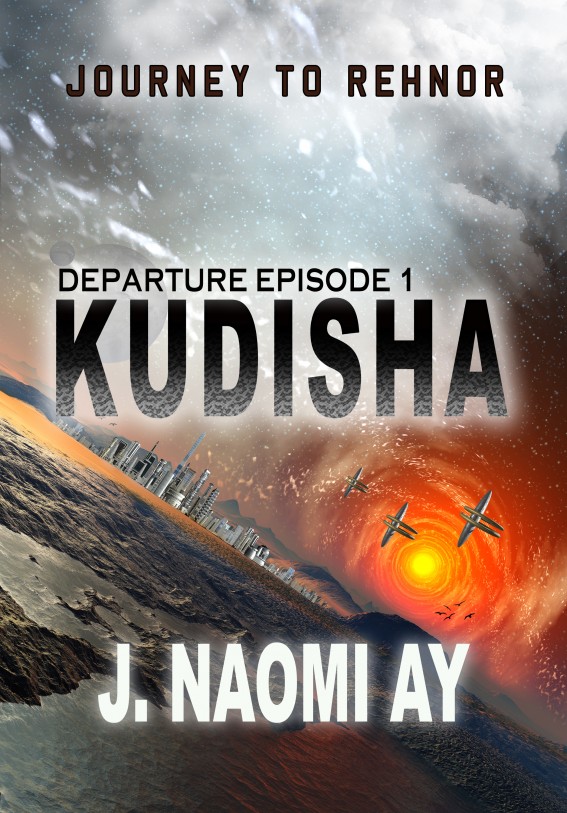 The Two Moons of Rehnor
series

The Boy who Lit up the Sky

Of Blood and Angels

The Days of the Golden Moons

Gone for a Spin

K
arukan
was never meant to be king. That exclusive honor was destined for
his elder brother, Sorran, who had been groomed and prepared for it
even before his much anticipated birth. Should Sorran have been
unable or deemed unfit to perform the duties entrusted upon him,
the next eldest, Revak was designated as a replacement. Karukan,
being the youngest male child, and the baby of the family, never
anticipated that he would ever be called upon in this capacity, and
thus, had led a relatively untroubled and happy life.

Of course, there was that ongoing war with
Hahr. No one could be truly carefree with young men marching off to
their deaths on a daily basis. Yet, after all these many, many
years of battling, the war was more of a background noise than
anything else, and consequently, never given more than a passing
thought by young Karukan.

No one was entirely certain what the war was
about any more anyway. Land and God most likely, as that was what
usually incited men to declare all others worthy of defeat on the
field of battle.

However, if any young person should
dare to ask, ‘
What danger requires that I
march off to my imminent death, as well as slay the other guy in
the process
,’ an elder person might
respond with some complex and complicated explanation or
obfuscation that essentially answered nothing.

“Well, you see, the people of Hahr are our
enemies,” the elder might say. “Long ago they did this or that to
us. They crossed this red line, and violated that treaty. We need
to war with them for our own safety. Do it for your
mother.”

And so, countless generations on both sides
spent their best, and in some cases, only, years attempting to
annihilate the other. Karukan was oblivious to it, though. He was
the quintessentially handsome, and pampered prince, adored by his
loving mother, and three elder, and equally doting
sisters.

When Karukan was fifteen years old, and in
prep school, spending his days ignoring teachers and forgetting
homework, Sorran became king. Their father had died suddenly of a
heart attack, literally falling over and out of his throne, during
a parliamentary meeting that had gone on for hours. No one was
certain why the old king had expired so suddenly. Although the
meeting was boring, it was no more stressful than usual. The
arguments were certainly not worthy of causing the old man a
coronary. A headache, yes, but nothing more lethal than that.
However, gone he was, and thus, Sorran was now in charge, something
the twenty-five year old Crown Prince assumed with
relish.

Determined to end the wars forever by
overwhelming Hahr with every means at his disposal, Sorran
immediately unleashed a barrage of his most incendiary, although
conventional devices. Karupatani had an arsenal of nuclear
missiles, something Sorran was game to deploy. However, his
father’s advisors did their best to convince him
otherwise.

Also, there was that annoying Parliament that,
in Sorran’s mind, served only to stay his hand, and nothing else.
This was contrary to the responsibilities of his office, as defined
and obeyed by Sorran’s forefathers for centuries already, which
were simply to agree and add his signature to the bills passed by
the people’s representatives. Sorran was to keep his opinions
neutral, smile handsomely, and put on a good show by marrying an
appropriately beautiful princess, and siring darling children who
would do the same.

However, the young king found these
restrictions intolerable, for he was inclined to believe himself
both more handsome and intelligent than anyone else, including all
parliamentary politicians, who were by definition both ugly and
stupid. He was also in possession of a pen and a phone with which
he would first sign off an order to nuke Hahr to bloody hell, and
then, phone it in to his airforce.

“No, you mustn’t, Sir,” the Lord Chamberlain
had begged, whilst wishing that he too had fallen over and died
like his friend, the current king’s father. This young man was
rash, and had no respect for the way things had always been even if
those things might be considered less than perfect. Life had been
good though. Not great, but good most definitely, and certainly
better than life after nuclear decimation.

Fortunately, at least for a while, Sorran’s
hand was stayed by the current crop of politicians who possessed
backbones. The bombs subsequently unleashed upon Hahr killed many,
but not all, and thus, the wars continued just as they always had
done.

In the meantime, Hahr retaliated with their
own bombs, for they felt likewise about Karupatani, and were ruled
by an equally young and enigmatic king named Markiis Kalila. He
also had a nuclear arsenal as vast and as deadly, with the same
desire to blow Karupatani to Hell, and back, or just to Hell.
Markiis Kalila’s princely hand, was also stayed by his
late-father’s advisors. Thus, like Hahr, Karupatani was spared
becoming a sheet of glass, if only temporarily.

However, Markiis Kalila was bold, and he, too,
thought himself far superior to anyone else, so with his own pen
and phone, he matched Sorran’s barrage, as well as upped the ante.
Using one of the largest devices in his possession, a body buster
of an amazing amount of force, Kalila had it dropped upon the Royal
Palace of Karupatani.

At the exact moment when King Markiis Kalila’s
kiss plummeted heavily from the sky, King Sorran de Kudisha
happened to be entertaining his mistress, as well as her friend,
and two other young women in a hot tub on the Palace’s back deck.
Sorran’s mother, the dowager queen, and his three princess sisters
were in the dining room eating quail in a sauce Béarnaise with a
side of sautéed mushrooms, and new potatoes.

Prince Revak, the next in line, was not in
residence at that moment, having just this day, completed officer’s
training school for the Royal Guard. He was celebrating his new
commission at a café in the city of Tirkoop, joined by a few girls,
who were tussling over who might sit next upon his lap. Revak was
enjoying this minor commotion, for all the girls were beautiful and
well endowed, and ultimately, he would end up with everyone before
the night was through.

Before Revak could sip the foam from the top
of his espresso cup, and before the brunette was knocked from her
perch on his left knee, he was interrupted by the ringing of his
cellphone. Having been informed of the fate of the king, his elder
brother, something Revak had only dreamt about for most of his
life, and with only a tiny measure of regret for the night he would
now be missing, the new king immediately departed for the Royal
Palace in Kudisha. As the Royal Limo had been parked inside the
palace garage, and like the residence, was now reduced to a pile of
smoldering ash, King Revak was forced to travel to his throne by
city bus.

A temporary palace was established at the
family’s summer residence near a lake, a small cottage with only
nineteen bedrooms, and forty baths. It was large enough for just
Revak, and his retinue of lords and ladies, with only a single room
to spare for his youngest and sole remaining sibling.

“Summon my brother immediately,” King Revak
commanded, from the throne which had been his father’s favorite
deck chair. “I need the baby, Karukan, here to help me
out.”

The next day, while standing on a soccer field
in the midst of a driving rain, and wishing he was inside doing
something else, Karukan was confronted with the most horrific news.
This was immediately after the ball was lobbed in his direction by
a passer. The boy had intended for the prince to receive it, and
follow through with the effort of driving it to the goal. Karukan
had been standing cold and bored, for soccer was merely a sport he
was required to play in order to fulfill the physical education
credit demanded by the school.

Dispassionately, he gazed at the bouncing ball
as it trundled almost exactly to his feet. Half-heartedly, he held
out a foot, and unfortunately, trapped it. Languidly, he coaxed his
legs into a run, only to be flattened by the opposing team as they
converged upon the ball, three men abreast.

Karukan was left to lay upon the grass newly
covered in brown mud, as well as in possession of a few new bumps
and scratches to his royal knees. He was considering how much he
truly hated this game, and always had, when the referee’s whistle
blew to immense relief. Karukan assumed this was due to an injury
timeout, as he had made no effort rise from his prone position. In
fact, he preferred to lay amongst the muck, delaying the game for
as long as he possibly could, running the clock, and hoping it
would soon be over.

“I’m okay, Coach,” he mumbled, grabbing his
knee and moaning dramatically, when several legs and feet gathered
around his head.

“Sir,” someone other than the coach replied.
“Your Royal Highness, are you alright?”

“I’m just winded, and maybe, slightly injured.
That’s all. I’m getting up.” Karukan half rose to his knees, before
realizing he was surrounded by Royal Guard.

“Sir. Your brother, His Majesty King Revak
requests your presence at the Royal Palace.”

Karukan was summoned to his
brother’s side, not to provide assistance or wise counsel. Rather,
King Revak, having acquired the much coveted crown, meant to do
everything in his power not to lose it. This would include keeping
his brother under tight supervision, surrounded by Royal
Guardsmen
for his own safety
all night and day.

“You see, dear brother,” Revak proclaimed,
upon issuing the edict which confined Karukan to the estate. “You
are my only heir. I must make certain you stay alive. Without us,
the crown will pass from the princes of Kudisha to our unworthy
distant cousins of Tirkoop. We wouldn’t want that to happen, would
we?”

“No.” Karukan shook his head, woefully
following the Royal Guard who locked him in his room.

Karukan understood the reasoning behind his
brother’s limitations, but disagreed when it came to the
implementation. However, he did not protest, as his brother was the
King, and Karukan had been raised to obey his liege’s command. In
an odd way, the boy was actually pleased that he was now prohibited
from exercising beyond a daily walk about the grounds, as he was no
longer required to suffer the indignities of a soccer.

Further, the King insisted that his brother’s
meals be strictly controlled, lest someone attempt to poison the
heir with something in his food.

“I’m sorry, sir,” the maid was often heard to
say, as she left his dinner at the young man’s door. “It’s hard
biscuits and water again for this meal.”

Boy Proof by Castellucci, Cecil
Private Entrance (The Butterfly Trilogy) by Kathryn Harvey
Once a Father by Kathleen Eagle
One Mississippi by Mark Childress
Mr. Unforgettable by Karina Bliss
Recourse (The Arrangement) by Silva, Amy
Evelina and the Reef Hag by R.A. Donnelly
Ruby Dragon (Awakened Dragons Book 3) by Terry Bolryder
Not I by JOACHIM FEST
The Fifth Civilization: A Novel by Peter Bingham-Pankratz