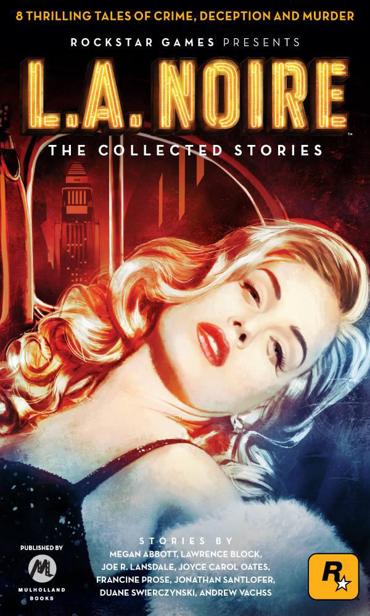 STORY ONE:
THE GIRL

Award-winning author Lawrence Block delivers a poignant and painful look at domestic abuse and its harrowing after-math as a retired L.A. cop recounts the story that has haunted and colored his life.

In this story of love, betrayal, and murder, Joe R. Lansdale creates a vivid protagonist who confronts an ugly truth in his past to solve a crime in the present before
L.A. Noire
homicide detective Rusty Galloway even has a lead.

One of the most esteemed writers of our time, Joyce Carol Oates has often blended fact and fiction—the incident at Chappaquiddick in her novel
Black Water
, the murder of JonBenét Ramsey in her novel
My Sister, My Love
—and does so once again in this brilliant reimagining of the Black Dahlia murder case and the young Marilyn Monroe (Norma Jeane Baker), a story sure to haunt readers for a long time.

Distinguished writer of bestselling fiction and nonfiction Francine Prose goes full throttle in her darkly humorous take on Hollywood, the making of noir films, and acting that goes far beyond the Method.

STORY SIX:
WHAT’S IN A NAME?

Well-known artist and award-winning writer Jonathan Santlofer, who has often explored the dark psychological makeup of criminals and sociopaths, here crafts a tale of murder and identity that is both heartbreaking and terrifying.

STORY SEVEN:
HELL OF AN AFFAIR

Duane Swierczynski reveals the dizzying spiral of duplicity that drives
L.A. Noire
character William Shelton into a headlong collision with the wrong side of the law.

Andrew Vachss, an attorney specializing in child protection, always takes on important and disturbing social issues in his work—whether in fiction or in real life. Here is a pointed, painful look at the bitter racism, shaped by prejudice and combat, that fuels a couple of postwar hit men.

New from the authors of L.A. Noire: The Collected Stories

On the infrequent occasions that I make it out to L.A., to work on the cop show I have a hand in, I always make time to have dinner at Musso & Frank. They’ve been serving the same menu since 1919, the same steaks and chops, the same sauerbraten and lobster thermidor. The seats at the counter in front of the grill have the same buffed leather upholstery, and if you lean in close you can see rings on the bar left behind from Raymond Chandler’s shot glass.

They say he wrote parts of
The Big Sleep
here, maybe all of it. They say Jim Thompson, author of
The Killer Inside Me,
often drank himself into a stupor here and had to be helped home. Charles Bukowski, too, and F. Scott Fitzgerald—writers of all stripes used to pickle themselves here. But because of Chandler and Thompson, and because of the look and feel of the place (it could be a set from
Chinatown;
it was, in fact, a set in
Ocean’s Eleven
), it’s got a special spot in the hearts of writers and readers of crime fiction. And not just crime fiction—the particular sort of crime fiction we call noir.

You might wonder why a crime writer living in New York would have to fly across the continent to Los Angeles to have a proper noir experience. It’s the same reason that the folks at Team Bondi and Rockstar Games decided to recreate L.A. inside a computer to give gamers the ultimate noir (or
noire,
if you prefer) environment to explore. If you want a proper Western experience, you go to Tombstone, Arizona; for romance, you go to Venice or Rome. For noir, you go to L.A. Ironic, I suppose, given how strongly California is associated with brightness and sunshine; even more ironic given how synonymous Hollywood is with happy endings (if you say that a movie has a “Hollywood ending,” you mean pretty much the opposite of what goes on in a film noir). But facts are facts, and for generations of readers and writers and filmmakers, L.A. is noir central.

I don’t think this is in spite of Hollywood’s sunny associations—I think it’s because of them. Nowhere on earth do you get to witness more clearly the collision between fantasy and reality than in L.A., the clash between the dreams being spun for the cameras at twenty-four frames per second or enjoyed by stars in the mansions of the Hollywood Hills and the dire existence being lived by the other 99.9 percent of the population, the one doomed never to make it to the Technicolor side of the rainbow.

Musso & Frank is located right on Hollywood Boulevard, a street that is literally paved with stars—you don’t get more dreamlike than that. But the last time I walked that stretch of pavement after the sun went down, I saw a young man in handcuffs being jammed into the back of a police car; then I was approached by another man walking along with his hands in his coat pockets muttering hopefully, “Medical marijuana… Medical marijuana…” Darkness and light. Pawnshops and drug clinics and tranny hookers plying their trade on the same boulevards on which chauffeur-driven Bentleys and Maybachs ferry studio executives working out hundred-million-dollar deals in the backseat. Would-be screenwriters and actors and makeup artists living on Craigslist gigs and ramen look up each night and see the Hollywood sign staring down at them from the mountains—so bright and clean and hopeful and impossibly far away. Yes, every major city has slums, has desperate people living desperate lives—but only in L.A. do the slums come with a view of Shangri-la.

When Rockstar Games set out to create a classic noir experience, they realized that there were two equally important elements that had to be present: the look and feel, which had to immediately conjure up the unforgettable sights and sounds of the great noir films of the 1940s and ‘50s (and their neo-noir cousins from the 1970s and beyond), and the storytelling. Focus only on the sights and sounds and you have an empty shell, a pastiche. Anyone can put stick figures in trench coats and fedoras, slap some saxophones on the sound track, and call it noir. What makes genuine noir is not just the atmosphere but the stories—heartrending tales about people facing terrible situations and, all too often, not surviving.

And what better lens through which to view these stories than the eyes of a cop? The characters involved in any particular crime get to see only the events of that one story—a cop gets to see them all. So
L.A. Noire
puts you into the shoes of Cole Phelps, an ex-marine now working for the LAPD, a more or less clean cop in a more or less clean department with the good or bad fortune (you decide) of having worked his way up to the homicide desk during one of the most notorious years in LAPD history: 1947. That was the year that opened with the discovery in a city park of the mutilated body of Elizabeth Short, nicknamed the Black Dahlia by the newspapers; and as the year wound on, other women, one after another, were found murdered in gruesome and sadistic fashion—this one strangled with a stocking, that one beaten to death with a claw hammer, yet another found with obscenities scrawled on her corpse in lipstick. Arrests were made in some cases, but the Dahlia’s killer was never caught. And the problem is… who knows how many of the other murders the killer was responsible for? In some cases, it’s possible that not only did the guilty party not go to jail, an innocent man went in his place.

That’s the thoroughly noir real-world backdrop against which the stories of
L.A. Noire
unfold, and although Cole isn’t assigned the Dahlia case itself, many of the cases Cole does investigate are ripped straight from the headlines of the day. You’ll get to examine that lipstick-smeared corpse yourself—better have a strong stomach. And lest you think that catching a latter-day Jack the Ripper is all you have to do to earn your pay, rest assured that Cole Phelps’s workday is a long and full one. There are arsons and explosions to look into, vice cases involving fixed boxing matches and reefer peddling
(Medical marijuana… Medical marijuana…),
hit-and-run cases that hide sordid marital infidelities… oh, and some cases that are tied directly to the film business, though the films involved might not be the sort you’d find playing at your local theater.

Depends on your neighborhood, I guess.

These, then, are the stories in the game, and a satisfyingly sordid lot they are. But the Rockstar crew wanted to go even further on the storytelling front, wanted to give players an extra treat while also tipping their hats to the literary element that has always been central to the world of noir. What they did was invite some of the most acclaimed living practitioners of the noir storytelling art—literary figures such as Joyce Carol Oates and Francine Prose, giants of the crime-writing world such as Lawrence Block and Andrew Vachss, award winners and stylistic innovators and cross-genre geniuses such as Joe Lansdale and Megan Abbott, Jonathan Santlofer and Duane Swierczynski—to each write a new short story inspired by the world of
L.A. Noire
. Some of the stories use particular cases from the game as a jumping-off point, others simply share the game’s setting and era and spirit—but they all give you a view of humanity in extremis, of the beaten-down and those who savagely dole out the beatings, and of the thin blue line that tries, not always successfully and not always in ways that are strictly legal, to stand between the two.

It is perhaps worth noting that, to the best of my knowledge, not a single one of these authors lives in L.A. The closest is probably Joe Lansdale, who lives in Texas; otherwise it’s a bunch of New Yorkers, a Philly boy, a Jersey girl.

Doesn’t matter. L.A. is where you come to drink at the weathered bar with Chandler’s ghost—to luxuriate in the shadows, to walk the mean streets, to remember, if you’re a noir writer, where it is you came from. In its way, what Rockstar has done is invite eight of the finest writers in the business to a dinner at Musso & Frank—and what a feast it is.

So: tuck in. Napkin in the shirt collar, knife and fork at the ready—you’re going to be served a rich and subtle and darkly delicious meal, savory in its unsavoriness. Just keep your wits about you. It takes a while to finish an eight-course meal, and it’s getting dark out there. By the time you step out onto Hollywood Boulevard again, there could be some dangerous souls sharing the street with you. And, yes, those are police sirens you hear in the distance—but if there’s one thing
L.A. Noire
teaches us, it’s that the police don’t always make it to the scene in time. 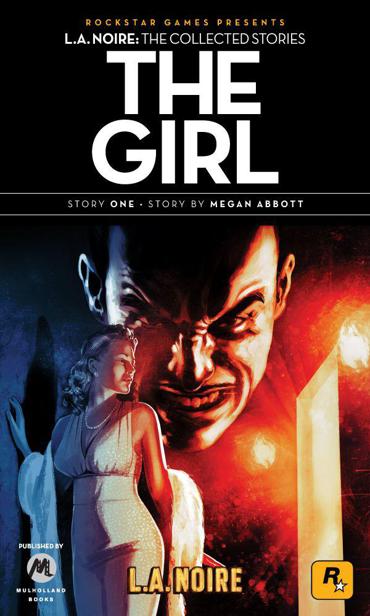 The Girl in Berlin by Elizabeth Wilson
Girl Missing by Tess Gerritsen
Corvus by Paul Kearney
Chain of Illusions (Bringer and the Bane) by Brux, Boone
Haunted Hearts by Teresa DesJardien
Till the Break of Dawn by Tracey H. Kitts
Jackrabbit Junction Jitters by Ann Charles
Christmas At Thrush Green by Miss Read
The Raid: an Eden short story by Taylor, Keary
Sticks and Stone by Jennifer Dunne