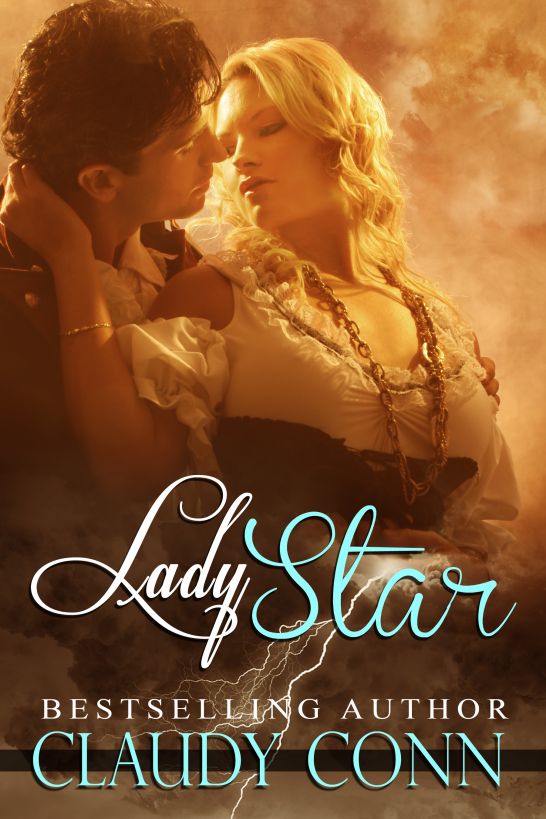 Copyright © 2014 by Claudy Conn at
Smashwords

Names, characters, and events depicted in this book
are products of the author’s imagination or are used fictitiously.
Any resemblance to actual events, places, organizations, or
persons, living or dead, is entirely coincidental and beyond the
intent of the author.

No part of this book may be reproduced or transmitted
in any form or by any means, electronic or mechanical, including
photocopying, recording, or by any information storage and
retrieval system, without permission in writing from the
author.

Sometimes the heart sees what is invisible to the
eye.
H. Jackson Brown, Jr.

ON THE SEACOAST road to Rye, in the midst of
a summer’s hazy day, stood Sir Edward Danton. His uncovered head of
silver tinged ginger colored hair blew around his lean and handsome
face. His lightweight, neatly tailored and soberly fitted blue coat
was in some disarray with one sleeve torn and a lapel badly smeared
with grime.

His attention was on the rise and fall of the
breakers and his uncovered hands were clasped tightly at his
back.

Behind him, in a deep and narrow ditch, one
could see the sad semblance of his hired coach. One of the two
horses that had pulled it into its present predicament stood
grazing and hobbled not far off. The driver had ridden the other
coach horse into town to seek help.

The morning had started in a thrillingly
delicious manner. He had abducted the lady of his choice and was
set on marrying her willy-nilly. He had truly believed that she
loved him and wanted to be swept off her feet.

How could he have been such a fool? She
didn’t want him. She didn’t want to be swept off her feet by him.
This had not been driven home until it was too late.

His day had come dramatically to a halt with
his coach in a ditch and his lady love in the arms of another.

He was bruised of heart, mind and body. He
was, for the first time in his adult life, left confused, dazed and
insecure.

He had lost her to nothing less than a
duke—Lord Wildfire himself. There was some solace in that, but the
loss of Lady Babs was deeply felt all the same. He had been
enchanted with Lady Babs. He found her delightful of mind and
character. He also found her desirable and thought she actually
wanted him, but was playing a game.

His pride had taken a throttling and his
heart had taken a beating. He had now to take a long hard look at
himself and what he saw, he found he no longer liked. It came home
to him that he knew she wasn’t really enamored with him. He hadn’t
cared. What sort of man had he become? Was he so spoiled that he
only looked to his own needs?

Somewhere along the way, he had lost the man
he had been and had become a stranger to himself. It was no wonder
Lady Babs had rejected him so roundly.

To be sure, he felt ill used. Had Lady Babs
not teased him—led him a playful dance while she flirted
outrageously with him?

Had he decided to abduct her because in his
heart he knew that was the only way he could make her his own? Yes,
the answer was a slap in the face—yes!

What had he been thinking? He hadn’t been
thinking—that was the trouble. He believed, or thought he believed
that given her impetuous nature, she would enjoy being swept off
her feet and fall instantly in love with him. What a complete fool
he had been.

Before she left with the duke she had told
him that he was not in love with her.

Was she correct? Time, only time would tell.
What was that thing philosophers always went on about? Ah yes, time
washes love’s wounds clean. He sighed and stared at the sea.

The breakers crashed, flinging pebbles on the
sand and he paced a bit with some of his frenzy returning to haunt
him. What had he done? He closed his eyes as he thought of how he
had even threatened blackmail. He had suspected at that point that
she was no longer simply teasing him, dallying with him. He had
realized hadn’t he, that she did not, definitely did not want him
and yet…he abducted her all the same. Why? Did he think to change
her mind with such cavalier behavior?

What he needed was to take a good hard look
at the man he was becoming and repair the damage before it was too
late.

First, he had to get away. He would travel on
to Rye, send for his things then perhaps visit friends in Cornwall.
It was a long trip and a goodly time away from the ton’s gossip and
frivolous society—that was what he needed.

Another environment for the summer.

He turned at the sound of horses and the
grinding of wheels signifying a carriage at his back and observed
that the driver of his coach had returned with a smithy’s wagon and
several husky men.

He would send the driver back to Brighton to
collect his valet, groom, and his own horses. That’s right. That
was the ticket and then he would be off and away. He would forget
Lady Babs, his humiliation and the fact that he was no longer the
man he thought he was. He would put this horrible business behind
him and become the man he should be.

Star Berkley’s hair was the color and texture
of cornsilk. She wore it in a style peculiar to herself and one
that was not at all fashionable.

It was cropped in short layered waves, first
presented to the haute ton by Lady Caroline. This style had been
adopted by a few daring ladies of the
ton
, but most of the
gentlemen still preferred a woman to wear her hair long.

Star’s brother had encouraged her to continue
to keep it cropped and she found that because it suited her to do
so, she would not give a fig for what the gentlemen of the
haute
ton
thought.

Star’s face was piquant and heart shaped,
giving her a naughty pixie-like countenance. Her nose was small and
pert, her lips, full and rosy. However, as she turned from the
mirror in her brother’s room, she sighed heavily. She did not count
herself a beauty, or notice the fact that she turned male heads
wherever she went. She thought, in fact, that she might never meet
her true love and told her brother, “I don’t know, Vern. Perhaps I
was not meant to fall in love and marry.”

He laughed and looked her over. “Well, Star,
perhaps I was wrong. Perhaps you should grow your hair and wind it
all around your head in curls. Indeed, you would be stunning with
such a hairdo.”

She plopped on the bed beside him. “I am
afraid that you see me out of brotherly eyes…I am far from
stunning.” She peeped at him naughtily, “Why…I look like you.”

Her dark slightly almond shaped eyes, framed
with dark thick lashes, laughed into the same dark eyes. He
chuckled heartily, but that chuckle gave way to a fit of
coughing.

Her spontaneous smile and infectious laughter
vanished as she bent toward him on the bed and touched his
shoulder. “Oh dear, Vern…you should be better by now.”

Her brother’s coughing subsided and he took a
long gulp of air, looked her over with deep affection and said,
“Star…and you shouldn’t be here looking after me. You should be in
London…at routs and balls and…”

“Hush,” she admonished. “You take on too much
to yourself. Why…that is neither here nor there. What do I care for
such frivolities?”

“You can’t fool me, Star, besides it is what
I promised Papa I would do for you.” He pulled a face. “I have made
a mess of it.”

“Vern, you are only two years older than I.
Papa was unable to pull us out of the mess
he
not you
created. I loved him so dearly, but he shouldn’t have made you
promise to do take on his burden. Matters were dire long before you
inherited.”

He frowned and turned away from her to stare
out the window. Star was worried. She got up and took the sponge
out of the bowl of warm water touched with rose water she had
brought up and began wiping his head and neck with its soothing
application.

Suddenly he took hold of her hand and said,
“Star.”

“Yes, Vern, what is it, darling…do not
get so worked up,” she cooed in an effort to calm him down.
Faith
! He suddenly looked frantic.

She wished Doctor Hayes would arrive. Vern
should be much better by now, but he wasn’t. She had sent Jeffries
who she couldn’t really spare from the stables to fetch the doctor
to the Grange more than an hour ago.

“Star…” her brother cried out again. “Damn,
but it is hot…so hot in here.”

All at once, he startled her by sitting
straight up in his bed. He grabbed her wrists. His eyes were black
pools boring into hers. Star was surprised by the intensity of his
grip.

He said, his voice sounding frenzied, “Star,
it has just come to me—now when I realized how much we look alike.
Damnation!
Why didn’t I think of it sooner?”

“Vern…what are you talking about?” Star
frowned with concern and wondered if the fever had made him
delirious.

He moved his hold from her wrists and
clutched her hands, “Star, sis…it will be a simple thing. You are
shorter, yes, but perhaps that won’t be noticed,” he squeezed her
fingers and she objected.

“Oh, sorry, sis, but you must listen to me,”
His voice was hoarse and he swallowed hard. “There isn’t time. I am
out of time…
out of time.”

“You aren’t making any sense, Vern. What are
you talking about?” Something however, had gripped at her heart.
Instinctively she knew something awful was coming. Her spine felt a
horrible tingle shoot through it. She had known something was off
with Vern and had been over the last month.

She had been unwilling and was
unwilling still, to acknowledge what she knew in her soul to be a
fact. Her brother had been associating with the wrong people. She
was sure of it. She withdrew her fingers from his hands and stroked
his damp cheek, “Just hush, the doctor will be here soon.”