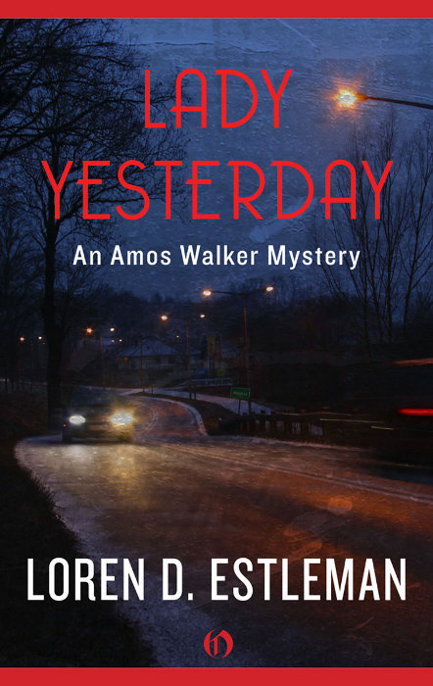 the wizard in the corner

Ah, those were the days—top and bottom, breakfast dances, and real jam sessions. Let’s pause here and pay tribute to Willie “The Lion” Smith, Stephen “The Beetle” Henderson, James P. Johnson, and Willie “The Tiger” Gant.

I
T WAS
F
EBRUARY
by the time I caught up with Clara Rainey, at the end of a trail that wound to Miami and back north to a steakhouse called Astaire’s in Quakertown south of Bloomfield.

The place was a long way from rock bottom. The neon sign on the roof was a top hat. Double doors that looked like big chocolate bars with the letter
A
carved on them in script led into the bar or the restaurant, depending upon which one you took. Inside, on a thick red carpet with black flocking, a group of senior citizens in high-belted suits and print dresses and strings of colored stones waited for a six-foot champagne blonde behind the reservation stand to seat them. Waitresses dressed in sky-blue tops with puffed sleeves and short black skirts slit to the ceiling breezed through the dining room carrying platters to and from the kitchen, drawing cooking smells and clatter out into the room in the current of the swinging doors. Candles sparkled in thick orange glasses on the tables and the place smelled of starched linen and leather upholstery and tip money. It was all engineered to make you hungry enough to try Astaire’s World Famous Prime Rib.

At the bar I paid twice the usual amount for a tall Scotch because the entertainment had started and carried it through an arch to the piano and set it on the glass top. Clara went on tinkering with “I Love You Just the Way You Are” and didn’t look up.

She had changed her hair—it was a frosty color now, chopped off at the nape and blown out into a porch roof over her forehead—but her face was the same pale moon under the make-up and her eyes were set far apart. She had lost some weight and looked almost trim in a green satin dress with a scoop front that exposed the heart-shaped birthmark her husband had made me aware of high on her right breast. No jewelry, not even a wedding band. She was forty-two and looked it, but not in a bad way.

When she asked me for my request I poked one of my cards into her tip glass face-out and said, “Axel says to play ‘Clara, Won’t You Please Come Home.’ ”

She didn’t jump up and run away. She didn’t even drop a chord. Instead she took up the melody with her left hand and raised her right to test the porch roof over her eyes. For a space I wondered if I had the right party. “I thought someone would be around before this,” she said then.

“I lost you for two weeks in Atlanta. I had to bribe an acting desk sergeant for a blotter item that should have been public record.”

“Was he small, with glasses?”

I said that sounded like him. She made a croaking noise. “The little bastard had me strip-searched in a room with a trick mirror. I threatened to go to his lieutenant and he couldn’t erase my name fast enough.”

She went on playing. “The best things in life are free, on a full stomach.”

I assumed a listening attitude with my drink in hand and she told me the story. She had run away with her husband Axel’s accountant to Florida, where he’d ditched her, sticking her with the hotel bill. To pay it she’d hustled drinks in a dive called the Gold Coast Lounge, got busted with the owners when DEA took it down for trafficking in the rest rooms, was released, and hitchhiked back to Detroit, getting arrested for that once in Atlanta. In between she’d hooked a little to eat, operated a cash register in a Memphis diner, found Christ, lost Him again, and got raped by a goofed-up college freshman on his way back from Lauderdale. Reaching Michigan finally she’d drawn on three years of concert piano in high school and Darryl Astaire’s weakness for ice-blondes to land this spot. She’d been away from home eight months.

I knew some of it and could guess the rest, but I let her tell it all, shaking my head on cue and sipping from my glass. She had let the Dutch boy go; it was all gushing forth now. It wasn’t my business, but I liked the husky sound of her voice and the way her short strong fingers waltzed over the keys as she spoke. She played “Penny Lane” while talking about her husband and I made comments in the expected places and then we agreed that she was better off where she was. She had an apartment on Grand River and some money in the bank and something going with Astaire and when she bent her lips to smile it looked real, not the I’m-hanging-on-by-my-fingers grin in the snapshot
in my
shirt pocket. When I said I’d have to report to Axel Rainey she rolled her shoulders and said she’d been thinking of calling him and telling him where things stood.

From start to finish I knew everything that was coming in the conversation, including some of the phrases and the places where she would stop to wipe her eyes, complaining about all the smoke in the room. The work was getting to be like licking stamps eight hours a day and I was doing some hanging on of my own.

“Will you give me twenty-four hours to talk to him myself?” she asked. “If he comes storming in here the way he usually does things Darryl will break his back.”

“I just won’t charge him for the extra day.”

“Thanks.” She noodled the keys. “You’re sort of human for a bloodhound.”

“If you run again I’ll trace you again and he’ll pay me for that.”

I passed that one up. Either my veneer was peeling or she’d learned a lot since Miami.

She shuffled her music sheets. “
There’s
someone who needs a detective.”

I followed the incline of her head and looked at a woman in an eggshell dress sitting at a small table by a partition with a fern hanging over it. The fern was working on dipping a tendril into her teacup and I couldn’t see her face for the brass pot. Her slim hand resting on the tablecloth was an even light brown with a ring on it.

“She’s been here two nights waiting to talk to Darryl. She won’t say why. I told her he’s out of town but she probably thinks I’m covering for him. She’s in trouble. I guess I know that look.”

The woman turned in her chair to nail a passing waitress and I saw her face. Under a turban the same gray-white as her dress she had a profile like an Egyptian princess in the days before the Europeans stumbled in and gummed up the bloodlines, and in the candlelight her skin was the color of antique gold. Her eyes were just a little too large and her chin came just a little too close to a point. She was the best-looking feature in the room. I knew her, of course.

I looked at Clara Rainey. She wasn’t playing. The light over the piano struck sparks off the glitter-dust on her eyelids.

“I asked if you had a request.”

After a beat I scraped a dollar bill off the inside of my wallet and stuffed it into her glass. “ ‘Dark Lady.’ ” I picked up my own glass again and took it to the table.

“F
URTHERMORE,
I
RIS”
I
SAID
, sitting down.

It took her a moment. She was about to call someone to sweep me out the door. She’d dealt with her share of uninvited males. Her eyes got bigger than eyes have a right to get. A gold pin shaped like a unicorn with a diamond horn flickered on her turban. “Amos?”

“I like the pin. I’m not sure yet about the towel. I keep wanting to complain about the price of gas.”

Her expression completed a tight 360 from anger to surprise to joy to suspicion; the old triple play. “Did you follow me here?” Her hand was resting on a white leather purse on the table with the clasp open and her fingers curled inside. I ignored it for the time being.

She relaxed a little, but the hand stayed where it was. “I left the island a week ago. What are you here, a bouncer? Give up Sherlocking to roust the colored folks out of genteel establishments?”

Her West Indies accent had become more pronounced in her time away. I drained the glass and set it down. “Excuse it, please. I thought I saw an old friend. My mistake.” I started to push myself up.

“My mother died Thanksgiving Day,” she said. “Not that Thanksgiving’s celebrated there, but it always seems to happen around a holiday.”

She smiled. It changed everything about her. She took her hand off the purse then and ran a gold-nailed finger around the edge of her teacup. A simple enough gesture, but with as much sex in it as I’d seen her put into anything, and she’d walked past me stark naked the first time I’d laid eyes on her, in a John R whorehouse that had since been turned into a hotel for women; hotels for men being discriminatory. At the time I’d been looking for a missing woman. I was starting to think I was in a rut.

“I keep thinking about that heart pendant you got back for me, the one I was afraid to go home without because it was a present from my mother. I was pretty innocent.”

“As innocent as a hooker with a heroin habit gets.”

“What’s sex and dope got to do with knowing the score?” Anger again.

“We’re not getting off to the right start, are we?”

I shook out a Winston, just to be doing something. A pale brunette in a cinnamon business suit seated at the next table glared at me over her vegetable curry. We were in the nonsmoking section. I winked at her and stuck the cigarette in my mouth and didn’t light it.

“Whoever said death is part of life just made it worse,” she said. “It isn’t natural at all. Talking to someone you love who’s dying and them answering. Both of you knowing it and not talking about it and the world doesn’t stop or even slow down like it doesn’t mean nothing. We’re all of us nothing and that’s the score.”

She drank from the cup. “Bet you missed these conversations.”

Mad Boys by Ernest Hebert
Team Human by Justine Larbalestier
A Heart Full of Diamonds by A.M. Jenner
The Weeping Desert by Alexandra Thomas
Sammy in Italy (Single Wide Female Travels #2) by Lillianna Blake
Underneath It All by Scheri Cunningham
Ready or Not (Aggie's Inheritance) by Havig, Chautona
The Story of Britain: From the Romans to the Present by Rebecca Fraser
How to Date a Dragon by Ashlyn Chase
Don't Break My Heart (Straight from the Heart #3) by Breigh Forstner