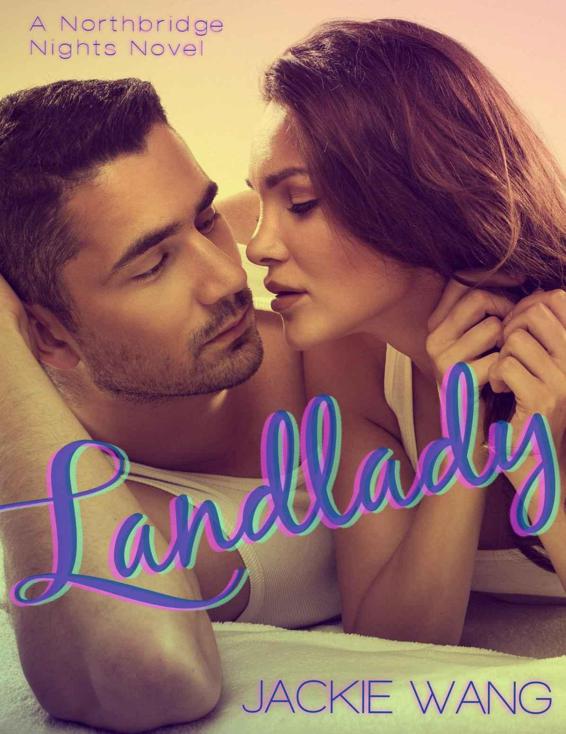 No part of this publication may be reproduced,
distributed, or transmitted in any form or by any means, including
photocopying, recording, or other electronic or mechanical methods,
without the prior written permission of the publisher, except in the
case of brief quotations embodied in critical reviews and certain
other noncommercial uses permitted by copyright law. For permission
requests, write to the publisher at
[email protected]

This is a work of fiction. Names, characters, locations and
incidents are all products of the author's imagination or are used in
a fictitious manner. Any resemblance to actual facts is purely
coincidental.

This ebook is licensed for your personal use only. It may not be
re-sold or given away to others. If you would like to share it with
others, please gift them a separate copy. Thank you for respecting
the author's work.

Edited and Proofread by Dominique Scott

From the feisty curve of her hips to the delicious curve of her lips,
there isn't a single inch of her I don't like. Too bad she’s my
landlady, and completely off-limits.

If I don’t play nice, I might find myself evicted.

I don't want to play nice, though. Not one bit.

I wish I wasn't so drawn to Sierra Maywood's country girl charms and
feisty attitude...but I am.

He’s the type of cocky bastard who thinks he can get away with
murder. Perfect hair, chocolate eyes, sculpted body—we get it,
you’re smoking hot. But just because you’re also a rich,
successful lawyer, doesn’t mean I’ll jump into bed with you.

Asher Morgan is a certified egomaniac. He also happens to live with
me in the house I inherited from my grandma.

I wish he wasn't a walking piece of smoking hot temptation...but he
is.

I wish his penetrating gaze and easy smile didn't churn my
insides...but it does.

It'll take every last ounce of my self-restraint to resist him.

This is going to be one
long
summer.

Northbridge Nights is a series of standalone romances featuring a
close-knit group of friends living in Northbridge City. Each novel
can be read in more or less any order.

*Did You Know?* All my contemporary romances
feature interconnecting characters. In
Landlady
,
Asher Morgan is Vanessa and Lexi Holdom's (from
Love
Affair in Venice
) lawyer.

A New Adult Romance for Mature Readers Only

FACE DOWN, ASS UP, panties on the ground.

What's your favorite position? Whatever it is, I'm game. I can go for
hours, multiple rounds, and if you're not screaming my name by the
end of the night, I'm not doing my job right.

I love pleasuring women of all shapes and sizes. Against the wall, on
the table, under the stars—just say the word and I'm there. I like
to make magic—sinful, orgasmic magic. Simple as that.

Over the years, I've mastered the art of sex. A couple licks here, a
few nips there, and the girl is writhing between my legs. When I whip
out my cock, she's putty at my feet. When I put it inside her, she's
gone
. Sheet-twisting, back-arching, moaning, aching—
gone.

Drunk on euphoria, she'll see fucking stars by the time I'm through
with her.

Women aren't hard to figure out. They think about sex and want it
just as much as men do. They just aren’t as openly vocal about it.
Beneath some of the most innocent-looking exteriors, I've discovered
the kinkiest of sex goddesses. The harder they tease, the harder I
play, until one or both of us surrenders to intoxicating oblivion.

I love bringing my women to sexual paradise. There's nothing like
watching a woman's face as her body bridges pure rapture. It's
primal. It's raw. It's unadulterated bliss—the best kind there is.
Female orgasms are my drug. Often, my need to give pleasure
supersedes my need to receive. I'd much rather watch my partner
climax over and over instead of spoiling the fun by quitting early.
If being too selfless in bed is a crime, then by all means, arrest
me.

Sex is great. Sex is
fucking
awesome
. I hope I keep hitting home runs until I'm a fucking
sixty-year-old silver fox. But lately I've been thinking,
is this
all there is?
Or is there something else I'm missing in my life?
I mean, this can't be it—it's fun, sure, addictive, God yes, but
sex alone isn't fulfilling my needs anymore.

I think I'm missing out on something—something big.

What is it? Intimacy? Love?

God knows I want to find it.

But where do I start looking?

Obviously, I've searched between the sheets and come up empty.

Then I meet one Sierra Maywood, and she obliterates everything I've
ever known about women. She is unlike anyone I've ever met.

This is our story.

“SHE LEFT ME EVERYTHING.”

“What do you mean, Sisi?” Callista asked, sinking next to me on
the sofa.

“Grandma Beatty left me everything she had,” I repeated, letting
the words sink in. “In her will.”

“Why do you sound so surprised? You two were close. She loved you
more than anything,” Callista pointed out.

I tried to force down the lump in my throat. “I don't deserve it.
If anything, the house should go to Jordan. He's older than me.”

Callista scoffed. “Leave it to your good-for-nothing brother so he
can piss it all away on booze and cigarettes? Get real.”

“Still,” I sighed. “Jordan will kill me once he finds out.”

“Did you tell your parents yet?”

I bit my fingernails, chipping the nail polish I'd just put on
yesterday. “We're not exactly on speaking terms.”

“Same old spiel. Dad wants me to come work on the farm this summer.
I said no.”

Callista frowned. “He's still trying to convince you that shoveling
shit and feeding the chickens is more rewarding than slaving away as
a seamstress in the city?”

I nodded. “He reiterated that college was 'a complete waste of
money' and that I'd be up to my eyeballs in debt just for a piece of
paper to hang on the wall.”

“That's not even the half of it,” I said. “Every time I call my
parents I get an earful. I'm sick of it. Even my mom's starting to
have doubts.”

“I believe in you Sierra. That counts for something, right?”
Callista smiled and squeezed my hand. After a pause, she added, “Do
you want to talk about your grandma?”

I gave her a half-smile. “I'm okay. Almost relieved I guess.
Grandma suffered for a long time. She's finally pain-free now.”
Grandma Beatty had been battling ALS for two years before a stroke
last month finally ended her suffering. I was grateful that she was
in a better place now.

“I'm always here if you want to talk,” Callista offered.

“Thanks, Cally. You're the only person I can really count on.” I
stood up to check on the pizza. As soon as I opened the oven door,
the dorm kitchen filled with the scent of greasy meat.
Burnt
greasy meat. “Shit, I ruined dinner,” I said, turning on the
range hood and opening the window. Fat, smoky tendrils curled up
towards the ceiling and I coughed.

Callista laughed. “How do you always manage to burn frozen
dinners?”

Within seconds, the blaring smoke alarm assaulted our ears. I tossed
Callista a magazine and she started fanning the beeping nightmare
affixed to the ceiling.

I turned off the oven, pulled out the charred Pepperoni Deluxe and
dumped it in the compost bin. “So...Mickey D's?” I suggested.

“Only if you're buying,” Callista said, already grabbing her
purse.

“Okay, but only because the oven gods hate me,” I replied,
smirking. “One day I'll learn how to cook, I swear.”

Two days later, I said my final farewells to Sage Hall, the squalid,
beige building I'd lived in for the past year.

“You sure you've got all your stuff?” Callista asked, nodding to
the five boxes in her trunk and backseat.

“I'm not a hoarder like you,” I teased. “That's everything.”

Callista stuck out her tongue. “I'm not a hoarder, I'm an avid
collector of fine things.”

It took twenty-five minutes to drive from campus to Grandma's house.
I hadn't been there in almost four months, so I was eager to see it
again, despite everything. When we finally pulled up, both Callista
and I gawked at the mansion before us. Well, it wasn't really a
mansion
but compared to the tiny dorm rooms I'd lived in for
the past three years, this was a huge upgrade.

Grandma's home, or should I say, my new home, was a revamped
Victorian mansion, complete with a steep, gabled roof, iron details
and large bay windows. There was also a generous wraparound front
porch decorated with hanging planters and a wicker patio set. Grandma
had always been a cheerful woman who loved bold, bright colors. The
house reflected that in its pastel green siding and cheerful yellow
front door.

“It's adorable. I love it.” Callista beamed. “It oozes
character and charm. I wish I knew your grandma. I think we would've
gotten along splendidly.”

I bit my lip. “Yeah, I wish you'd met her too. She was such a
vibrant, lively woman. You know, before she got sick.”

“C'mon, let's bring your stuff inside.” Callista popped open the
trunk of her car, and we each grabbed a box.

We hiked up the front steps (thank God there were only six) and set
the boxes down by the door. I pulled out my keys.

“Do you think I should've checked it out before packing up my
stuff?” I asked. “What if the place is a disaster?”

“Too late now,” Callista said. “We're already here. Don't
worry, we'll take care of it. I can help you clean.”

I nodded and jammed the pink key into the lock. Yes, Grandma's keys
were color-coded: pink for the front door and blue for the back. Neon
green for the garage. There were a few other keys which I assumed
were probably for the rooms inside.

“Home sweet home,” I mumbled, pushing open the door. It creaked a
little.

Callista poked her head inside. “Everything is immaculate. You were
worried for nothing.” She picked up her box and stepped inside. I
followed suit.

Callista was right. The place was spotless. I was half-dreading that
I'd have to clean up months-old kitty litter or rotten food from the
kitchen. But by the looks of it, everything was in pristine
condition. Even cleaner than I remember. The main floor's layout was
still the same, but the furniture and décor seemed different. And
Grandma was never this neat, was she?

“Where do you want this box Sisi? And where's the bathroom? I need
to pee so bad,” Callista said.

“Just leave it in the living room for now until I figure out where
to put everything. There's an ensuite through the master bedroom
there,” I said, pointing.

Callista set down her box and looked around. “I'm so jealous—this
place is great! Can I move in with you?”

I laughed and put down my box as well. “Callista, you live in a
fancy condo downtown. Why would you give up that lifestyle for an
older, suburban home?”

“So we could be roomies,” she said, heading towards the bedroom.
“What, I'm not good enough to be your roommate?”

“—Who the hell are you?” a baritone voice asked. “And what
are you doing in my house?”