Letters From an Unknown Woman 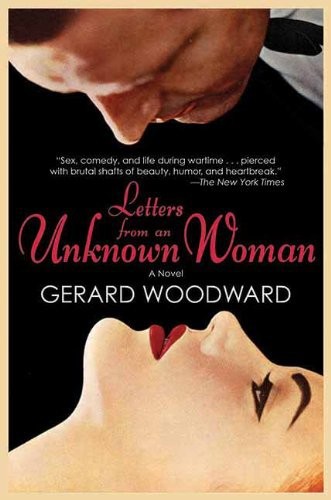 First published in the United Kingdom by Picador, an imprint of Macmillan Publishers Ltd.

Arcade Publishing
®
is a registered trademark of Skyhorse Publishing, Inc.
®
, a Delaware corporation.

Shortly after the outbreak of war, Emily Head, known by everyone, including her late husband Arthur and her daughter Tory, simply as Mrs Head, returned to London after a brief sojourn in the marshland village of Waseminster (Anglo-Saxon for
the church in the mud
, according to Tory’s husband Donald), possessed of an unshakeable belief that her daughter, and London generally, needed her.

Tory did her best to conceal her dismay at her mother’s return, and to hide the shock she felt to see Mrs Head looking so windswept and craggy as she stepped shakily down from a horse-drawn hackney (the last such vehicle to survive in London, so the cab driver claimed), clinging to her hat of bedraggled turkey plumage, parrying forth a tatty parasol, and bringing Tory’s short reign as matriarch of the little house in Peter Street to an end.

In truth, Mrs Head was hardly needed. Donald had already been called up, and was receiving his basic training somewhere near Durdle Door; the children had been evacuated to a very pretty part of the Cotswolds, Lower Slaughter (or was it Upper? Mrs Head could never remember), and Tory might have joined them, had not her mother made her intentions known of returning to help with the battle on the home front. She’d said she would do all the cooking and shopping, all the cleaning and other domestic chores, while Tory got on with her war work in a gelatine factory (no one denied the importance of gelatine production in the war effort, though no one quite understood it either). Tory had written tactfully dissuasive letters, pointing out that with the prospect of air raids and gas attacks, she would be much safer staying put. Her mother had replied that she had no intention of biding her time on the Thames Marshes while London burned and, using a logic that would soon seem absurd, regarded the city as a sanctuary, imagining that the bombers, when they came, would pick off all the little villages one by one as they approached the capital. She would be much safer as one among the many millions. Furthermore, she seemed to regard the muddy shores of Waseminster Parish as an ideal landing spot for an invasion. ‘
Every time there’s a knock at the door I wonder if it’s Adolf
,’ she wrote.

Mrs Head had been a resident of Waseminster for little more than a year and was, she confessed, beginning to think that the move had been a great mistake. Despite the fervour with which she had described country pursuits in her letters – ‘
to see the pheasants falling as heavily as Christmas puddings is such a glorious affirmation of the superiority of man over nature
’ – she was not a proper countrywoman, and although she had connections to the area (it had been the birthplace of her late husband, Tory’s father) she was not made to feel welcome. Few of Arthur’s bloodline remained in the village, and her attempts at ingratiation were met with little warmth. No one really understood why a woman who’d lived in the city all her life should suddenly want to live in the countryside; her friends thought it faintly treacherous, while her new neighbours regarded her with suspicion.

‘It
is
a lovely little house,’ Mrs Head remarked gratefully as she walked up the path with her hand on Tory’s arm (who was carrying her bag), as though she’d been debating this aspect of 17 Peter Street all the way up on the train from Kent.

And so mother and daughter now lived alone in the house that had once been so busy and crowded, and each seemed more shocked by this fact than by the bombs that, some time after Mrs Head’s return, began to rain down upon the city.

Mrs Head stuck to her word, shopping and cooking with heroic, redoubtable zeal. With the children gone, she had no other role, despite the fact that neither she nor her daughter had a great appetite, and Tory could obtain free meals in the factory canteen. This was just as well, because there wasn’t much in the shops for Mrs Head to buy. Good meat was soon scarce. But Mrs Head was a tenacious and dogged shopper, queuing for however long it took, remonstrating with shopkeepers (most of whom she believed were corrupt) and waving her ration book as a token of righteousness and entitlement.

She had a particularly troubled relationship with Icarus Dando, the butcher who had supplied her with meat for more years than she cared to remember. He was an outwardly jolly sort, with yellow mutton chops and watery, laughter-filled eyes, but she had never liked him. His talk could get too risqué, even for a butcher, so much so that she had been reluctant to take her children into the shop when they were little, in case they caught one of Dando’s gristly innuendoes. He tried to soften these with displays of salty charm. He would claim to be in love with Mrs Head, would even serenade her, cleaver in one hand and steel in the other, handprints of blood all over his apron, as though he had been tickled by Lady Macbeth. But now that there was a war on, she realized she was many rungs down on his ladder of preference. There were younger mothers now, women of Tory’s generation, whom he could woo and serenade anew, and who responded with far more favour than she would have thought seemly.

She had several times been told that he had no steak, and then later that evening had caught the pungent tang of a piece of rump frying in Mrs Richards’ kitchen. Mrs Richards was a favourite of Mr Dando.

In fact, things had become so fraught between Mrs Head and Mr Dando that she couldn’t help feeling rather pleased when his shop was bombed out of existence one Tuesday night.

It had been a particularly heavy raid, coming at a time when the residents of that corner of south-east London were beginning to wonder if the Germans were showing mercy for their humble, Thames-side district. It was hardly likely since their suburb included a barracks and a munitions factory, both wonderfully disguised as leafy forests, so it seemed to be only by chance that so few bombs had troubled their sturdy terraced streets and parades in the months since the raids had begun. Mrs Head and her daughter had even taken to sleeping in their own beds, and not bothering with the public shelter (their house was too small and crooked to have shelters of its own), since most of the raids went north of the river, towards the Royal Docks and the factory land surrounding them. It hardly seemed to make sense to Mrs Head. ‘How can you bomb a dock? If you’re on target, you’ll merely be making a big splash. If you’re off target, you’ll only be making the dock bigger.’ She was herself defiantly indifferent to aerial attack. She had once, from the top of Shooters Hill, watched an air raid over London. The bombs seemed to her no more than little scratches of flame. The might of the German Air Force appeared like someone throwing lighted cigarette ends at a huge black bull. The immense body of the city hardly seemed to notice them.

Well, it didn’t seem like that now, with the bombing of Old Parade, where Mr Dando’s shop had been. She’d heard it fall at four o’clock in the morning. It had woken her out of the deep sleep she enjoyed every night, and she had opened her eyes, thinking she was back in her cottage in Waseminster, and that Major Brandish, her closest Waseminster neighbour, had fallen down the stairs. She was delirious enough to run to the stairs with the intention of picking him up, when she realized what the sound had actually been. A bomb. Close enough to rattle the windows and doors, and make every floorboard in the house wheeze. Then the horrible moment when she waited to see if it had any companions, as bombs so often did, falling in twos, threes and fours, sometimes fives, a street or two apart. But this bomb seemed to be alone. A stray, loosed by chance, or merely jettisoned by a plane that had only one bomb left and had let it go without a thought so that the crew could get home to the peat bogs of Saxony in time for breakfast. Mother and daughter had stood on the landing in the dark, having emerged from their neighbouring bedrooms, neither quite sure whether they should make for somewhere safer (wherever that might be), and looking in a slightly abashed way at the ceiling, as though they might see if there were any more bombs to come, before feeling, once more, safe. Their local bomb seemed to be the last of the night.

‘I hope no one I know has copped it,’ Mrs Head muttered, before they went back to bed.

It was a neighbour, Mrs Long, who had called to tell her, breathlessly but with a peculiar hint of relish, that the shops at Old Parade, suppliers of food and other wares for all the households in the area, had been destroyed. Tory had already left for work so Mrs Head went alone to see the devastation, wearing her thick woollen coat and taking, out of habit, her shopping basket, an act which seemed unwittingly to mock the sight that greeted her. It was heartbreaking to see all those lovely little shops in ruins. And Dando’s seemed to have taken the full impact, as though he had been specifically targeted (perhaps by a vegetarian Luftwaffe pilot, Mrs Head chuckled sadly to herself ), and his shop could hardly have been more neatly dispatched. It had simply disappeared, as though removed, like a book from a shelf.

The shops either side of the butcher’s were so badly damaged they would surely have to be pulled down. The baker’s was only half there, the rest of it a scree of bricks and joists. The little tobacconist’s on the other side was in a similar condition. It had burnt the longer, someone joked, because of all the uncut shag. Other shops were hardly recognizable: signs had been blown off completely or were hanging at an angle, windows were open, as though flung to greet the day, their shredded curtains and blinds overspilling.

By this vision of things hanging and crooked or otherwise out of place, it seemed to Mrs Head that the main purpose of bombs was not destruction, so much as the creation of disorder and untidiness. It was only the little area beneath the bomb itself that was ever destroyed, but it spread about it a great ring of cluttered mess that would take a huge effort of will to put right. To her surprise the process had already begun. Bricks filled the road in tidy heaps, as though they were bargain items. Mrs Head learnt later that this was because they had already been sorted by the rescue teams who had spent all morning lifting them, one by one, searching for survivors. She approached as closely as she could, right up to the rope that had been set up, and where a small gaggle of her shopping acquaintances had gathered.