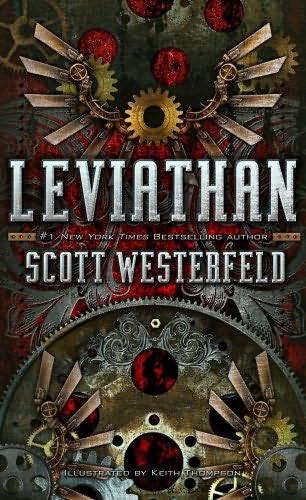 And the book that explains it all:

An Insider’s Guide to the World of Uglies

This book is a work of fiction. Any references to historical events, real people, or real locales are used fictitiously.

Other names, characters, places, and incidents are the product of the author’s imagination, and any resemblance to actual events or locales or persons, living or dead, is entirely coincidental.

The Simon & Schuster Speakers Bureau can bring authors to your live event.

The text of this book was set in Hoefler Text.

Summary
: In an alternate 1914 Europe, fifteen-year-old Austrian Prince Alek, on the run from the Clanker powers who are attempting to take over the globe using mechanical machinery, forms an uneasy alliance with Deryn, who, disguised as a boy to join the British Air Service, is learning to fly genetically engineered beasts.

To my NYC writing crew,
for knowing the importance of Craft

The Austrian horses glinted in the moonlight, their riders standing tall in the saddle, swords raised. Behind them two ranks of diesel-powered walking machines stood ready to fire, cannon aimed over the heads of the cavalry. A zeppelin scouted no-man’s-land at the center of the battlefield, its metal skin sparkling.
The French and British infantry crouched behind their fortifications—a letter opener, an ink jar, and a line of fountain pens—knowing they stood no chance against the might of the Austro-Hungarian Empire. But a row of Darwinist monsters loomed behind them, ready to devour any who dared retreat.
The attack had almost begun when Prince Aleksandar thought he heard someone outside his door… .
He took a guilty step toward his bed—then froze in place, listening hard. Trees stirred in a soft breeze outside, but otherwise the night was silent. Mother and Father were in Sarajevo, after all. The servants wouldn’t dare disturb his sleep. 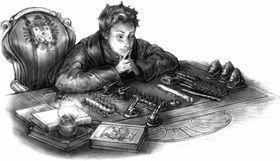 Jaylin's World by Brenda Hampton
Agatha Raisin and the Perfect Paragon by Beaton, M. C.
Sincerely, Carter by Whitney G.
A Redbird Christmas by Fannie Flagg
92 Little Tricks for Big Success in Relationships by How to Talk to Anyone
Gator A-Go-Go by Tim Dorsey
The Vanishings by Jerry B. Jenkins, Tim LaHaye
Cupid's Cupcake by Sinclair, Ivy
Scott Roarke 03 - Executive Command by Gary Grossman
Born of Stone by Missy Jane