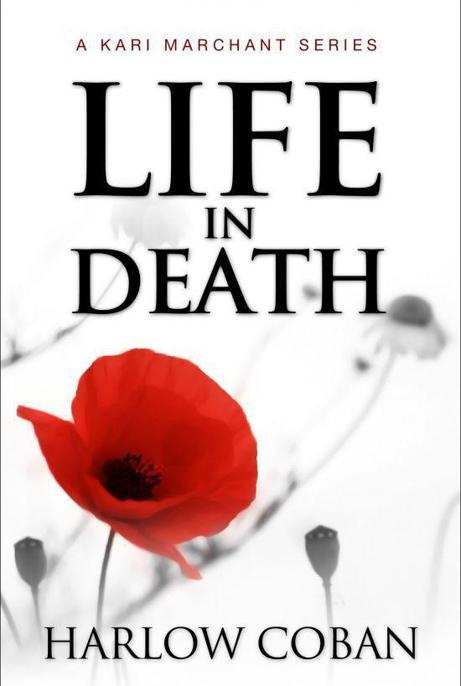 Published by Harlow Coban at Smashwords.

This book is a work of fiction. Although some of the places mentioned are real, any similarities to actual people or events is coincidental.

A portion of the proceeds from the sale of this book will be donated to the Boys & Girls Clubs of North Carolina to help enrich the lives of children.

This book is dedicated to the amazingly brilliant, incredibly supportive, super friend Tiffany Koogler without whom this book would not have been possible.

Holy smokes, Batgirl, we did it!

“Bitch.” Jefferson Winton stared at the letter in his hand. Last month, he announced his intention to run for mayor. Today, he got this letter.

The threat was implied. If he ran for office, she would tell the world about his little… hobby.

Her name had been mentioned over the years in various circles, and he'd been surprised they knew some of the same people. Still, she never attempted to contact him directly before.

He pushed the button for the elevator and paced. The doors opened to an empty cab—not surprising at 2 a.m. Relief surged through him. The solitude and quiet gave him time to think and to plan. He pushed the second floor button.

The bitch needed to be dealt with more permanently. A smile played across his lips but never reached his eyes.

“I have some work for you boys. Kari Marchant at 2612 Osceola Street. Get rid of her, but make it look random.” The elevator door opened to let him out into the dark parking deck just as he ended his call.

The darkness stood in contrast to the bright light of the elevator and blinded him to his surroundings. A shuffling sound startled him from behind as he opened his car door. Pain seared through the back of his head. Consciousness faded before he could feel the smack of asphalt against his skull.

A douse of cold water jolted Jefferson back to consciousness. Each beat of his heart sent a sharp, throbbing pain through his head. The rusty taste of blood filled his mouth. Thick goop plastered his eyes together; it took effort to pry each eye open. Nothing prepared him for the surprise standing before him when he did manage to focus his vision. Dull recognition seeped into his brain. Rage filled him. He lunged forward but something stopped him.

Twine bit into his forearms, stomach, and ankles as he fought to free himself from the chair. “What the hell is this?”

“There is always a reckoning for one’s misdeeds, in this life or the next. For you, today’s that day.”

The glint of the shiny steel scalpel caught his attention.

“What we got, Doc?” Cobb asked Dr. Matt Chiba, forensic pathologist for the Ophelia Police Department.

A prepubescent girl lay dead before him in a pink sweater, jeans and white tennis shoes. Her onyx skin had turned ashen. A “Hello Kitty” barrette hung loosely in her hair.

Cobb thought he’d seen the worst in human depravity between his thirty on the job and a brutal stint in Vietnam. But this case….

The girl’s eyes and tongue had been cut out. He’d never seen that before and hoped to never see it again.

“Hello Detectives. It looks like she’s been here a few days. Cause of death is strangulation after mutilation. See this?” Dr. Chiba pointed to ligature marks on her wrist. “Restrained.”

Cobb’s partner, Nicolet, squatted beside Dr. Chiba and examined the body. “Did you check her pockets yet?”

The detective slipped gloved fingers into her front pockets—lint.

Dr. Chiba eased the little girl onto her side while Nicolet emptied her back pockets and pulled out a business card.

“I’ll go talk to the witness,” Cobb said to his partner. “Let’s pay Ms. Marchant a visit after that.”

The officer who'd taken the witness’s statement popped his gum and stared off into the wilderness. When Cobb came up behind him and cleared his throat, the cop instinctively reached for his gun, relaxing when he registered the detective's presence.

The officer looked like an oversized teen with copper red hair, freckles and brown eyes.

“I’m sorry, did I startle you?” Cobb made no attempt to keep the contempt out of his voice.

“Oh, no, no sir,” the officer stammered.

Cobb looked at his nametag: Kirkpatrick. “Who found her?”

Kirkpatrick pointed. “That’s him over there, sir, in the red cap.”

“Did you take his statement?”

Kirkpatrick fumbled in his shirt pocket and retrieved his notebook. His face reddened as he flipped through the pages. “Got it, sir. His name is Curtis McKenzie.”

Rookie.
Cobb glared at the officer. This kid had a bad case of the jitters. He’d better learn to calm the fuck down or he’d end up killing an innocent person. He turned and walked toward the witness.

Curtis McKenzie’s shoulder-length, dark blond hair poked out from beneath his cap. He had a jagged beard, a dirty backpack and a dog who barked as Cobb approached.

“Shhh, Max. Settle down.” The man patted the Golden Retriever.

The dog leaned close to sniff Cobb’s pant leg until a squirrel in a nearby tree distracted him.

“Yeah, that’s me.” McKenzie turned his eyes away from the scene. “Man, who would do that to a kid?”

“That’s why we’re here. Let’s take it from the top. What time did you find her?” Cobb took out his notebook and pen.

“Did you see anyone else?”

“What’d you do when you saw the body?”

“She didn’t look real, so I got closer. Her face… ” He shook his head.

“I called you guys. Oh, God. Who does that to a little kid?”

“You’d be surprised.” Cobb closed his notebook, holding his face calm and professional, but inside wondering the same thing. Who would do that to anyone… let alone a child? He needed answers, not a witness who didn't know anything more than he did.

McKenzie hunched over with his palms on his knees. “I feel sick.”

“Kirkpatrick, get a medic over here.” Cobb had thought the day he decided to retire would be heralded by trumpets. Instead, it slipped in as quiet as a thief in the night and stole the last bit of resolve he had. His stomach grumbled in protest, bile rising up his throat before he forced it back down.

This would be his last case.

Kari Marchant walked into the office—a sea of light blue cubicles. She’d been apprehensive about the day since waking this morning and even contemplated calling in sick for work, but that wasn’t her. She always did what needed to be done, whether she felt like it or not.

Even Tucker, her Yorkshire terrier, couldn’t put her in a better mood—although, he tried with a few extra kisses.

A picture of her 15-year old son, Erik, sat framed on her desk. Tears blurred her eyes in an unexpected wave of emotion. It’d been almost a year since he moved to Denver to live with his dad. The loss hit her harder each day, but today everything seemed ultra heightened—never a good sign.

She plunked her purse on her desk and turned on her computer. Jack, her boss, appeared like a vapor in her doorway before she even had a chance to sit down.
Uh-oh
.

“Please come to the conference room as soon as you can.” Dull, watery blue eyes met hers. Unruly black hair and a five o’clock shadow spoke volumes about the state of his life after his marriage of twenty years ended.
Poor guy.

She secured her purse in her desk and headed to the conference room. Her heart fluttered in her chest like a rabbit chased by dogs during a hunt. Something must be off for him to call her into his office so early. Had she made any mistakes? Nothing extraordinary happened last week. Still, that persistent feeling of doom plagued her.

“Good morning.” She nodded to Jack, and the two strange men crowding the office before taking the only remaining seat.

An attractive bald man in a dark brown suit smiled at her. Jack and the other man appeared more serious.

“Kari, these are homicide detectives with the Ophelia Police Department,” Jack said.

“I’m Detective Rance Nicolet, and this is my partner Detective Rudy Cobb.” The bald detective extended his hand to her. She shook it as she assessed each of them.

Detective Nicolet looked to be in his thirties. He wore wire rim glasses highlighting his hazel eyes and a tailored suit. His manicured hands surprised her. She’d never seen a cop so well groomed and forced her eyes away to avoid staring.

Detective Cobb stared at her with emotionless steel blue eyes. He looked to be in his late fifties and had a hard, angular face with an angry red scar running along his right cheek and stark, white hair cut military style. His entire persona screamed cynical cop.

“We found a young girl dead this morning up at Taron Hills. She had your business card in her back pocket.”

Kari’s stomach plummeted and for an instant she wished she'd heeded her own warnings and stayed in bed that morning. “Oh, my God.”

“We’d like you to take a look at a picture to see if you recognize her.”

Kari nodded and mentally prepared herself for what would follow.

Detective Nicolet opened a folder and slid the picture over to her.

The girl’s delicate features were unmistakable. She seemed to be asleep, her countenance peaceful. She had been sweet, well-mannered and introspective well beyond her years.

What a waste of a brilliant life.

Kari’s chest ached, as if someone had stuck a knife in it. A sob escaped her lips before she could call it back, tears slipping down her cheeks. She dedicated her life to improve those of children at risk. Somehow, she’d failed this one. She vowed to find out what happened.

Jack grabbed a box of Kleenex from his drawer and put it in front of her. She withdrew a couple of tissues, dabbed at her eyes and blew her nose.