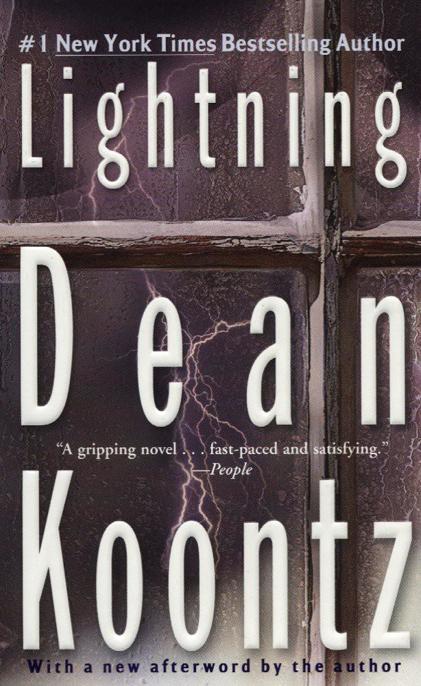 To Joan Benford, who lives in the memories of all who knew her.
The wailing of the newborn infant is mingled with the dirge for the dead.
—LUCRETIUS
I’m not afraid to die.
I just don’t want to be there when it happens.
—WOODY ALLEN
Roller coaster:
1) a small gravity railroad ... with steep inclines that produce sudden, speedy plunges for thrill-seeking passengers.
—THE RANDOM HOUSE DICTIONARY
PART I
Laura
Being deeply loved by someone gives you strength; while loving someone deeply gives you courage.
—LAO TZU
One
A CANDLE IN THE WIND
1
A storm struck on the night Laura Shane was born, and there was a strangeness about the weather that people would remember for years.
Wednesday, January 12, 1955, was frigid, gray, and somber. At twilight thick, fluffy snowflakes spiraled out of the low sky, and the people of Denver huddled in expectation of a Rocky Mountain blizzard. By ten o’clock that night, a bitterly cold gale blew in from the west, howling out of the mountain passes and shrieking down those rugged, wooded slopes. The snowflakes grew smaller, until they were as fine as sand, and they sounded as abrasive as sand, too, when the wind blew them across the windows of Dr. Paul Markwell’s book-lined study.
Markwell slumped in the chair behind his desk, drinking Scotch to keep warm. The persistent chill that troubled him was not caused by a winter draft but by an internal frigidity of the mind and heart.
In the four years since his only child, Lenny, had died of polio, Markwell’s drinking had gotten steadily worse. Now, though on call for emergencies at County Medical, he picked up the bottle and poured more Chivas Regal.
In the enlightened year of 1955, children were being inoculated with Dr. Jonas Salk’s vaccine, and the day was near when no child would be paralyzed or die from poliomyelitis. But Lenny had been afflicted in 1951, a year before Salk tested the vaccine. The boy’s respiratory muscles had been paralyzed, too, and the case had been complicated by bronchopneumonia. Lenny never had a chance.
From the mountains to the west, a low rumble echoed across the winter night, but at first Markwell thought nothing of it. He was so involved with his own enduring, bile-black grief that sometimes he was only subliminally aware of events that transpired around him.
A photograph of Lenny stood on his desk. Even after four years he was tortured by his son’s smiling face. He should have put the photo away but instead left it in view because unceasing self-flagellation was his method of attempting to atone for his guilt.
None of Paul Markwell’s colleagues was aware of his drinking problem. He never appeared to be drunk. The errors he made in the treatment of some patients had resulted in complications that might have arisen naturally and were not attributed to malpractice. But
he
knew that he had blundered, and self-loathing only induced him to drink more.
The rumbling came again. This time he recognized the thunder, but he still did not wonder about it.
The phone rang. The Scotch had left him numb and slow to react, so he did not pick up the receiver until the third ring. “Hello?”
“Dr. Markwell? Henry Yamatta.” Yamatta, an intern at County Medical, sounded nervous. “One of your patients, Janet Shane, was just brought in by her husband. She’s in labor. Fact is, they were delayed by the storm, so she was well along when they got here.”
Markwell drank Scotch while he listened. Then, pleased to hear that his voice was not slurred, he asked, “She still in first stage?”
“Yes, but her labor pains are intense and unusually protracted for this point in the process. There’s blood-tinged vaginal mucus—”
“That’s to be expected.”
Impatiently Yamatta said, “No, no. This isn’t ordinary show.”
Show,
or blood-tainted vaginal mucus, was a reliable sign that labor was impending. However Yamatta had said Mrs. Shane was already well into labor. Markwell had blundered by suggesting that the intern was reporting ordinary show.
Yamatta said, “Not enough blood for hemorrhage, but something’s wrong. Uterine inertia, obstruction of the pelvis, systemic disease—”
“I’d have noticed any physiological irregularity that would’ve made pregnancy dangerous,” Markwell said sharply. But he knew that he might
not
have noticed ... if he had been drunk. “Dr. Carlson’s on duty tonight. If something goes wrong before I get there, he—”
“We’ve just had four accident victims brought in, two in bad shape. Carlson’s hands are full. We need you, Dr. Markwell.”
“I’m on my way. Twenty minutes.”
Markwell hung up, finished his Scotch, and took a peppermint lozenge from his pocket. Since becoming a heavy drinker, he always carried mints. As he unwrapped the lozenge and popped it into his mouth, he left the study and went along the hall to the foyer closet.
ADS
15.4Mb size Format: txt, pdf, ePub