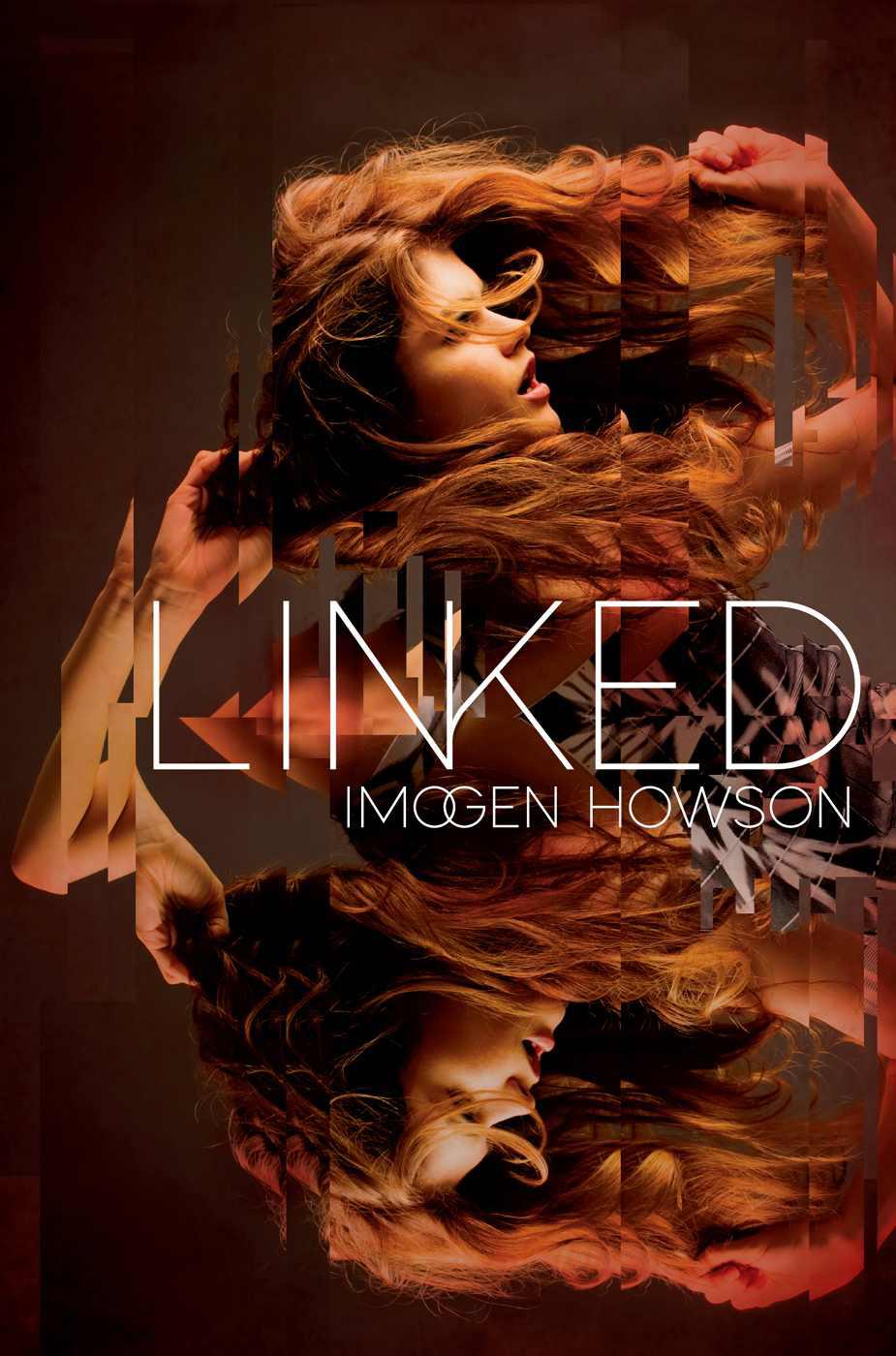 who was the very first cheerleader for this book, all the way back when it was called
Telepathic Twins in Space,
but who was too intelligent to let that stay as its title, so thought up the current one instead.

Flowers, chocolate, and Twitter shout-outs are due to the following people:

My agent, Mandy Hubbard, who saw the potential in this book when it didn’t really have much
beyond
potential, and whose insight changed it into something immeasurably better.

Everyone involved in its production at Simon & Schuster, especially my editor, Navah Wolfe, whose editing made it immeasurably better
all over again
; Lizzy Bromley, who designed the drop-dead-awesome cover; managing editor Kaitlin Severini; and production manager Chava Wolin; and copy editor Christina Bryza and proofreader Bara MacNeill, who saved me from a great deal of continuity-related embarrassment.

The Lucky 13s, who kept me company in the months leading up to publication in the way only other debut young adult authors can.

Michelle and Dayna, who have supported me since we were all unpublished authors, and who kept me from biting my fingernails off during the days this book was out on submission.

Jossy, who was the first audience for my stories, and who has been an
excellent
sister ever since.

Finally, thank you to Philippa and Elinor, most awesome, entertaining, and beautiful daughters ever, for putting up with being manuscript orphans and for
still
being excited when I sell another book.

And to Phil, for everything.

AS ELISSA
and her mother entered the waiting room, the sky above Central Canyon City was a chill, predawn gray, the spaceport a colorless blaze on the horizon. Lines and points of light pricked up from the canyon floor far below.

Elissa walked to the window, trying to ignore the tightness in her chest and that her palms were damp enough to leave handprints on the glass ledge of the windowsill. As she stared, struggling not to give in to her creeping anxiety, the sky changed. First from gray to a thin twilight green, hazy where it curved down beyond the spaceport, then—as all at once the sun rose high enough for its light to hit the desert floor—to endless blue, a color deep enough to drown in.

The light made Elissa’s eyes water. She blinked and looked away, just as the waiting-room lights went to sleep and a ripple of cold at the back of her neck told her the air-conditioning had come on, preparation against the scorching heat of late springtime in the city.

Elissa shivered. No one ever got the temperature right for her. Four years—a lifetime—ago, Carlie and Marissa used to joke that she was as cold-blooded as the tiny glass-lizards that scrabbled up the sides of the school buildings to lie on the flat, sun-hot roofs.

Pushing the memory away, she turned to pick her sweatshirt up from the chair behind her.

At the far side of the room, her mother sat, straight-backed and exquisitely thin, a bookscreen in her hands. In the adjacent corner amber lights glowed behind a tiny waterfall that ran over a tumble of pebbles into a small pool. In the background, music—chimes and harp strings—trickled quietly from invisible speakers, and the scent of chamomile and lavender hung in the air. Everything was designed to calm, to relax.

Elissa’s hands were still sweaty. She wiped them surreptitiously on the sweatshirt as she pulled it on.

No one had said it, but Elissa knew very well this was a last resort. How many times now had she sat in doctors’ offices, waiting for them to tell her how they were going to fix her, how they were going to make her normal? How many treatments had they tried? The sleep medication, the pain medication, the little electronic device designed to interfere with the signals her brain sent to her body. That last one had seemed to work at first, and her hopes had soared, only to crash when, abruptly, the symptoms returned. Then there was the hypnotherapy and the weird white-noise machine they’d fixed up in her room, which had been supposed to help her sleep but had just filled her room with an infuriating sensation, like a buzz she heard not only with her ears but also with the inside of her head.

The background music segued into a slightly different theme, something with more flute and less harp. The muted lighting behind the waterfall changed from amber to gold. Elissa’s mother sighed, flicked a glance up at the clock-shimmer on the cream-colored wall, and brushed her bookscreen tZ9H62Ro turn a page.

Elissa bit at the ragged edge of her thumbnail.

She dropped her hand and turned back to the window, but the tightness in her chest crept now into her stomach, coiling behind her ribs. Every time the doctors had tried a new treatment, from that very first time, when they’d said it was nothing but out-of-balance hormones, they’d promised she’d get better. They’d promised the symptoms wouldn’t last. Promised that the treatment—whichever one it was that time—was only temporary.
Give it a week . . . a month . . . four months. . . . You’ll be okay for your best friend’s birthday sleepover . . . for your date . . . the spring break camping trip. You’ll be back to normal, Elissa, I assure you . . .

They weren’t saying that anymore. After this last time—the latest terrifying vision, the pain that had made her scream and scream and scream, the bruises as black as burn marks on her neck—they hadn’t promised anything. They’d just made her an emergency early-morning appointment with a new doctor. A specialist.
Specialist in what?

When the chime came, she almost jumped. She looked around to see the inner door slide open and the doctor—the
specialist
—step into the waiting room. He was a man about her parents’ age, with dark brown skin and a mist-gray suit as elegant as the room.

Elissa’s mother was already getting to her feet. Her mouth was a little tight, and her hand bloodless on the bookscreen, but she appeared, as always, entirely in command of the situation. “Call me Laine, please. You’re going to help my daughter. I really don’t feel I should stand on ceremony with you.” This with a slight smile as she took his outstretched hand.

Dr. Brien’s smile included Elissa. “What a wonderful attitude. If that’s your attitude as well, Elissa, I don’t think we need to worry!”

Elissa took his hand in turn. Hope unfurled within her, warm and glowing.
This
one would help. Probably they should have sent her to him years before. Years that she’d spent trying, helpless, to hold on to everything that made up her life, watching as it all slid through her fingers and disappeared.

“Please, both of you, come in. Now, I’ve been caught up to speed with the problems Elissa has been having, but of course you’ll fill me in if there’s anything else I need to know. It looks as if Elissa’s symptoms haven’t cleared up the way we thought they would . . . .” His voice continued, an effortless, reassuring flow of familiar words, as they followed him into his office and sat, obedient to his gesture, in armchairs that matched the couch in the other room. Elissa’s chair shifted a tiny bit around her as she sat, and then warmth crept through its surface, cocooning comfort around her tense body.

Across the room to her right, a whole wall was a plate-glass window, treated to eliminate reflections, making it look as if across his face again.

there were nothing there but emptiness. The sky stretched into an infinity of blue.

Almost invisible against the brightness, a shining fragment climbed like a rising star. A ship, setting off on its journey across the impossible distances of space. Then two more, tiny sliding glints of reflected sunlight. It seemed incredible that just fifty years ago there’d been no spaceflight industry on Sekoia at all. No Space Flight Initiative. No government-funded training program.
What would Bruce have done, with no space career to aim for? Gone all out for sports instead? Followed Dad into the police force?

Dr. Brien waved the door shut, then took a seat opposite Elissa and her mother, next to the big corner desk where his screen stood.

“Now, Elissa.” He smiled at her again, and she smiled back. “I’ve been looking at the results of all your tests. Just let me make sure I’ve got everything straight. There’s a note here about some nightmares when you were very young, and a prescription for sleep medication. Do you remember that?”

Except she’d never called them nightmares. They hadn’t been scary, so it wouldn’t have made sense. The only scary thing had been her mother’s reaction when she’d mentioned them. “Sometimes I think I’m a girl who’s not me,” Elissa had said, and her mother had stopped dead in the middle of unwinding a clean floor across the playroom, looking up with a face frozen in shock. When Elissa had said the same thing to the doctor—that first doctor her mother had taken her to—“nightmares” had been how
he’d
framed them. It hadn’t felt like the right word, but she hadn’t known what else to call them, those pictures that came day and night.
She’d gone for “dreams” in the end, even though that hadn’t felt quite like the right word either.

The Girls He Adored by Jonathan Nasaw
Among the Powers by Lawrence Watt-Evans
The Big Sister - Part One by Lexie Ray
The Beginner's Guide to Living by Lia Hills
The Ruby Prince: Book Two of Imirillia (The Books of Imirillia 2) by Beth Brower
Tamarind Mem by Anita Rau Badami
Saving Faith by David Baldacci
Blame It on Texas by Christie Craig
House in Charlton Crescent by Annie Haynes
The Queen of All That Lives (The Fallen World Book 3) by Laura Thalassa