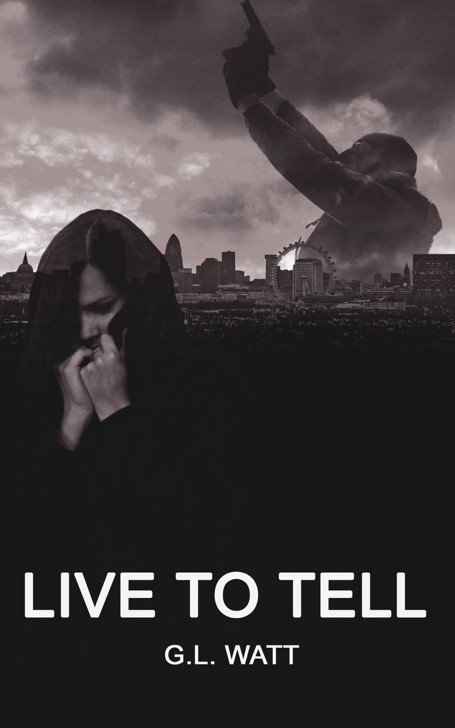 Grateful thanks for all their help go to:

the ladies who translate, and family and friends for their support.

Special thanks go to Maxine in Mandurah WA without whom none of this would have happened.

I went to sleep in France and woke in Switzerland. “Oh,” I whispered. I was unable even to speak the word ‘wow’ at the mountains emerging from the early morning mist. Looking out from the top bunk of my couchette compartment I stared in amazement. No one told me that to reach Italy you had to travel through Switzerland.

This train journey from England was the first I’d ever undertaken anywhere abroad, and at school geography was not my best topic. The lay-out of Europe was really a bit of a mystery to me.

In lacy pink pyjamas, Aunt Jess my travelling companion was looking out at the mountains too, an enraptured expression on her face. As Mum’s younger sister she was part of my life forever. She was fun to be with and I loved her dearly but she seemed far older than a fifteen year age gap implied. But of course at seventeen, anyone past the age of twenty five seems over the hill to me.

She noticed I was awake and grinned. “Isn’t it exciting? You do feel it too, don’t you? It never fails to move me, but usually of course, I’m on my own and don’t have anyone to share it with. Until recently, you know, only the rich flew and poorer people had to go by train. I’ve been coming here, travelling this way for years, just because it’s so wonderful.”

I knew of course that she travelled a lot, though I never understood her motive before. I was sure it must cost at least as much as flying, if not more. When I enquired once, why she did the journey, she laughed and said, “Oh, just some business, dear.”

“Will we be able to go to a beach, where we are staying? I expect it will be quite hot, won’t it?”

Not having looked at a brochure or a map, or having any say in the arrangements that she made, I had really no idea where we were going, or what to expect. Mum and Dad obviously knew but hadn’t discussed it with me.

She sighed. “Yes cherub. We will be staying on the coast. You do remember what I told you, don’t you?”

“Yes, of course,” I lied, giving her my brightest smile. I only remembered that she asked me if I would like to go on holiday with her, all detail having gone straight over my head.

An hour later we had to change trains in Milan, which was the noisiest station that I had ever been to. But to be fair, apart from occasional day trips to London, via St Pancras station, I hadn’t passed through many.

Several hours went by and our journey ended. We walked into a small hotel, one block from the shore of a little town on the Adriatic Sea.

The hotel’s pink tiled entrance was adorned with Roman alabaster statues and large pink shells. A vase full of summer flowers and ferns stood on the reception desk and a man wearing a badge that said Sig. Alfonso strode forward to greet us. He kissed Aunt Jess on both cheeks as if he were a long lost friend, and to my surprise he hugged and kissed me fondly as well.

He was not a tall man, or particularly handsome but he had a nice face.

“Welcome to Italy at last
Cara
. Yes, I can see the family resemblance,” he said softly. He stood back and looked me up and down.

“Don’t look like that,” Jess whispered. “It’s what they do on the Continent. Don’t worry, you’ll soon get used to it.” She winked at me and tapped her fingers on the desk.

Feeling silly, I looked down, unable to think of anything to say at this outbreak of Latin beneficence. Smiling happily, he carried Aunt Jess’ and my bags to our room as we trailed after him.

“I see you later, ladies,” he said with a broad grin.

“As soon as we’ve had a shower and a brush-up we’ll go for a walk along the promenade and I’ll show you the town,” my aunt said, and I felt that my holiday had really begun.

Darkness fell but the evening was hot and exciting. In the street crowds of people jostled us in good natured fashion and seemed to be performing some kind of exotic conga. Avoiding the revellers who cavorted through shop fronts that were open to the pavement, I sniffed the perfumed air. Enriched with candles and incense, the atmosphere made the town in England I came from seem immeasurably dull and the madness in the gaiety of the throng lifted my spirits. I had never seen anything, so full of joyous humanity, so positively alive, before.

Beach accessories and swimwear spilled over the tops of huge panniers. Gazing at the displays, I decided that I must buy another bikini; one more in keeping with Italian style. A shocking-pink model with large polka dots and oversized bows at the side beckoned me, but I resisted it and moved on.

Aunt Jess and I paused in front of a pavement cafe that was already filling with people. “Shall we stop here for a while,” she asked, nodding to a waiter in a white jacket and a bow tie.

The young man with the menus looked into my eyes and motioned us to sit down. He was so good looking, like nearly all the men here and not much older than I. He nearly took my breath away.

“I’m going to have a glass of
Campari
,” Jess said to him. “I miss it so, back home. It never tastes the same in an English bar.” She turned to me. “And what would you like, Dear? How about an ice cream with
Coca
Cola
? They mix them together here, you know.”

I stared at her in amazement as she took her seat. Wow, what decadence!

I sat down facing the road, and through the darkness, a million lights twinkled overhead, while in the distance along the shore, silhouetted palm trees swayed against the purple sky. Their branches moved softly in the Mediterranean wind and I knew that I had arrived in paradise.

“Aunt Jess, do you think I could have a glass of wine? Dad lets me drink wine with a meal,” I said.

She looked at me warily as if not quite trusting the statement. “Well, yes, I do remember you sometimes having a drink with us. But only one, mind, and it had better be
Lambrusco
, as long as they sell it by the glass. Or,” her face brightened. “Or you could have a glass of
Campari
and soda. That would last longer.”

I nodded and smiled at her innocently. I led a bit of a quiet life compared to many of my school friends. My mother saw to that. I never smoked or experimented with drugs. To drink the odd glass of wine did not seem so terrible a sin, to me. The things some of my class mates did would make a bald man’s hair stand on end.