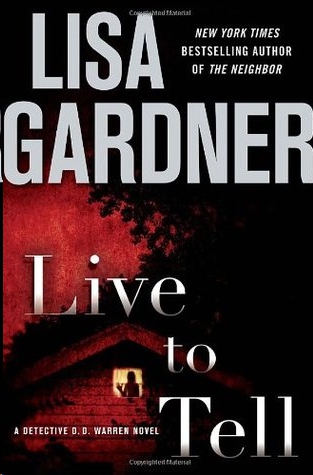 Excerpt from Love You More

Get an exclusive peek at the script for AMC’s addictive new series, The Killing. Premiering Sunday, April 3 at 9/8c. Only on AMC.

I don’t remember that night much anymore. In the beginning, it seems like you’ll never forget. But time is a nebulous thing, especially for a child. And year by year, bit by bit, details started to fade from my memory. Coping skills, Dr. Frank assured me. The natural evolution of my psyche starting to heal. Nothing to feel guilty about.

But of course, I do.

I remember waking up to a scream. Maybe my mother’s, but according to the police report, most likely my sister’s. It was dark in my room. I was disoriented, couldn’t see. And there was a smell in the air. That’s what I remember most clearly after all these years. A smoky odor I thought might be from a fire, but was actually cordite, drifting down the hall.

More noises. Things I could hear but not see: pounding footsteps, the thud of a body falling down the stairs. Then my father’s voice, booming from outside my bedroom door.

My door opened. A bright glowing rectangle amidst a field of black. My father’s shadow, looming in the doorway.

Then he tapped the gun against his forehead and pulled the trigger.

I’m not sure what happened immediately after that. Did I get out of bed? Did I dial 911? Did I try to revive my mother, or maybe stop the blood pouring from my sister’s shattered head or my brother’s broken body?

I remember another man walking into my room. He spoke in a soothing voice, told me everything was okay now, I was safe. He picked me up in his arms, though I was nine years old and too big to be treated like a baby. He told me to close my eyes. He told me not to look.

I nodded against his shoulder, but of course I kept my eyes open.

According to the police report, my father was drunk that night. He’d consumed at least a fifth of whiskey before loading his service revolver. He’d lost his job with the sheriff’s department the week before—after being reprimanded twice for showing up for work in a less-than-sober state. Sheriff Wayne, the man who carried me out of the house, had hoped the termination would force my father to clean up his act, maybe join AA. I guess my father had other ideas.

He started in the bedroom, catching my mother next to her bed. Then he moved on to my thirteen-year-old sister, who’d stuck her head out of her room, probably to see what was going on. My eleven-year-old brother also appeared in the hallway. He tried to run for it. My father shot him in the back, and Johnny fell down the stairs. It wasn’t a clean shot and it took Johnny a while to die.

I don’t remember this, of course. But I read the official report on my eighteenth birthday.

I was looking for an answer that I’ve never found.

“What do you think?” Dr. Frank always replied.

I think this is the story of my life.

I wish I could tell you the color of my mother’s eyes. I know logically they were blue, because after my family died, I went to live with Aunt Helen, my mother’s sister. Aunt Helen’s are blue, and judging by the photos I have left, she and my mother were spitting images of each other.

Except that’s the problem. Aunt Helen looks so much like my mother that over the years, she’s become my mother. I see Aunt Helen’s eyes in my mind. I hear her voice, feel her hands tucking me in at night. And I ache because I want my mother back. But she’s gone from me, my traitorous memory killing her more effectively than my father did, so that I was driven to look up police reports and crime-scene photos, and now the only image I have of my mom is a curiously slack face staring up at the camera with a hole in the middle of her forehead.

I have photos of Natalie and Johnny and me sitting on a porch, our arms around one another. We look very happy, but I can’t remember anymore if my siblings teased me or tolerated me. Did they ever guess that one night they would die, while I would get to live? Did they ever imagine, on that sunny afternoon, that none of their dreams would come true?

“Survivor’s guilt,” Dr. Frank would remind me gently. “None of this is your fault.”

The story of my life.

Aunt Helen did right by me. She was over forty and childless, a corporate lawyer married to her job, when I came to live with her. She had a one-bedroom condo in downtown Boston, so for the first year, I slept on the couch. That was okay, because for the first year, I didn’t sleep anyway, so she and I would stay up all night, watching reruns of
I Love Lucy
, and trying not to think of what had happened one week ago, then one month ago, then one year ago.

It’s a kind of countdown, except you never get any closer to a destination. Each day sucks as much as the one before. You simply start to accept the general suckiness.

Aunt Helen found Dr. Frank for me. She enrolled me in a private school where the small class size meant I got constant supervision and lots of one-on-one care. I couldn’t read the first two years. I couldn’t process letters, couldn’t remember how to count. I got out of bed each day, and that took so much energy, I couldn’t do much else. I didn’t make friends. I didn’t look teachers in the eye.

I sat, day after day, trying so hard to remember each detail, my mother’s eyes, my sister’s scream, my brother’s goofy grin, I had no room in my head for anything else.

Then one day when I was walking down the street, I saw a man lean over and kiss his little girl on top of the head. A random moment of fatherly tenderness. His daughter looked up at him, and her round little face lit into a million-watt smile.

I started to cry, sobbing incoherently through the streets of Boston as I stumbled my way back to my aunt’s condo. When she came home four hours later, I was still weeping on the leather sofa. So she joined me. We spent an entire week crying together on the couch, with
Gilligan’s Island
playing in the backdrop.

And I wondered if she hated my father for slaughtering her sister, or for saddling her with an unwanted child.

The story of my life.

Up In Flames by Lori Foster
Forever (Time for Love Book 1) by Charles, Miranda P.
The Smoke In The Photograph by Kit Tinsley
Alice's Insurrection (Alice Clark Series) by Andrea DiGiglio
Fallen Angel by Elizabeth Thornton
The Cross and the Dragon by Rendfeld, Kim
0215543001348293036 vaughn piper oshea m.j. by one small thing
The Cleft by Doris Lessing
Lovers and Takers by Cachitorie, Katherine
Rant of Ravens by Goff, Christine