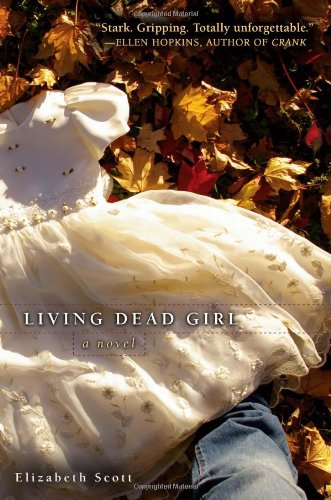 "Disturbing but fascinating, the book exerts an inescapable grip on readers."

"Scott's spare language ... is powerful, gripping, and heart-wrenching. The final page will leave you stunned."

"Scott's novel is repellent in exact proportion to the brilliance of its execution."

"Most authors want to hear 'I couldn't put it down' from their fans.
Living Dead Girl
is a book you
have
to put down; then you have to pick it right back up. The beauty of this story is that, though none of its readers will have had this experience, all will feel connected to it."

"A haunting story of an abducted girl you'll be desperate and helpless to save; her captor so disturbing, so menacing, you'll want to claw the pages from this book and shred them."

A 2009 ALA BEST BOOK FOR YOUNG ADULTS

A 2009 ALA QUICK PICK FOR RELUCTANT READERS

A 2009 NYPL STUFF FOR THE TEEN AGE SELECTION

A 2008
VOYA
EDITOR'S CHOICE FOR TEENS