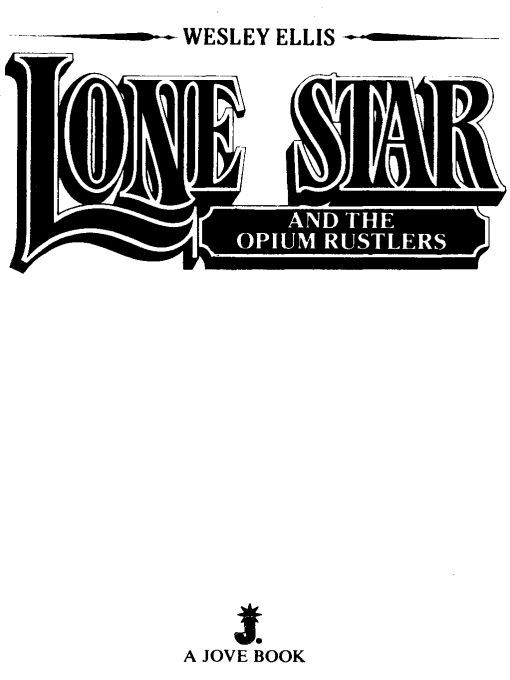 Table of Contents
Title Page
Copyright Page
Â
Chapter 1
Chapter 2
Chapter 3
Chapter 4
Chapter 5
Chapter 6
Chapter 7
Chapter 8
Chapter 9
Chapter 10
Chapter 11
Chapter 12
Chapter 13
Chapter 14
Chapter 15
Â
"PLEASE GIVE ME MY CLOTHES AND LET ME GO.”
Fitzroy laughed and tossed Jessie a garment that had been lying across the foot of the bed.
Â
Â
“This is all I get to wear?” Jessie stared at the gauzy chemise.
Â
Â
Fitzroy smirked. “Yep. But don't worry. We've got too many scantily clad females running around this place to ever let it get cold.”
Â
Â
“What kind of place is this, anyway?” Jessie pleaded.
Â
Â
“You
really
haven't figured it out yet?” Fitzroy asked, grinning ...
LONE STAR
The Exciting New Western Series from the Creators of Longarm!
Also in the LONE STAR series from Jove
LONGARM AND THE LONE STAR LEGEND
LONE STAR ON THE TREACHERY TRAIL
LONE STAR AND THE BORDER BANDITS 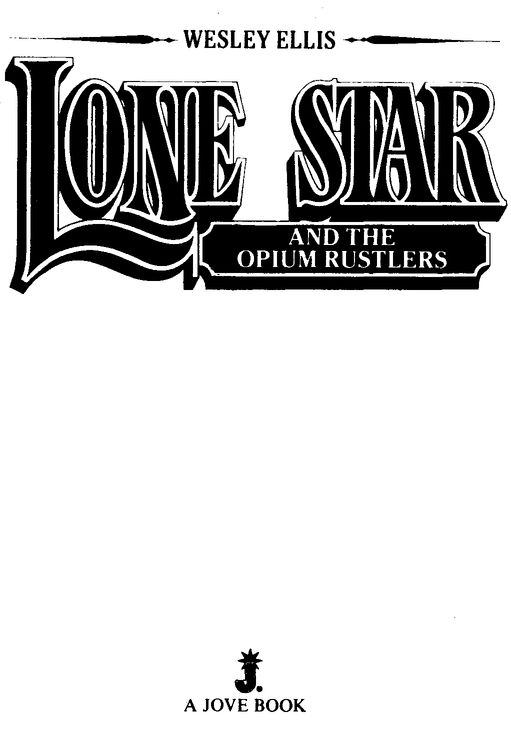