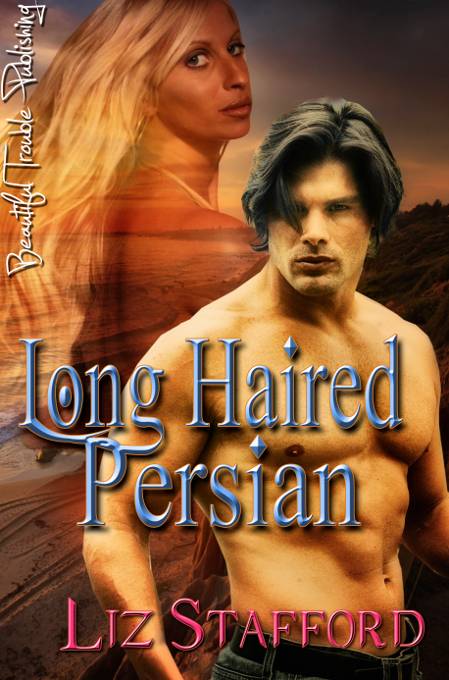 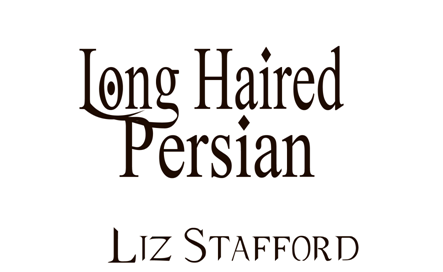 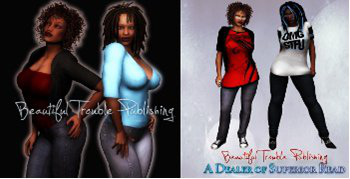 N
OTE
ABOUT
E
B
OOKS

eBooks are NOT transferable. Re-selling, sharing or giving away eBooks is a copyright infringement.  No part of this book may be reproduced or transmitted in any form or by any means without written permission of the author or Beautiful Trouble Publishing.

Tonya maneuvered the Lexus along Broadway, checking out the Christmas lights in the store windows. Business had been slow and she’d decided to close the clinic and go home early. Two days after Christmas, traffic was sparse. People were home resting up for New Years. New Years—another wasted holiday. A day with no paycheck. What was there to look forward to, anyway? Her family was all back east, in the snow. It just wasn’t Christmas without snow. She turned up the radio to drown out the Scrooge-like thoughts.

Over the sound of Michael Bublé’s soothing voice, tires squealed. Someone shouted. A cat wailed—long and high-pitched. The sound brought every hair on Tonya’s body to attention. She raced toward the commotion, dismayed to see that a cat had been hit by a car. The animal, a Persian by the looks of it, lay there all glassy-eyed, its hind legs jerking in uncontrollable spasms. Its long black hair was coated with blood.

Tonya ran to the scene. She pushed between two male elbows. In response to the muttered, “Watch it,” from the blue-covered elbow, she said, “I’m a doctor. A vet.”

She knelt beside the limp cat. Tonya eased open an eyelid and checked the pupil’s dilation. No doubt about it, the cat was in shock. The only clear-cut physical injury was a broken rear leg. It lay at a right angle to where it should. More than likely there were internal injuries. She wouldn’t know more until after a thorough exam, which she’d do at the clinic.

Tonya peered up at blue-sleeve. “Anyone know who the owner is?”

“My cat,” came an accented voice—she couldn’t place it right now, and didn’t try—from just over her shoulder. Gosh, how long had he been standing there? His breath was a mixture of garlic and something else, some kind of meat, she thought.

“We have to get him to my clinic.”

She pointed left. “I am a doctor.” She wasn’t sure how much this pussy-tingling man understood, but he got the gist. He smoothed a hand over curly hair, stood and backed away as she got to her feet. He, as did most people, towered over her by well over a foot. She tilted her head for a better look. Yes, dark curly hair and equally dark eyes. Tonya fell instantly and irrevocably in love. She would have to do something about his clothes. He had on a light blue shirt and orange striped tie. God, who dressed this man? She stifled a giggle. No way was this one married.

Together they maneuvered the cat onto a piece of cardboard they found in the gutter. Thankfully, the kitty had stopped screeching. She hated when pets cried. Its eyes were still glassy, its pulse erratic. The owner steadied the cat on the cardboard.

“Stay here while I go get my car.”

She raised a finger in the universal signal to wait. Pulse thumping, she ran to the car and drove fifty feet to pull up beside him—the man she would someday marry.

She got out and raced around to open the rear door and help him inside. Good thing the clinic was only four blocks away. Rianna Farraday, her partner, had been fortunate to find this building—it had once been a Chinese restaurant—in the heart of LA.

Tonya tilted the mirror hoping to keep an eye on the cat, but all she could see was the very worried owner. He was obviously foreign, but since he’d only spoken a few words, she’d been unable to place the accent. She loved accents. To stereotype his looks would be wrong, but still, those dark eyes, slightly hooked nose and wavy black hair said he was probably Turkish or Iranian. And gosh, did he smell good—a combination of vanilla and maybe basil. Weird for a guy. But perfect for him.

Something inside her jangled. Something not related to the adrenaline rush related to the emergency. Of course she recognized horniness. She had a healthy desire for sex. But relationships and Dr. Tonya Lansing didn’t mix. She’d been there, done that more times than she could count. No man she’d ever met could handle a woman who owned a business. Sure, at first they smiled and acted all proud when they introduced her to their friends. Then weeks passed; the men grew aloof and stopped calling. She couldn’t count the times she’d checked her cell phone to make sure it was charged.

Oh, who was she kidding? Deep inside, she knew what it was they couldn’t handle—a woman who worked twenty hours a day. Two years ago, she’d had to make the choice: put the energy into the business or a man. There just wasn’t enough to go around. So, the clients’ pets became her children. All the woolgathering brought the devastating reminder that this man was indubitably and unquestionably off-limits.

Inside of ten minutes, they were at the clinic with the cat lying on the cold metal table. Tonya performed a thorough exam, then patted the man’s trembling fingers that held onto his cat. She raised her wait-finger again and rushed to the back to turn on the x-ray machine, praying for the damage to the cat—and her heart—to be minimal.

Gaspar Zakaria watched the doctor leave. All five feet, eighty pounds of her. Doctor, his ass. The little thing couldn’t be more than thirteen years old. In a minute, she’d come through that door accompanied by one of her parents, who really was a vet, and they’d all share a hearty laugh. That flowing golden blonde hair and smooth makeup-free face did nothing but add to doubts about her age.

But therein lay the problem. In thinking her a child, he’d acted like a child himself and pretended he couldn’t speak English. Oh well, what was the harm? If she could fix Shamira, they could go their separate ways and he’d never have to see this woman-child again. Never have to admit his mistake. And his lie. Gaspar hated people who lied.

The door opened and she came in. She’d divested herself of the sweatshirt. Hot damn! He’d been thinking of her as a doll. A Kewpie doll. The kind with the big, round eyes and plump baby’s body. But this was no Kewpie doll. She was a Barbie doll—like the ones his sister used to play with—a living, breathing, anatomically correct Barbie doll. His eyes must have bugged out or something because she laughed.

“Most people react that way the first time.” She tilted her head to look up at him.

Gaspar raised his brows at her.

“Let’s start over.” She turned and took a white lab jacket from a stand in the corner. When she slipped her arms into the sleeves, her breasts popped forward and made him ache in a bunch of places at once. She straightened the coat but didn’t button it. There was a blue and white nametag on the left breast pocket, but he couldn’t read it. Darn, why hadn’t he worn his glasses? If he had, the darned cat wouldn’t have gotten out of the car in the first place.

He couldn’t stop his hand from jumping into hers. His name almost squirted from his mouth. He managed to stop it just in time.

She laughed. “Name. What is your name?”

He nodded, pretending to understand…and reluctant to remove his hand from her very soft one. If he did, though, the tremors might stop shooting up his arm.

She stabbed a finger between those gorgeous breasts. “Tonya.” Then she poked him in the chest and waited.

God, please get him out of this before the lie snowballed into an avalanche. “Gaspar Zakaria.” He pointed to the cat. “Shamira.”

“It’s nice to meet you, Gaspar and Shamira, though I wish it were under better circumstances. Well, the x-ray machine should be warmed up by now. Shall we go?”

Tonya gently picked up the cardboard, still under his cat, and carried it to the other room. She slid the cardboard from under Shamira and gestured for Gaspar to stay outside the room. A true foreigner would question this, but Gaspar knew well the need to stay away from the machine’s rays.

Tides of Rythe (The Rythe Trilogy) by Saunders, Craig
Deadly Obsession by Duncan, Mary
Burial Rites by Hannah Kent
Dave Cameron and the Extraterrestrial by V Bertolaccini
Freefall by Anna Levine
To Kill For by Phillip Hunter
Seducing the Dragon: Part Four by Jessie Donovan
Assignment - Lowlands by Edward S. Aarons
Hidden Depths by Hunter, Aubrianna
Friends to Die For by Hilary Bonner