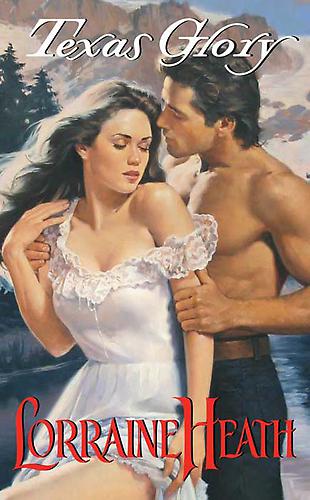 For Mom and Dad N.

When your son asked me to become his wife,
you welcomed me as your daughter.

No finer gift could have been given.

Dreams. Gossamer images that most people carried with them into their sleep, but for Dallas Leigh, they were the incentive that woke him before dawn, the impetus that pushed him toward midnight.

Dreams were the stepping stones to glory.

By pursuing them, he had attained a level of success that exceeded most men’s reach and acquired all that he had set out to gain: Land, cattle, and wealth beyond his highest expectations.

Yet, desperation gnawed at him like a starving dog that had just discovered a buried bone, and as he gazed at the stars that blanketed the velvety sky, he felt as though he had achieved nothing.

He was a man with a solitary dream that remained untouched, the one that had served as the guiding beacon for every goal that he had fulfilled. Without the realization of his greatest desire, his other accomplishments meant little, and he feared that they might mean nothing at all—if he never gained a son with whom to share them.

The lingering warmth of the parched earth seeped through his backside as he worked the ridge of his spine into a comfortable position against the gnarled and crooked post that served as one of a thousand anchors for his barbed-wire fence.

He hated the fencing with a passion, but he knew it was destined to become essential to every rancher’s survival in the same manner that the railroad had wended its way into their lives. Workers continued to lay the tracks that brought more people farther west. The days of knowing one’s neighbor and where his land ended and a man’s own land began were dwindling. The barbed wire cut through the questions, marked a man’s domain, and left no doubts as to his ownership.

Unfortunately, it was an aspect of the future that only a few men could envision, and those blinded by the traditions of the past were determined that the barbed wire would not stand.

Dallas Leigh intended to make damn sure that it did.

“Dallas?” The hoarse whisper momentarily silenced the nightly serenade of the crickets, frogs, and katydids.

He glanced at his youngest brother, who was stretched along the ground, his arms folded beneath his dark head, his tall, lanky body running the length of the fence. “What?”

“What makes you think they’ll come?”

“Full moon. The McQueen brothers like to do their thieving and destroying by the light of a full moon.”

“I don’t know how you can be sure that they’re gonna cut the wire right here,” Austin said, exasperation laced through his youthful voice. At twenty-one, he had little patience when it came to waiting for the next moment.

“I don’t know where they will cut it, but if you shut your mouth, we’ll hear the tinny sound of the cut traveling along the wire, and we’ll know in which direction to ride. Just close your eyes and imagine that you’re listening for that first twang to come from your violin when you slap your bow on it.”

“I don’t slap my bow onto anything. I place it on the strings as gently as I’d touch my fingers to a woman’s soft cheek or press my lips against her warm mouth. Then I stroke it slow and long, the way I’d stroke—”

“Will you shut up?” a deeper voice growled.

Dallas didn’t need to lean forward to see the disgruntled expression he knew he’d find on Houston’s face. His middle brother was the only one among them to have a wife, and Dallas imagined right now he’d rather be curled up in bed with her nestled against his side. He appreciated the fact that Houston was guarding the fence instead.

“Watch your mouth, boy,” Houston warned. “You’re gonna cross into dangerous territory if you bring my wife into this conversation.”

“You know I wouldn’t say nothing bad about Amelia. I just figure you’d rather be at home making another baby instead of sittin’ out here waitin’ on something that might not happen.”

“We’ve already made another baby,” Houston said, pride and a great deal of affection reflected in his voice.

Dallas shot forward so he could see his brother’s face limned by the moonlight. Despite the heavy scarring on the left side of his face and the black eye patch that hid the worst of it, Houston looked to be a man who had realized every dream he’d ever dared to hope for. Dallas sometimes envied him that contentment, especially since he’d accomplished it all by stealing Dallas’s wife from him.

“When did this happen?” Dallas asked.

Houston tugged on the brim of his hat. “Hell, I don’t know. Sometime in the last month or so, I reckon. Amelia just told me tonight before I rode out.”

“So Maggie May is gonna have a little brother or sister,” Austin said, his wide grin shining in the moonbeams that passed through the clouds. “You ain’t planning to name all your young’uns after the month they were born in, are you?”

Houston shrugged. “I’ll name them whatever Amelia wants to name them.”

Dallas leaned back against the post. “I sure as hell am glad you took that woman off my hands. I wouldn’t like living my life around a woman’s wants and needs.”

“If you loved her as much as I love Amelia, you’d like it just fine,” Houston said.

Dallas had to admit that he probably would, but finding a woman to love in a land populated mostly by cowboys and prairie dogs was no easy task.

Hell, he couldn’t even find a woman to marry and bear his son, let alone a woman to love.

The absence of decent women in this portion of West Texas was a sharp thorn in his side, a nagging ache in his heart, and a steadfast barrier to the fulfillment of his final glory: a son to whom he could pass down the legacy he had worked so hard to carve from a land known for its disappointments and broken promises.

He had hoped founding a town would attract women to the area, but Leighton was growing slowly. The banker, Lester Henderson, had a wife who easily occupied the entire width of the boardwalk when she strolled to the general store. Perry Oliver, the owner of the general store, was a widower with a lovely daughter. Dallas had considered asking the merchant for his daughter’s hand. At sixteen, his mother had married his father, but Dallas couldn’t bring himself to marry a woman younger than half his age. Besides, he had a suspicion Austin had set his sights on the young woman. Why else would his brother find an excuse to ride into town every day to purchase some useless contraption from the general store?

Neither the sheriff nor the saloon keeper nor the doctor had brought women with them. The town’s seamstress, Mimi St. Claire, was unmarried, but she was on the far side of forty if she was a day.

With resignation Dallas was coming to the conclusion that, once again, he would need to search beyond his town, beyond the prairie, in order to find a woman who could give birth to his son. At thirty-five, he was beginning to feel the weight of the years pressing in on him. He needed a son.

He wanted a son sitting beside him at this very moment, sharing the anticipation of the night. He wanted to count the stars with his son. He needed to feel the breeze blow over their faces and know that when it no longer touched his face—when Dallas was dead and buried—the breeze would continue to caress his son’s face.

The nearby river flowed to the rhythm of Nature’s lullaby: the mating call of insects mingled with the occasional swoosh of an owl’s wings and the howl of a stalking coyote. Dallas wanted his son to hear that song, to appreciate the magnificence of nature, to tame it, to own it. He imagined his son standing here years from now, looking out over all that they had accomplished, listening to the water lap at the muddy shore, listening to the—

The tune of destruction broke into the night. Dallas jumped to his feet as the high-pitched whine came again. “They’re to the south.”

He and his brothers mounted their horses with an agility that came from years of chasing after stampeding cattle. The moon’s silver glow lighted their path along the river’s edge.

With a firm grip, Dallas removed the coiled rope from his saddle. He needed only the sure pressure of his thighs to guide the stallion that had helped him herd cattle north. When the shadows of three men emerged from the darkness, the horse didn’t falter.

The tallest of the men fired his gun while the two other men scrambled for their horses. Dallas heard shouts and yells. Horses snorted, neighed, and reared up, their hooves slicing at the air.

Raising his arm, Dallas snapped his wrist and threw a loop that whistled through the muggy air and circled Boyd McQueen. Dallas yanked hard on the rope. The gun flew from McQueen’s hand as he stumbled to the ground. Without hesitation, Dallas secured his end of the rope around the saddle horn, set his heels to his horse’s sides, and galloped toward the precious river.

Dallas glanced over his shoulder. The moonlight glinted off Boyd McQueen’s angry face. Dallas took satisfaction in the man’s fury and guided his racing horse into the shallow water that more closely resembled a babbling brook than a full-fledged river.

“Damn you, Leigh!” McQueen yelled just before the horse splashed into the center of the stream.

Water sprayed Dallas’s legs. He looked back to make certain McQueen’s head was above the surface. He didn’t want the man to drown, but he intended to give him a rough ride.

Dallas heard the echo of three rapid gunshots. No responding gunfire sounded. The eerie silence that followed signaled a warning.

Dallas jerked his horse to a staggering halt. His brothers weren’t behind him. Three more steady shots bellowed.

Groaning, McQueen struggled to his feet, sputtering obscenities that Dallas didn’t wait to address. Releasing the rope from the saddle horn, he urged his horse back toward the fence.

Alarm skittered along his spine when he saw the silhouettes of two men standing and one man kneeling. He dismounted before his horse halted.

He dropped to his knees beside the man sprawled over the ground. “What happened?” Dallas asked.