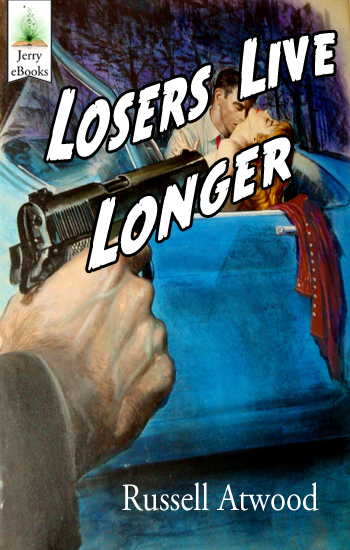 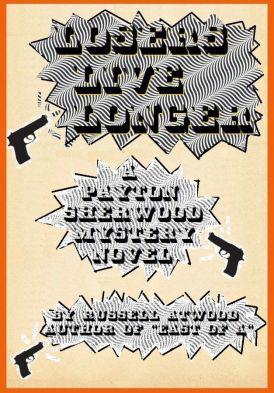 Originally published as a paperback original by Hard Case Crime, an imprint of Dorchester Publishing, September 2009

“
There are ideal series of events which run parallel with the real ones. They rarely coincide. Men and circumstances generally modify the ideal train of events, so that it seems imperfect, and its consequences are equally imperfect.”

“
We’re a nation of standup comics looking for an audience. One-liners, quick repartee, the zinger. A joke for every problem, a quip for every question. Maybe because we don’t want to answer the questions, or even hear them.”

I didn’t answer it.

It was too early to be the mail lady, only half-past nine in the morning the first Thursday after Labor Day. Couldn’t think who else’d be ringing my bell, not for a second it might be a client.

I never had walk-in trade before, and gone were the days when I lived in anticipation of any. Most of my work came from referrals, and all of it began with at least a phone call first. With no appointments on the calendar that morning, I was at my desk drinking coffee and smoking, fresh from the daybed, dressed only in t-shirt and jeans, and barefooted.

The buzzer I figured was just some drunk again, leaning against the doorframe buttons, getting back his bearings before another uncertain stagger forth.

Couple minutes later, the phone rang. I let the machine pick up.

And heard my voice from seven years ago give the outgoing message: “Hello, this is Sherwood Investigations. After the tone, please leave your name, number, and the time. I
will
return your call.”

An outgoing outgoing message. My voice back then held in it a clear quality of confidence and conviction. I didn’t dare record a new one.

After the beep, an old man’s voice and a name I didn’t recognize. “Hello, Payton. This is George Rowell.” Out of breath and speaking over the radio-static sound of random street traffic. “We met some years ago, don’t know if you’ll remember the occasion—” The dry squeak of a truck axle. The roar of a revving Harley over the line. They sounded in stereo, coming in simultaneously through my open window. “—it was in Matt Chadinsky’s office over at Metro. I’m calling to see if you’re available today to hel—”

I picked up the phone. I was nothing if not available.

“
Good morning, Mr. Rowell. Sorry, had my hands full,” I said, a little embarrassed by how long it’d taken me to fill in his blank: Owl.

I’d only met him once before, over a decade ago, back when I was just starting out in the business, working at Metro Security, Inc. But I knew of him; everyone did. George Rowell was something of a legend in the trade: one of the most successful P.I.’s on the East Coast, he’d operated a one-man agency for over fifty years. People— well, other private investigators —swapped stories about him going back half a century and extending around the globe. He’d tracked down the Chelsea slasher in 1976. In 2000, he’d been instrumental in the rescue of an abducted American girl from a child pornography ring operating in the Ukraine. And when anyone talked about him, they only ever called him by his nickname, Owl. A drunken slurring of his last name that had stuck, I supposed. He didn’t look owlish the time I met him; too tall and thin, he’d looked more like a hawk-nosed heron.

He’d been old then, had to be in his eighties now. I’d heard he retired to a small town in New Hampshire. Also a rumor that he’d gotten Alzheimer’s and died. Sounded alive enough.

“
Glad I caught you in, first wasn’t sure…” He sought to catch his breath. “I rang your bell, but I guess I should’ve called first. I’m not…interrupting anything, am I?”

I looked around the office. A bare cement floor. A couch with a pillow and a rumpled quilt. Two leather-backed club chairs. My desk. All gathering dust, a dust partly made up of my dry, dead skin gradually shedding.

“
I was saying, I don’t know if you, if you remember our meeting. It was some time ago that Matt introduced us.”

No surprise that I did. For me, shaking his hand had been like touching history. At the time, I thought my meeting him would prove a good omen.

“
Fine,” I said. Only Matt and I hadn’t spoken to each other in over five years.

About a year ago, I’d run into a mutual friend who told me Jeanne was pregnant, so I agreed.

I heard metal clank, both over the receiver and through my window. I went over, looked out.

Owl said, “Boy, did you say? Sorry, this isn’t a very good connection.”

Across Second Avenue on the southeast corner of Twelfth, a delivery truck driver had just dropped his handtruck to the sidewalk. On the same corner, a pair of payphones, Janus-faced, with only one in use. A dome of sparse white hair and stooped shoulders in a light brown suit were all I saw of him.

“
Matt gave me your card a while ago, said you’d opened your own office in the Village, and that you were the guy to call if ever I found myself in need here.”

“
That must’ve been some while ago,” I said. Matt hadn’t referred any work to me in years and that loss stung as much as the loss of our friendship.

Maybe Owl detected it in my voice, because he asked, “Did Metro bring you in on that Law Addison business? That had an East Village connection.”

The name rang a bell—something earlier in the year, May maybe. Then I had it: Lawrence Addison. “Law” to his friends, and to his victims/clients.

“
Grand larceny case,” I said, pulling it up from my memory. “Securities fraud. Independent money manager, ran an outfit called Isolde Enterprises, lot of high-profile clients. Turned out to be just a big Ponzi-go-round, only Addison didn’t step off the ride soon enough.”

Just showing I knew my onions, but no great feat; it’d been front-page news for a couple days this past spring before the next young starlet’s D.W.I.

Owl said, “But he did manage to step off eventually. Addison was granted bail. And then he skipped. Ran off with the wife of one of his ex-clients. The bail bond agency hired Metro to track him down. I’d have thought Matt would’ve brought you in on that. Addison had a place in the Village.”

“
Huh. Probably why no one’s tagged him yet, right? Ha.” He chuckled softly, letting me know it was a joke. “Still, odd that—”

I decided to come clean, weary of the square dance.

“
Metro stopped dealing me in several years ago, Owl. It’s a long time since I’ve talked to Matt about anything.”

I listened to the city traffic over his end of the line. A young woman laughed broadly. An angry dog with a peanut-sized bark yapped itself hoarse. A bus surged by in a whoosh, its loose side panels and windows rattling like a haunted house on wheels.

“
Yeh, well, I only bring it up so you know, any recommendation Matt gave you no longer stands up. I doubt he’d say the same today if you called and asked him.”

“
I don’t think that’ll be necessary,” Owl said. “Cards on the table, I had heard something like that already, but wanted your side of it.”

“
No side,” I said. “Just a professional disagreement.”

“
Oh, my being a professional. Matt disagreed.”

Owl snorted. “Guys like Matt, they don’t understand freelancers like you and me, Payton. That’s the trouble. He doesn’t…doesn’t get why we do it.”

I cleared my throat. “Why do we do it?” I asked. I didn’t even know myself. “But then again what I do, Mr. Rowell, and what you’ve achieved over your—”

“
Oh fuck that,” he said, and it shut me up, but to my credit I didn’t sputter like my Aunt Fannie. “I mean going out on your own, Payton, starting your own business! Most people don’t know what that means. It takes guts.”

“
Eighty-four last month. But I still stay current with all the new technology. Just to keep my hand in. Lotsa guys my age, all they do is bitch about young people always talking on their cell phones, and meanwhile they’ve all got one, too, only none of them knows how to use it. Me, I don’t have a cell phone—but I’ve got a device that listens in on
other people’s
cell phones from up to twenty yards away, and you better believe I know how to use it.”

The Lady Doctor's Alibi by J. Roberts
Land of No Rain by Amjad Nasser
What a Girl Wants by Kristin Billerbeck
Home Is Burning by Dan Marshall
Be My Prince by Julianne MacLean
Body Farm 04 - Bones of Betrayal by Bass, Jefferson
The Christmas Piano Tree: What's Christmas without a tree? (A Kissing Creek novel Book 1) by Bacarr, Jina
Hypersonic Thunder: A Novel of the Jet Age by Boyne, Walter J.
A Sister's Secret by Wanda E. Brunstetter
The Outback by David Clarkson