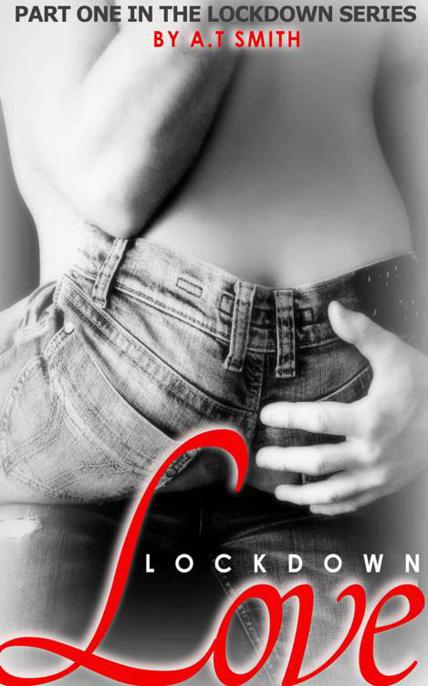 All Rights reserved. Author holds all rights to this work. Any copying, selling or sharing of the work without consent is illegal, legal action will be taken if these conditions are broken.

I would like to express my upmost gratitude to a fantastic group of ladies who assisted me with my book by beta reading for me, Dawn Vickers, Katie Stead, Rhonda Hardy, Debbie Talbot and The Two Ordinary Girls.

My thanks go to Debbie Talbot and Melissa Wilkinson for supporting me and entering my competitions and also for their names as characters throughout the LockDown series.

Lastly I would like to thank my family and boyfriend for putting up with my crazy obsessive mind during this journey, you guys have been my rock and your encouragement and support means the world.

This book is for my sister Sinéad. Thank you for just being you and supporting me in everything I have ever done. You encouraged me to write and get my book out there.

This is for my boyfriend James. You have been a rock to me and even though I have been lost in the world of writing you have continued to love and support me throughout.

Written for everyone who has ever supported me and loved my characters and lost themselves in the world of words.

“In order to succeed,

Your desire for success

Should be greater than your fear of failure.”

Prologue- Through the years

My name is Abbi, Abigail Adams.

Well, that was my name until three years ago. Now I’m just the homeless girl who sits on the corners of the streets in London, day in, day out. I beg, plead continuously for someone to give me mercy. I am the girl with no name, the girl with the dirty dull blonde hair, the empty and dead blue eyes and holey age old clothes. I am the girl who is so thin that you can visibly see her bones through her papery thin skin, her veins blue and prominent against the bruised and beaten canvas that houses her barely surviving organs, especially her heart. The ‘crazy girl’ who the kids whisper to their parents about, who sits and prays out loud to the good lord every day to be kind and end this misery for me, for just one psychopath to plunge a blade into me and end it all, to end this living nightmare.

I sit here, on the dark, damp and frozen street. My fingers and toes are blue and numb, my skin frostbitten. The cardboard my backside is perched on doing little to conceal the ice cold concrete floor from burning my flesh. I ask myself for the umpteenth time today, why do I continue to do this, why don’t I just go back. I’m sure they’d welcome me happily into their home, I’m sure they’d love me again. I’m sure they’d make me a girl with a name. That I would return to be a normal twenty one year old young woman with a family and a boyfriend.

But they weren’t my real family were they, they were borrowed, and then they were taken from me, just as David was.

My life, from as early as I could remember, had been a string of misfortunes, suffering and downright evil. I’m sure you don’t believe me, I’m sure I’m just the Jane Doe who is overreacting and trying to guilt trip you all into helping me, but right now, here, today, is my chance to tell you, to make you see that I didn’t chose this life for myself, that this was my only option, my only way to escape the hell I was in, and I’m sure as you take the time to put yourself in my shoes and sympathise with my circumstances, you would understand me a little better, maybe even wonder how I’m still here, living and breathing, because I can assure you now, if it wasn’t for the reoccurring memory of a certain person pushing me through every unbearable day, I wouldn’t be here, I would be dead.

Let’s begin at the start of my story, the earliest point I can remember, the point in my life when my ‘dear, loving, wonderful mother’ left this world. She overdosed on pain medication and then sliced her wrists open.

I was all of four years old, a small, frightened, lonely and frail child. I needed my mother to nurture me and help me grow as a person. To be what every other child, I had grown to be envy, had. I hated her with a raw vengeance that manifested itself within me and ate away at every ounce of love I held for humanity. I wished I could see her one more time just to tell how much I loathed her cowardly ways for what she had left me with, who she left me with.

He’d sometimes become violent with the women he brought home. I would sit and hide away in my room, covering my ears just to block out the bellows of my father and the cries and pleadings of the women he was with. No child should ever have to witness their own flesh and blood the way I had to witness mine.

I didn’t know him any different, as early as I could remember he was the dominant animal I knew today. I tried to force my memory back to a time when maybe the three of us had been a happy, ‘normal’ functioning family, but my memory failed me and flooded me with the vile images that still haunted my every thought to this day.

More than once a week my father would remind me that it was my fault my mother had had depression,
‘if she hadn’t had you then she would never have died. You did this to her you bitch. You made her crazy.’
His constant verbal assaults at me replayed time and time again when I was in the comfort and safety of my bed every night. I would tell myself he was lying, that he didn’t mean the things he said, that I wasn’t the horrible monster who drove her own mother to take her own life. I couldn’t possibly have made my own mother hate me that fiercely that she couldn’t bear to be around me.

My mother was diagnosed with PND (post natal depression) after trying to kill herself once when I was three weeks old. My father worked far too much and was hardly home, my mother was left to look after me and bring me up. The stress of a teething and colicky baby drove her crazy, she lasted up to my fourth birthday before my father found her in the bathtub, wrists bleeding and an empty bottle of her anti-depressants and pain killers lying on the floor next to her, a litre bottle of vodka empty on the side of the tub.

Since that moment, my father had detached himself from me, hardly acknowledging me; the only physical contact I would get from him would be when his fist or foot connected with my body.

That was my life pretty much every day for the rest of my childhood. The moment in which that changed, I damn well prayed to any source of help, he would return to just beating the living shit out of me on a daily basis, it was far easier than what I had to endure just after my thirteenth birthday had come and gone.

Age thirteen, I awoke to blood on my sheets. I was absolutely petrified; I thought something was seriously wrong with me. I had screamed so loud it had brought my father in from his room, clearly hung over. I soon realised I had in fact got my first period. I was scared, petrified in fact, that I had messed my sheets, frightened at what my dad would say.

When he had entered my room and seen the mess, he had pulled me by my arms and gotten into my face, bitterly and maliciously shouting at me
‘you dirty little bitch, look at the mess you made on your bed. You can fucking clean that shit up I aint touching it.’

I hadn’t been taught about periods, I didn’t have any relationship with my dad, unless being his guardian and carer counted. I didn’t listen to what they had to say in sex education at school, I was too bothered about what going home entailed to want to learn.

After receiving a slap across the face and a tanned arse for getting my sheets dirty, I soaked them in warm, soapy water and left them. I then proceeded to sneak out of the house and run to the shop with no money. I had to risk stealing some sanitary towels just to prevent anymore unwanted accidents.

A week later I had finish my first ever period, it was horrible. I found it hard to learn the right way to stick the damn things into my knickers. My stomach ached like a bitch and I couldn’t stop crying. But instead of being like any other father and making me a hot water bottle and hot chocolate, telling me everything was going to be fine and it was just a ‘normal’ part of growing up, my ‘father’ had seen this new change within my body as a sign that I was now a women and as my father always had, decided to take what the hell he liked from me.

It was Friday 18
th
November the first time it happened. The first time I wish I’d never woken up the next morning. The day that I realised the animal I had known since birth, the man who had battered and bruised my body, was just a puppy in comparison to the demon beast that had released himself that night, and nearly every night following.

I heard the creak of my door, the wood, old and ancient, moving on its rusty hinges. I heard the heavy footsteps and deep breathing of somebody close. The shadow covering my body and then the warm, whiskey breath on my neck, the large hands squeezing at me, ripping at my clothes.

That was the night my father had taken his own daughters virginity.

I couldn’t remember past the tearing inside of me, the excruciating pain it had caused me, because I had blanked it all out. After the initial struggle of trying to fight him off of me, I had exhausted myself, so I closed my tired eyes and dreamt of a world in which I was safe. A world in which my father was no longer here, a world in which a knight in shining armour would ride up on his perfectly white horse and whisk me away to some perfect little island where white sands and crystal blue seas encompassed me away from the world.

I awoke in the morning very raw and tender. My sheets had once again been soiled with my blood. The only remnants of my virginal innocents left.

Dark Rain: 15 Short Tales by J. R. Rain
Our One Common Country by James B. Conroy
I Am a Cat by Natsume Soseki
Longarm and the Cry of the Wolf (9781101619506) by Evans, Tabor
Complicated Love 2 by London, Lilah K.
Winter of Discontent by Jeanne M. Dams
Claire Delacroix by My Ladys Desire
Sigmund Shaw: A Steampunk Adventure by Mark C. King
Harbor Lights by Sherryl Woods
Ralph Compton The Convict Trail by Ralph Compton