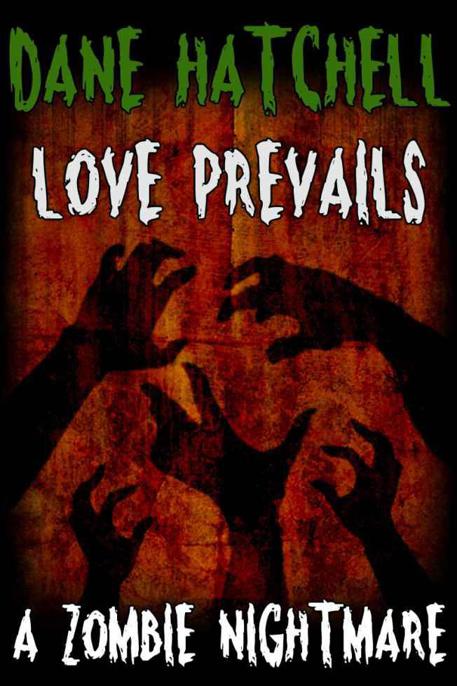 This story is a work of fiction.  People, places, events, and situations are the product of the author’s imagination.  Any resemblance to actual persons, living or dead, or historical events, is purely coincidental.

No part of this story may be reproduced, stored in a retrieval system, or transmitted by any means without the written permission of the author.

A lone voice screaming in the distance brought back the dreadful fear of the walking dead to the pit of Keith’s stomach. He and the three others froze with uncertainty. Two weeks of trudging through the wilderness without incident had forged a bridge of hope that it might be possible to evade the unholy things that now plagued the planet. That bridge, it turned out, was built of folly.

"Someone’s in trouble. We have to go and help," Kara said to Keith, her husband.

Keith cupped his hand behind his ear and closed his eyes. "By the sound of things, it may be too late. We don’t need to risk our safety over a lost cause."

"Kara’s right," Jill said, moving closer to Steve, her husband
.
"There’s another living human being in trouble. We’re morally obligated to help. You
know it’s the right thing to do."

Keith opened his mouth to protest, but then lowered his head. With a deep sigh, he motioned toward the valley below.

The terrain sloped sharply, at times demanding patience and sure footing. A line of tall pines a few hundred feet away hid what lay ahead. Each of the men carried shotguns tricked out for maximum ammo capacity. Both of the women carried well-worn machetes.

It took nearly ten minutes to arrive at the line of trees. Keith had led the way as usual, with Steve maintaining the rear. Low hanging branches of the pines provided a handhold to ease the descent.

"All we’re doing is wasting energy. He’s probably being eaten alive right now. We’ll be next if we’re not careful," Keith said.

"We’ve come this far, so we’ll see it through. Besides, I spotted a stream over to the east where we can get fresh water," Kara
said. "Once we reach the bottom, it’ll be easier to get to." The group slowed as the trees gave
way to a clearing.

The bright sunshine illuminated a grassy area a hundred yards away. The source of the screams finally came into view.

Keith removed a pair of binoculars from his backpack and focused on the distant figure. A middle-aged man stood upright with his arms stretched above his head. His wrists were bound together, tying him to the top of a pole. His face was bloody and gaunt from dehydration. Black turkey vultures fed greedily on corpses around him.

Two living dead shuffled into view as the screams for help continued. "Oh my God, two walkers are about to get him . . . there’s no way we can get there in time. I hope the end is quick."

When the zombies neared the fresh meal, a thicket not far away shook as two men with long spears and two with machetes charged out yelling whoops and hollers. The spearmen ran the zombies full force through the chest
,
driving them down to the ground. The machete wielders

followed close on their heels, bringing shiny blades of steel crashing through the grinning skulls of
death.

"Wow, did you see that?" Keith said

"I could just make it out. They were using that guy for bait. What is this, some kind of sport? This is evil. We need to get the fuck out of here," Steve said anxiously.

"Right, let’s go
.
We should go to the stream and get water. Then we can make our way back where we veered off. On second thought, the stream is heading the direction we were going. Let’s follow it for as long as we can. We might snag some fish or wild game." Keith turned to lead. The others fell in line, with Steve staying close to Jill. No one said a word again about the screams as the couples pushed forward.

The crystal waters of the stream rolled over rocks and spun small eddies by the tall grasses near the bank. Each member of the group found a suitable spot to wash off the most recent layers of grime.

Keith scooped out a taste with a small plastic cup. The water was cool and fresh, nothing like the canned military issued water they had brought with them at the beginning of the journey. Passing the cup to Kara, he removed his canteen and filled it. Steve had the dubious honor of being the pack mule, and refilled the three
-
gallon container he carried on his backpack.

"Hello there!" A friendly voice called from behind them.

Whipping around, Keith leveled his shotgun at a man standing just a few feet away. Steve followed suit.

The stranger wore a set of blue overalls and a red cotton shirt. A Remington shotgun hung, unthreatening,
on his shoulder.

"Well, now. There’s no cause for that. You can put your guns away," the man said.

"Jesus, man, you scared me half to death. What are you doing sneaking up on us like that?"

Keith thought a moment, looked at the others, and then lowered the shotgun. Steve was in the ready position to use his if necessary.

"Sorry, I’m just a little jumpy . . . you understand. My name is Keith Sims, and this is my wife, Kara." He nodded toward Kara. "That’s Steve Mitchell, and his wife, Jill."

"Well, I’m pleased to meet ‘cha. Where’re you folks from and where’re you headin’?"

"We’re from Bakersfield, about 300 miles away according to my GPS. I guess the undead
were running out of food in the cities and started hitting small towns. We could see the writing on the wall and got the hell out of there before it was too late. We’re heading north to Big Bear National Forest. We plan on living off the land and surviving as the pioneers did, until the dead all rot away or we
all die trying."

Pete raised his eyebrows. "You still got a long way to go to get there. If you’re looking for a safe place, you’ve already found it. This area, the hills and mountains, have kept us hidden from any major invasion so far."

"You said ‘us.’ How many are we talking about?" Keith asked.

"There’s a whole tribe of ‘us,’" Pete said with a smile. "The main bunch of us belonged to a survivalist group before the dead came back. We were gearing up for the fall of society. We sure as heck didn’t see it comin’ this way." Pete scratched the back of his head and squinted toward the sun. "Our little village has become a melting pot of wanderers. All races, creeds, and colors. We even have dogs and cats and livestock. Perhaps you, your wife, and your friends there might like to come
visit. We would sure welcome two new couples."

"Thanks, buddy, but I don’t think so. A large number of people are sure to attract the undead sooner or later,” Steve said. "We just went through that. We think our chances are better on our own."

"I understand, friend, but I recommend that you leave the valley the way you came."

"Well, you keep followin’ the stream and you’ll be gettin’ into some thick brush. You’ll have to use a machete to hack your way through. It’ll slow you down."

Keith looked at his crew and then farther down the stream. It was lush and thick with greenery.

"Okay, guys, what do you think?" Keith asked.

"We were making good time before we took the detour. It’s not that far back, and we don’t know what lies ahead, but heading back up isn’t going to be easy," Steve said.

"Not to worry, I know a better way." Pete said, and started forward at a brisk pace. The others secured their gear and followed him.

“Hey, Pete, it just occurred to me, how do you know that this is the way we came?" Keith asked.

Pete stopped, turned, and faced him. A broad smile grew on his face. "Well, because we’ve been followin’ you."

Before the travelers could so much as move, four pump shotguns cycled, bringing a new perspective to the situation.

Steve’s face went blank. He slowly lifted his gun barrel up from the ground.

"Wouldn’t do that if I were you," Pete warned calmly, his shotgun still hanging from his shoulder.

"What do you want?" Keith asked with disgust in his voice, pulling Kara closer to him. Steve stepped in front of Jill.

"Nothing, nothing really," Pete smiled. "We just don’t want you to make a mistake goin’ out there all
alone. Just come on and visit us for a spell. If you don’t like what you see, you can leave. Now, let me hold on to those guns for you so we don’t spook anyone along the way, all right?"

"Oh, Keith, what are they going to do to us?" Kara whispered in his ear.

"Now see here, little missy, don’t go to frettin’ none. There’s food and ammo and music. We’ll make you feel right at home. Just follow me, and we’ll be there in no time."

With no other option available, the four fell in line and marched to an unknown destiny.

The rest of the journey passed in silence, the path leading up a rocky hillside before returning to flat land. The village came into view within an hour.