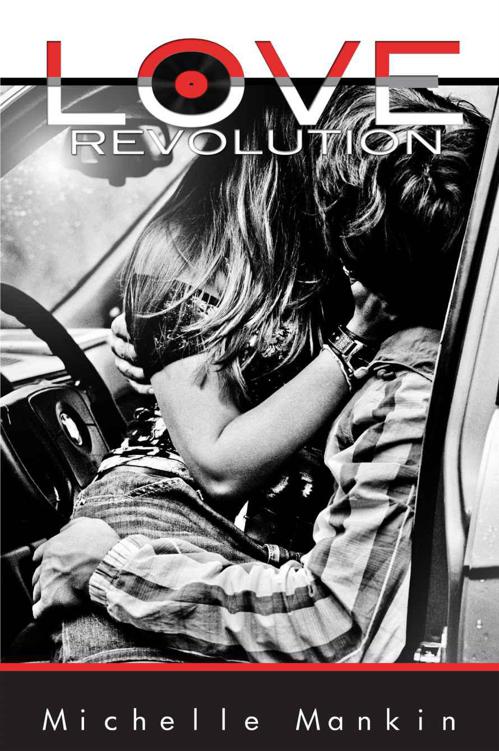 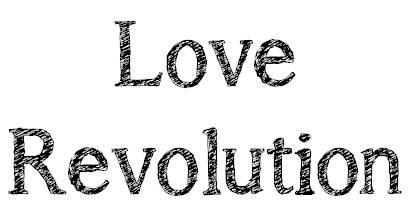 Discover other titles by Michelle Mankin at
Amazon
.

To all the country musicians who rock the house…

Revolution
(rev-
uh
-loo-sh
uh
n) n. A fundamental change in the way of thinking about or visualizing something.

A flashing blue and red light pattern illuminated Sara’s pale blood spattered face. She wanted to crawl away and hide from its revealing glow. The continuous flickering magnified the splitting headache behind her red-rimmed eyes. Even at one AM, the Texas night air remained stifling and oppressive, adding another layer of discomfort to her battered body.

A fine sheen of perspiration coated the exposed surface of her skin. Inside she felt numb, detached from the reality around her. She closed her eyes, wishing to be anywhere but here. Unfortunately, no amount of wishing could fix what had happened tonight. Nothing could. Nor would the present veil of darkness conceal for long the unspeakable evil that had taken place inside of her parents’ bedroom this night.

A sudden gust of warm wind rustled against the thin fabric of Sara’s white nightgown. Feeling a tremor in the tiny hand threaded together with hers, she glanced down at the cherub face of her younger sister, Samantha. The beautiful trusting grey eyes that looked back up at her were wide and brimming with tears. That small hand anchored her in place, while every other instinct screamed at her to run away and escape this nightmare.

Her body began to shake with the effort it took to keep from falling apart. Insanity clawed and butted like a ravenous beast against the thin barrier of her self- control. Wanting to take over. Wanting her to let go and give in.

Over the years as her parents’ tumultuous relationship had deteriorated, more and more of the responsibility for Sam’s upbringing had fallen to Sara. She didn’t mind. She loved her four year old sister to distraction. Adorable as an old fashioned Kewpie doll with her round, ringlet-framed face, Sam also had a sweet innocent spirit that won over everyone she met.

Sara’s head jerked up. The sound of her father’s loud, protesting voice reached her ears. He was handcuffed, and being escorted by two police officers out of the termite infested house they’d been living in for the past six months. He stumbled clumsily on drunken legs as he descended the dilapidated front porch steps. With bloodshot eyes, he scanned the weed infested trash strewn front yard until he found her.

His eyes narrowed, and he lunged in her direction before being yanked back.

Slurred words spewed from his vile lying mouth. “She had it coming. Sara, honey. Tell ‘em. She brought it on herself.”

Anger hardened her gaze. The audacity of the man, always rationalizing. But no amount of words could justify this. Straightening her spine, Sara gripped Samantha’s hand tighter and turned away.

“Don’t turn your back on me, you wretched, ungrateful child. I’ll wring your worthless scrawny neck. Your momma was a whore, Sara. You know as well as I do!” he yelled before pausing and gentling his tone. “Sara… please, Sweetie. Look at your Papa.”

Never look weak. Never show fear
. Sara repeated her coping mantra to herself before responding. Warily, she glanced over her shoulder and watched the cops drag him toward the waiting squad car.

“You’re gonna have to stand up for me soon, Sara. Don’t be like her. Do what’s right when the time comes,” he implored before the cop shoved his head down and pushed him into the back seat.

After the cruiser door closed, Sara sucked in a deep breath of the dank night air. It was finally over. “It’s ok, Sam. He’s gone. We’re safe.” She knelt down and the dry grass crunched underneath her weight. She wrapped her arms tightly around her sister’s delicate frame.

Sam sighed and sagged in her embrace.

“He’ll never be able to hurt us again,” she whispered into Sam’s ear, closing her eyes. Her momma’s image ghosted into her mind along with the labored last words she’d spoken.

“Promise me you’ll always take care of your sister.”

Sweet Texas Kiss (Sweet Texas Secrets) by Monica Tillery
Packed and Ready to Go by Jacki Kelly
Stay with Me by Jessica Blair
Finding Home (Finding Series, Book 1) by Sloane Kennedy
The Shambling Guide to New York City by Lafferty, Mur
All My Friends Are Going to Be Strangers: A Novel by Larry McMurtry
A Rumor of War by Philip Caputo
Freeing Destiny (Fate #2) by Faith Andrews
Kill For Love by RAY CONNOLLY
Veil of Night by Linda Howard