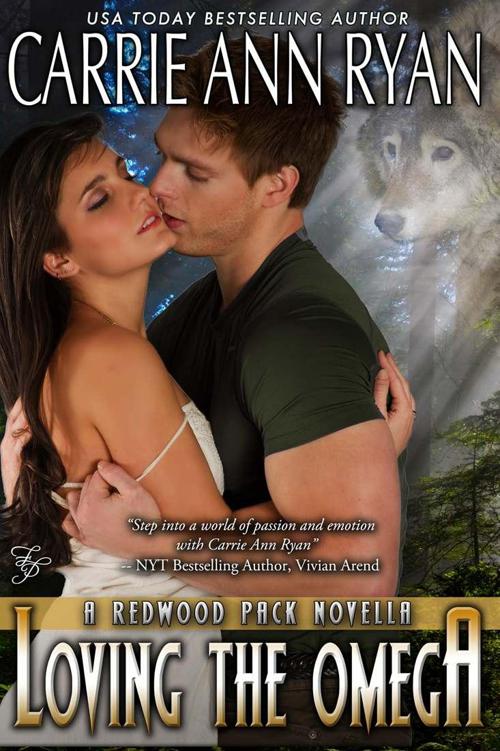 This ebook is licensed for your personal enjoyment only. This ebook may not be re-sold or given away to other people. If you would like to share this book with another person, please purchase an additional copy for each person or use proper retail channels to lend a copy. If you’re reading this book and did not purchase it, or it was not purchased for your use only, then please return it and purchase your own copy. Thank you for respecting the hard work of this author. To obtain permission to excerpt portions of the text, please contact the publisher at
[email protected]
.

Also, join our
Fated Desires Book Club
to interact with our authors.

Maddox Jamenson almost lost his mate before he knew she existed, but his life is now exactly how he’d dreamed it. The war with the Centrals is over, and his family is healing one day at a time. Ellie is reveling in the simple perfection that is her life and family now, but that doesn’t mean she can shed the self-doubts and concerns that come with being a new mother, mate, and Redwood.

When a disturbance in their quiet life threatens to ruin everything they’ve fought for, Maddox and Ellie will have to learn not only to rely on each other more than ever, but find within themselves the power to forgive.

Author’s Note: This is a novella set after book 7 to give you a taste of Maddox and Ellie. It is best that you have already immersed yourselves in the Redwood Pack world, however even new readers will enjoy a glimpse of one of the Redwood’s favorite couples.

To those who loved Maddox as much as I did.

With an ever growing list of characters in each book, I know that it might seem like there are too many to remember. Well don’t worry; here is a list so you don’t forget. Not all are seen in this exact book, but here are the ones you’ve met so far. As the series progresses, the list will as well.

Adam Jamenson
—Enforcer of the Redwood Pack, third son of the Alpha. Mate to Bay and father to Micah. Story told in
Enforcer’s Redemption
and
Forgiveness.

Bay Jamenson
—new member of the Redwood Pack. Mate to Adam and mother to Micah. Story told in
Enforcer’s Redemption
and
Forgiveness
.

Beth
—member of the Redwood Pack. Aunt to Emily.

Cailin Jamenson
—Only daughter of Edward and Pat. Mate to Logan. Story told in
Fighting Fate.

Caym
—demon from Hell summoned by the Centrals. Lover of Corbin.

Charlotte Jamenson
—half-sister of Ellie’s. Will be raised as a daughter by Ellie and Maddox.

Donald
—member of the Redwood Pack.

Ellie Jamenson
—Daughter of the former Alpha of the Central Pack. Mate to Maddox and mother to Charlotte. Story told in
Shattered Emotions
.

Emily
—young member of the Redwood Pack. Orphan and niece of Beth.

Emeline
—elder of the Redwood Pack. Lost her mate in the first war with the Centrals.

Finn Jamenson
—son of Kade and Melanie. Future Heir and Alpha of the Redwood Pack.

Gina Jamenson
—newly adopted daughter of Kade and Melanie. Her birth parents, Larissa and Neil were killed during an attack.

Hannah
—Healer of the Redwood Pack. Mate to Josh and Reed. Mother of Conner and Kaylee. Story told in
Trinity Bound
and
Blurred Expectations
.

Jason
—member of the Redwood Pack and one of the Alpha’s enforcers.

Jasper
—Beta of the Redwood Pack. Mate to Willow and father of Brie. Story told in
A Taste for a Mate
and
A Beta’s Haven
.

Jim
—hot dog vendor and one of Josh’s former friends.

Kade Jamenson
—Heir and future Alpha of the Redwood Pack. Mate to Melanie. Father to Finn, Gina, and Mark. Story told in
An Alpha’s Path
and
A Night Away
.

Larissa
—deceased member of the Redwood Pack. Witch and friend to Melanie. Mate to Neil and mother of Gina and Mark.

Maddox Jamenson
—Omega of the Redwood Pack. Mate to Ellie and father to Charlotte. Story told in
Shattered Emotions
.

Mark Jamenson
—newly adopted son of Kade and Melanie. Her birth parents, Larissa and Neil were killed during an attack.

Melanie Jamenson
—former human chemist and mate to Kade. Mother to Finn, Gina and Mark. Story told in
An Alpha’s Path
and
A Night Away
.

Mrs. Carnoski
—elderly customer of Josh’s when he was human.

Neil
—deceased member of the Redwood Pack. Mate to Larissa and father of Gina and Mark.

Noah
—member of the Redwood Pack and former lover of Cailin’s.

North Jamenson
—doctor in the Redwood Pack, son of the Alpha. Mate to Lexi. Story told in
Hidden Destiny
.

Parker Jamenson
—new member of the Redwood Pack and son of Lexi’s.

Reed Jamenson
—artist and son of the Alpha of the Redwood Pack. Mate to Josh and Hannah. Story told in
Trinity Bound
and
Blurred Expectations
.

Willow Jamenson
—former human baker and now mate to Jasper. Mother to Brie. Story told in
A Taste for a Mate
and
A Beta’s Haven.

The quick, lethal slice of the blade robbed him of breath, and he gasped, clinging to that last thread of life he knew would fade away as he exhaled. Fire scorched down his throat, down his spine. The absence of pain, the absence of agony was a torture in itself. He reached out, begging, screaming until his voice was raw.

It wouldn’t matter though.

The darkness surrounded him, clawing, digging its talons into his skin until he bled dry. It was the same thing every time. No matter what he did, he wouldn’t save him. He’d watch him die and lose the connection to the one man who mattered.

He pushed off the enemy and the cloying scent that meant the nothingness had found him and ran through clay and mud to the man who’d fallen, the man who’d been his everything as a child.

His screams did nothing.

The man fell to the ground, his body burning, turning to ash. There would be no rebirth. No phoenix rising. Only death.

He turned at the sound of his mother’s voice, the pain underlying her terror unbearable. She stood in a ring of fire, a sad smile on her face.

Maddox Jamenson jolted from sleep, a scream on his lips. Sweat slicked his back, and his hands shook. He let his face rest in his hands as he tried to throw off the nightmare as he’d done every morning since his parents had died, but it wasn’t enough this time.

He staggered from bed, his feet sliding on the tile when he got to the bathroom, his body still in a state of shock and sleep. As he vacated his stomach of whatever was left over from the night before, he closed his eyes, trying to will away the shakes.

Soft hands rubbed the scars on his back, soothed his aches. His mate, his love, Ellie placed a cool washcloth on his forehead, and he leaned into her, his eyes closed. He knew she sat on the floor next to him, her back to the sink as she took the brunt of his weight. She’d carry him through fire. Had literally done that once before. Just as he had done for her.

Those days were over now. At least they should have been.

Ellie shifted so he sat between her legs, supported against her chest, and ran her hands through his hair. “Feel better?”

They’d lain the opposite of this before, his large body cradling hers. The picture they made now would have looked odd to outsiders, but this was him and Ellie. They were who they were. Nothing more. Nothing less.

Maddox nodded, finally opening his eyes to see his mate. Her dark hair framed her face, the worry in her dark eyes mixed with sleep—sleep they both should still be relishing in.

“I’ve been better,” he replied truthfully. He ran his tongue over his teeth and winced. “And I need to brush my teeth.”

Ellie wrinkled her nose then kissed his temple. “Yeah, brushing your teeth sounds good. But what about the nightmare? Was it the same one?”

He sighed, closing his eyes for a moment, before forcing them back open. He was man enough to admit he was too afraid to keep them closed for too long afraid of what he’d see.

“It’s the same thing each time. I feel the bond between my father and me snap, sever, break. It’s not just the Alpha bond, but the one that holds us together as a family…”

“…and your connection to him as an Omega,” his mate finished for him.

Maddox leaned into Ellie’s hold once more then stood up, holding out his hand. She put her hand in his, and he pulled her up, tucking her into his body. With her there, his wolf calmed, and he didn’t feel so out of place, out of sync anymore. He slid his fingers through her long black hair, loving the soft texture against his skin. Memories of her hair brushing his sweat-slick skin as they made love filled his mind, and he held back a groan. Yes, he loved her hair. The dark tresses fell over her honey-dark skin, the combination a perfect blend of what he loved about his mate.

“Want to talk about it?”
she asked through their mental connection.

Their mating bond was unique in that it had held this special feature. They could communicate thoughts to one another along a special path created when they mated. He could hear the thoughts she sent him and vice versa. They couldn’t hear every thought, and he was glad for that. Without that barrier it would be easy to become lost inside her mind forever, painful memories and all. If he could, he would find a way to erase everything she’d been through with the Centrals and soothe her aches, but as Ellie had pointed out, without those, she wouldn’t be the person she was today. It was the same for him as well. They each needed their own space, but knowing that the other person would be there, even in that special connection, made Maddox feel more centered.

The IT Guy by Wynter St. Vincent
Tears on a Sunday Afternoon by Michael Presley
This Is My Brain on Boys by Sarah Strohmeyer
4 Rainy Days and Monday by Robert Michael
Commitments by Barbara Delinsky
The Black Dog Mystery by Ellery Queen Jr.
The Tycoon's Socialite Bride (Entangled Indulgence) by Livesay, Tracey
Hana: A Delirium Short Story by Oliver, Lauren
Underworld by Greg Cox
Red Mars by Kim Stanley Robinson