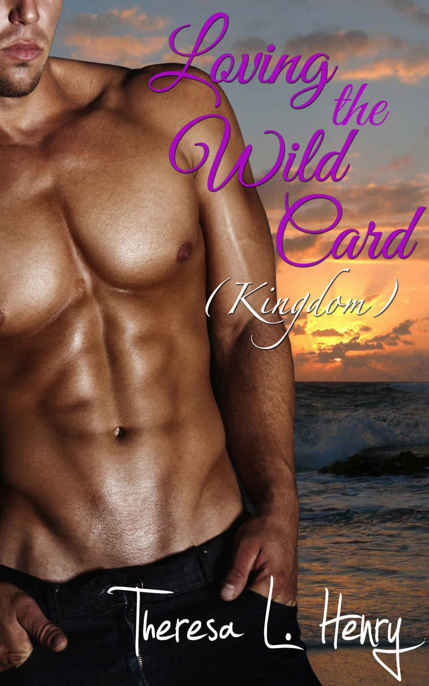 Without limiting the rights under copyright reserved above, no part of
this book may be reproduced, stored or shared in any form, including but not
limited to: printing, photocopying, faxing, recording, electronic transmission,
or by any information storage or retrieval system without prior written
permission from the author and copyright holder; excepting brief quotes used in
reviews.

This book is a work of fiction. References may be made to locations and
historical events. However, names, characters, places and incidents are the
products of the author’s imagination and/or used fictitiously. Any resemblance
to actual persons living or dead, business events or locales is either used
fictitiously or coincidentally. All trademarks, service marks, registered
trademark, and registered service marks are the property of their respective
owners and are used herein for identification purposes only.

Adult Content: Contains sexually explicit scenes, violence and adult
language. This book is for sale to adults only. Please store your files
responsibly, where they will not be accessible to under-aged readers.

The driver paid no attention to the demand of the young man whose
command was loud enough to sting his ears. He was employed to drive them to and
from school, not to take orders from them. In his opinion most rich kids
thought, they ruled the world. However, from his experience these two weren’t
so bad.

This was a good gig and he couldn’t ignore the authoritative demand of
the older boy.

Looking in his rear view mirror, the driver met the cold green-black
eyes of, Jacob Kingdom.

Before the car came to a complete halt, the younger boy’s hand was on
the door handle, ready to jump out.

“She thinks she can take him!” The boy threw over his shoulder; his gaze
fixed on the crowd gathered on the sidewalk.

“Shut up you freak. You don’t get to tell us what to do!” Ordered the
ringleader of the group of bullies surrounding the kid the girl was defending.

While he insulted her, he didn’t spare the girl a glance. She had a big
mouth, and he wasn’t about to lose credibility by giving her his attention.

The boy at the center of their taunts was a pitiful sight. His tears ran
down his face with increasing speed and merged with the snot hanging from his
nose. The kid was huge, at nearly six feet. Why he didn’t defend himself
against the bullies, Lux had no idea. Never one to tolerate an injustice, she
stepped in again.

The bully continued to ignore her as he slapped the crying kid across
the face.

“Look at you; you should be ashamed, crying like a baby. What do you
weigh, three hundred pounds? What do you think guys, should we see if he’s got
any money? Then we should roll his fat ass down the hill? The bully mocked, his
insults becoming crueler with every taunt. Spurred on by his entourage, he slapped
the hapless kid around the face again.

Lux pulled back and threw a punch that landed square in the middle of
the bully’s face. Enough blood erupted from his nose that she nearly passed out
at the sight of it.

A terrible hush fell over the bystanders and Lux knew she was in
trouble. The kid she was defending seized his opportunity, and was running down
the hill as though the hounds of hell were nipping at his heels. She was on her
own. Her grandmother had always said
no good deed goes unpunished
, and
she was sure this was one of those times.

She could handle herself though, or so she liked to think, her brother
had taught her how to throw more than a punch.

The taunts of the other kids about whether he was going to let a girl
kick his ass, was all it took for Raymond Harris to swipe a sleeve under his
nose. Then he was moving towards her with deadly intent.

When he threw his first punch, Lux was ready and side stepped it.
Raymond was furious. If the situation wasn’t so precarious, she would have
taken the opportunity to look for allies amongst the boys and girls that
surrounded them.

Bracing herself, Lux watched as Raymond Harris sniffed and moved towards
her. Out of nowhere, a tall black haired caucasian youth had one hand on the
waist of Raymond’s pants and another on his collar. The way he tossed Raymond
aside was incredible. Then he was standing in front of her as though daring one
of Raymond’s sycophants to step in, none did. Probably because there was an
equally tall and larger blond haired youth standing with his legs braced apart,
and hand fisted at his side. And he looked as though he were ready to take them
all on.

His attention diverted, a boy moved as though to get a jump on the
blond.

“Think carefully before you take another step. It’s been a while since
I’ve had to kick someone’s ass, and I’ve missed it.” The baring of the blond’s
teeth unnerved Lux, and it seemed to do the same to the kid who thought to jump
him.

Lux could tell they weren’t much older than her, but their height belied
their age. They were huge!

Slowly the crowd dispersed. But not before Raymond and his cronies all
pointed a finger at her defenders, then pounded their chests in warning that
they’d meet again. The young men who’d come to her rescue remained
expressionless at the gestures. They also remained a protective barrier before
her until the crowd dispersed.

When the dark haired youth finally turned to her, Lux immediately
noticed the color of his eyes. They were a dark green that bore into her,
pinning her with their intensity.

“I can’t make up my mind whether you’re really brave or
incredibly
dumb. Either way, I think a
thank
you
is in order.” Were the first words he spoke to her.

The blond, obviously his brother, didn’t even glance in her direction as
he shook his head and walked back to the expensive looking car.

“Did you hear what I just said?”

When the blond was out of sight, her shock at what had just gone down
floated away. She didn’t like the way this stranger was speaking to her. Never
one to hold back her thoughts, she didn’t even consider her words.

“I never asked you to help me! I can take care of myself. If I ask for
something and receive it, I’ll say thank you. Seeing as how that never
happened, you can get back in your fancy car and go about your business!”

The stunned look on the youth’s face amused her. She didn’t need a
knight to protect her. She could do that all by herself.

Two days later, Josh said his goodbyes to his friends with the full
knowledge he was being followed. The car was crawling along behind him. He
could take care of himself in a fair fight, but the way the car was tracking
his steps had him worried.

Thoughts of the group of boys who’d challenged
him a few days
before
floated through his
mind. Refusing to think about running, Josh abruptly stopped walking and spun
around; ready to confront his would-be attackers. Disregarding the bright beam
of the headlights, he waited.

The vehicle wasn’t what he’d been expecting. There was no way the
bullies could ever begin to afford the slick car that glided to a halt in front
of him. The headlights dropped as the beam lowered to the ground.

The car door slowly opened, and Josh immediately spread his weight ready
to defend himself. If he had to fight, he was prepared to give a good account
of himself. All he could hope was that his father and brother wouldn’t receive
a phone call informing them, his lifeless body had been found in a gutter.

This wasn’t his side of town, but it was where some of his friends
lived. It was where Shona McBride lived, and she was giving him all the signs
of someone who wanted to be laid.

The man who exited the car was a complete stranger to Josh. He was of
medium height and looked to be in his mid-twenties.

“I’d like to speak to you. Please join me.” The man spoke with a slight
accent that he couldn’t place. He’d heard an inflection like it recently, but
in his adrenalin rush, he didn’t take the time to decipher where.

“Like I said, I want to speak to you, but I do not conduct business on
the side of the road. Please join me in the car.”

Josh couldn’t sense any imminent danger, but he wasn’t a fool. At
sixteen years old, he was bigger and taller than the man before him, but that
meant nothing. One of his father’s lessons sprung into his mind.
Never
underestimate an opponent
.

“I’m just fine where I am,” Josh finally informed the stranger. “Who are
you and what do you want?”

“To tell another one’s name is to give them power over you,” came the cryptic
response.

“Dude, you’re the one who’s been following me! I don’t know you and I
don’t want to. So, why don’t we both keep our names to ourselves and go our
separate ways. Stop following me and we’re both good.”

When Josh finished speaking, the man stood in silence for a few moments
as though summing him up.

“My name is Samuel Lee and I’m here to thank you.”

“Thank me for what?” Josh questioned.

“For coming to the aid of my sister two days ago,” was the simple
response.

Suddenly it all clicked into place. This man had the same accent as the
girl he’d stopped to help.

“No thanks necessary. There was no way my brother or I would see a girl
surrounded by thugs and not stop to help.”

“That kind of mindset, although honorable will get you into trouble.”
the man stated with a straight face.

In one breath, the man was thanking him and in the next he was telling
him his actions were stupid. Confused and unwilling to take the time to decrypt
what the man meant, Josh was through listening. Turning his back, he made ready
to walk away.

“Never,” the sound of that one word caused Josh to spin around to face
him again. “Turn your back on uncertainty or it could be the last thing you
ever see!”

“What-do-you-want-with-me?” Josh asked through gritted teeth, angry with
the lecture. The man took his time responding which further grated on Josh’s
nerves.

“You helped my sister and so I’m in your debt. I know who you are so I’m
not going to offer you money. If ever a time comes when you need a favor, call
me.”

Josh watched the man carefully as he reached into his inside pocket and
extracted a card. Holding the small piece of rigid paper between his middle and
index finger, he waited for Josh to take it.

Josh walked towards him with cautious steps. He extended his hand to
take the card, his fingers were ensnared in a vice-like grip. Josh immediately
knew that if he put up a fight, he’d probably come out the loser. Looking the
man directly in the eyes, he waited.

“I’ve also entrusted you with something few people know; my real name.
Guard it well, Joshua Kingdom, for your sake and your family’s.”

Releasing him, Sam turned his back to Josh and walked away. Moments
later Joshua watched the powerful car pull away and turn a corner disappearing
from sight.

Looking down at the card, he read what was written on it. Apart from a
telephone number there was only one word, Counterfeit. He also noted
Counterfeit didn’t think twice about turning his back on him.