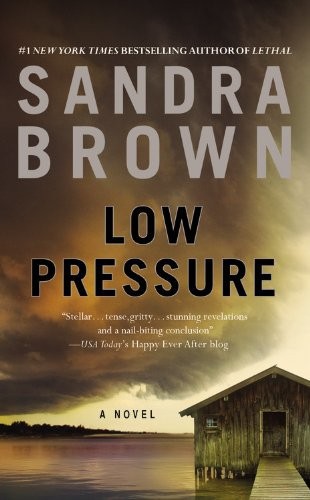 First published the United States of America in 2012 by Grand Central Publishing, a division of Hachette Book Group, Inc.

The right of Sandra Btown to be identified as the Author of the Work has been asserted by her in accordance with the Copyright, Designs and Patents Act 1988.

T
he rat was dead, but no less horrifying than if it had been alive.

Bellamy Price trapped a scream behind her hands and, holding them clamped against her mouth, backed away from the gift box of glossy wrapping paper and satin ribbon. The animal lay on a bed of silver tissue paper, its long pink tail curled against the fat body.

When she came up against the wall, she slid down it until her bottom reached the floor. Slumping forward, she removed her hands from her mouth and covered her eyes. But she was too horror-stricken even to cry. Her sobs were dry and hoarse.

Who would have played such a vicious prank?
Who
? And
why
?

The events of the day began to replay in her mind like a recording on fast-forward.

“Thank you.” Bellamy tried to maintain the rapid pace set by the publicist for the publishing house, who functioned as though her breakfast cereal had been laced with speed.

“This show is number one in its time slot.” Her rapid-fire speech kept time with the click of her stilettos. “Miles ahead of its competition. We’re talking over five million viewers. You just got some great national exposure.”

Which was exactly what Bellamy wished to avoid. But she didn’t waste her breath on saying so. Again. For the umpteenth time. Neither the publicist nor her agent, Dexter Gray, understood her desire to direct the publicity to her best-selling book, not to herself.

Dexter, his hand tightly grasping her elbow, guided her through the Manhattan skyscraper’s marble lobby. “You were superb. Flawless, but warm. Human. That single interview probably sold a thousand copies of
Low Pressure
, which is what it’s all about.” He ushered her toward the exit, where a uniformed doorman tipped his hat as Bellamy passed.

“Your book kept me up nights, Ms. Price.”

She barely had time to thank him before being propelled through the revolving door, which emptied her onto the plaza. A shout went up from the crowd that had gathered to catch a glimpse of that morning’s interviewees as they entered and exited the television studio.

The publicist was exultant. “Dexter, help her work the crowd. I’m going to get a photographer over here. We can parlay this into more television coverage.”

Dexter, more sensitive to his client’s reluctance toward notoriety, stood on tiptoe and spoke directly into Bellamy’s ear to make himself heard above the Midtown rush-hour racket. “It wouldn’t hurt to take advantage of the situation and sign a few books. Most authors work their entire professional lives—”

“And never receive this kind of media attention,” she said, finishing for him. “Thousands of writers would give their right arm for this. So you’ve told me. Repeatedly.”

“It bears repeating.” He patted her arm as he steered her toward the eager people straining against the barricades. “Smile. Your adoring public awaits.”

Readers who had become instant fans clamored to shake hands with her and have her sign their copies of
Low Pressure
. Being as gracious as possible, she thanked them and smiled into their cell-phone cameras.

Her hand was being pumped by an enthusiastic fan when she spotted Rocky Van Durbin out of the corner of her eye. A writer for the daily tabloid newspaper
EyeSpy
, Van Durbin was standing slightly apart from the crowd, wearing a self-congratulatory smirk and giving instructions to the photographer accompanying him.

It was Van Durbin who had uncovered and then gleefully disclosed that the writer T. J. David, whose first book was generating buzz in book circles as well as in Hollywood, was, in fact, Bellamy Price, an attractive, thirty-year-old woman:

“Why this native Texan—blue-eyed, long-legged, and voluptuous, and isn’t that how we like them?—would want to hide behind an innocuous pen name, this reporter doesn’t know. But in spite of the author’s coy secrecy,
Low Pressure
has soared to the top of the best-seller charts, and now, apparently, Ms. Price has come out of hiding and gotten into the spirit of the thing. She’s eschewed her spurs and hat, abandoned the Lone Star state, and is now residing in a penthouse apartment overlooking Central Park on the Upper West Side, basking in the glow of her sudden celebrity.”

Most of that was a lie, having only filaments of truth that kept it from being libelous. Bellamy did have blue eyes, but she was of average height, not noticeably tall, as his description suggested. By no one’s standards could she be considered voluptuous.

She did have a cowboy hat, but it hadn’t been on her head for years. She’d never owned a pair of spurs, nor had she ever known anyone who did. She hadn’t abandoned her home state, in the sense Van Durbin had implied, but she had relocated to New York several years ago, long before the publication of her book. She did live on the Upper West Side, across from the park, but not in a penthouse.

But the most egregious inaccuracy was Van Durbin’s claim that she was enjoying her celebrity, which she considered more a harsh glare than a glow. That glare had intensified when Van Durbin wrote a follow-up, front-page article that contained another startling revelation.

Although published as a novel,
Low Pressure
was actually a fictionalized account of a true story.
Her
true story. Her family’s
tragic
true story.

With the velocity of a rocket, that disclosure had thrust her into another dimension of fame. She abhorred it. She hadn’t written
Low Pressure
to become rich and famous. Writing it had been therapeutic.

Admittedly, she’d hoped it would be published, widely read, and well received by readers and critics, but she had published it under a non-gender-specific pseudonym in order to avoid the spotlight in which she now found herself.

Low Pressure
had been eagerly anticipated even before it went on sale. Believing strongly in its potential, the publishing house had put money behind its publication, placing transit ads in major cities, and print ads in magazines, newspapers, and on the Internet. Social media outlets had been abuzz for months in advance of its on-sale date. Every review had been a rave. T. J. David was being compared to the best crime writers, fiction and nonfiction. Bellamy had enjoyed the book’s success from behind the protective pseudonym.

But once Rocky Van Durbin had let the genie out of the bottle, there was no putting it back. She figured her publisher and Dexter, and anyone else who stood to profit from sales, were secretly overjoyed that her identity and the backstory of her book had been exposed.

Now they had not only a book to promote, but also an individual, whom they had deemed “a publicist’s dream.”

They described her as attractive, well educated, well spoken, not so young as to be giddy, not so old as to be boring, an heiress turned best-selling author. She had a lot of “hooks” to draw upon, the chief one being that she had desired anonymity. Her attempt to hide behind a pen name had, instead, made her all the more intriguing. Rocky Van Durbin was relishing the media frenzy surrounding her, which he had helped create, and, never satisfied, continued to feed the public’s voracious curiosity with daily tidbits about her, most of which were either blatantly untrue, speculative, or grossly exaggerated.

As she continued to sign autographs and pose for photographs with fans, she pretended not to have noticed him, but to no avail. He rudely elbowed his way through the crowd toward her. Noticing his approach, Dexter cautioned her in a whisper, “Don’t let him get to you. People are watching. He’d love nothing better than to goad you into saying something he could print out of context.”

When the so-called journalist came face-to-face with her, making it impossible for her to ignore him, he smiled, revealing two rows of crooked yellow teeth, which she imagined him filing in order to achieve that carnivorous grin.

Looking her up and down, he asked, “Have you lost weight, Ms. Price? I can’t help but notice that you’re looking thinner.”

A few weeks ago she’d been voluptuous. Tomorrow she would be suffering from an eating disorder.

Without even acknowledging his sly question, Bellamy engaged in conversation with a woman wearing an Ohio State sweatshirt and a Statue of Liberty spiked crown made of green rubber foam. “My book club is reading your book now,” the woman told her as they posed together for a snapshot taken by her equally enthusiastic husband.

“I appreciate that very much.”

“The rest of them won’t believe I met you!”

Bellamy thanked her again and moved along. Undaunted, Van Durbin kept pace, furiously scribbling in a small spiral notebook. Then, stepping between her and the next person waiting for her attention, he asked, “Who do you see playing the lead roles in the movie, Ms. Price?”

“I don’t see anyone. I’m not in the movie business.”

“But you will be before long. Everybody knows producers are lined up to throw money at you for the option on
Low Pressure
. It’s rumored that several A-list actors and actresses are campaigning for the parts. The casting couches have never had turnover this brisk.”

She shot him a look of pure disgust.

“No opinion on the subject?”

“
None
,” she said, stressing the word in such a way as to discourage any more questions. Just then a man wedged himself between two young women and thrust a copy of her book at her. Bellamy recognized him immediately. “Well, hello again. Hmm . . .”