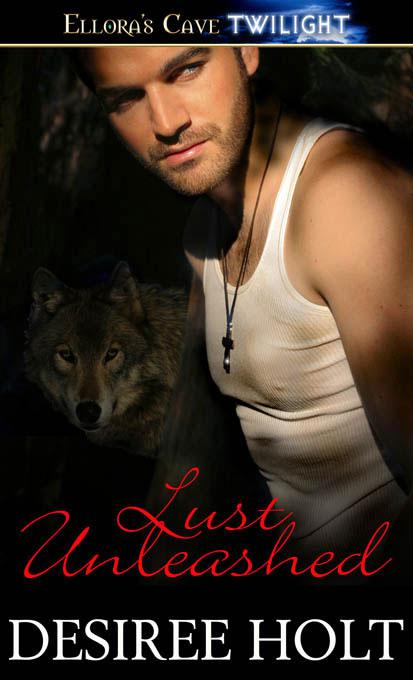 Jonah Grey, driven by a lust for the blood of the legendary Chupacabra that murdered the woman who was to be his mate, jumps at the offer to leave the FBI and join Night Seekers, who are dedicated to hunting and killing the devil beast.

But the devil beast must still be dealt with, and the wolf in Jonah won’t rest until the Chupacabra is dead.

To all the law enforcement officers who have been so helpful, to the Texas Department of Parks and Wildlife, but most of all to the wolf down the street. This is for you.

Like other creatures in the
cryptozoologist’s
barnyard, the chupacabra has been variously described. Some witnesses have seen a small half-alien, half-dinosaur tailless vampire with quills running down its back; others have seen a pantherlike creature with a long snakelike tongue; still others have seen a hopping animal that leaves a trail of sulfuric stench. Some think it may be a type of dinosaur heretofore unknown. Some are convinced that the wounds on animals whose deaths have been attributed to the chupacabra indicate an alien presence. However, they do not attribute the “mutilations” to the aliens themselves, but to one of their pets or experiments gone awry. Such creatures are known as Anomalous Biological Entities [ABEs] in UFO circles.

~From Wikipedia, The Free Encyclopedia

Craig Stafford sat at the head of the huge oak table in the dining room of the isolated ranch house and looked at the other people gathered there. He’d chosen carefully and he hoped wisely. The atmosphere in the room crackled with tension and expectancy. The eight men and women who stared back at him were all seasoned law enforcement veterans of one kind or another. But what really bound them together—what had really drawn them to answer his invitation—was an unsatisfied thirst for vengeance, much like his own.

“Thank you all for coming.” He nodded at the tall woman in jeans and plaid shirt. “Angie has made a large pot of coffee, but we also have tea for anyone who prefers it, as well as something a bit stronger.”

Everyone indicated coffee would be good and Angie distributed full mugs to them.

“I’m sure you’re all wondering why I asked you here,” the billionaire began, scanning faces again.

“You said it would be about the Chupacabra.” This from Jonah Grey, FBI agent. The Chupacabra had killed Jenna, the human he was about to mate with.

The legend of the Chupacabra occupied a huge place in folklore. Some believed it to be just that—a legend. Others, like Craig Stafford, who had seen its handiwork, knew it was real. The first sightings were reported in Puerto Rico, where a farmer found his goats slaughtered, hence the name, literally translated to “goat sucker”. People who claimed to have seen it reported a hellish animal with the head of a wolf and sharp fangs. For those sitting at the table who were shapeshifters, this degradation of the wolf was a personal insult.

Now the legend’s infamy had spread through both North and South America, reported from places as far apart as Maine and Wyoming. But Texas and Mexico had the most incidents, which was why Stafford was basing the team here.

“Yes. That’s correct.” Stafford was aware that Jonah was a shifter, another reason he’d been included. He stared at his coffee cup for a long moment. “You all know that my wife, Julia, and my daughter, Andrea, were killed several months ago. Slaughtered.” The pain, always near the surface, stabbed through him like hot metal. He’d been the one to find them in the north pasture of their ranch, a scene he’d never forget no matter how long he lived. One that opened the gates of hell for him every night.

“By an animal of some sort,” Jonah said.

Stafford turned his piercing gaze on him. “I won’t sugarcoat this. Here in this room I’m going to tell you that it was the Chupacabra. It has every sign of that beast’s usual attacks, despite what the authorities wanted me to believe.”

Everyone knew what that meant—puncture wounds at the throat, every drop of blood drained from the body, abdomen ripped open. They all looked at each other. They’d seen it before, too. Up close and personal.

“It’s been months since they died,” Stafford continued, bitter memories choking him. “I’ve been stonewalled and placated by every law enforcement agency in this state and this country. Scientists and zoologists have argued with me. But no one has stated positively that the Chupacabra is the killer or that they have any clue to what happened. I know, and each of you knows, because it happened to you.”

Everyone shifted uneasily, but they had their attention fixed on their host.

“Another point. Besides everyone at this table being in some area of law enforcement, six of you are shifters, with pure wolf ancestry. I think that’s important in tracking this hellish beast.” He paused, staring into his coffee. “I’m going to share something with you that very few people are aware of. I, too, am a shifter, separated long ago from my pack.”

Chelsea Roland, a private investigator, leaned forward. “I’m in the same situation you are.” She looked at the others. “Maybe we all have the same story in one way or another. My sister was a victim.” She swallowed hard.

A soft murmuring of sound filled the room.

“And that’s the basis for this gathering.” Stafford let his gaze travel around the table, studying each one in turn. “I propose we form our own pack. A group that will incorporate all the law enforcement skills you bring with you plus the highly developed senses of the shifters.”

“What about those of us who aren’t shifters?” The question came from Dante Martello, Chicago Police Department. “My wife was killed by the beast while we were on vacation, so I’m definitely in, but are we the odd men—or women—out?”

Stafford shook his head. “Not at all. You bring specially honed skills with you that I consider very valuable to this team. If you all agree to form this team, you will each resign your current positions and relocate here to this ranch. I own the property. It’s isolated enough to keep prying neighbors away and as secure as technology can make it. Angie will take care of all the cooking and household chores, and two of my best hands will handle the heavier chores as well as providing additional security.”

“Besides the similarities in the killings, there’s one more thing we need to be very aware of.” Chelsea looked around the table at everyone. “I Googled everything I could find about the beast and the killings. There isn’t a lot because people usually try to deny it.” She stopped, took a breath. “But I did pick up a couple of very valuable pieces of information. The killings usually come in threes. Three separate attacks. And the sites are not too far away from each other.”

“I discovered that, too.” Mark Guitron, former deputy sheriff in Montana nodded his head. “Always three incidents before the beast leaves the area to hunt somewhere else. And always in an area partly isolated from the other people.”

“Jenna and I lived right outside the city where the land became pretty rural,” Jonah put in. We liked being away from other people.”

Dante Martello leaned forward. “My wife and I were staying at a vacation cabin in Maine when it happened.”

Voices murmured around the table as others shared bits and pieces of the circumstances of their own tragedies.

“What all this means,” Stafford told them, “is that when we get a report of a killing we need to be vigilant and know the devil beast isn’t through with that area yet. It’s impossible to predict where it will strike so tracking it will be difficult, but we can make educated guesses. We just have to do the best we can.”

“Will you be providing the money?” someone asked. “This looks to be an expensive operation.”

“Yes.” He nodded. “I will fund the entire operation and there will be no limit to what you can spend.” He waved his hand in the air. “This house has ten bedrooms and sits in the middle of five hundred acres. It’s surrounded by an electrified fence and we have a state-of-the-art alarm system so we don’t have unannounced visitors.”

“So we’re isolated here.” This from Ric Garza, former Texas Ranger and another shifter. “Not that I care. I haven’t mingled well in society since I found my mother’s body.”

Stafford nodded. “Yes. And the place has an appropriate name, both for its location and the situation. Desolation Ranch.”

“What about personal funds?” Garza asked. “If we leave our present jobs we’ll need some way to earn a living.”

Stafford nodded. “A good point. You will each be very well compensated.” He pointed to a stack of papers in front of him. “I have a contract here for each of you to sign if you’re in that spells everything out very clearly—what you’ll be paid, how, what your responsibilities will be. But you must agree to be in this for however long it takes to track this monster down and kill him.”

“Does this group have a name of some kind?” Martello wanted to know.

Stafford looked around the table. “Yes, it does, and I hope you all approve. I’m calling it Night Seekers. Because while all your skills are sharp at any time, you operate especially well at night. And that’s when this devil does his murderous work.”

“And our purpose?” Jonah Grey asked.

Stafford gave them each his steely gaze again, studying them one at a time as if to assure himself they would all understand the directive.

“Find and destroy the Chupacabra.”