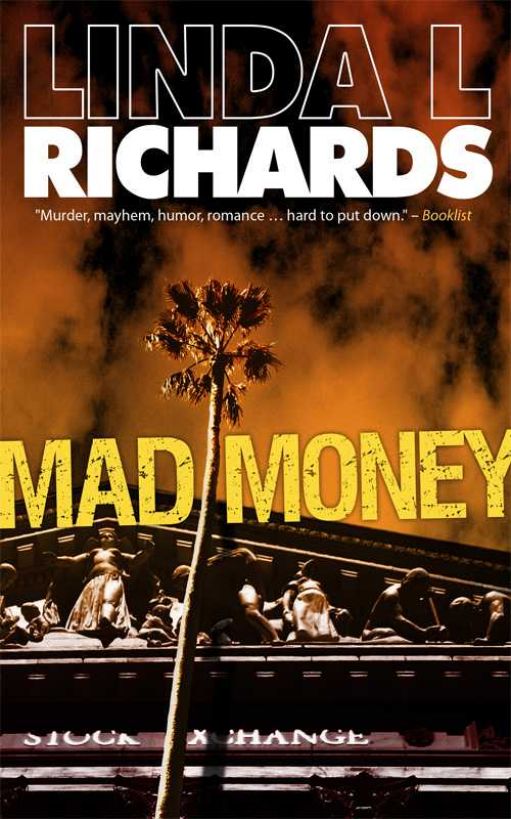 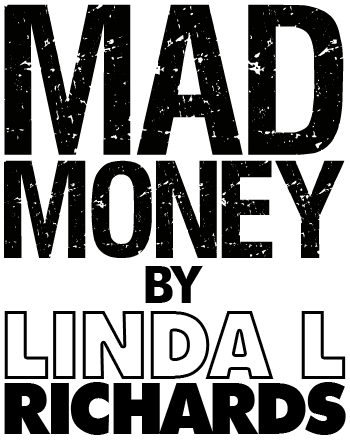 This
Smashwords Edition of

All rights reserved. Except for use in any
review, the reproduction or utilization of this work in whole or in
part of any form by electronic, mechanical or other means, now
known or hereafter invented, including xerography, photocopying,
and recording, or in any information storage retrieval system, is
forbidden without the express written permission of the author.

All characters in this book have no existence
outside the imagination of the author and have no relation
whatsoever to anyone bearing the same name or names. They are not
even distantly inspired by any individual known or unknown to the
author, and all incidents are pure invention.

No one accused me of killing Jackson
Shoenberger. The hand on the weapon wasn’t mine. I didn’t pull the
trigger or point the gun. After Jack was dead, no one looked at me
and said: “She did it. Madeline Carter widowed that woman, orphaned
those kids.”

Yet, I felt responsible. Responsible and at
the same time, I felt how easily it could have been me. Those
things might sound mutually exclusive, but they’re not.

I wasn’t a junior broker. Neither was Jack.
We’d both been with the company 10 years when Sal came to us and
offered to pull us out of the bullpen — give us offices of our own.
Jack looked like he thought it was a good idea, but I wouldn’t
bite. I loved the electric crackle in the pen on bullish mornings
when the room hummed with possibilities — the phones, the yells,
the excited high fives. It was a part of it for me. I loved being a
broker. Being an investment manager didn’t feel like a step up.

I wouldn’t have blamed Jack for accepting
Sal’s offer. Jack had a wife, kids and a house in Jersey. I didn’t
even have a cat. But, when I declined, Jack looked at me with those
heavy lidded eyes of his and grinned. “What she can hack,
I
can hack.” It could have meant a lot of things, but I took it at
face value.

We never got a clear answer on how the
shooter made it past security and into the bullpen. He looked
normal enough. Fortyish, short dark hair, well-pressed chinos and a
good wool coat, not out of keeping with the season. In retrospect I
think that when he said “Jackson Shoenberger?” to confirm Jack’s
identity, there was a quaver in his voice. A hesitation. But maybe
that’s just my mind filling things in after the fact.

The rest isn’t filled in.

Initial surprise. Then a smile. An extended
hand. “Yeah, I’m Jack. What can I do you for?”

A coat flung aside, a flash of chrome, a
crack of sound, then Jack on the floor in a cascade of blood. I
can’t forget the smell: metallic and burnt all at once. The smell
of the firearm discharging. Cordite. But something else. Not the
smell of death, but that of dying.

Before any of us had time to react, another
crack and the shooter was down. So little space had separated the
two men that the shooter’s ruined face came to rest on Jack’s left
foot. More blood. Then a cone of silence you could hold in your
hand. The world stopped. No one said anything. No one screamed. No
one even seemed to breathe. Ten seconds. Maybe 30. It was the blood
on my hand that woke me from my daze. Moved me. Blood cooled by its
flight through the air.

Then chaos: we all moved at once. It didn’t
matter; we could have stayed there for an hour. Forever. Jack was
dead. Jackson Shoenberger — 35-year-old husband of Sarah, father of
Nigel and Rose, the man who never missed the
first-Thursday-night-of-the-month meetings of his gourmet club —
was dead before he hit the floor.

And it was stupid. Pointless. Without sense.
The shooter had been a client. Not an important one. He’d made a
bit of money when the bull was raging and had started investing
heavily just as the bear pulled up. The worse the market got, the
more money he plugged in. I know Jack wouldn’t have asked him where
the cash was coming from. That wasn’t part of our job.

Once the blood was mopped up, we followed
the paper trail. Jack had been trying to steer the guy right but he
hadn’t listened, hadn’t trusted and had said “Buy,” when Jack had
told him “Sell.”

It had only been a couple of hundred grand
but, as it turned out, it belonged to the shooter’s mom. According
to the pieces the police and the old woman’s boyfriend put
together, the lady asked for her cash back to buy a condo in
Florida and her son just snapped. Killed her pretty much the way
he’d killed Jack — at close range with the same small gun — then
hauled his ass to Manhattan from Long Island and did the double
deed — Jack and then himself — all in the space of a couple of
hours.

The funeral was in New Jersey, in
Lawrenceville where the Shoenbergers had made their home. I was
pleased to see Sarah’s delicate face light up when she saw me and
surprised to see Nigel and Rose standing somberly on either side of
their mother.

“They’re little, I know,” Sarah said when
she saw me notice. “But I wanted them to be part of this. Funerals
are about completion for those that are left behind,” she said it
like a mantra, smoothing Nigel’s pale hair absently as she spoke.
“They deserved the chance to say good-bye, too.”

Sarah was, in all ways, the opposite of her
husband.
Late husband
, I corrected myself. Sarah was a tiny
bundle of energy, where Jack had been big and rangy and, for a
broker, laid back. Sarah was dark where Jack had been fair. Each
had been given a child: At nine, Nigel, with fine wheat-colored
hair and pale eyes, was the image of his father. Today it hurt to
look at him. Rose, just six, was dark and composed, a jade green
ribbon bringing out the red highlights in her hair.

“I was afraid you wouldn’t come,” Sarah
said, grasping my hand tightly when she saw me after the
funeral.

“I was worried when you didn’t return my
calls.”

“Oh, honey, I know you were,” she reached
out and squeezed my hand. “That must have been so hard.”

The touch undid me. On the surface of
things, I’d been managing fine. Not thinking too much about
anything, just moving. But the touch, from someone so close to
Jack, someone with whom I shared a link to my old friend, was like
a flame to wax on the place I’d been protecting. I could feel my
face cloud, tears threatening, something I couldn’t bear the
thought of Sarah seeing. Sarah’s pain, I thought, was enough. She
didn’t need the added weight of mine. She didn’t see it that
way.

“After all of this,” she indicated the
crowds of people filing through, both Jack and Sarah’s families,
coworkers and friends, “just a few people are coming by the house.
I’d like you to be one of them.”

I nodded, quickly kissed her on the cheek
and went to move on, to let other mourners pay their respects, but
Sarah didn’t let me slip away. She grasped my hand firmly and
pulled me back. “Don’t even think about bailing, Carter,” she said
firmly. “I
need
you there. Jack would have wanted you
there.”

“Yes’m,” I said, smiling for what felt like
the first time in days. “That does not sound like an invitation
that can be turned down.”

“Any time, really. My parents already headed
back to the house to make coffee and prepare food.”

But I didn’t head straight for the house. I
drove around Lawrenceville in my rental, mentally placing Jackson
everywhere I looked. In a ball cap and jeans, on the weekend,
scooting into the hardware store for whatever gunk he needed to fix
a leaky faucet in the kid’s bathroom. Taking Sarah out for Italian
food on their anniversary. Running the kids to daycare and, later,
school. When I cruised past the high school and thought about how
he wouldn’t get to see his kids go there, let alone graduate, I
made myself stop it. None of this, clearly, was going to bring
Jackson back. And none of it was making me feel any better,
either.

Sarah and the kids were already back at the
house when I pulled up, a strudel purchased from a local bakery in
my arms.

“I was afraid you weren’t going to come,”
Sarah said. She was outwardly composed, but I knew her well enough
to see the strain around the edges: the reddened eyes, the line
above her brow that didn’t seem to go away even when her expression
was relaxed. That hadn’t been there a month ago.

“Naw,” I showed her the strudel. “Couldn’t
come empty handed.”

“Right,” she said sarcastically, taking it
and indicating I should follow her to the kitchen. “I know what a
stickler you are for tradition.”

I stuck my tongue out at her tone, a
childish gesture and we both started to laugh, the laughter turning
to tears in a heartbeat.

Jack and Sarah’s kitchen was bright and
modern. The hand-painted milk jugs from the 1940s and 50s that
Sarah had collected over the course of their marriage brought happy
splashes of color to the room. I had watched the collection grow
over the years, exclaimed at new acquisitions when I’d joined them
for family dinners. It felt odd being here now knowing that Jack
wouldn’t be joining us. Wrong.

Sarah was crying like someone for whom tears
are no longer an effort, the way oil moves through a well-made
machine: smoothly and with grace. “Everything is just the same.
Nothing will ever be the same,” she shrugged, leaning on the
counter. “I’m a widow now, Madeline. A
widow.
I can’t get my
mind around that. And I keep expecting him to come back. To walk
through that door.” She looked through to the backyard as though
she was, indeed, expecting him to walk in, bags of groceries in his
arms, yelling, “Sarah, did you forget to pay the goddamned Visa
bill?”

It was me
, I wanted to say.
It’s
all because of me and what I wanted, what I said.
I didn’t,
though. “Is everything going to be OK, Sarah? Financially, I mean?
You wouldn’t need that on top of...”

“No, no. Everything is great that way. And
the company has been terrific. More than terrific. They’ve sent out
a grief counselor and therapists for the kids and you name it.
You’re lucky to work for such a great company.”

“I’m thinking of quitting,” I said quietly,
surprising myself. It was the first time the thought had entered my
head but it suddenly seemed my obvious next move.

Sarah just looked at me.

And it felt terrible, taking sympathy from
the newly bereaved widow, but it also felt good, allowing it to
ease away a little bit. Like the blending of our pain would somehow
open it to the light for sharing. Or maybe it was just good to air
some of the stuff that had been rocking around in my head since
Jack died.

I looked at her sharply. How had she
known?

“There was nothing Jack didn’t tell me,
Madeline. Nothing. That’s one of the reasons I could love you as
much as I did — do — because, no matter what some people thought, I
knew that the love you shared with Jack was different than the love
I needed from him. Part of the reason I
could
love him so
deeply was because he was a man that could have a woman as his best
friend. Other women might not have understood that. I did,” she
smiled at me through a thin cloud of tears. “And you got to be my
friend, too.