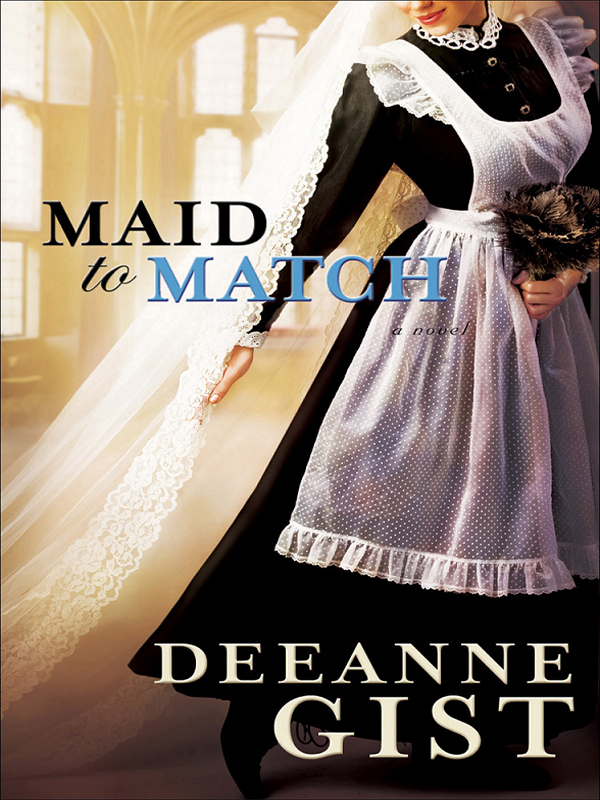 Scripture quotations are from the New King James Version of the Bible. Copyright © 1979, 1980, 1982 by Thomas Nelson, Inc. Used by permission. All rights reserved.

To my PIT Crew

Who for three months prayed for me daily when
I realized it would take a miracle for me
to finish my manuscript before the deadline.

Never have the words flowed so quickly and abundantly
as when y’all stood in the gap for me.
Thank you for the incredible commitment you gave and
for seeing me through.

My big sisters glommed up all the smart genes. Fortunately, there were enough creative genes to go around, but not smarts. Never was this more clearly evident to me than when it was time to research and plot this book. I had called my big sister, Gayle Evers, and asked her to go along with me on my research trip to Biltmore. We met at the airport, and while we were in the waiting area, she said, “I did some preliminary research on the Web and brought you a few articles to read.”

She then proceeded to pull out this gigantic three-ring binder filled with articles on the Gilded Age, the Vanderbilts, turn-of-the-century servants, and all kinds of things. It was obvious she’d read every single page. Some were highlighted. Others had notes in the margins.

She handed it to me. “You might want to read this on the plane before we get there.”

I just looked at her. There was no way. It was going to take me two months to read all that, not two hours! But I have to tell you, everything in that binder was solid gold. I think I highlighted the whole thing. Afterward, I went to her house and we plotted the book together. Her ideas were amazing.

When the manuscript was finished, she read it and critiqued it. Meanwhile, my assistant of seven years, Paula Wolsted, found a full-time job. (Love you, Paula. We sure do miss you. They’d better be treating you right over there!) Before I started interviewing for a new assistant, I asked my sister if she’d be interested in the position. And wonder of wonders, she was. (When the middle sister, Linda, found out I was going to be the boss of Gayle, she laughed and laughed and laughed. But the truth is, Gayle’s still the boss!)

I have to say, the year has been so special. The two of us have connected in ways we never had before. As I write this, I’m sitting in front of a fire in my pj’s at a B&B in Asheville, North Carolina. Across from me is Gayle, also in her jammies. We are working on a Readers’ Event that we are holding this fall.

Like a butterfly breaking free from its confining cocoon, Tillie Reese emerged from the barren, tan-colored servants’ hall into the opulence of Biltmore’s main level. These predawn hours were her favorite. All was dark, no one stirred, and she had the entire floor – easily a half acre in size – all to herself.

She’d walked this path many times and could navigate it without candle or lamp. For just a moment, she imagined herself mistress of the chateau. Elegantly dressed, gliding across the parquet and trying to decide whether to have Chef prepare
petites bouchées
or
puits d’amour
. Whether to spend the morning reading Yeats, Browning, or Dickens. Whether to call the carriage round for a drive through the country or ride one of the thoroughbreds waiting in the stable.

Tightening her grip on her housemaid’s box, she inhaled deeply. The polish she’d made of linseed oil, vinegar, turpentine, and wine tickled her nose. She allowed herself a sneeze – something strictly forbidden were anyone about.

The click of her heels echoed throughout the vast, wide-open area as she skirted the sunken atrium filled with palms, exotic plants, blooming shrubs, and a large fountain sculpture yet to be turned on. She finally reached the tapestry gallery and paused, listening to the silence, enjoying the anonymity of the dark.

Let there be light
.

She pushed the familiar white button. Electric lights flared, illuminating a room so long it could hold two modest houses. Several groupings of sage brocade sofas and chairs filled the area. Huge tapestries lined one wall. Opposite them stood a wall of windows and French doors.

The soft hum of the Edison bulbs bid her good morning. The thrill and miracle of the electric lights never failed to stir her. But this morning something else warred for her attention, and suddenly, the light made her feel exposed, vulnerable, naked.

She touched the black button. Darkness slammed back down like a closing trunk lid. All was quiet again. Not a whisper of sound.

She held her breath. Felt her heart hammering in her breast. And allowed the thought she’d been hiding since last night to fully form in her head.

Bénédicte was leaving. Returning to France. Leaving the new Mrs. Vanderbilt without a lady’s maid.

A lady’s maid
. Next to housekeeper, the highest-ranking position for a woman. The servant who had morning tea brought to her by the first housemaid while the second housemaid made up a fire in her room.

Tillie, as head parlormaid, would surely be considered for the position. The housekeeper had requested a private audience with her before breakfast. Lord willing, it was to discuss just that.

After hugging the thought one last time, she carefully returned it to the recesses of her mind. Dawdling in fantasies when she should be setting the gallery to rights was no way to put her best foot forward.

Pushing the white button, she again flooded the room with light. If the entire first floor was to be in complete readiness before the master and his bride descended for the day, she’d best get busy.

Chatter, laughter, and the clinking of plated ware filled the servants’ dining hall, but Tillie participated in none of it. She avoided eye contact with the long row of liveried men sitting opposite her and the equal number of uniformed women beside her. She took particular care not to glance her brother’s way. One look at Allan and he’d know something was up.

The dining hall servant, a young girl of sixteen, refilled Tillie’s glass of milk. “Is everythin’ to your liking, Miss Tillie? You’ve barely touched your liver and bacon.”

Nell glanced at the clock but said nothing as its minute hand jumped a step closer to the half-hour mark.

Tillie took a large bite of potatoes. She’d have to eat quickly if she was going to finish before eight-thirty. But after her meeting with the housekeeper, her stomach had lost its ability to digest.

“May I have your attention, please?” From the head of the table, Mrs. Winter made her request only once, and just that quickly, a hush fell over the room of servants. As housekeeper, she was second only to the Vanderbilts, outranking even the butler.

Her gaze briefly touched the butler’s at the opposite end of the table; then she surveyed the long rows of men and women between them. “As you know, Bénédicte has decided to return to France as soon as a replacement for her can be found.”

All eyes turned to Mrs. Vanderbilt’s lady’s maid. She sat immediately to the right of Mrs. Winter and across from the hallboy, underbutlers, and footmen. The dark green fabric of her gown strewn with pink and yellow blossoms caused her olive skin to glow.

From what Tillie had been told, between the language barrier and the isolation of Biltmore, Bénédicte could not adjust. She wanted to go home.

Next to Bénédicte was Tillie. On Tillie’s right, the head chambermaid, then the first housemaid and so forth all the way down the table to the laundresses and scullery maids.

“Rather than importing someone from France or England, or even from Newport,” Mrs. Winter continued, “Mrs. Vanderbilt has decided to award Bénédicte’s position to one of our current staff members.”

The attention immediately shifted to Tillie and the three girls to her right – the leaders of the domestic corps.

“After much consideration, she has narrowed the choice to either Tillie or Lucy.”

Dixie Brown bent over her plate, capturing Tillie’s attention. The excitement and delight on her friend’s face was unmistakable.

Ouroboros 3: Repeat by Odette C. Bell
Thurgood Marshall by Juan Williams
Love Lust by Unknown
Girls on Film by Zoey Dean
Blood of the White Witch by Weatherford, Lacey
Standing in the Shadows by Shannon McKenna
Prince of Shadows: A Novel of Romeo and Juliet by Caine, Rachel
Heart of Darkness by Lauren Dane
Branded: You Own Me & The Virgin's Night Out by Walker, Shiloh
dangerous_lust part_3 by Eliza Stout