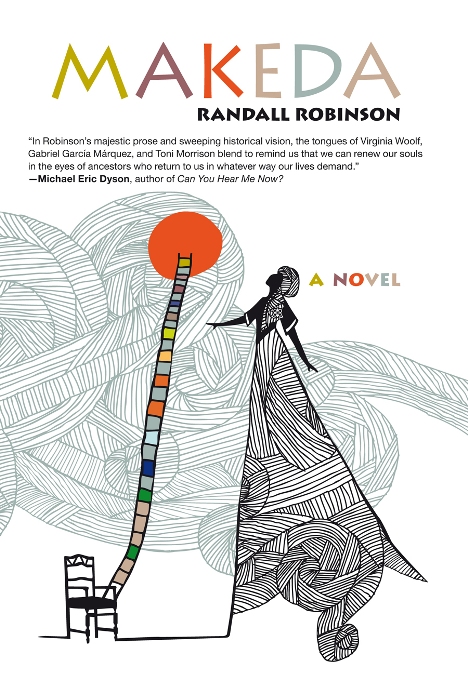 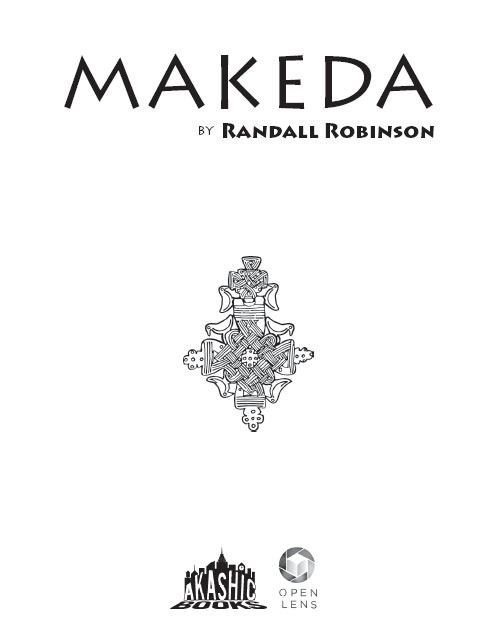 The Debt: What America Owes to Blacks

The Reckoning: What Blacks Owe to Each Other

An Unbroken Agony: Haiti, from Revolution to the Kidnapping of a President

Quitting America: The Departure of a Black Man from His Native Land

Defending the Spirit: A Black Life in America

The Emancipation of Wakefield Clay

For Hazel, ever and always

The story that follows is fiction.
The scientific and historical details are factual.

But again and again there comes a time in history
when the man who dares to say that two and two
make four is punished with death.
—Albert Camus

H
er voice breaking with the joy of adolescent enterprise, the highborn pretty girl leaned over the stone parapet and called down to a friend who was watching the oncoming procession from the winding ramp below.

“Meron! Meron! Look, Meron!” the pretty girl—a royal—called down, rolling and trilling the
r
in her friend’s name—sounding it Mar-r-ron—as one would the soft melodic phrase of a lullaby.

“Isn’t it the most beautiful sight you’ve ever seen? Isn’t it, Meron? Isn’t it?”

The two girls, both thirteen and dressed in long white
shammas
, raised their gaze to the towering volcanic rock peaks of Mount Abune Yosef. The mountain looked to have been set ablaze by the Sabbath morning sun. It was for the girls still another sign that theirs—Africa’s Abyssinia, one of the first Christian kingdoms in the world—was a special place.

“Come up here,” the child, second in line to the throne, called out. “You can see the whole world from here.”

It was the day of Fasika, the anniversary celebration of the Savior’s resurrection in the North 1,186 years before.

Meron climbed the steps up to the parapet where her friend leaned out against the waist-high wall. They looked out together from a natural rock terrace that stood 8,500 feet above the sea.

Far below, they saw a long procession of the faithful moving slowly away from the banks of the River Jordan and up along the sinuous mountain pathway that would lead the worshippers to the Beta Medhane Alem—House of the Savior of the World—the church that was to be consecrated that morning. The church was one of eleven recently completed on the authority of King Lalibela. The churches—interconnected by tunnels—were perhaps only in some ontological sense
new,
and had not in any case been
built
, so to speak, but rather intricately carved in one piece out of the mountain’s solid volcanic rock. With their keelarched windows and their elaborately decorated portals, the cruciform stone churches were to remain a wonder of the ancient world hidden from foreign eyes for nearly 400 years until Francisco Álvarez, a Portuguese friar, arrived in Lalibela sometime during the 1520s.

Over the course of her childhood, the royal child’s mother tutored her daughter that their storied lands, according to the early texts, were sacred and that their kingdom was the biblical birthplace of the human race. Her mother had taken her through all of the tunnels and to all of the carved-stone Lalibela churches connected by them. She also had taken her deeper into the mountain beneath the churches to the Tomb of Adam and to the Tomb of Eve that lay beneath it.

A bright ray of sunlight caught the face of the procession’s leader, an elderly deacon in the Beta Medhane Alem church, and tinctured his burnt-umber skin to a startling brilliance. The deacon wore a jeweled gold filigree crown and a long embroidered velvet burgundy cape that opened into the shape of a cross. Climbing toward the church along the mountain’s stone path, the deacon held with both hands high above his head the staff of a large smithed-bronze cross.

Behind the deacon walked a line of robed senior priests bearing upon their heads the sacred
tabots
wrapped in embroidered silks, gold and silver brocades.

With her father preoccupied by affairs of state, the pretty girl had learned from her mother most of what she knew about the
tabots
, the ancient engraved stone tablets that had been brought back by King Menelik from Jerusalem more than a thousand years before in the Ark of the Covenant. Another deacon, younger by a generation than the cross bearer, carried in both arms a heavy and very large old Bible that was clad in leather and wood. The Bible had been handwritten in the old language, Ge’ez, the Semitic linguistic cousin of Galilean Aramaic, the Semitic tongue the Savior had spoken during his brief life in the North. Following behind the lead group of icon bearers were hundreds of worshippers making their way up the mountain to the Beta Medhane Alem church to attend the long-anticipated consecration ceremony.

The two girls watched mesmerized by the eddying sea of colors—robes and capes and crowns and exquisitely worked bronze crosses—swimming upward toward them under the brightening sun. Their nostrils filled with the bouquet of frankincense and myrrh spent onto the soaring mountain currents by swinging bronze censors. Trumpets sounded. Hand bells rang. The jingle of sistra floated up from the banks of the Jordan to the doors of the eleven churches that had been hewn with artisanal precision from a mountain of solid rock with simple twelfth-century tools. The awe-inspiring project, the work of thousands of hands, had taken twenty-four years to complete.

As the procession neared the church, the girls hugged each other and shook with euphoria.

The royal, beaming, said to her friend, “Oh, Meron!

Isn’t this the greatest of days?”

Meron answered, “Oh, yes, Li’ilt (
Princess
). This may be one of the happiest days of my life.”

The princess had been thinking much the same thing. She couldn’t remember at that moment ever having been happier.

As Meron was speaking, the princess felt in her ears a pulsating rush of blood and heard an unfamiliar interior voice that was not her own. The voice seemed to be coming from far away and inside her head at the same time. The princess made an effort to ignore the voice and tried to push it away from her. But the voice came again, this time more insistent. It frightened the princess, not least because the one word the voice had sounded inside her head and in the back of her mind was not of her language, Amharic, but of a strange language she’d never heard before and could not understand.

But the voice inside her head had by now gained purchase. With the small soiling undertow of an unwelcome memory, the little voice spoke again. Childlike. Lovingly. The princess had been happy on that Fasika morning, even as something warned her that she oughtn’t have been, something in the back of her mind that kept pushing itself into her thoughts.

Then she heard the strange foreign word again. The word seemed to have been spoken by a child, a boy child.

She could no longer see anything. She was blind.

For a long and disconcerting moment, she did not know who she was or where she was. Only five to eight seconds later did she begin to realize that she had been dreaming.

She was believed to have been blind from birth. From the beginning, as I her youngest grandson would remember it, my grandmother’s blindness seemed to reveal something colorfully anomalous and mysterious about her. When I was seven or eight she told me, as if she were sharing a delicious secret, that she dreamed in pictures—color pictures, pictures of people, pictures of odd places—though she had never in her life seen a human soul. It was not only that she possessed an inborn grace that belied her social station. She had an imagination of near mystical reach that was unexplained by the provincial small space of her experience. To my knowledge, during her adult life she had never ventured out of Richmond, and if she had, not out of the state of Virginia, I was all but certain.

Force of Nature by Kathi S. Barton
Beatles by Lars Saabye Christensen
Blood Legacy by Redmoon, Vanessa
You Are Here by S. M. Lumetta
Cloudy with a Chance of Love by Fiona Collins
Sherlock Holmes and the Missing Shakespeare by J.R. Rain, Chanel Smith
Moon Over Manifest by Clare Vanderpool
Child of Fire by Harry Connolly
Swords: 10 - The Seventh Book Of Lost Swords - Wayfinder's Story by Fred Saberhagen
Round Ireland in Low Gear by Eric Newby