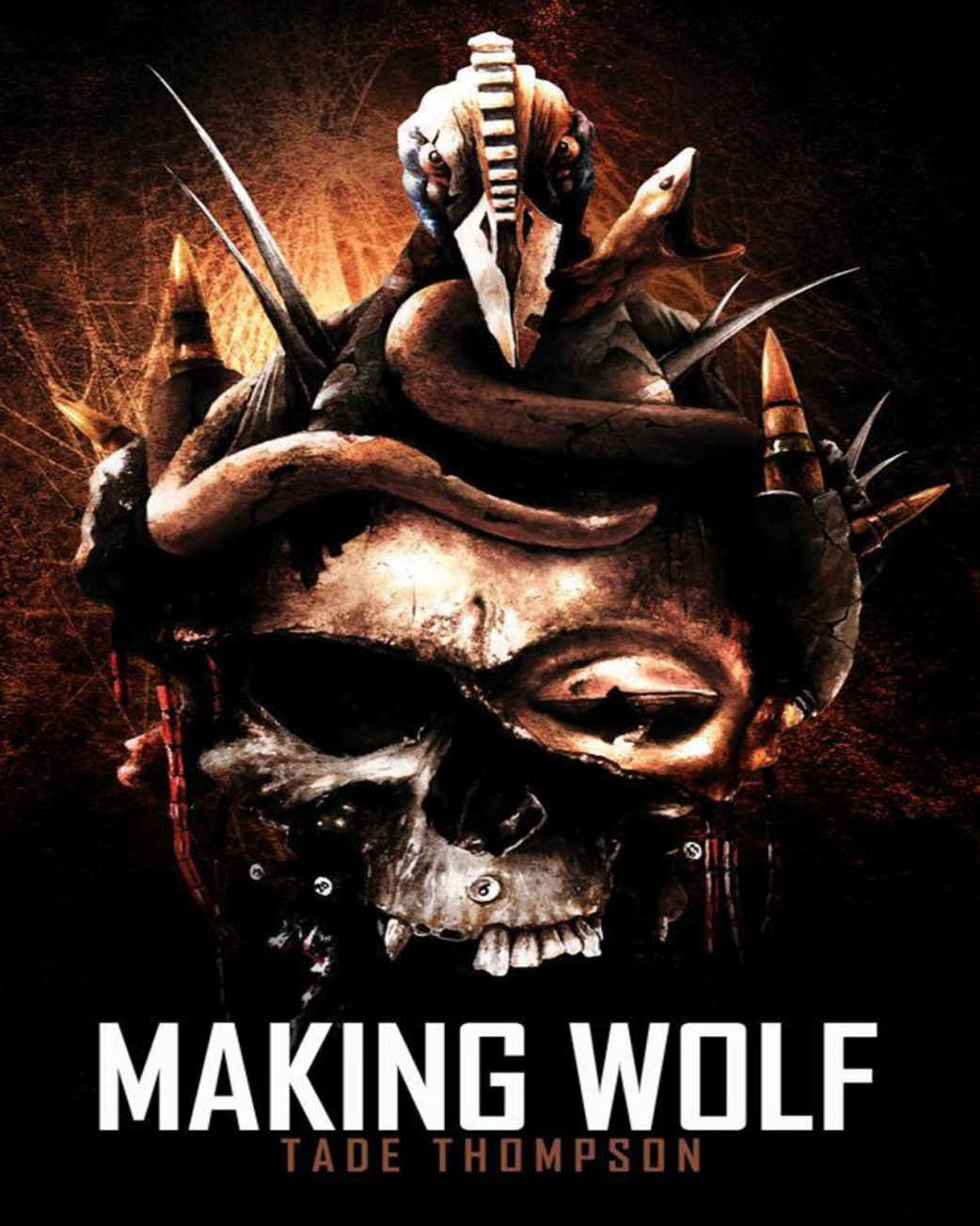 All rights reserved. No part of this book may be used or reproduced in any manner whatsoever without written permission of the publisher.

For Beth, who puts up with my eccentricities, and David, who doesn’t have to.

For Rosita Wakelin. O d’oju ala.

Yes, this happened a while ago. Some of the details were lost, others I wish I didn’t remember. Read, and then tell me you understand.

Tell me you forgive me.

The lady beside me, who had spent the entire seven-hour flight reading three glossy magazines, whom I tried to engage in conversation without success, nudged me and thrust her jaw toward my drink.

“If you don’t finish that they’ll take it from you,” she said.

She turned back to her book before I could respond. Less than a minute later the cabin crew took my drink away.

Air travel. Never my favorite thing. I was not afraid of flying but each time I had to endure descent from thirty thousand feet I made pacts with God. This time was no exception. I became ritualistic. I made sure that I had fastened my seat belt, folded up the tray, stashed the tepid inflight magazine, and restored the backrest to near vertical. I gripped both armrests tightly. There was an announcement which was not broadcast as much as beamed directly into my head. I started sweating and the landing gear struck the runway and my aunt was dead.

I held my breath until the plane taxied on solid ground. Dark outside, with the terminal lit up like a lighthouse beacon. Other passengers undid their seat belts and started switching on mobile phones before the plane came to a halt. I waited until the seatbelt light went off and the flight crew announced that it was all right.

Welcome to Alcacia International airport. This is Ede.

There was no sign saying
Welcome to Ede City
. The preferred phrase was
This is Ede
. They welcomed visitors and then left them to fight or fall. Nobody ever wanted to be here. They were there if they had to be, if they must. Like me.

The passport control officer required twenty bucks American, folded and tucked into the photo page. He made it disappear with consummate skill. It was both horrifying and reassuring to know that Alcacia had not changed.

Blur to the luggage carousel. This served me new anxiety, but it was unfounded as I rescued my baggage with ease. The airport appeared cleaner than I remembered, and more people wore uniforms. I was unmolested till customs declaration, where fat officers demand to search my luggage. They found nothing, but stood expectant, Mona Lisa smiles breaking through their sternness. Twenty bucks American each, which was twenty higher than what I had budgeted for this part of the journey. I could already feel the last vestiges of my inner peace leaching away.

Arrivals seethed with people and heat and intractability. The barriers pulsed, as if they were breathing. People strained to see loved ones, and a few held placards; but most just pushed and shoved. With the exception of a few South Asians the faces were mostly black. Nobody smiling. I dove in, fought my way to the taxi rank, and had to pay someone to get a car. I used my rusty Yoruba, but it sounded odd even to me. I needed more practice, a few days, perhaps. I would not be here long enough to improve sufficiently.

Dark, windless night, no stars, but abundant neon. Streetlights lined the first mile from the airport, but then became intermittent and stopped altogether. There was a savory smell in the taxi, but I couldn’t place the food. The air conditioner worked, so I counted my blessings and undid the top two buttons of my shirt.

The taxi dropped me at the Ede Merriot. The women loitering just outside were not guests. Only their smiles were free. I checked in and paid the bell hop. As soon as he closed the door I stripped off my clothes and turned on the shower. It did not work. I opened the tap, which did work, so I filled the bath and doused myself in cold water.

The last time I traveled from Alcaica International Airport was fifteen years ago. On that day all of the passengers ran with their suitcases and backpacks across the runway to the plane. There had been an accordion connection, but an imperfect seal had led to the fall and subsequent death of three passengers. Their bodies lay broken, blood-wet, and mangled on the tarmac when I wheeled my luggage past.

Back then, there were gunshots from beyond the terminals, and the smoke trail of a rocket-propelled grenade snaked from the ground describing an arc that just missed the communications tower and ended in the ruins of a section of roof.

I remember that I lost one of my bags, dropped it while running for an aircraft that looked like it was ready to start taxiing down the runway. And, knowing the pilots, I wouldn’t be surprised if they just took off without two- thirds of their passengers. I kept looking back, even though I knew it was impossible for me to spot my aunt at the terminal. I was worried. The woman was fearless and didn’t know how to look out for herself. She was among hundreds of people outside the airport trying to avoid the wave of bloody revolution sweeping across Ede.

University students had been running riot for weeks just when my aunt had saved enough money to buy me a ticket to London, England. She had packed my sister off the year before. There was widespread fear as the youths clashed with police in bloody street skirmishes that left the city broken and charred. There were rumors of people eating fresh corpses. The mass exodus out of the city was rapid, and people fought each other for spaces on lorries, buses, and freight trains.

The students were demonstrating because the military government had promised elections and stimulated the registration of political parties, then invited the top players in all the parties to a conference, after which the conference hall just happened to blow up in a “gas flow malfunction,” killing all but eight. The result was an election suspended until further notice, widespread anger, and radicalization of university students.

My aunt did not seem to be bothered. She just told me to be sure my passport was secure and that my books were packed. We set out at five a.m., and I wore two layers of clothes. My aunt and I, we looked like looters.

“When you arrive at the airport take off the outer layer of clothes,” she had said. “Igba nyen ni wa wa da bi eniyan pada.” That is when you will look human again.

We got into her 1980 Volkswagen Beetle and used the last of her hoarded petrol and drove to the airport. Even that early in the morning we passed four male students beating up a policeman who lay insensate on the road. They stomped him repeatedly and cheap blood seeped carelessly on to the tar.

Drums beating, broken only by gunshots and explosions. Burning cars on every street corner. My aunt drove through all of this, and, when she came to the traffic jam on the road that led to the airport, she switched the car off and left it. We walked. We pushed through the crowds with me holding my ticket high. She bullied and bribed her way through. Without a ticket nobody could get into the terminal so I left her pressed against the glass. My eyes misted up, and, apart from the crowd that crushed against her, there was the danger of the violence spreading. I waved. She mouthed something that did not seem tender.

At check-in I was searched and my rectum probed for drugs. They x-rayed me for swallowed items. There was a brief interrogation. I had money for bribes laid out in packs of one hundred local dollars and used them up till I got to the tunnel. When it fell apart I shrank from the screams of the wounded and followed the rush to find alternative routes to the plane.

Big explosion and short-lived fire in the Duty Free as the revolutionaries reached the taxi rank. Smoke burning in my lungs as I ran and ran and ran to the plane that seemed too tiny for the number of people waving boarding passes. Knowing my countrymen, I was sure that most were forgeries.

The final scuttle up the emergency inflatable slide—yes, you can move in the reverse direction from its intended purpose. We scrambled up like contestants in a Japanese game show. I gripped plastic, slid a bit, stopped myself, continued, and gained the summit in inches. After me, only two passengers made it in before the attendants said, “Sorry!” and closed the doors, God be with those left behind.

As we sped away, I looked out the window and saw people smashing up the windows of the terminal building. I hoped my aunt got through the crowd and home safe.

The plane’s engines fired more powerfully, gravity pressed me into my seat as the plane rose and I saw an aerial view of the city. Smoke from multiple fires. People were dying down there but I was safe. Nana was down there, my girlfriend. Her parents had fled with her to the north of Alcacia days ago. I thought of her and felt pangs of loneliness, but then we were in cloud and I did not see Ede any more.

And now, fifteen years later, I returned because my aunt had died. There was no smoke, no rabid university undergraduates clamoring for blood and electoral representation using surface-to-air Missiles. Just me in a hotel room, standing at the window dripping wet because the only way to stay cool in the infernal heat was to shower and let the water evaporate off my skin. It was a window to nowhere. It opened to the wall of the next building, and there was too much darkness to see any features.

I sent a text message to my sister Lynn in London.

Arrived safe. You should have made the trip instead of me. I hate it here. I’ll let you know when I arrive at the ceremony. X

The answer beeped back within thirty seconds.

You’re a Yoruba man. Alcacia is your home. You’re only renting England. Stop whining. I love you. X.

I only had to survive for two days. Forty-eight hours and I would be back in London living my real life.

I couldn’t wait to leave.

The next morning I set out for the funeral in a rented jeep. The satnav was erratic, but even so I only got lost on the disorganized Ede roads three times, which I thought was impressive. I should have taken a taxi. It was bright and windy. I found my way into the cemetery and saw the gathering. There were wooden foldout chairs in ranks, some of which were empty. I sat in one at the very back, although the ground was uneven, and I found myself on a hump that gave me a good view. The guests close by seemed to glare at me. Not surprising; they neither knew me nor were expecting me.

Keeping Never by C. M. Stunich
Rachel's Folly by Bruno, Monica
The Ascendant Stars by Cobley, Michael
Murder Sees the Light by Howard Engel
Wasteland (Wasteland - Trilogy) by Kim, Susan, Klavan, Laurence
You Must Remember This by Robert J. Wagner
Far Traveler by Rebecca Tingle
The Guardian Duke: A Forgotten Castles Novel by Carie, Jamie
Rise of the Prepper: A Story of the Coming Collapse by Frank Bates
Unknown by Christina Quinn