Read Man of the Hour Online

Man of the Hour 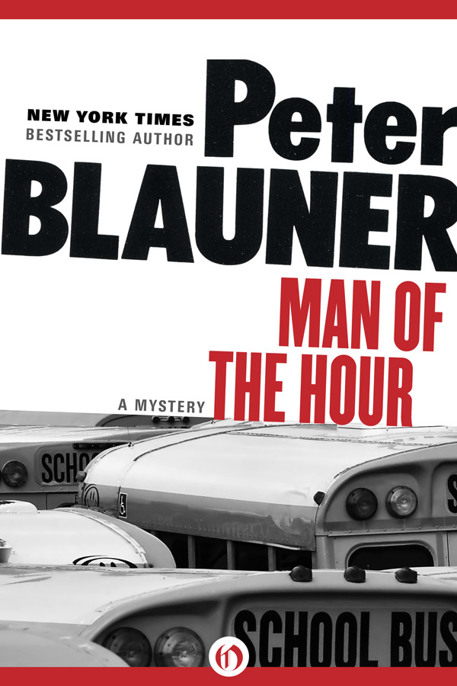 Man of the Hour

To
my beautiful and talented wife,
Peggy

A Biography of Peter Blauner

THE STUDENTS WITHDREW
from the classroom like a tide pulling away from the shore, leaving just one boy stranded in a chair at the back.

He looked at the clock, glanced at the floor, stared out the window at the ruins of Dreamland Amusement Park over by the Coney Island boardwalk. Anything to avoid the watchful eye of his teacher, Mr. Fitzgerald, who sat at his desk, studying him.

“Do you know why I asked you to stay, Nasser?” he asked the boy.

The boy shrugged, refusing to look at him. He was eighteen and already expert in a certain kind of resistance.

“I read the journal you gave me,” the teacher said, holding up a sheet covered on both sides with an emphatic red scrawl.

“Then okay,” the boy mumbled. His accent turned the
th
sound into a buzzing
z
.

The boy started to smile and then stopped himself.

“You know, there’s only one
m
in America.” The teacher came over with the page and sat beside the boy, showing him where the misspelling was. Even in a chair, he towered over the student.

“Okay,” said the teacher, not understanding the specific words, but getting the general sentiment. “If that’s the way you feel, that’s all right. I was kind of an angry kid myself.” He edged his chair a little closer. “But listen, as long as you’re here in school, you might as well get something out of the place.”

The boy ignored him and started humming to himself.

“Look, there’s more eloquent ways to make your point.” The teacher pulled out a slim booklet and began reading aloud from Allen Ginsberg’s
Howl. “
I saw the best minds of my generation destroyed by madness …”

The poem was a kind of last-ditch effort to hook kids who couldn’t be reached any other way. It could either take the top of their heads off or make them recoil in horror and revulsion. But one way or the other, it never failed to engage them.

Fitzgerald was aware of Nasser rocking slightly in his chair as he kept reading. But when he got to the part about “angelheaded hipsters” seeing “Mohammedan angels staggering on tenement roofs,” the boy put his hands over his ears and shut his eyes.

“All right, all right.” The teacher closed the book, realizing he might have gone too far. He always avoided the more graphic parts of the poem, but he’d forgotten that line was in there too. “We don’t have to read the whole thing.”

Tell me I didn’t lose him already, he thought.

The boy slowly lowered his hands and looked at him. “I don’t know why they let anyone write this,” he said in a wounded voice.

“I’m just trying to show you that you’re not alone,” Fitzgerald told him. “You don’t have to go around like a scream looking for a mouth. You know? There’s a hundred thousand other ways to go.”

For the briefest of seconds, the words caught the boy’s interest. There was a spark behind the eyes. He started to turn in his chair. Is he going to open up? The teacher leaned forward. But then the movement stopped. The boy had reached the edge of something and couldn’t make himself go any farther.

“You can’t understand.” He shut his eyes. “In a million years, you could never understand.”

Fitzgerald decided to give it one last try. “Look,” he said. “I can tell you’re a bright, sensitive kid. But you’re obviously miserable here. Nothing’s getting through. Tell me how to get inside your head.”

“All right. Then tell me how to help you. How’s that?”

But he could feel the boy disengaging, closing down on him. You never knew what baggage these kids were bringing into the classroom. Some of them walked straight in from war zones and prisons. Others were just naturally antisocial.

“Just leave me alone,” Nasser said, turning his chair away.

“Okay.” The teacher thought of putting a hand on the boy’s shoulder but then decided against it. “But you know, Nasser, I can’t pass you with the kind of work you’re doing. If you’re willing to put in a little extra time, though, I think I can help you. I can maybe even help you graduate. Then you can spend the rest of your life hating America and it won’t be my problem anymore.” But that didn’t even rate a small smile from the kid. “So come on. We’re not in a war yet, are we?”

The boy listened to the words, shivered a little, and then got up and walked out of the room without looking back.

BY MIDNIGHT, CHURCH AVENUE
in Brooklyn was almost a dead artery. An old Chevy dragged its muffler down the middle of the street, and the sound echoed like tin cans falling in a canyon. Sodium streetlights shone down on corrugated iron gates in front of a liquor store, a nail salon, and a shop specializing in wigs made from “Real 100% Human Hair.” Only a check-cashing place was still open, with blue neon in the window and a giant dollar bill on the sign out front.

Across the street, two men sat in a bruised red ’88 Plymouth, watching the door and the movement behind the window.

“Ayna hoa,”
said the one behind the wheel, a big bear of a man with an onion-dome bald head, a heavy graying beard, and tinted aviator glasses. “Where is this guy? My ass is getting asleep.”

“That’s not how you say this, is it?” said Nasser, sitting beside him.

“Sure it is,” said his friend Youssef, switching back to Arabic. “It means you’re tired of waiting.”

They looked like father and son, sitting there. Youssef was muscular but going to flab. A long crimson scar was visible through the buttons at the top of his shirt, and the tails were out over the gun in his waistband. Nasser, who was now twenty-two, had grown up thin and tense, with liquid brown eyes, soft prim-looking lips, and an accidental hint of Elvis Presley in his pompadour. Thus far in his life, he hadn’t been able to grow more than a weedy little beard to make himself look devout, so he’d just decided to stay clean-shaven. A rusty key dangled from a chain around his neck.

“Maybe we should go,” he said.

“We’re not going anywhere,” said Youssef, the Great Bear. “Remember what this is about. This is about
jihad.
”

“What we’re doing here is like the caravan raids from the olden days, after the
hijra.
The Prophet himself allowed this.”

Nasser took his fingers from his mouth. He wondered if this was wise, what they were about to do. Yes, Youssef could cite verses, whole
suras,
to support it, but words could be twisted and turned to mean anything.

“I still don’t know. Can’t we raise the funds another way? Isn’t this
haram?
”

“Of course it’s not
haram.”
Youssef started to shrug but then suddenly grabbed Nasser’s arm. “Okay, it’s him,” he said in a low, heated voice. “This is the one we follow.”

He leaned across Nasser’s lap and pointed out a tall, thin Rastafarian in a camouflage jacket shambling up the street. Tentacles of hair reached down his back like he had a little octopus under his green knit cap and he walked with a loping rhythm, as if there were music only he could hear.

“He always comes late, this one,” said Youssef. “I’ve been watching. It’s because he smokes the marijuana. I am sure of this. That’s why he’s never on time to relieve the one behind the counter. He’s a pig, I tell you, this one. I’ve seen the way he eats. The jerk chicken and the jerk pork.
Uch.
I tell you it makes me sick just to think about it.”

Nasser sat there, watching the Rastaman a moment, trying to hear the music. Then trying to imagine the man eating pork and smoking marijuana. Trying to work up some hatred for him.

The Rastaman went into the check-cashing store.

“Come on, let’s go.” The Great Bear reached for the door handle. “Remember what you’re supposed to do and nobody gets hurt. When he opens the door to go behind the counter, we go in after him.”

A passing livery cab almost sideswiped Youssef as he got out and put on a baseball cap with an
X
on it. Nasser put on his own
X
cap and climbed out on the passenger side, squeezing between two car bumpers to get to the curb. The .22-caliber pistol felt like a brick in the pocket of his maroon vinyl windbreaker.

He watched the glass door open and saw Youssef follow the Rastaman into the check-cashing place, the bear pursuing a hound dog. Nasser hesitated for just a moment on the sidewalk, the humidity of the night enfolding him. He wondered how many blocks it was to the nearest subway station. His nerve. Where was his nerve? He saw the cracked glass door swing shut behind the Great Bear. Then he reached inside his shirt and fingered the key hanging from the chain around his neck, knowing he had no choice.

With blood pounding in his ears, he moved quickly across the pavement, pulled the door open, and stepped inside.

The check-cashing place was little more than a twelve-by-twenty room with scuffed black-and-white linoleum floors, scrappy wood-paneled walls, and a little stall in the corner for local jewelry makers and incense sellers to peddle their wares. A bald-headed black man in shirtsleeves counted money behind a smudged bulletproof glass partition. There was a tinge of ammonia and marijuana in the air and a radio was playing a raucous reggae song with a deep-voiced hectoring singer, a walrus at a dance party.

The Rastaman in the green knit cap was knocking on the chipped wooden door next to the glass partition, ready to go in and relieve the man behind the counter. Nasser prepared to reach for his gun. But then the door behind him opened and a stout young woman in a red beret entered the storefront, pushing a little boy in a stroller—no more than two years old, wearing tiny black Nikes and a sheriff’s badge made from tinfoil. Nasser froze, looking at the woman and the child. What were they doing here so late? The place was supposed to be empty at this hour. He looked over at Youssef, expecting a signal to change their plan, but Youssef was standing at a tall side table a few feet away, studiously ignoring him and pretending to sign a check.

“So I tried your remedy and I feel much better now.” The woman approached the Rastaman. “But that aloe vera, it’s disgusting.”

“What did you do, child? Swallow it?” The Rastaman parted his hands.

“You mean, I was supposed to rub it on?”

The Rastaman laughed and knocked again on the door next to the partition.

And then everything changed. Time seemed to expand and contract simultaneously. The chipped door opened. The woman with the stroller bent down to tie the baby’s Nikes. Nasser saw Youssef pull back his shirttails and reach for his gun. He had to remind himself to breathe. Youssef was charging at the Rastaman and pushing him through the partly opened door some ten feet away, shouting: “Open the cash drawer or someone will get hurt!”

Swan Song by Tracey Ward
The Oldest Flame by Elisabeth Grace Foley
The Elegant Universe by Greene, Brian
Stealing From a Dragon by Christie Sims, Alara Branwen
The Witch and the Werewolf by John Burks
The Babbling Brook Naked Poker Club - Book One by Ann Warner
Sugar Skulls by Lisa Mantchev, Glenn Dallas
Bedroom Eyes by Hailey North
While You Were Writing: Watkin's Pond, Book 2 by Virginia Nelson
Mine Are Spectacular! by Janice Kaplan