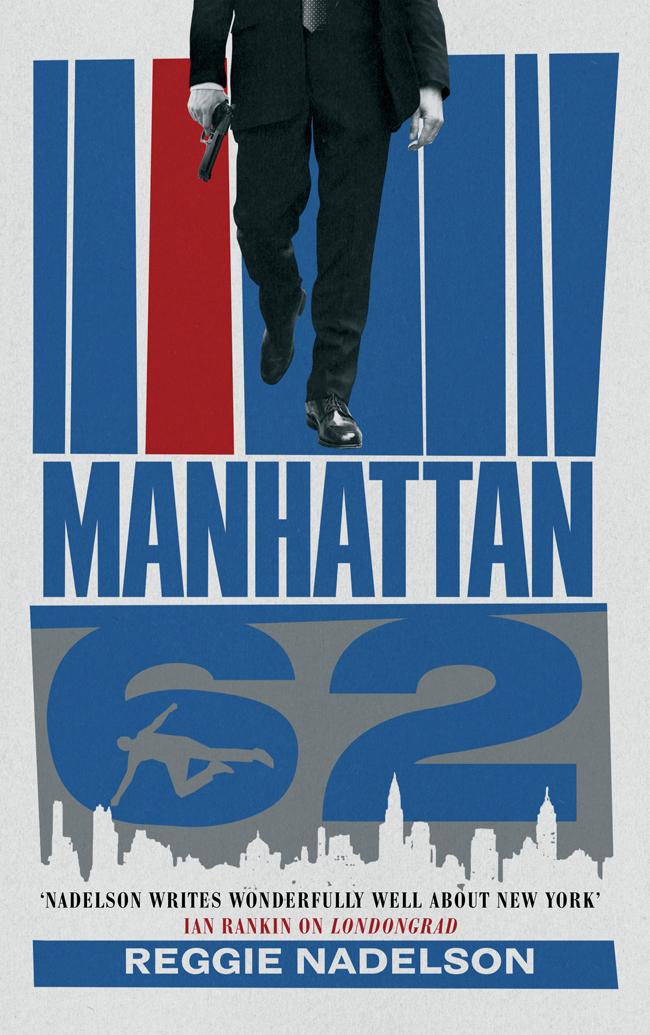 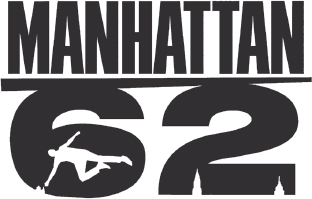 Other novels:
Somebody Else 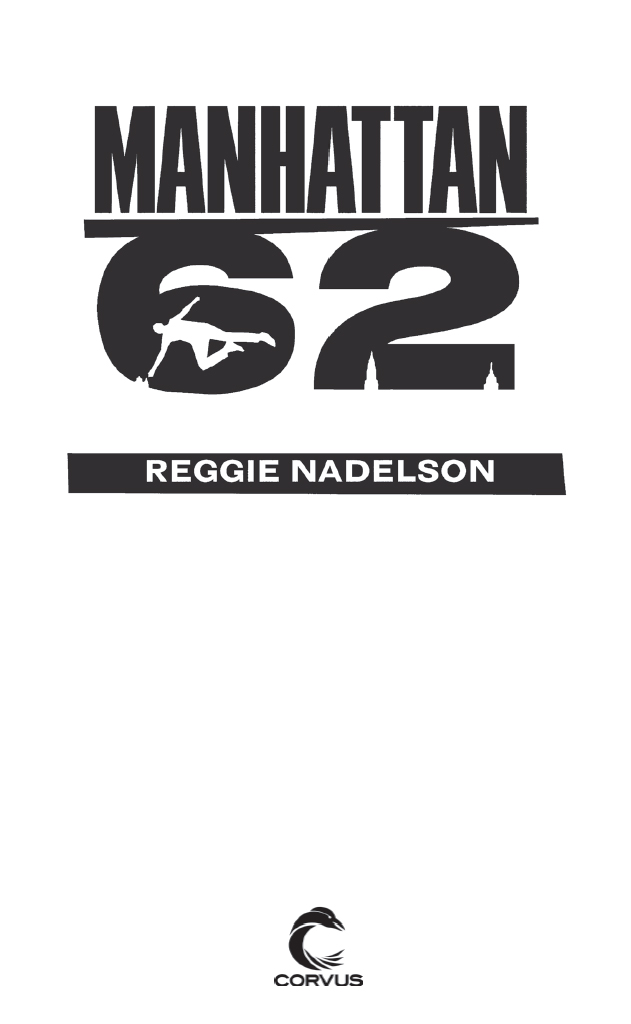 First published in hardback in Great Britain in 2014 by Corvus, an imprint of Atlantic Books Ltd.

This paperback edition published in Great Britain in 2015 by Corvus, an imprint of Atlantic Books Ltd.

The moral right of Reggie Nadelson to be identified as the author of this work has been asserted by her in accordance with the Copyright, Designs and Patents Act of 1988.

This novel is entirely a work of fiction. The names, characters and incidents portrayed in it are the work of the author's imagination. Any resemblance to actual persons, living or dead, events or localities, is entirely coincidental.

For Vladimir Pozner, a Greenwich
Village guy, and true friend, with much
gratitude and affection

The story of what would later become known as the Cuban missile crisis is replete with accidental figures whose role in history is often overlooked: pilots and submariners, spies and missileers, bureaucrats and propagandists, radar operators and saboteurs.

Michael Dobbs,
One Minute to Midnight

The city, for the first time in its long history, is destructible. A single flight of planes no bigger than a wedge of geese can quickly end this island fantasy, burn the towers, crumble the bridges, turn the underground passages into lethal chambers, cremate the millions. The intimation of mortality is part of New York now; in the sounds of jets overhead, in the black headlines of the latest editions.

Before him lay Washington Square. Only eighteen hours in New York and he loved everything, every inch of it. Ah, the square!

W
HEN THE
S
OVIET
U
NION
finally fell apart, in the aftermath, there was a trickle of information, then a stream, then a tidal wave. It was the big story for a while, this tale of the goddamn Cold War, of them and us, politics and war, gulags, massacres, nukes, the KGB and CIA, and of the Cuban Missile Crisis. The truthâsome of itâabout the main actors and the accidental spies, the betrayals and lies; there was plenty of it, God knows, even here in New York City. But also about ordinary things, the stuff about the Russiansâwhat they felt and secretly thought, ate, desired, the music they lovedâthat most of us had never been told. Most of us; I already knew some because of Maxim Ostalsky.

Still, in all that flood of information, there was nothing at all about my old friend Max. I did my share of looking. I even thought about going over to Moscow. But he had disappeared into thin air, as if he had never existed, like smoke from those Lucky Strikes he learned to love so much.

Max Ostalsky had been my friend, once. He was the most interesting man I'd ever met, different from anyone else, and there are times I still miss him. If he's alive, wherever he is, I can only hope he's forgiven me.

T
OMMY
P
ERINO,
WHO LIVED
upstairs from me on Hudson Street, was twelve and small for his age. A skinny kid with a tuft of dirty blond hair sticking up from his head, he peered out at the world through narrow, wary blue eyes. Tommy didn't give much away. He lived with his father in two rooms, where they had made a life after the mother just took off and left them.

The old man worked the night shift at a cement plant by the river. The Perinos couldn't afford a television set and I had given Tommy a key so he could hang around my place and watch a ball game, maybe raid the refrigerator if he wanted. Some of the time he'd just show up out of the blue and scare the living daylights out of me like he did that Tuesday night in October when I was sweating out a bad dream.

It was the kind I had been having on and off since I came home from Korea, a messed-up kind of dream: somebody punching me in the face over and over, the stink of blood, somebody screaming my name out, in English, or that Gook language they had, somebody else singing Russian songs, and James Brown moaning, “I lost someone, my love, Someone who's greater than the stars above”, the 45 going around and around on my phonograph, “I'm so weak. Don't take my heart away.”

I was getting sick, the weather changing, a bad cold making me hack like an old man. Only James Brown seemed real.

I pushed my way to the surface. Tommy was standing over me, his face streaming with blood. He was bloody and scared, and I crawled out of bed and pulled on some clothes.

“What happened? Tommy?” First thing I thought was that his pop got injured; the old man was a scrawny bastard to be lifting cement blocks. “But it wasn't his old man,” Tommy said, and I got him into the bathroom, cleaned him up as best I could. It was only a scalp wound, lot of blood; nothing serious, except the kid was howling like a wounded animal. I had never seen him cry.

“A body on the pier, out by the Hudson, the pier you took me to, Pat,” he kept saying. Blurting it, almost incoherent. “I saw him. I wish I didn't see nothing. It didn't have almost no face, like they sliced it off.”

Jesus, I thought. OK. The kid was scared as hell. I grabbed sweaters for both of us. “Let's go. What the hell were you doing out there?”

“You told me you did it when you was a kid, you hung out on the piers, maybe find some salvage.”

“It's dangerous. The Mob uses those piers for payback, you hear me? How often you been out there?”

He looked down. “Most nights. OK, I heard there's spies coming in on them salvage boats, you know, I heard those guys that look for old metal, chains, anchors, that stuff, and they been running in spies now. Reds. Fucking Commies. Russkis. Cubans. Gonna kill us all.”

“Spies, my ass. Come on, Tom, there's no damn spies on the Hudson River. Chrissake, this is New York City, so we're going to take a look, then we'll get you to St Vincent's, get your head looked at.”

Truth was, I didn't know anything about damn spies. I was a cop, a homicide detective. But the kid had seen something, and I got my car and we drove out to Pier 46 near the end of Charles Street, between Charles and Christopher, in fact, two minutes by car; three tops. I parked. We ran. Some of the boards on that pier were rotten; you stuck your foot through those soft planks, you broke your ankle. A sharp wind came off the river.

“Take it easy,” I said to Tommy. “Where is it, this thing you saw?” Right then, I was more worried about the kid than what he said he had seen. He saw too many movies, always pestering me for some change to go to the pictures. When he was a little kid back when we figured the Russkis were gonna nuke us for sure, every time he heard a plane flying low at night, he'd run down to my place and bang on the door until I woke up and let him in.

“Pat? Over there. Look.” Tommy stayed back while I looked at the black body bag. I knelt down next to it.

It had been slung against one of the shacks out near the end of the pier. A single bulb dangling from the shack's metal gutter moved with the wind, the pool of dim light shifting, but enough to catch the body bag. It was damp from the fog that lay on everythingâthe bag, the pier, my hands and face. The city was only a faint blur of lights, the skyline to the right barely visible.

I looked down. The bag was partway open. Tommy must have done it. I pulled the sides apart.

Inside was a man; what I could see, he looked young. His tongue had been cut out, the mouth forced open and stuffed with a pink rubber Spalding ball. Some skin on the face was gone. Nose sliced off. What was left was soaked in blood, and so was the fringe of black hair. When I scraped some of the blood away, I saw the hole in his forehead, made by a .22.

SEALs of Honor: Cooper by Dale Mayer
The Resurrection of Aubrey Miller by L. B. Simmons
Rebel on the Run by Jayne Rylon
The Body in the Kelp by Katherine Hall Page
Vampiros by Brian Lumley
Royal Mistress by Anne Easter Smith
The Irish Cairn Murder by Dicey Deere
El sueño robado by Alexandra Marínina
The Childhood of Jesus by J. M. Coetzee
writing the heart of your story by lakin, c s