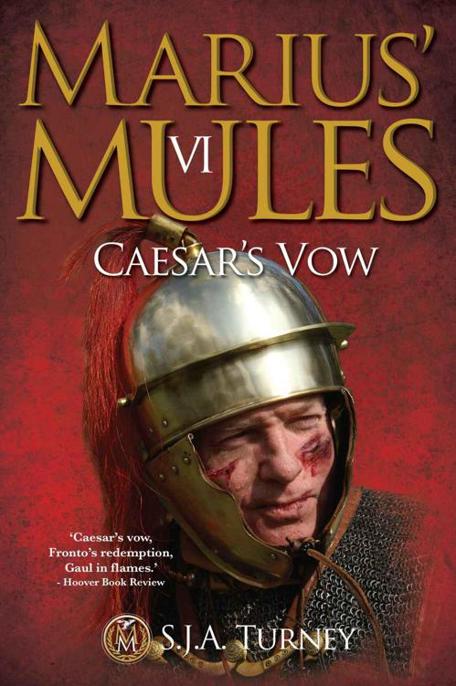 “Marius’ Mules: nickname acquired by the legions after the general Marius made it standard practice for the soldier to carry all of his kit about his person.”

I would like to thank those people instrumental in bringing Marius' Mules 6 to fruition and making it the book it is. Jenny and Lilian for their initial editing, Tracey for support, love and a steady stream of bacon sandwiches. Leni, Barry, Paul, Robin, Glynn, Alun, Neil & Stu for their beta reading and catching a few eye-watering bloopers – you saved me some real trouble there.

Thanks also to Garry, Paul and Dave for the cover work. Prue, Gordon, Robin, Nick, Kate, Mike and innumerable other fab folk for their support.

Cover photos courtesy of Paul and Garry of the Deva Victrix Legio XX. Visit http://www.romantoursuk.com/ to see their excellent work.

Many thanks to all three for their skill and generosity.

All internal maps are copyright the author of this work.

Published in this format 2014 by Victrix Books

The author asserts the moral right under the Copyright, Designs and Patents Act 1988 to be identified as the author of this work.

All Rights reserved. No part of this publication may be reproduced, stored in a retrieval system or transmitted, in any form or by any means without the prior consent of the author, nor be otherwise circulated in any form of binding or cover other than that which it is published and without a similar condition being imposed on the subsequent purchaser.

Tales of the Empire

For ease of reference, the most commonly used name in the text is
emboldened
. Not all characters in the story are here referenced, but the principle ones carried forward from previous volumes are, as well as a few new characters of import. Other names will be introduced in the text appropriately.

Marcus Vitruvius
Mamurra
: One of Rome’s most famous engineers.

Grattius:
Primus Pilus, once in sole command of the Ninth.

Marcus
Crassus ‘The Younger’:
Legate, younger son of the triumvir.

Quintus Tullius
Cicero:
Legate and brother of the great orator.

Titus
Labienus:
Lieutenant of Caesar. Currently legate of the 12
th
.

Nasica
: Surviving soldier of the 14
th
and now aquilifer (eagle-bearer) of the reconstituted legion.

Faleria
the younger: sister of Fronto. 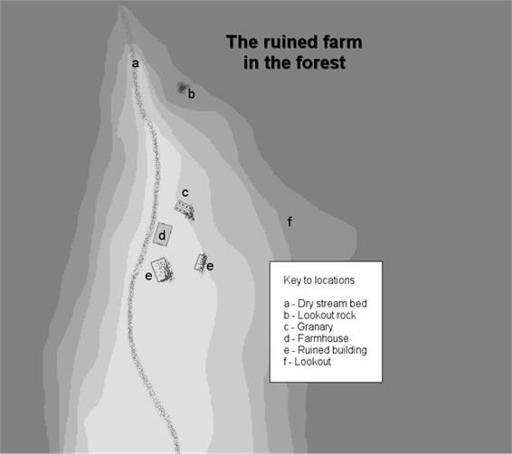 ‘I will hear nothing more of it, Priscus.’

Caesar drummed his fingers irritably on the table top as his brow twitched, leaden-cold eyes locked challengingly on the man before him. The general, Priscus noted, looked more tired than ever, yet there was something about him that had been lacking in evidence this past year or two: a fire. A purpose. Something had changed in Caesar, and it revolved around the missives he had sent to and received from Rome.

Priscus scratched his chin - bristly and none-too-clean - reflectively, wondering how far he could push the general this morning before he was properly upbraided. The state of his chin brought him back once more to a regular theme in his musings: just how much it seemed he was becoming Fronto. When he’d borne the transverse crest of a centurion the very idea of a morning unshaven would have stunned him. A three-day growth would have been unthinkable - he’d slapped month-long latrine duties on soldiers for less. And here he was, looking like some callow Roman youth emerging from his debauched pit after the Lupercalia festival, eyes red-rimmed with too much wine, wreathed in a smell faintly reminiscent of old dog. He would have to make a short sharp visit to the baths when he left here and get himself in shape.

‘With respect, General, you’ve sent for reinforcements. You will command the biggest army Rome has raised since that Thracian gladiator stomped up and down the countryside freeing slaves. Gaul is unsettled and troublesome - more than ever - and now is not the time to concentrate on small things, but to look to the security of the fledgling province as a whole.’

Caesar glared at him and he took a steadying breath, aware of how close to the edge he was treading. ‘I will hear nothing more of it’ was a warning sign.

‘Again, respectfully, you could stand on the throat of all the Belgae tribes with just eight legions; nine if you really feel the need to flatten them. All I ask is
one
legion. Even a green, untried one as long as the officers are competent. I’ll take one legion and unpick this whole damn land until I’ve revealed every sign of trouble. We do know that Esus…’

He stopped abruptly as Caesar slapped his palm on the table angrily, his face contorting with a snarl.

‘Enough with this damned ‘Esus’, Priscus. I am sick to the back teeth of hearing about mythical Gallic rebels who consort with druids and foment discord behind the scenes. If he exists, how come we have discovered nothing about him in over a year of campaigning?’ He pointed at the officer before him, denying Priscus the right to reply. ‘Simply because he is a fiction! Or if not a fiction, then the emphasis that you and your pet spies place upon him is vastly overrated. If he
does
exist, most likely this Esus
is
Ambiorix.’

Priscus prepared himself. He had bent the reed just about as far as it would go and it was clear what would happen unless he acquiesced now. Sadly, a dishevelled appearance was not the only thing he seemed to have inherited from Fronto. A pig-headed unwillingness to halt in the face of trouble seemed to have taken hold in his spirit too.

‘I do not think that is the case, Caesar. Ambiorix was a
small scale
rebel…’

‘
Small scale
?’ snapped Caesar. ‘That piece of Belgic filth wiped out a legion, lost me two veteran commanders - of Senatorial rank, no less - and endangered the rest of the army, almost finishing off Cicero in the process. And despite our timely arrival in force, still the mangy dog escaped us. Now he runs around free once more, gathering warriors to his banner in defiance of Rome. Get out of my tent, Priscus. Go bathe yourself in wine and forget all about your Gallic demi-God and his machinations. This army has a purpose at this time, other than the simple pacification of tribes: vengeance, Priscus. Simple revenge. Now go see to yourself and your fellow officers.’

Child of the Dead by Don Coldsmith
BeMyWarlockTonight by Renee Field
Wrangling the Cowboy's Heart by Carolyne Aarsen
An Incidental Reckoning by Greg Walker
My Lucky Catch (University Park #6) by C.M. Doporto
Out of Orbit by Chris Jones
The Diary by Eileen Goudge
Southland by Nina Revoyr
The Rattlesnake Season by Larry D. Sweazy
Say My Name by J. Kenner