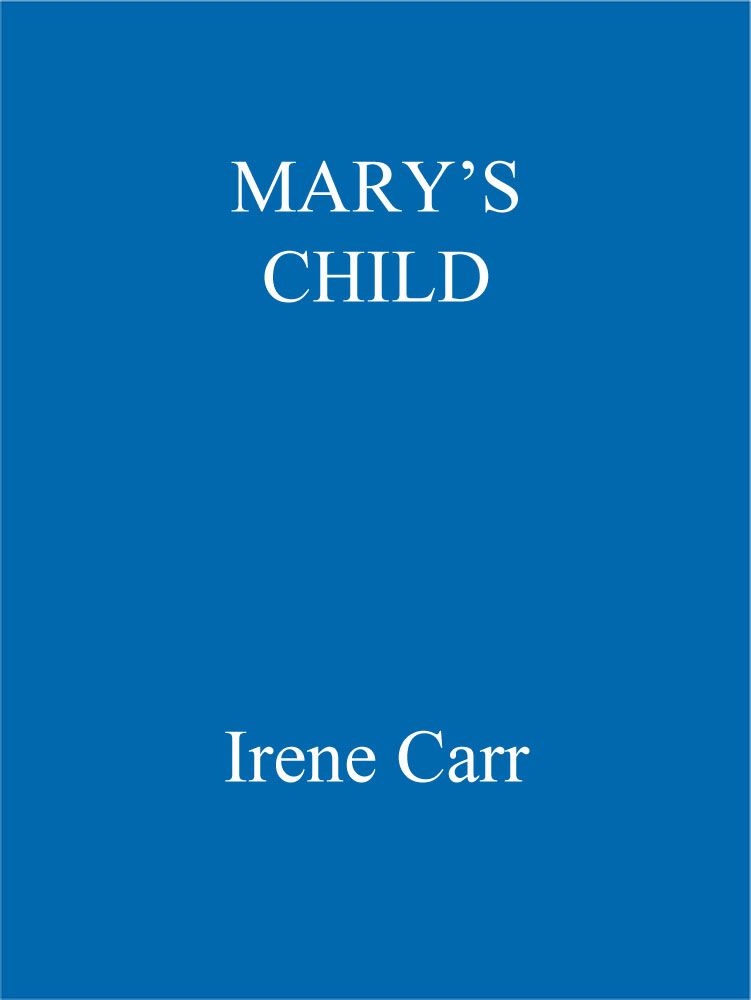 First published in Great Britain in 1996 by  Hodder & Stoughton

has been asserted by her  in accordance with the

Mary brought the child home. She wrapped the mewling scrap of life in her knitted shawl and left Agatha, the narrow-faced midwife, tending the whining mother lying exhausted in the bed. Mary went out into the night, passed through the pitchy darkness of the yard that was close under the shadow-casting loom of the houses and so came into the back lane where there was a little light. The wind had swept the sky clear of the near-perpetual coal smoke from the hundreds of chimneys ranked along the roofs but she could still smell it and the salt from the sea. Now a few stars blinked through cloud.

She hurried, breathing fast but with excitement not effort; she was still young. She clutched the bundle close to her breast and almost ran because of the winter’s cold and her fear that it would grip the child in her arms. But she went carefully, eyes cast down to be sure of her footing because she must not fall. There had been a dusting of snow on the cobbles when she came this way an hour before; the message had come to her then that the birth was imminent. Now that concealing whiteness had become dirty slush, slippery under her feet as her button boots splashed through it.

She came to her own back gate, shouldered through it without letting go of the child – Harry could bolt it later – and plunged once more into the black hole of her own yard. The rear wall of the house lifted in front of her and she pushed through the back door into the passage. Her boots had made little sound in the slush of the yard but each footfall on the bare boards of the passage came like a muffled drumbeat. She thought that the Wards upstairs might hear her but it did not matter. Harry Carter had heard his wife coming and as she reached the first door opening out of the passage he pulled it wide. She stepped past him into the gaslit room beyond and at last drew a full breath. She was home.

She crossed the kitchen with the table at its centre and sat down on the cracket, the little four-legged stool, in front of the coal fire. She rested her booted feet on the brass fender and laid the child down carefully on her knee. The boots dripped into the fireside and started to steam.

Harry Carter, short, broad and just a year older than his young wife, came to stand over her. He said doubtfully, ‘You’ve got it?’

Mary turned her face up to him, laughing with excitement and joy. ‘Aye, I have! And not “it” – her, a little lass!’ She cautiously, carefully eased back a corner of the shawl to peep in at the child, felt at her small face and body with a finger and said softly, ‘She’s warm as toast and sound asleep.’ She stood up, almost eye to eye with Harry but slim and thin faced, brown hair drawn back in a bun. ‘Do you want to hold her a minute?’

‘Aye.’ He held out his arms and took the child, awkward with nervousness but eager for the moment. He and Mary stood with heads bent close together. He was first to return to harsh reality: ‘Are you sure we’re doin’ the right thing?’

‘Mebbe. But they’re short of orders at Ballantyne’s and there’s not another ship to work on when this one’s finished. They’re laying men off. What if I get the sack?’

‘You haven’t got the sack, and if you did it would probably only be for a week or two till you got a job in one o’ the other yards. And I’ve got my job at the ropes.’

‘But that depends on the ships. If they’re not building, they’ll not want the ropes.’

‘
Everything
around here depends on the ships. But there’ll always be ships, they’ll always want ships and yards to build them, so stop worrying.’ Mary stood on tiptoe and kissed him and he grinned at her, then looked down at the sleeping child.

He asked, ‘What are we going to call her?’

Mary’s smile slipped away for a moment, then returned. ‘She’s already named. Her mother wants her called Chrissie.’

‘Chrissie?’ Harry thought about it then tried it again, ‘Chrissie Carter.’ He grinned. ‘Aye, that sounds all right.’ Then, serious again, ‘And you’re sure she’s ours?’

‘That she is, and no going back. Martha Tate is a single lass and the father’s let her down. She doesn’t want the bairn, she’s made that clear.’

Harry was dubious. ‘She’s a theatrical, been on the stage in London and all over. From what I’ve heard she’s no angel.’

Mary admitted, ‘I daresay she’s no better than she should be. But she’s been taken advantage of and left in the lurch.’

‘Who is the father?’

Mary shook her head. ‘I don’t know. Only that he’s from a family that owns one o’ the yards on the river, a rich man’s son. More than that, Martha won’t say.’ Now she reached up for the child. ‘But it’s time she was in bed. Come on.’

They went through into the other room, the bedroom, that faced on to the street. There was a grate in there but no fire in it and their breath stood on the air in front of them as Mary whispered, ‘Did you put the shelf in?’

‘Aye.’ Harry reached over the side of the cradle, pulled back the blankets and took out the square foot of black steel plate that was the oven shelf. Mary laid the child in its place, on the square of sheet that the plate had warmed, and tucked the covers in around her. Harry carried the plate back into the kitchen and slid it into the oven alongside the fire that heated it. Then he shut the back gate and back door, moving quietly on his toes on the boards of the passage. He turned off the gaslight and groped his way into the bedroom by the light from the kitchen fire. He paused and stooped low over the cradle for a minute, his face close to that of the sleeping child so he could just see her in the gloom. Then he undressed and climbed into bed and into Mary’s arms.

She whispered, ‘I’m that happy! I’ve always wanted a bairn and the doctor said I couldn’t have one, but now I have.’ She corrected, ‘
We
have.’ But then she asked anxiously, ‘Did you have your heart set on a boy?’

Harry breathed, ‘No. She’s a bonny lass.’ And later, after thinking about it, marvelling at their good fortune and worrying about this new responsibility, he wondered: ‘How could anybody give a bairn away?’

Martha Tate was recovering now in a similar bedroom, but this one had a fire in the grate because of the birth. There was a smell of unwashed dishes and past meals from the kitchen next door. Martha sat up in the bed and demanded, ‘Give me a drink, Aggie, and not bloody tea.’ She could be a beauty, but now was bedraggled, her face twisted sourly.

The midwife took glasses from a cupboard and lifted a bottle, squinted at it. ‘There’s a drop o’ rum left.’

‘Think I’ll have a drop myself. It’s been a hard night.’

Martha complained, ‘A bloody sight harder for me.’ She held out a long-fingered hand. ‘Give us that!’

Aggie poured generously and passed one glass to Martha. ‘All the best.’ She was a woman of thirty, sharp eyed and narrow faced, falsely smiling with thin lips.

Martha seized the glass. ‘Same to you.’

They sipped at the neat spirit and Martha licked her lips. ‘That’s better. Thank God that’s over. Another few days and I’ll be off. I’ve been stuck in this bloody house for months.’ At that time a woman hid her pregnancy from the world.

Aggie sniffed, reproving, ‘You were glad enough of the place when you came.’

Martha was quick to acknowledge it: ‘Ah! That I was. I couldn’t go back to my own folks in Newcastle. When they weren’t preaching at me they’d be taking every penny I’d got. And they threw me out years ago because I’d gone on the stage.’ She drank, then amended, ‘Well, they were going to but I did a flit before they could kick me out o’ the door. So I wouldn’t go back to that hole and I’m grateful to you.’

‘You’re welcome.’ Aggie added slyly, ‘And you’ll be settling up with me when you go.’

‘’Course I will.’ Martha’s upper lip curled. ‘The feller that got me like this, his father’s got plenty o’ money. If he can find it to build ships then he can find it for me. The bugger will pay through the nose.’

They both drank to that, laughing.

All the houses were the same. They stood in long lines on either side of the cobbled street, twenty or more in a block. There were two rooms and the passage on the ground floor, and upstairs two more rooms and, over the passage, a cubicle just big enough for a narrow bed. There was row after row of them, lying close to the River Wear because they were built to house the men who worked in the shipyards.