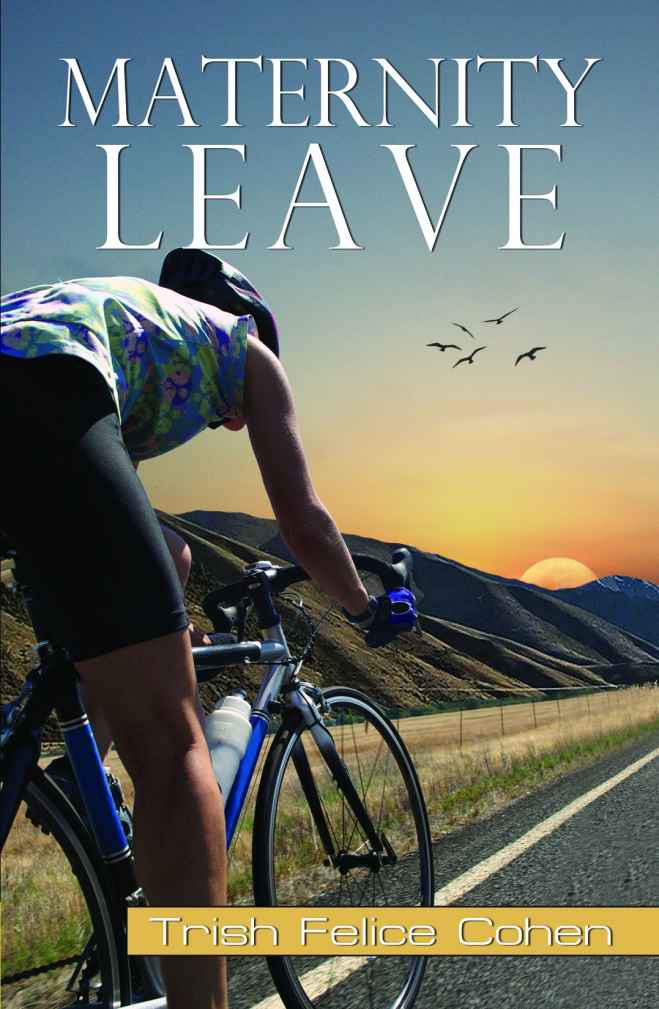 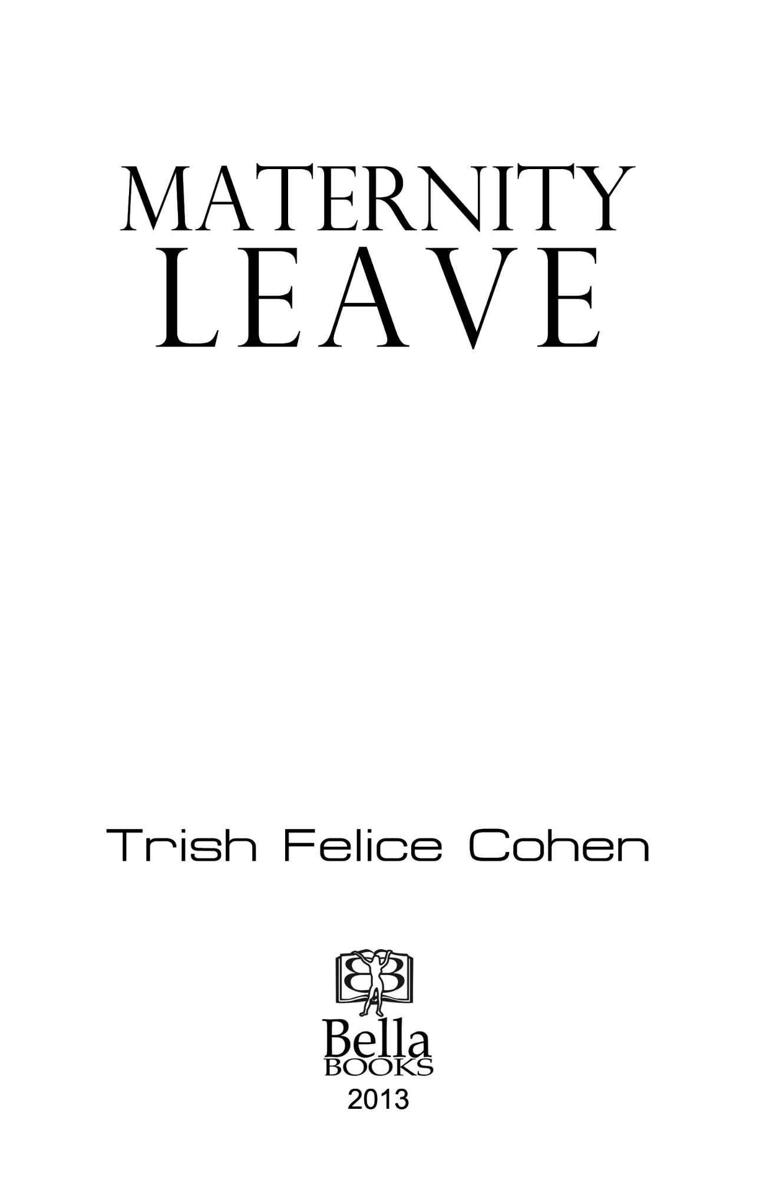 First I’d like to give a special thanks to Peter Zheutlin, your  substantive suggestions and editing were invaluable. Thank you also to Ellis Weiner, the Simon Cowell of literary critics. I’d also like to thank Karin Kallmaker of Bella Books for believing in me, and Katherine V. Forrest for fixing what Peter and I missed.

Thank you also to Baron Karl von Drais, the inventor of the bicycle (per Wikipedia), and everyone who has improved it since 1817.

To all the professional racers out there. Sorry about the inaccuracies. I am aware of the vast divide between local, state, national and world caliber athletes even if it does not seem so from this story. It is purely a work of fiction and if it makes you feel any better,
Law & Order
is very frustrating to me.

To Scotty—you’re the best friend two girls could ever ask for.

To my parents and TJ—I love you and thank you for always supporting me.

To Suzy—You make me so happy and I love you.

To my would-be bride. I love you Suzy.

Trish Cohen and her partner Suzanne live in Florida, where they enjoy biking and boating with their two dogs. They’re both in the process of making babies.

I am a lawyer, an occupation I fell into by default. Like every other smart-ass child who does well in school but sucks at math and science, I enrolled in law school upon the realization that my dual degree in history and political science qualified me to live in my parents’ basement and wait tables.

While law school was interesting, lawyering removed my will to live. I first realized my error in career choice during the summer after my second year in law school when I was employed as an intern at a large law firm. I sent an email to all of the associates in the firm, advising them that I was available to assist them as needed. Though I did not specify, my intent was to assist with legal matters, such as drafting motions or researching legal issues. The only response I received was from a third-year associate. His email reply stated, “Please sneak up behind me with a gun and blow my brains out.” I have become that third-year associate and I fully understand the desire to die rather than endure twenty-seven additional years of sitting at a desk for ten hours every day.

Part of the problem is that my chosen practice area, subrogation law, is unsatisfying and lends itself to extreme boredom. I stay where I am because the more interesting areas of law, as portrayed on
Law & Order
, come at a price. Namely, associating with criminals and participating in intensive trial preparation. While a
My Cousin Vinny
-like trial may be fun, it would not compensate for the previous five weeks of living in the office with an alleged murderer while subsisting on Cheetos and coffee.

My passion in life is racing bicycles, an activity not as well suited to paying a mortgage as suing the crap out of people. To the contrary, cycling actually costs money, in addition to being a tremendous time suck. As a lawyer, I have the money to ride, but not the time. If I quit my job, as I ponder doing every six minutes when I bill my time for the previous six minutes, I would have the time to ride, but not the money. Thus, instead of excelling at law, I bill the minimum amount of hours to avoid being fired, and put forth the minimum amount of skill to avoid a disciplinary meeting with the Florida Bar grievance committee.

Needless to say, I am not and never have been, on the partnership track. By lawyer standards, I am lazy. I work the firm minimum of 2,000 billable hours a year, often to the minute. I have never worked a weekend or past 5:00 p.m. and utilize every second of my fifteen vacation days and two personal days. At least once or twice a month, I take a half day, where I work for a few hours, then take the rest of the day off. So far, HR has not noticed that I’m not taking vacation time for these days.

Even while I’m at the office, I tend to procrastinate; not starting my work until I check the cycling news from four different websites, the local and national news on seven different websites, my bank statement and home email. I also take extended lunch breaks and often hold in my morning shit so that I can do it on the clock rather than my free time. Even with all this, I feel that I am wasting my life at a desk eight to ten hours a day.

I work as an associate attorney at the law firm of Johnson Smith Jones Greene Taylor LLP. Most people call the firm Johnson Smith. However, I work directly under David Greene. As a result, I must refer to the entire firm name to prevent David from crying himself to sleep, and more importantly, to avoid being fired. Several times a month, David reminds me that, technically, his name should be ahead of “Jones,” though he is okay with the reversal due to the fact that he’s not petty. He reminds me of the anorexic people with body dysmorphia. Essentially, the twig looks in the mirror and sees a fat person instead of a sixty-five-pound skeleton. David has personality dysmorphia. As a result, he fails to realize that his perception of David Greene and the rest of the world’s perception of David Greene are day and night. A perfect example is that David actually called one of our coworkers a nerd on one occasion. It took all of my will power not to discuss black pots and kettles.

David is not my only complaint at Johnson Smith. Johnson Smith has a software program that severely limits my internet surfing options. When I try to view a friend’s photo album, access Facebook, watch YouTube, search for a new job, buy something on eBay or watch porn, WEBSENSE pops up in big letters on my screen to inform me that I am on an unauthorized webpage. It scared the shit out of me the first time it happened. I expected an alarm to go off at Johnson Smith headquarters, followed by a stern talking to about surfing the Internet during work hours. Fortunately this does not happen, as I receive a WEBSENSE warning at least three to four times a day and I’m pretty sure I would no longer be employed if this were monitored.

WEBSENSE adds new restricted webpages every day and I’m sure it won’t be long before Westlaw, a legal research website, becomes the only site I have access to. Each time WEBSENSE pops up, it gives you a categorical explanation of why access is being denied. Thus far, I’ve been rejected in the categories of “Blogs and Forums,” “Streaming Video,” “Tasteless Content,” “Entertainment Gossip,” “Online Auction,” and “Adult Content.” One day, I spent my morning typing in various porn sites to see if they fell under “Tasteless Content” or “Adult Content.” I instigated this experiment after viewing two email-forwards, both of which were tasteless and adult-oriented, and noticing the differing classifications. The first email-forward was a link to a twenty second clip of a naked woman kneeling on a pool table, crotch facing the camera. All of the sudden, a cue ball pops out of her vagina and knocks the eight ball into the corner pocket. WEBSENSE deemed this site to be “Tasteless Content.” The other email-forward was a photograph of a woman’s labia, hopefully PhotoShopped, which stretched down below her knees. WEBSENSE classified this site as “Adult Content.” Though WEBSENSE is well intended, it’s much more inconvenient than it is restrictive since I have an iPhone with a full data plan. Even if I didn’t, my office cannot block websites as fast as I can create new methods of procrastination.

Another indignity of my profession is the billing requirements. Billing breaks my day into six-minute increments. Six minutes is equal to a 0.1. I bill at least a 0.2 (twelve minutes) for every task I complete. If I make a phone call and leave a message, I record a 0.3 even though it only takes me thirty seconds. This breaks down into 0.1 for preparation to call John Doe; 0.1 for telephone call to John Doe; and 0.1 to document the file to reflect the detailed message left for John Doe. This is clearly taking advantage of the system. However, the system is quite flawed and the “taking advantage of” is a three-way street between the law firm, its employees and the clients.

I specialize in subrogation law. My brother, Jason, once told the African American wife of a friend of mine that I practice “segregation” law. This is not the proper pronunciation. I told Jason that in the future, if he’s going to misrepresent what I do, I would appreciate it if he would tell people I practice desegregation.

Allegedly, Johnson Smith handles only “large loss” property subrogation. That is, subrogation cases worth in excess of $100,000. However, at least two-thirds of my cases are under $20,000. This sucks because my firm awards bonuses to associates based on the amount of money the associate brings in the door. I settled four cases last quarter, but only brought in twelve dollars because my cases are small and my firm takes it up the ass on its contingency fees. Usually, attorneys recover at least one-third of a settlement. Johnson Smith takes twenty-two to twenty-eight percent. Once again, if Johnson Smith tries to take a higher fee percentage, its four clients will pull their 6,000 subrogation cases away from Johnson Smith and give them to another firm.

The Diary by Eileen Goudge
The Girl Who Invented Romance by Caroline B. Cooney
Truth or Dare (Liar Liar #2) by C.A. Mason
Gabriel and the Swallows (The Volatile Duology #1) by Esther Dalseno
Startup: An Insider's Guide to Launching and Running a Business by Kevin Ready
In Cold Blood by Anne Rooney
Nature of the Beasts by Michaels, Trista Ann
Vendetta by Karr, Autumn, Lane, Sienna
Cops And...Lovers? by Linda Castillo
The Feria by Bade, Julia