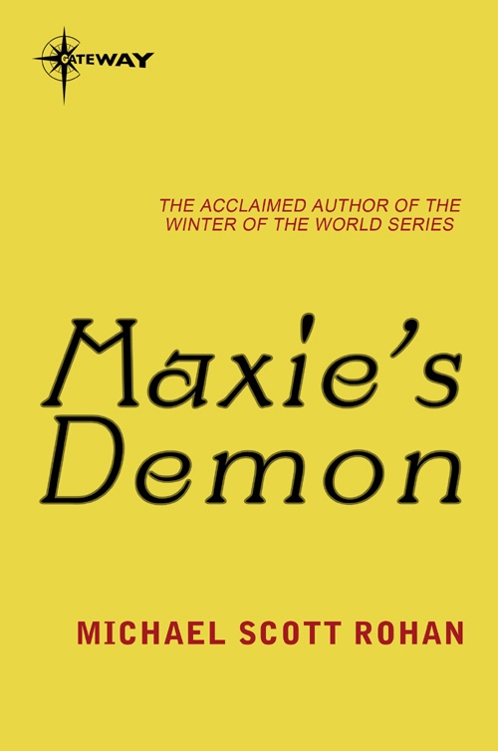 In the last years of the twentieth century (as Wells might have put it), Gollancz, Britain’s oldest and most distinguished science fiction imprint, created the SF and Fantasy Masterworks series. Dedicated to re-publishing the English language’s finest works of SF and Fantasy, most of which were languishing out of print at the time, they were – and remain
– landmark lists, consummately fulfilling the original mission statement:

Now, as we move inexorably into the twenty-first century, we are delighted
to be widening our remit even more. The realities of commercial publishing are such that vast troves of classic SF & Fantasy are almost certainly destined never again to see print. Until very recently, this meant that anyone interested in reading any of these books would have been confined to scouring second-hand bookshops. The advent of digital publishing has changed that paradigm for ever.

Welcome to the new home of Science Fiction & Fantasy. Welcome to the
most comprehensive electronic library of classic SFF titles ever assembled.

Chapter One: No Right Turn

CHAPTER ONE
No Right Turn

S
EX
IS ALL RIGHT
, but it’s nothing like the real thing.

I pressed my foot down gingerly. I almost jumped at the snarl that answered me, deep enough to feel, not hear. It was the old electric feeling. Suddenly I was lord of limitless power. The bucket seat hugged me in white hide and made me a part of the machine, brain to a bigger, stronger body whose every quiver I
felt and controlled. Now I was the strong man, the wild one. I was the one who set the pace.

Out ahead of me they stretched, fat, docile slugs in dotted ranks, and I saw myself weaving and winding a stream of fire between them, leaving a trail of dropping jaws and wet pants. The road stretched out arrow-straight ahead to where it met the sky, and I felt I could just ground the pedal and go shooting
off it like a launching ramp, straight into the sunset. But there was all that bloody traffic in the way, taillights flocking like mindless fireflies; and I had to be careful. Didn’t want to draw attention to myself, did I? I’d gone carefully this far, light on the throttle, low on the revs. Draw back; rein in. There were cameras and things. Don’t stand out. Just another commuter, however sleek
the car.

I did an elegant side-swerve, all four-wheel drift, to avoid an unwary citizen in the outer lane, a sardine gaping out of his conventional little can, carved him up neatly on the inside – and swore. I was getting careless already. Leave the plebs alone, boy. Let them gape. Be grey; be glad.

The back of my neck was itching. Cameras and things
– why the hell had I moved out on to the motorway? This bitch coked up at low revs. Speed, that was what I’d been thinking of. Stupid, stupid. If I’d only stuck to the back roads.

Maybe I could turn off. I searched my memory feverishly, there was one hell of a junction up ahead, wasn’t there? All splits and merges and multiple laning, idiot planning. Cloverleaf hell, as junctions go this was
a Venus flytrap.

I could drop out of sight there, altogether. I reached around for my road atlas on the passenger seat, but my hand lit on the hard little box of the scanner radio beside it. Christ, I hadn’t even turned it on! I flicked the switch, the array of lights flickered, sweeping up and down the frequencies. A couple of meaningless crackles, and then there was a voice.

‘… car checking
in – suspect is moving through traffic on the westbound carriageway, I say again westbound, driving recklessly …’
I swore, and stared into my mirror. I couldn’t see anything, but there was so much traffic. A trickle of sweat ran down behind my ear lobe, and the old urges surfaced, swamping all my cool good sense. Never mind whether they meant me! Get moving, now, fast, get away, get out, run run
run run run. All the old primeval rat rose up in me, as the boot stamped down into the sewer mud. I floored the pedal and changed up, and up, and a hard hand pressed down on my chest as the car really took off.

The engine was
amidships, behind my head, and the manic bass bellow filled my ears as I was blasted back in my seat. The deep-dish wheel leaped and bucked against my wrists, a battle that
hardly had anything to do with direction. It was like wrestling a living will, a maniac writhing any way and all ways. Yet in the midst of it, weaving between citizen cans and rustbucket trucks and trailer units full of freezer-fresh cabbages, fear snatched my eyes back to the mirror and the ice-blue flicker that had awoken in the dusk.

I couldn’t hear the sound, I didn’t need to. Sickening fear.
They were that close, they must have been shadowing me right from the start, practically, waiting so I wouldn’t panic and bolt in the commuter traffic, maybe damage the pretty car. Christ, that meant they’d be ahead of me as well! Waiting to drop a stinger in my path, split the tyres and stop me painlessly …

We’d bloody well see about that! Cops can’t drive worth a damn. I could outrun them in
this, I could hardly do anything else. Just one clear stretch—

I wrenched the
wheel straight-armed, sliding up and down the gears with featherlight jabs on the brakes, no more. I wove a jagged line of swerves and skids and sudden violent braking, I beat crazy riffs of dents and bangs and ditching as the citizens smacked each other. But not me, not one of them touched me, not one!

Then the balloon
burst and fizzled, like all my balloons, always. I hunched behind the wheel, and wailed between my teeth. Why here? Why now? Why me? Why’d they have to be there, the bastards? Why weren’t they out catching real crooks?

Look at the dash! The citizen who’d shelled out for this classic had never put more than twelve thou on it. Just used it as a weekend runabout, probably, when he was tired of his
Roller. Now
that
was a crime. That was the old man’s kind of thing …

Sign gantries came sweeping up above me, and batteries of lights – and cameras. I could see them swivelling on their poles, and gave them the finger for their trouble. The flicker was nearer now, though, for all my speed, sweeping blue across the low cockpit roof, filling the mirror. Christ, he was close – how the hell, in a
pissy little patrol car? Cops can’t drive.

We were just past an exit lane. I swung this way and that to shake him, then bore down hard, spinning the soft leather rim, wrenched the car across the lanes, across the shoulder, the grass – bump, crash, sang the six-figure suspension in a spray of dry soil and weeds – and out, away up the exit slope, leaving Blueballs skidding into the shrubbery. I
twisted around in my seat to gloat.

The engine retched. The revs sank. Memory, swift-slashing glass shards – a fuel cutoff, if the car overturned and the driver’s weight came off the seat. All Ferraris had them; formula stuff. And I hadn’t much weight, so when I shifted …

I slammed my
backside down hard, but the engine was coughing, misfiring, coking up probably like all these high-revving temperamental—

And suddenly the screen was full of truck, as if someone threw it at me. Big, bigger, bright green, very, with a red light leering. Me –
why bloody well me?

I slammed on the brakes, I hauled the wheel, I screamed. All very conventional. The car took off. Like a launching ramp. Straight into the sunset. Still screaming.

It landed. I rose and smacked into the roof. It bounced, I sprawled, the
gearstick goosed me playfully, the bright-red bullet ran forward on burst tyres and collapsing suspension, howling like a demon. I must have landed on the bloody fuel switch. We were racing across one lane, then another, brakes screeching, cars swerving, blank faces turned to terror-masks whirled by – and I never guessed, then, that they must be mirroring mine. Another lane, a bump, a crash and a
screech of sparking metal and now I really saw the sunset, whirling, spiralling as I spilled and tumbled about, knowing I was falling into a pit of fire. The old man’s hand came up and cuffed me so hard my eyes went dark and whizzing spots of red filled my head, like the atomic models in the college labs. And the turning and bouncing went on and on and on.

Why didn’t
the fire come? Why?

A breathtaking
bang, a slithering roll and agony flared as I was flung about like a cat in a spindrier, my knees and elbows and head whirled out into a wild riff of blows. Then, almost sickeningly, stillness and silence, except for the tick and creak of cooling metal. A burning stench filled my nostrils. Something gave, and I slumped down heavily on my neck, my head driven painfully into my chest. I was
upside down, knees by my shoulders, showing my usual aspect to the world.

And, it began to dawn on me, I was still alive. I might even be all right. Normally I wasn’t too hot on life, but right then it was sunshine and apples and Pimm’s No. 1 – how long since I’d tasted that? – and Celia the Snake Dancer and steak and chips all rolled into one.

You think that’s improbable? Try hanging arse-upward
under about eighty litres of high-octane.

An awful hope and panic billowed up, and I was thrashing and gibbering to get free, seeing the fireball blossoming above the seat of my jeans any moment. A leg fell free into emptiness and I did an involuntary backward roll. Suddenly there was open air and grass, and I scrabbled like a maniac on all fours to get away, clutching at the ground in gratitude.

When I ran out of breath I lifted myself on my stinging elbows, and looked around. The car was a mess, crumpled like a beer can in a giant fist, resting upside down on its rollbar in deep grass, wreathed in steam or smoke. Whoever owned this wasn’t going to get his toy back. Serve the bastard right.

The Sword Song of Bjarni Sigurdson by Rosemary Sutcliff
Death Will Have Your Eyes by James Sallis
Man Down by Smith, Roger
Dark Wrath by Anwar, Celeste
Kiss and Tell by Cherry Adair
The Panther & the Pyramid (Khamsin Warriors of the Wind) by Vanak, Bonnie
The Savvy Sistahs by Brenda Jackson
Lie to Me by Nicole L. Pierce
Tackled by the King: A Bad Boy Sports Romance by Christina Clark
Catching Raven by Smith, Lauren