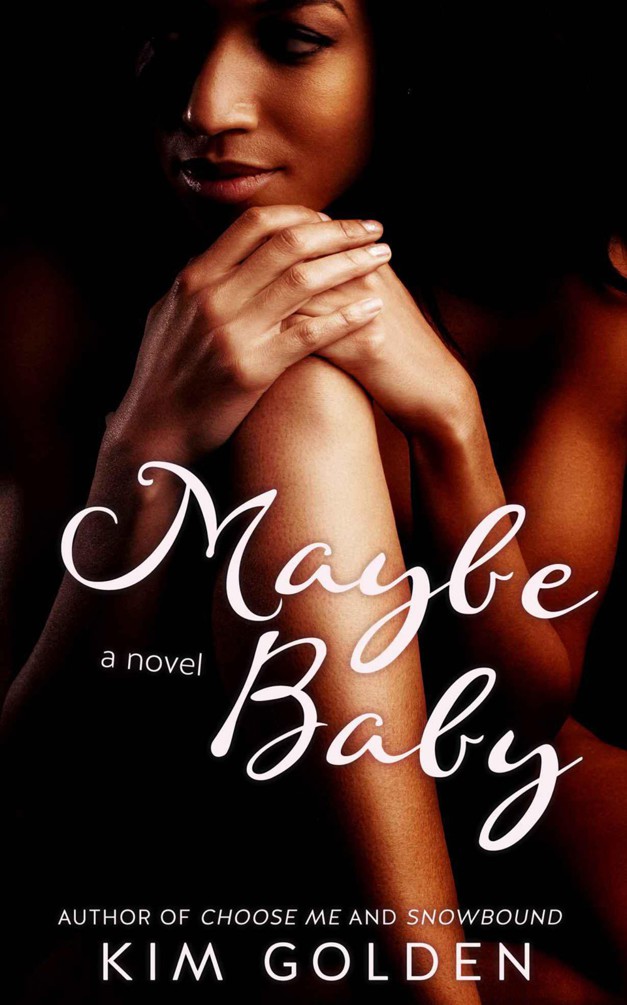 This is a work of fiction. Names, characters, businesses, places, events, and incidents are either the products of the author’s imagin
ation or used in a fictitious manner. Any resemblance to actual persons, living or dead, or actual events is purely coincidental.

This book is licensed for your personal enjoyment only. This book may not be re-sold or given away to other people. If you would like to share this book with another person, please purchase an additional copy for each person you share it with. If you are reading this book and did not purchase it, or it was not purchased for your use only, then you should return it to the seller and purchase your own copy. Thank you for respecting the author’s work.

(Shedding light on your self-publishing journey)

To my gorgeous, noisy muse.

You know who you are.

I love you always.

The Best Decisions Are Made Over a Bloody Mary

Home Is Where the Heart Is?

The words flew out of my mouth before I even had a chance to properly register them. But saying them—sending them out into the orderly world that was my life with Niklas—felt good. Cathartic, even. I wanted to have a baby. It had been bouncing around in my head for months now, the invisible sleeping giant that shares our apartment and takes up a tad bit too much space.

Niklas stopped tapping a text message long enough to flash a slightly amused smile at me. He set his iPhone on the leather seat of the Lincoln Town Car cruising us towards Newark Liberty Airport and patted my thigh. "Since when?"

He didn’t sound flummoxed or annoyed or encoura
ging. He was using that neutral-with-a-twist voice he reserved for his clients when they called at inopportune moments. I didn’t want him to switch to that voice. I wanted him to sound like normal Niklas, not like Niklas the therapist who was going to try to get me to talk about my feelings and the triggers for why I had these feelings. He was probably already working out a way to explain this desire.

He waited for me to elaborate.

I didn’t. Instead, I repeated my initial statement. "I want to have a baby."

"
Yes, I heard you the first time. My question to you is why you have this sudden desire to have a baby."

"
It’s not sudden." I angled my legs away from his, dislodging his hand. He slid it back toward his phone. I knew what was happening now. He’d finish sending his text message. He was probably updating his kids or his ex-wife with our expected arrival time in Stockholm. We’d been in the US for five weeks, part of the deal that kept me afloat during the long winter months in Stockholm. Three weeks, every summer, in the US so I could get my much-needed dose of America, of sunshine and candy and proper bagels and shopping. It was a trip that usually filled me up until at least the end of January. Then two more weeks someplace warm like Thailand or Bali to escape the winter darkness for a while. I squeezed the hell out of memories of digging my toes in sand that warm, not chillingly cold like at our summerhouse in southern Sweden. I went crazy ordering too many deliveries of Vietnamese food to the various apartments we borrowed from friends and family, because I wouldn’t have this luxury in Stockholm. Swedes didn’t "do" home delivery of food. It was one of the many things I learned to accept since I moved to Sweden.

"
Well, you’ve never expressed any interest before in children." Niklas sent his text, and then inserted his iPhone in his leather duffle bag. "You barely even get along with my kids."

"
Laney, come on." He smiled indulgently at me.

"
You know it’s true. Siri has never liked me, and Jesper... I don't even know what he thinks."

"Jesper likes you, trust me."

"As long as Siri isn't around—"

"
What? No, don’t be an idiot, Niklas. I want to have a baby because I love you—and we’ve been together five years—and I always assumed we’d start a family of our own."

"
We have a family together—we’ve got Siri and Jesper."

"
Siri and Jesper are your kids with your ex-wife." I stared at the back of our driver’s head and wondered what he made of our conversation. He’d probably heard it all before. "They’re not my kids."

"
Semantics, Laney. You and I are a couple, so my kids are your de facto kids."

"
I don’t think they see it that way," I reminded him. He knew his daughter was only civil to me when he was around. His kids didn’t really like me in his life. And while I tried to ingratiate myself to them, tried to put on a front of family unity because I didn’t want to rock the boat too much—I had to admit that I was not always too fond of them, either.

Siri, who was eighteen, behaved as though our apar
tment in the Vasastan section of Stockholm was a flophouse. She showed up at all hours of the night, with whichever boy she picked up at the multitude of bars and clubs she frequented, and had ear-shattering sex in the bedroom that was hers whenever she chose to visit. Niklas pretended not to hear her nighttime antics. He said she was an adult, and it was not his job to keep track of whomever she chose to sleep with.

Jesper, his son, was not as vile. In fact, when Siri was not around, he was quite sweet. He helped around the house, asked for my advice about the girls he was inte
rested in, even asked if I'd help him with homework he didn't understand. But the moment Siri appeared, he turned sullen and incommunicative. And he became a willing participant of any nasty prank she concocted.

Niklas thought this was a phase his children were g
oing through—a very long phase of adjusting to the "new" woman in their father’s life. He said we needed to meet it with patience and understanding. Lots and lots of patience and understanding. And I was trying, believe me. I’d known his kids since they were ten and thirteen, but five years was a long time to wait for them to become accustomed to me. And, really… they were nearly adults now. How much more of this should I have to take? Even in the name of love?

Neither of us spoke again until the familiar sights of Manhattan faded and we edged closer to New Jersey and the airport. Niklas tried to lighten the mood by stroking my hand and saying,
"You know, we can’t take a baby back to Bloomingdale’s if we don’t like it."

There was a gentle teasing to his voice. I knew he wanted to smooth away any conflict before we boarded the plane and returned to Sweden. Conflict was not his forte. Even with his being a therapist. Any argument brought his insecurities about our relationship to the surface. He tried to joke these away.

But I was not in a joking mood. "I'm not Siri," I retorted, knowing I sounded petulant. "I am well aware you can’t buy babies at a store. I don’t think it’s unreasonable to want to start a family if we love each other."

"
Laney, I'm sorry, I don’t mean to tease you." He kissed my cheek. Not even breathing in the clean scent of his skin knocked away my annoyance. "But… baby, you know I had a vasectomy. I had it after Jesper was born."

Another pregnant pause. I didn’t even know how to respond to that. I wouldn’t have forgotten he’d had a vasectomy. Had he ever even told me? Or was this like so many things he’d neglected to tell me that he sprang on
me with a "But you know this…" or "I told you about this already…" I didn’t think I knew this when we decided to get together. I would have remembered.

"
You never told me you’d had a vasectomy."

"
I did, Lanes. Back when we first moved in together, I told you about it."

"
Vasectomies can be reversed."

"
So you love me enough to get me to stay in Sweden, live there with you, and help you raise another woman’s kids… but not enough to have a child with me."

"
Now you are putting words in my mouth, Laney, and that isn’t fair at all."

"
Life isn’t fair," I quipped. "Isn't that what you're always telling me and your patients?"

"
And you’re being childish."

"
Don’t you think you’re being selfish?"

"
I don’t want to have any more children. That’s why I had a vasectomy. After two rounds of sleepless nights and potty-training and the terrible twos and threes… even with how great it was watching my kids grow up, I don’t want to deal with that again."

"
I always thought we would have a family."

"
We do have a family," he said for the third time. He looked flummoxed. He wasn't used to me standing my ground. This was my fault. I usually gave in to whatever he decided. Not all the time. But often enough that it put us off balance. "We have Siri and Jesper."

"
Siri and Jesper aren’t my kids! They’re Karolina’s children." Karolina was the one who ruined Niklas for other women, or at least she liked to tease him with this on those occasions when we are all together. Which was often. They’d remained friends despite the divorce. He called her for advice. They spoke on the phone nearly every day. In too many ways, it felt like they were still married, even with our five years together.

"
We’re more than a couple. After five years together, we’ve earned the title ‘family.’"

"
Baby, we can talk about this later. It’s not really the sort of conversation I want to have in front of a stranger."

I glanced at the back of the driver’s head. I acquiesced too easily. It wasn’t until we’d checked in, gone through the security check and were safely ensconced in the business class lounge that it occurred to me our driver wouldn’t have understood a word we were saying. He didn’t even react. Of course he didn’t.

We were speaking Swedish the entire time.

The Playboy's Proposal (Sorensen Family) by Ashlee Mallory
Beyond the Ties of Blood by Florencia Mallon
Jake' Journal: The Riverdale Series Companion by Infante Bosco, Janine
The Invention of News: How the World Came to Know About Itself by Andrew Pettegree
Ever So Madly by J.R. Gray
Wife Wanted in Dry Creek by Janet Tronstad
Welcome to My World by Miranda Dickinson
On Black Sisters Street by Chika Unigwe
Some Like It Hopeless (A Temporary Engagement) by Megan Bryce
Bad Company by K.A. Mitchell