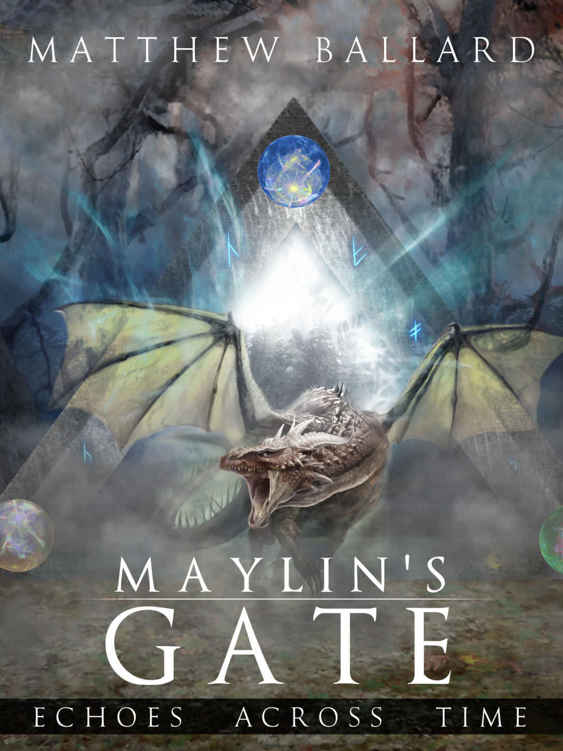 CHAPTER ONE Between a Rock and a Hard Place

CHAPTER TWELVE The General and the Beast

CHAPTER SIXTEEN Around the Forge

CHAPTER TWENTY-NINE Stairway of the Gods

CHAPTER FORTY-ONE Alone on the Savanna

CHAPTER FORTY-TWO A Lady About Town

No part of this book may be reproduced, distributed, transmitted in any form or by any means, or stored in a database retrieval system without the prior written permission of the author. You must not circulate this book in any format. Thank you for respecting the rights of the author.

This is a work of fiction. Any resemblance of characters to actual persons, living or dead, is purely coincidental.

For my mother, Donna Spangler. I love you mom.

A big thanks goes to Jodi Caron for helping me make this the best book possible.

Between a Rock and a Hard Place

Across the bedroom, the door latch clicked. Rusty hinges groaned and a bead of light cut a thin patch across worn floorboards.

Ronan shot upright and sharpened his vision with a burst of enhancement magic. A dull ache throbbed at the base of his skull. He winced.

“Your Majesty,” a man’s voice said above a bare whisper. “Are you awake?”

He rubbed his temples and the headache’s raw edge faded. “What’s wrong Manfred?”

“Your father is waiting outside,” Manfred said. “He wants to speak with you right away. I told him you were sleeping, but he’s insistent.”

His stomach fluttered. “Thank you Manfred. Tell him I’ll be right there.” He sat upright letting the quilt fall away. With palm raised, a ball of white spirit drifted across the bedroom and settled a few feet overhead.

Soft light cut through the blackness casting a dim glow above his and Rika’s bed.

He rubbed at the ache spreading into his shoulders.

Supple fingers wrapped around his neck and squeezed loosening a knot. “Is it the headaches again?” Rika said, voice groggy with sleep.

He dropped his head and paused savoring the massage. “It’s nothing.”

Beside him, the bed shifted. Rika reached for his bare chest and pulled him into her naked body. “I told you to speak with Sir Alcott about those headaches. Come back to bed and I’ll rub your neck some more.”

He leaned over and kissed the tip of Rika’s nose. “I have to see what my father wants. I’ll be back in a few minutes. Sleep my love.” He untangled his legs from Rika’s and stood, leaving behind the warmth of their bed. He slid back the quilt careful to leave Rika covered.

Beneath ash piled in the hearth, orange coals glowed, but did little to cut through the bitter cold.

He tossed a couple of logs into the hearth and prodded the coals.

Hot flames leaped inside the hearth, and the frigid air retreated.

He slipped on pants, boots, and tunic then grabbed a fur cloak hanging from the bed pole. With a last glance toward Rika, he slipped through the bedroom door.

Connal stood before the common room’s hearth with palms out toward the fire.

He eased over the inn’s creaking floorboards and stopped beside his father.

“We’ve found Devery,” Connal said without turning to face him.

His pulse accelerated. “Where? Is he alive?”

“Put on your cloak,” Connal said and strode toward the inn’s double doors. “I’ll take you.”

On an icy flat, a campfire spit embers into the frigid night air, and a dozen mud-stained tents stood limp and wary. Glassy-eyed knights and guardians huddled around the fire. Their squires tended bits of blackened meat roasting in the flames.

Through enhanced vision Ronan scanned the camp. He leaned forward and spoke above the rushing wind. “I don’t see Devery.”

Connal’s wings beat back the early-morning air. Their descent slowed before coming in for a neat landing near the camp’s perimeter.

Silence fell over the camp while heads snapped up and tracked the war hawk’s landing.

Stiff sea air pricked his nostrils and the sound of crashing waves set him on edge. “We’ve reached the coastline?”

Had Devery reached Ripool? He leaned forward and strained to catch a glimpse of Bawold Stronghold. But, the cliff's edge and the moonless night conspired against him.

Connal’s talons clattered against the tundra. The prime guardian came to a stop a dozen feet from the campfire.

He dropped from Connal’s saddle and met the gaze of an approaching squire.

The squire stopped before him and stood at attention.

He loosened the straps on Connal’s saddle and turned to face Devery Tyrell's squire.

The teenager saluted. "Welcome to lead camp Your Majesty."

He offered the boy a short crisp nod before returning the salute. "Be at ease Alec. Where's Commander Tyrell?"

Connal shifted into human form and stepped in beside him.

Alec gestured toward the shadows beyond the campfire. "He's with the watchmen near the bluff Your Majesty. I’m to take you there straightaway."

He nodded. "All right then. Lead the way."

Alec turned and strode ahead passing a line of mud-stained tents and the campfire beyond.

Bleary eyes and dirty faces tracked his progress through camp. An awe-struck expression lit the face of a novice guardian perched on a flat rock. Two wide-eyed squires adjusting a tent pole stared at him with jaws agape.

He shifted his gaze downward and felt roaming eyes press down like an iron weight. He loathed the fame that followed him. At times like this, he missed his mother most.

A veteran knight with an ice-crusted beard gazed on him through haunted eyes. Beside the knight, steam rose from an untouched meal of pheasant and winter potatoes.

He squinted across the fire trying to place the battle knight. “Alec,” he said whispering over his shoulder.

The squire leaned in close. “Yes Your Majesty?”

“Is that Knight Harold Grieves?”

The squire glanced between him and the knight beside the fire. “Yes sir. Would you like to speak with him?”

Harold’s gaunt face and sunken eyes belonged to a stranger.

What happened to the affable instructor he remembered? What horrors had these men seen?

Over his shoulder Connal whispered. “Who is he?”

“Harold trained me in hand-to-hand combat at the citadel,” he said. “He was one of my favorite instructors.”

Knight Harold’s gaze locked on his.

Harold’s mouth opened as if to speak then stopped. The knight’s gaze shifted to the campfire.

He stepped ahead offering his hand to his former instructor.

He dropped his hand and stared at the knight unsure of what to say next. "What’s it been Harry? Three years? I’m glad to find you well."

Knight Harold bowed low before answering. "Thank you Your Majesty."

His gaze swept over the silent camp.

The soldiers around the campfire gawked in his direction. A long moment of awkward silence passed without anyone speaking.

Connal touched his shoulder and leaned forward. "Maybe we should go find Devery."

He glanced over his shoulder and back again. He tipped his head to the soldiers seated around the campfire. "Thank you." One by one, he scanned their dirt-stained faces. "All of you." He turned from the campfire.

"Your Majesty," Harry said from behind.

He paused then turned to face Knight Harold.

A nervous smile fluttered across Harry’s face. "The men." Harry gestured toward the gathered knights and guardians. "We've all heard about Freehold Your Majesty. I'm sorry if we've offended you. It's just…." The knight held still for several long moments.

"What you did with that shield. No man can do that. It's impossible."

"That may be," Harry said. "But some men, and not just us mind you. Some men are comparing you to Elan."

"Harry, that's crazy." He let go a short nervous laugh. "I'm not Elan. You've known me since my first year at the citadel."

"Crazy or not, it's all anyone can talk about." Harry nodded toward Ripool. "What with those…creatures swarming the city, I can't say I blame them."

A pencil-thin squire clad in leather armor stood on the campfire's far side. "By Elan's mercy, He's sent you among us. You can save us from those monsters, Your Majesty. Just like you did at Freehold with the dragons." The squire rounded the campfire and dropped to a knee before him. "I give my life in your name." The boy’s forehead touched the ground.

Antiques Disposal by Barbara Allan
All the Shiny Things: A Kate Reid Novel (Kate Reid Series Book 1) by Mahle, Robin
Down to Earth by Harry Turtledove
We Had It So Good by Linda Grant
A Princely Dilemma by Elizabeth Rolls
Ergan: Winter Valley Wolves #5 by Vaughn, V., Season Collection, Mating
Seasons of Sorrow by C. C. Wood
Passion Killers by Linda Regan
The Little Prisoner by Jane Elliott
Private Investigations by Quintin Jardine