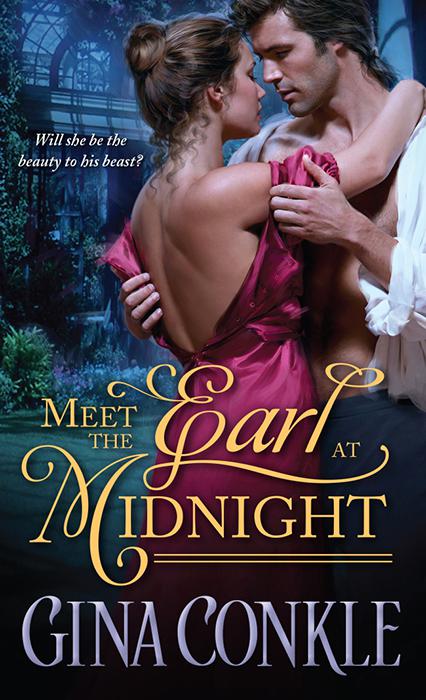 This one’s for you, Dad. You encouraged a quiet teenager to take risks and try new things.

Guess what? She did!

Don’t bargain for fish still in the water.

If a woman’s old enough to wear a corset, she’s old enough to know midnight meetings spell trouble. Lydia’s sleep-fogged brain weighed this undeniable fact against family duty. Of course, duty won. Why else would she be cocooned inside a shabby hack on a dark and blustery night? The quicker she extracted her stepbrother from his latest mess, the quicker she’d be cozy again in her warm bed. Bleary-eyed, Lydia peered at the Blue Cockerel. The inn’s shingle, a blue rooster cracked up the middle, squeaked a lively rhythm. The establishment was hardly worth a map’s mention. Worse yet, the driver stopped a long, puddle-filled distance from the entrance. Lydia glanced down at her best and only pair of buckle shoes; tonight, the limits of family loyalty would be tested.

Outside the hack, her stepfather, George Montgomery, protested the driver’s fare. His pockets always held dust better than coin. He groused and huffed but eventually dug deep for the requisite payment. That’s when he caught her eye.

“Look lively, gel. Storm’s kicking up…don’t have all night,” he snapped, wrestling down his hat against blasting winds.

“You asked for
my
help,” she muttered and exited the hack.

Icy gusts nipped her ankles. Shivering, Lydia pulled her short red cloak tightly about. This time the blighter went beyond the pale. After all, wasn’t he the one who pounded on her door, yelling she must come at once? Her trips to London were so rare, and she barely arrived two days ago. Why was her presence at this run-down spot so important? She hop-stepped from one cobblestone to another, piecing together fragments of what George had said on the ride over.

As a woman of four-and-twenty, she had shed that biddable nature long ago. Not that he would know. Sparse communication weakened already thin family ties. A heady dose of drowsiness kept her quiet; all the better to be done with this business. Her stepbrother stirred up trouble one way or another.

Then her shoe squished in some questionable muck.

“Lud, even the road isn’t decently cobbled.” She inspected the damage and foisted her skirts higher. “No need to ruin a hem on this fool’s errand.”

Right then, the heavens conspired against her. A shock of rain poured down on her head, thunder boomed, and Lydia rushed after George. He pressed a shoulder to the inn’s ramshackle door, and they burst into the common room.

Oh, a dying fire and a whiff of an unnamed, unpleasant aroma welcomed them. Lydia shook damp skirts and spied a boot wipe. The Blue Cockerel raised a notch in her estimation for offering the amenity. In the act of scraping one shod foot, she paused, her foot hovering over the bristled wipe. Old George’s eyes nearly bulged from his head. She followed his stare to shafts of light spilling from a poorly hung door abovestairs. Signs of life. Lydia righted herself and noticed his Adam’s apple bobbling up and down in the way of a nervous lad.

“George?” She touched his sleeve. “Are you well?”

“Well? ’Course…feel fine, fine.” He slid a finger inside his collar and craned his neck like some strange bird. “Let me do the talking, eh? All else fails, think of your mother.”

“
Mother?
” Suspicion edged her voice. “What’s she got to do with this? Aren’t we here to get Tristan?”

“We are. We are.” George doffed his hat to finger comb stray graying hairs, avoiding eye contact.

Footsteps, a steady cadence in blackness, drew her attention again to that cracked door. Lydia peered into the gloom, and uncomfortable cold penetrated her skin. A sylphlike figure paced back and forth, back and forth. The tiny hairs at her nape quivered from another kind of chill.

A large shadow. That monstrous shape, a floating specter, flickered past gaps in warped wood. Light slivered away when the figure moved. An occupied room at a public house shouldn’t cause concern, but she swallowed hard at the sound of those eerie steps. Someone abovestairs waited for them. This had to be a different kind of trouble.

“Let’s get Tristan and go home,” she said, her voice uneven.

“Right.” George tugged at his waistcoat and kept a cautious eye on that door. “Remember, be on your best behavior.”

Lydia grimaced at George’s back but followed him up creaking stairs in silence, doing her best to stave off worrisome nerves. How odd, this place. Everywhere, tables heaped with dirty dishes and half-empty tankards of ale, as if someone cleared the inn on a moment’s notice. A pair of beady-eyed rodents, bold in their watch, hunched over a crust of bread. Lydia hugged her cloak tight, unable to shake the haze of being off center and ill placed. Even more, she was poorly prepared. In her haste, she failed to comb her hair or don a corset. Though well covered, she squirmed at that brazen fact. As she took a bracing breath, the room’s odor assailed her again.

“Ugh, sour rags.” She pressed a hand under her nose. “That’s the horrible smell.”

Somehow, identifying that mundane lack of housekeeping helped her calm.

“Why? Are we insulting the rats?” She rolled her eyes.

“Enter,” a male voice called from within.

A push against warped wood, and metal hinges whined their slow, high-pitched complaint. The door swung wide. Strangers—two men, tall and rather large—occupied the tight space. Tristan was nowhere in sight. A narrow, rumpled bed stretched vacant and forlorn. That alarm went off in her head again, yet George stepped into the room and waved her to follow. Lydia stepped past the threshold, and her inquisitive nature shushed those warnings for a better look at what she found inside.

A huge, sun-bronzed man leaned beside a tiny window, as nonchalant as you please. Her jaw dropped at the sight of him. Bald as an egg, he was, and sporting a full beard with three little braids to boot. A gold hoop gleamed from his ear. A pirate? Or a ruffler? He brought to mind those beefy men who roamed unsavory streets, smashing heads first, asking questions later, though he was nattily dressed in ruby-red velvet under his frock coat. Despite her best manners, she gaped.

Ah, but the other man was more mysterious, what with his collar flipped high and tricorn pulled low. A plain, oiled cloak covered him from his face down to his battered boots. A slit of eyes was the only sign of humanity. Any moment now, Lord Mysterious, a highwayman for sure, would brandish a musket, and they’d be done for.

“Montgomery,” the cloaked man greeted George and gave her a fleeting look.

“Milord.” George, hat in hand like an errand boy, spoke to Lord Mysterious but jabbed a thumb at her. “I’ve done as we agreed and brought her, but I haven’t yet broke the news to…to her mother, leastways. There’ll be hell to pay, if you know my meaning. Women can be all weepy and such about these things.”

“Your parley with Mrs. Montgomery is no concern of mine,” said Lord Mysterious.

For a highwayman, he spoke rather well…and George did address him as
milord
.

What was this again about her mother? And where’s Tristan? Lydia hugged herself for warmth and inched closer to the door’s shadows. George failed to inspire confidence the way he wiped his forehead and squirmed. She couldn’t be sure if that was sweat or rain on his face.

“If I may, milord, you’re a reasonable man. I was wondering, really, that is, I was thinking there must be another way.”

“Another way?” The cloaked man’s voice held a soft, menacing note. “You came to me with this bargain.”

Bargain? What bargain?
Her head snapped to attention. Lud, but she should’ve pressed for details. The unsettling way her stepfather kept curling and uncurling his wide-brimmed hat didn’t bode well.

“If you could find a mite of forgiveness…maybe give me some time to find another remedy?” George spread his arms in supplication. “Lord Greenwich, please…surely, in your youth, you’ve done some reckless deeds—”

The cloaked man was none other than one of England’s highborn sons, and Tristan and George’s employer. Her sigh of relief was loud enough that both strangers glanced her way.

Tristan’s in a pickle if nobility’s involved, but at least they weren’t in the company of common thugs. All things considered, a rare view of the eccentric Earl of Greenwich made the midnight rouse worthwhile. The men conversed in low tones, and Lydia indulged her curiosity, blatantly staring from the folds of her hood. Shameless behavior, of course, but why dither over that? Any woman in her shoes would do the same.

The
Phantom
of
London. Enigma Earl. The Greenwich Recluse.

You had to be hiding in a cave to have not heard one of those infamous monikers. A scientist of note, he vanished a few years past from the public eye. Broadsheets claimed he never ventured out in the light of day. People whispered of a carriage bearing the Greenwich coat of arms, an ominous black conveyance tearing about Town, curtains drawn. Some said the earl suffered from madness. Some said he was stricken with a hideous, disfiguring disease. These silly stories came to mind because she read them to Great-Aunt Euphemia, who thrived on a steady diet of gossip pages.

Lydia pushed back her hood a fraction for a better look at London’s favorite phantom. When he raised his head, she glimpsed dark eyebrows and strands of gold-brown hair framing what must be his face hidden behind the collar. Apparently, the
Enigma
was blond. She smiled, recalling the whimsies of Town chatter when it eventually made its way to humble Wickersham. Shrouded as he was, one could see why so many peculiar assumptions abounded. Truly, George conversed with a slit of eyes. At that picture, a yawning laugh escaped her.