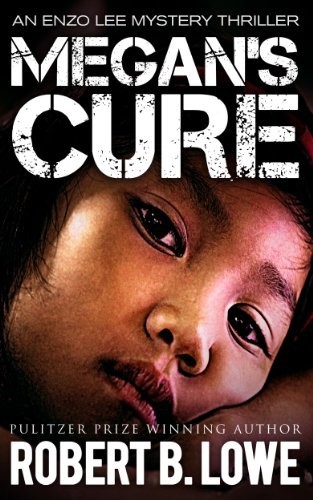 “
A thriller with an ideal fusion of wile and wit.”
– Kirkus Reviews

His characters are highly imaginative, believable, and enjoyable.” – D. Montgo

“In Enzo Lee, Lowe has given us
a great character we could follow through anything
.” – R. Gillispie

“Lowe’s writing style is both engrossing and informative lending to the believability and integrity of the story.” – Kindle Book Review

“He does an excellent job describing San Francisco. You really get a feel for the city, the region and the people who populate it as the story unfolds.”

By Robert B. Lowe

All rights reserved. Except as permitted under the U.S. Copyright Act of 1976, no part of this publication may be reproduced, distributed or transmitted in any form by any means, or stored in a database or retrieval system, without the prior written permission of the copyright owner.

The characters and events in this book are fictitious. Any similarity to real people, living or dead, is coincidental and not intended by the author.

Dedicated to my daughters Chenery and Halle.

LUCY QUAN FINISHED her peanut butter and honey sandwich, licked the last of the sticky residue from her fingers and giggled across the picnic table at her best friend, Megan Kim.

When she swung her legs over the bench, stood up and gave a little wave to Megan – still eating fried rice out of the wide-mouthed thermos that came inside her battered Dora the Explorer lunchbox – Lucy didn’t need to explain where she was going.

After two years sharing classes, lunches and walks to school and back home again, both girls knew Lucy was making her usual quick trip to the girl’s bathroom.

A careful observer would have been able to set his watch by the event – 14 minutes before the bell signaling the end of lunch.

Lucy walked down the pathway between the tall chain-link fence and the 30-year-old, two-story school with beige, brick walls and oversized windows.

Just before she reached the corner of the building, Lucy turned back and glanced at her friend.

She saw Megan looking away from her in the opposite direction, toward the street that ran along the side of Langford Brice Elementary School.

He stood on the sidewalk with his hands resting on the waist-high fence.

Megan seemed to be talking to him across the 20 or 30 yards that separated the two.

It was odd enough to cause Lucy to stop, just for a second, before turning the corner with a flip of her ponytail and continuing on her mission.

She rushed her trip back, disturbed by the change in routine – the strange man – even as she tried to assure herself with innocent scenarios.

Maybe he was just someone asking for the best way into the principal’s office.

Or wondering about the name of the school.

Lucy’s heart beat faster than normal when she turned the corner.

At the empty table she saw Megan’s lunchbox packed and sitting with the handle up.

Dora’s smiling face on the side seemed to be asking her, “Why did you leave?”

Lucy quickly surveyed the other half dozen tables and the yard of the school that held them.

She saw that Megan wasn’t among the 50 or so other children sitting with their lunches or playing kickball and four square.

Lucy knew she was prone to overreacting.

Of the pair, Megan was the cool and confident one who reeled Lucy back to earth when she panicked too soon or jumped to hasty conclusions.

She tried to control her breathing as she slowly walked from the picnic table to the place on the sidewalk where she had seen the man.

Lucy stopped at the fence and looked all around her.

She scanned the ground, the sidewalk beyond the fence and the thick grassy strip that spilled onto the sidewalk and the asphalt road beyond.

Cars sat empty on the street.

The other kids began moving back to their classrooms.

Lucy was in a daze.

Maybe Megan had gone back to class early for some reason and just left her lunchbox.

The yard was empty when she got back to the picnic table and picked up Megan’s lunchbox.

In her heart, Lucy knew before she entered Mrs. White’s fifth-grade classroom that Megan’s seat would be empty.

Her fear of overreacting was replaced now by sheer dread.

She sat the lunchbox on Megan’s desk, Dora’s face down.

She took her seat across from Megan’s and placed her hands flat on her desk.

Then she peeled them off the faux wood grain made sticky by the humidity, wrapped her arms tightly around herself and stared down at her lap.

Mrs. White was writing something on the chalkboard.

After a minute she stopped and turned.

Her eyes swept the class.

Lucy felt her chest constrict until she couldn’t breathe.

Her face crumpled and tears quickly ran down her cheeks to her chin.

She continued to hug herself, struggling to get air into her lungs.

In a moment, Mrs. White was at her side, kneeling down, enveloping the 10-year-old who wept on her shoulder.

The teacher glanced around her.

Sitting near the door, Mrs. White saw the red-headed boy who was two inches taller than anyone else in the class and looked three years older, although he was only 11.

Lucy fought to get the words out.

Like the rest of the class, Jack stared at them.

He was frozen in place with his hand on the knob of the half-opened door.

The teacher locked her eyes on those of the tall red head.

POLICE CHIEF CLIFF Davidson placed his elbow on the picnic table, scratched his jaw and realized he had forgotten to shave the left side of his face eight hours earlier.

It was the least of the balls he had dropped in the past seven months.

Before Katrina, he had felt reasonably in control of the Gulf Coast town of Bayou La Batre, his 18-person police force and his life.

Two days in late August had changed all that.

When the sea receded and the skies cleared, 20 of the shrimpers that provided the economic lifeblood of the town had been washed up on the scrublands along the Gulf.

A few of the boats still were there.

Half of the housing in the town of 3,000 had been destroyed or battered until it was no longer fit for human habitation.

Luckily, the early warnings and the long history of hurricane devastation along the Gulf Coast had chased every sane person to higher ground so the death toll in the immediate area was minimal.

But, the mess, the dislocation…the sheer havoc wreaked in everybody’s lives still reverberated throughout the town and the entire region.

Half his force had quit, most abandoning the area to be near helpful relatives or at least somewhere with an unbroken economy and functioning infrastructure.

Davidson let the teacher ask the questions for him because the girl, his only real witness at this stage, was so distraught she seemed on the verge of shutting down entirely.

He guessed that her family and that of the missing girl had emigrated from Vietnam, Laos or elsewhere in Southeast Asia over the past two decades.

Almost all of the sizable Asian community in his small town, drawn by the familiarity of the local fishing industry, traced their roots to that part of the globe.

Maybe the girls’ families worked the boats or were employed in the shrimp, crab or oyster plants.

He recalled the summer a decade earlier when – hard up for cash – he had spent weekends moving mountains of oyster shells from the plants to vacant lots around the area.

Even with a damp bandanna tied over his nose and mouth, the stench had nearly killed him.

Every movement of his pint-sized bulldozer had unlocked a thousand stinking pockets of decayed raw shellfish.

Just thinking about it made him nauseous.

For him, one level of Hell would be spending entire days inside a plant, picking the meat out of an endless progression of oysters or even crabs while bathed in the hot, humid odor of shellfish.

Maybe the families had moved up the economic ladder to run the small groceries or restaurants in town.

He’d know those details before the end of the day.

At 55, Davidson was eligible for retirement in three months and would be entitled to three quarters of his pay.

But, he knew he’d delay it for at least a year.

He couldn’t leave the department short staffed and the community flat on its back.

It just wasn’t his nature.

As it was, he was out here today because all his veterans had left.

Davidson had been divorced for five years now, and had lived alone since his only kid left for college two years earlier.

He needed to stay busy but the past months had taken him far past his ideal level of activity.

Maybe one day he’d kick back, take up fishing and move back to Pensacola where he still had some family.

Across the street from where he sat, he could see two of his officers, banging on the doors of houses that fronted the school, interviewing the residents.

Both were sweating through their shirts in the unseasonably warm weather as they moved slowly from bungalow to bungalow. They spoke first through the louvered windows that covered the fronts of most of the homes until the occupants opened their front doors.

Had they noticed anything amiss?

Had they seen an older man with white hair splayed out, maybe wearing brown pants and a work shirt?

Had any unusual cars parked in the neighborhood earlier in the day, or any other time recently?

Had they noticed leaving the school grounds a petite, 10-year-old Asian girl with bangs, short hair, turquoise pants, a purple shirt and a killer smile?

In the pre-Katrina era, Davidson might have gone all out.

Call in the television stations from Mobile and New Orleans.

But, he, his department, the town, the entire region and all the press still were reeling like punch-drunk fighters.

This was looking bad.

But, the nearly 2000 deaths on the Gulf Coast from the hurricane had been bad, too, not to mention the $100 billion in damage.

Hundreds of thousands had seen their homes flooded, lost jobs or uprooted themselves to start over.

It was all too much.

Davidson closed his notebook and wriggled out from the picnic table.

He liked to joke that his hair growing ability had shifted to the Deep South, from the top of his head to the bottom of his chin.

He heard more than felt the crunching in the knee joint that he knew would have to be replaced with molded pieces of new-age plastic in the next five years.

He grunted involuntarily as he stood up straight, threw his shoulders back, put his palms against his back and stretched out most of the stiffness in his back.

What in God’s earth had happened to Megan Kim and how was he going to find her?

A place still numb from the pounding of bad news didn’t need this at all.