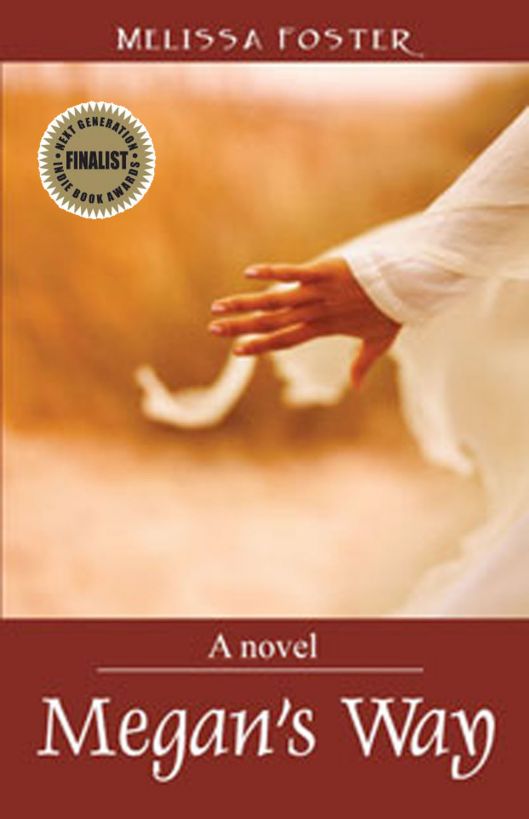 This is a work of fiction. The events and
characters described herein are imaginary and are not intended to
refer to specific places or living persons. The opinions expressed
in this manuscript are solely the opinions of the author and do not
represent the opinions or thoughts of the publisher. The author has
represented and warranted full ownership and/or legal right to
publish all the materials in this book.

This book may not be reproduced, transmitted,
or stored in whole or in part by any means, including graphic,
electronic, or mechanical without the express written consent of
the publisher except in the case of brief quotations embodied in
critical articles and reviews.

For Hilde Alter, my mother, who taught me
that I could do anything I ever want to do by never giving up. For
my husband, for believing in me even when I didn’t believe in
myself; and for my children, who have graciously accepted my nose
in the computer and my fingers on the keyboard for far too
long
.

A
Conversation With Melissa Foster

Megan and Holly ran, weaving their way
through the crowds of the carnival and hollering to hear over the
thick cheer that permeated the festive evening. Two teenage boys
looked them up and down as they passed. Megan yanked Holly by her
arm and pulled her into a long shadow cast by the colorful lights
that illuminated a rickety roller coaster. They huddled together,
giggling. A moment later, the roller coaster whooshed by, sending
them scampering through the mass of carnival-goers, engulfed in
uncontrollable shrieks of laughter.

A small red tent with a psychedelic sign that
read “Psychic Readings! See Your Future! $3!” caught Megan’s
attention. She dragged Holly to the entrance, and they peered into
the smoky gloom as they parted the curtain of stringed glass beads,
which clinked and jingled as they were pushed to the side.

Holly pulled at Megan’s sleeve, “Let’s get
out of here.”

Megan distractedly shrugged off Holly’s hand.
She was mesmerized by the rush of the unknown, spellbound by the
eccentric woman sitting within the darkened tent. A chill ran up
Megan’s spine. The woman looked into her eyes and beckoned her
forward. Megan reached behind her and grasped Holly’s hand, pulling
her into the tent against her will. She reached into her pocket
and, barely able to take her eyes from the old woman’s, fumbled to
count her money and then shoved six crumpled dollar bills into a
glass jar that sat on a pedestal by the entrance.

The cacophony of the rides and the crowds
seemed to fall away as a hushed stillness closed in around them,
save for the crackle of the flickering flames dancing on their
wicks. The girls’ hands trembled. They were equally scared and
excited by the mystical old woman shrouded in veils. Several
bracelets clanked and dangled from her thick wrist as she motioned
for them to sit around the small round table. They startled when
the old woman grabbed their hands with her rough, plump fingers,
then she slowly and dramatically closed her eyes.

Her hands tightened around theirs. The woman
gasped a deep breath, and her body raised up and back, as if she
were being pushed against the back of her chair. She held her
breath, then let it out in a rush of air. Her hands fell open,
releasing theirs. Her shoulders slumped forward, and her head
followed.

Holly snapped her head in Megan’s direction
and mouthed, “What the hell?”

The woman opened her heavily-painted eyes,
which grew wide and laden with concern, and stared into Megan’s
eyes. Megan felt riveted to her chair. The woman reached across the
table and touched her hand, sending a jolt of energy up Megan’s
arm. Megan pulled her hand away, frightened. The woman whispered to
her, “Ah, High Priestess, my teen querent. She will need you, and
you will know.”

Megan’s legs trembled, her heart pounded in
her chest. Her breaths came in short, clipped bursts. She and Holly
turned wide, scared eyes toward each other. The woman moved her
vision to the space between Megan and Holly. “Three of Swords
pierce a heart. Against the background of a storm, it bleeds.” She
closed her eyes again, and whispered, “I see death.” Her eyes
slowly opened and she squinted, as if she were watching a scene
unfold of a different time and place, her eyes darting without
focus. Then seeming to recite, she intoned, “Blood or poison will
come: Transformation—passage—truth.”

The girls reached for each other’s shaking
hands. Holly’s eyes welled with tears, her head visibly shook.
Megan remained focused on each word the old woman said, unable to
turn away.

The psychic turned those same concerned eyes
to Holly. They glazed over with a look the girls could not read.
Fear? Hatred? Understanding? She pointed a long, painted fingernail
at Holly and hissed, “Judgment asks for the resurrection to summon
the past, forgive it, and let it go.” She lowered her hand and
said, “One will be released,” then quietly, under her breath, “and
returned after death.”

After a moment of panicked silence, the girls
stood, sending their chairs flying askew. Then they fled, running
fast and hard into the chaos of the carnival, caught in a frenzy of
fear and hysterical laughter.

The psychic screamed into the night behind
them. Her words trailed in their wake and echoed in Megan’s ears
for days, “With this spell, I empower thee. I empower thee!”

Megan steadied herself against the cold
porcelain sink, hoping the morning’s nausea would subside and
trying to strengthen herself for the tough decision that had been
wreaking havoc with her mind lately, and the choice that lay ahead.
The familiar
Tink
, pause,
Tink
, pause on her bedroom
window drew her attention. A confused cardinal had repeatedly gone
beak to glass in recent weeks, as though trying to rouse her. As
she tried to calculate the number of times she’d also awakened to
nausea, the familiar surge of bile rose in her throat.

She clung to the toilet as if it were a
security blanket. The smell of last night’s dinner still wafted in
the air, sending her body into convulsions of dry heaves.
Great
, Megan thought as she grasped her stomach. She looked
up at the ceiling,
What the hell am I going to do now?

Megan heard the drama in her voice and closed
her eyes against her growing frustration. She knew that particular
scream, the self-centered, in-a-hurry, where’s-my-stuff scream. She
did not have the patience to deal with Olivia’s drama on this
particular morning. She grabbed hold of the sink and pulled herself
up. Her stomach lurched again, causing her whole body to clench.
She prayed for some relief as Olivia’s voice came screaming at her
again.

“What!” she snapped back. She wished she
could have been more patient with Olivia, but at that moment, she
was overtaken by exhaustion, confusion, and anger. She wanted to
kick something, to cry, to scream until she no longer had a
voice—but her body was too tired to do any of those things. She had
to pull herself together and get through the day.

Megan rinsed out her mouth and averted her
eyes from the sheet-white face that reflected back at her.

“Never mind!” Olivia yelled from the hall.
Her voice carried lightly, the tension from a moment ago gone.

Thank God
, Megan said to herself. She
made her way back to her bed and lay down, pulling the blanket over
her head to shut out the light—and maybe life—for a moment. Olivia
bounded into the room and jumped onto Megan’s bed a few minutes
later. “Come on. We’re going to be late!”

The flea market!
Megan stretched her
small frame and lowered the covers, revealing her mass of dark hair
and a feigned wide smile. “Okay, chill, I’m up. I can’t believe you
are, though.”

Olivia laughed and made a beeline to her
mother’s closet. “C’mon. What are you going to wear? Can I wear one
of your scarves?” She wrapped a silk turquoise scarf around her
slim neck, and turned to see the effect in the mirror. A smile grew
across her face. “Please? I promise I won’t ruin it.”

“It does look pretty on you,” Megan managed,
pleased that Olivia’s earlier exasperation had faded.

“Oh, thank you!” Olivia wrapped her arms
around Megan. She withdrew and scrunched her face, “Geez, Mom,
you’d better get ready. You look awful.”

Megan felt a pang in her heart. She had liked
it better when Olivia had been ten years old and had believed that
even at her worst she was still the most beautiful mom in the
world—but Olivia was right, she did look like hell. She felt like
hell, too, and was in no mood to be told how awful she looked. She
pointed to the door, silently ordering Olivia out of her bedroom so
she could shower. Olivia rolled her eyes and flounced out of the
room. Megan turned and sighed, relieved to have a moment’s peace.
She walked past the piles of books she was considering reading,
past the wicker hamper overflowing with dirty clothes, and across
the thickly-piled shag rug that covered only the center of the
hardwood floor. The changing of hardwood to cold ceramic sent a
shiver through Megan. She closed the bathroom door and caught a
glimpse of herself in the mirror. Fine lines defined the edges of
her mouth, drawing the ends downward, making her cheeks appear dull
and drawn. She raised her eyebrows, and deep creases streamed
across her forehead. Her exhaustion was evident. The face that
stared back at her looked closer to fifty than thirty-eight. She
wondered where the supple skin of her youth had gone, and how it
had changed so fast. She turned away in disgust, summoning energy
for the day ahead.

The radio played lightly in the background as
Megan and Olivia worked around each other to prepare their
breakfasts. Olivia hummed.

“What are you having?” Olivia asked.

“The usual, probably,” Megan smiled. “What
are you having?”

Megan picked up on the flat tone of Olivia’s
normally perky voice.

“Hm, I think I’ll have toast, actually, with
jelly.”

Olivia stood with her back against the
counter, bowl in hand, and watched her mother.

“Yes, that’s it,” she paused, turning to look
at her. “Olivia, is something wrong?”

Olivia stared into her bowl, her lips
pursed.