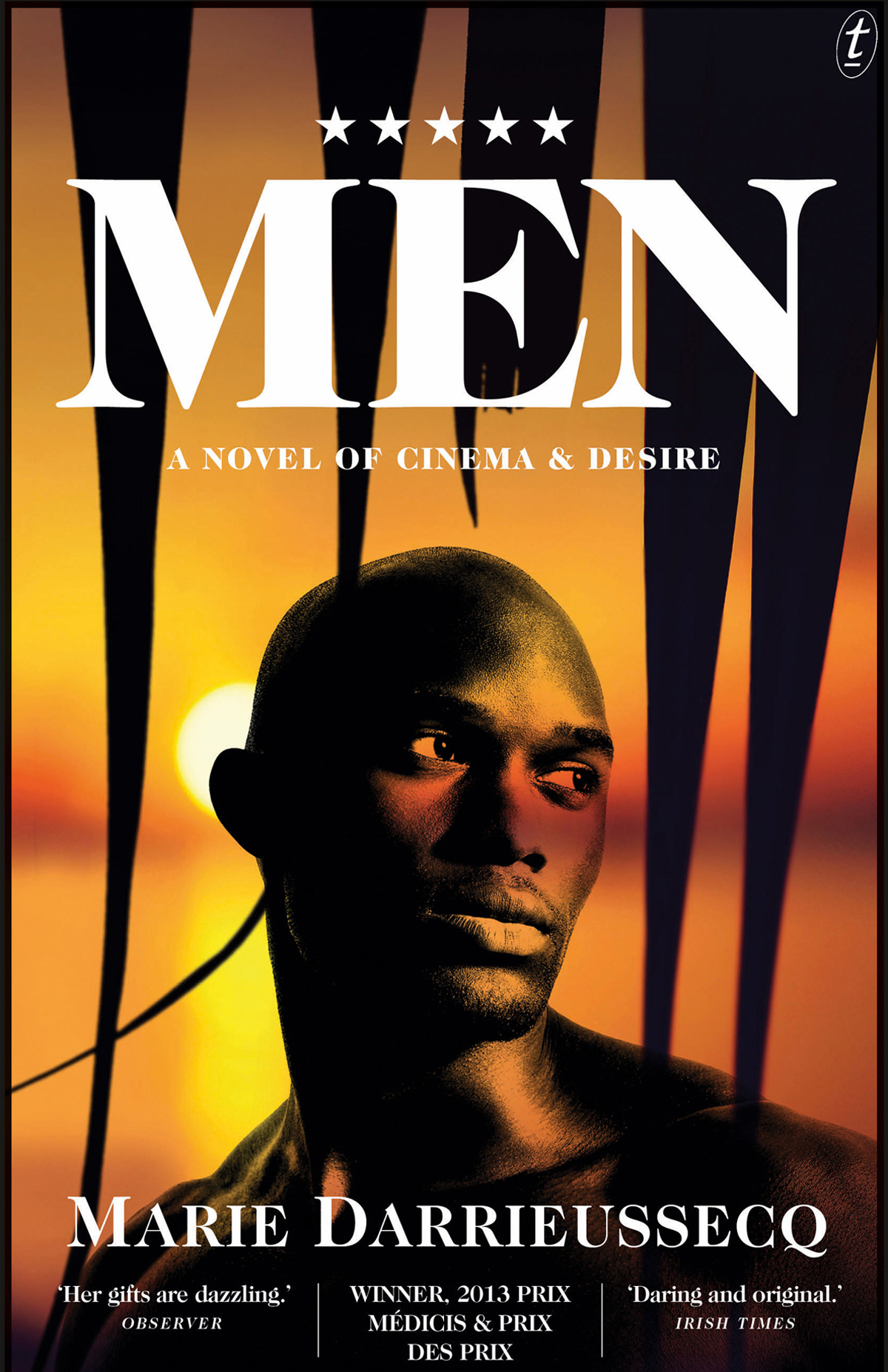 âMarie Darrieussecq brilliantly explores female anxiety about the masculine, and the desire for the masculineâalways such a mysterious thing for a womanâwhether he is black or white. This radical otherness takes us to the heart of what it means to be a woman.'
TÃ©lÃ©rama

âFrom Los Angeles to Cameroon, via Paris, Marie Darrieussecq's novel is constantly on the edge of the fictional and the documentary. Romantic and creative passions merge with political and ethical visionsâ¦The character of Solange is the embodiment of a desire to grasp everything, in the intensity of the momentâand the same spirit animates Marie Darrieussecq's writing.'
Le Magazine LittÃ©raire

âThe issue of otherness is crucial, as is that of the couple. Are the characters a couple, or are they just the sum of one another? This novel and its romance is a surprise from Marie Darrieussecq, but she proves herself to be, as ever, a socially aware writer.'
Paris Match

âThe film shoot in Cameroon is a piece of bravura writingâ¦ pages that take your breath awayâ¦Jungle fever, the attraction between people from different racesâis the jungle here metaphoric or real?'
Le Nouvel Observateur

âDarrieussecq revisits the clash of civilisations, of two worlds, one supposedly civilised, the other immersed in the heart of darknessâ¦Without a single clichÃ© or platitude, this novelist chooses to contrast a mythical Africa with that of harsh reality.'
Jeune Afrique

âIf it weren't for her prose, which is like a brooding snakeâsharp, sometimes dissonant, twistingâMarie Darrieussecq's new novel would remind you of one of those slice-of-life films, ultra anti-romantic, no emotional clap-trapâ¦And this novel is all about the cinemaâ¦It's a novel-film.'
Le Point

PRAISE FOR MARIE DARRIEUSSECQ,
TOM IS DEAD
AND
ALL THE WAY

âThere are few writers who may have changed my perception of the world, but Darrieussecq is one of them.'
The Times

âThe internationally celebrated author who illuminates those parts of life other writers cannot or do not want to reach.'
Independent

â“To say what is not said, that is the point of writing,” claims Darrieussecq. And that is exactly what this novel,
All the Way
, does as it shatters taboos, over-simplifications and affectations.'
Le Magazine LittÃ©raire

âI absolutely adored this account of a sexual awakening.'
L'Express

âPreoccupied with what is both strange yet familiar, this clever novel,
All the Way
, is both personal and universal âand without the slightest trace of sentimentality.'
LibÃ©ration

â
Tom Is Dead
is powerful; when one has finished reading it one feels it absolutely needed to exist.'
Nancy Huston

â
Tom Is Dead
is mesmerising and deeply rewardingâ¦. impressive in its evocation of vastly different worlds and lives.'
Australian Literary Review

âDarrieussecq is as daring as she is originalâ¦ a singular new voice.'
Irish Times

âAnother astonishing work by Darrieussecq.
All the Way
is a stunning achievement.'
M
. J.
HYLAND

âI love the way Marie Darrieussecq writes about the world as if it were an extension of herself and her feelings.'
J.M.G LE CLEZIO
, Nobel Laureate for Literature 2008

âAs ever, Marie Darrieussecq is a step ahead.'
Sunday Telegraph

â
All the Way
is a darkly comic work that is likely to cause outrage and indignation from the usual quartersâ¦Darrieussecq highlights literature's ability to explore the dark corners of our own collective box of secrets, in which children are neither as naÃ¯ve nor as oblivious as we wish to believe.'
Monthly

âExplicit, funny and unsentimental,
All the Way
captures what it's like to be underage and out of your mind with desire. Darrieussecq is a sublime writer with real insight.'
Sydney Morning Herald

âAt the heart of her gripping new novel is the thorny territory of adolescence and its raging loneliness, as a young French girl determines to go all the way sexually. The beautiful translation succeeds in capturing the nuances of the protagonist, the ultra-sensitive Solange, and her kaleidoscope of teenage thought and emotionâ¦Darrieussecq's storytelling keeps the reader engaged all the way, too.'
Australian

âThe French
enfant terrible
Marie Darrieussecq has been much overlooked in Anglophone circlesâa scandal.'
The Times

âA sharp, funny and honest description of a girl coming to grips with her blooming sexuality.'
Herald Sun

âDarrieussecq is not afraid to break social taboos, nor does she flinch from the utter selfishness that accompanies adolescenceâ¦sad, funny and challenging.'
Otago Daily Times

âIn
All the Way
, Darrieussecq dissects with anatomical precision the climate of small-town France in the 1980s, with its strange mix of sexual openness and the continued prevalence of a particularly French brand of chauvinism and racism, all coloured by the disappointment of a generation that came of age in 1968, the promised revolution having faded almost completely, leaving nothing more noble than a petit bourgeois sensibility.'
Times Literary Supplement

MARIE DARRIEUSSECQ
was born in 1969 in Bayonne, France. Her novel
Pig Tales
was published in thirty-four countries. She lives in Paris. Text has also published
Tom Is Dead
and
All the Way.

PENNY HUESTON
is an editor and translator. 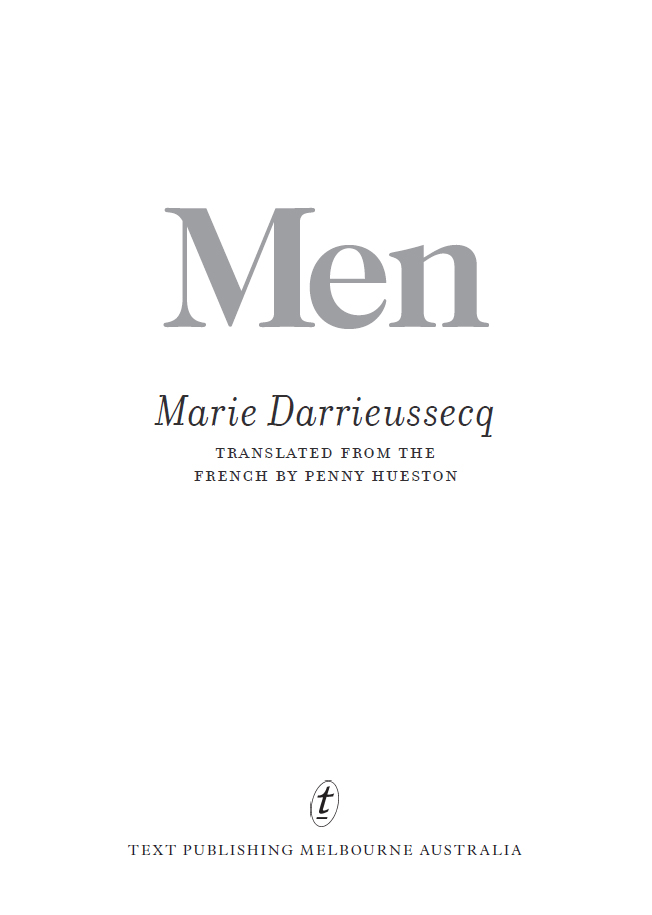 This book is a work of fiction. Any references to historical events, real people, or real locales are used fictitiously.

The moral right of Marie Darrieussecq to be identified as the author of this work has been asserted.

The lyrics of songs appearing in the text have been left as the author remembered them for the writing of this work of fiction.

This edition published by The Text Publishing Company in 2016.

translated from the French by Penny Hueston.

âWe have to love men a lot. A lot, a lot. Love them a lot in order to love them. Otherwise it's impossible; we couldn't bear them.'

âOver the ocean, so they say, beneath the sky, and far away, there is a town of mystical renown and on the evening breeze beneath vast dark trees all my hope flees'

You go by sea and reach a river. You can take a plane, of course. But you reach a river and you have to enter the river. Sometimes there's a port, and cranes, cargo ships, sailors. And lights at night. A port on the habitable section of the delta. After that there's no one. Only trees, as you head up the river.

He was a man with a big idea. She could see it shining in his eyes. His pupils coiled into incandescent ribbons. She sank into his gaze to follow the river with him. But she didn't believe in his project. It would never happen for real. Does anyone ever make it to the Congo?

That was the thing about him: he was a problem. And his big idea cost too much money. Expected too much from too many people. And for her the big idea was like another woman in his life.

âFrom brooding too long on the Congo/ I have become a Congo resounding with forests and rivers/ where the whip cracks like a great banner.' He read to her from CÃ©saire. Who was not her favourite writer. But who left us some decent pages, there's no denying it. And who was black,
which carries some weight. Arguably. From then on, she came from there, too. From an impossible, cataclysmic, teeming country.

Every morning she woke up afflicted with a skin disease. Her shoulders, her breasts, the insides of her arms, anything that came in contact with himâher skin was ruptured with an embroidery of encrusted lines that were spreading. She rubbed and scrubbed but they didn't go away. She showered but the water made no difference, and in the mirror she could see, beneath the skin, patterns of narrow tunnels, of delicate, hollowed-out pearl necklaces.

Even the make-up artist couldn't do anything for her. And she was supposed to play the role of the diaphanous French woman, no tattoos, no marks. You can't see your own face. Nor your back, granted. If you twist around, you catch a glimpse of shoulderblade, a bit of collarbone and the small of your back. But you carry your face in front of you like an offering. He saw her. She only saw herself in films or in the mirror. That flawless face, on which marks were even more visible.

And who was he? An actor like her, supporting roles, not that well knownâhis face was familiar, but not his name, which was hard to pronounce. If he had a radical streak in him, it manifested itself in his determination to keep his nameâto make a career with a name like that. A name that she, too, would have liked to go by. She imagined combining it with her own typically French first name, Solange.

He didn't like her looking at him when they made love. If she opened her eyes, he went
shhhh
. She shut them again; she went back inside the red darkness. But she had seen his face, overcome with emotion, his cheeks radiant, the sweat on his cheekbones, like tears. And his eyes fixed on her,
shhhh.
Two black pinpoints, staring out from under his eyelids, his Chinese eyes, two slits, beneath his triangular forehead.

She remembered his beauty geometrically, but who was the man in the photograph? Who was the man whose picture was in all the Hollywood gossip magazines? Who was the man who used to look at her, who, in her memory, is looking at her now? Her skin no longer bears any trace of him, only the imprint of time, the scars from film shoots that she seems to have dreamt up. 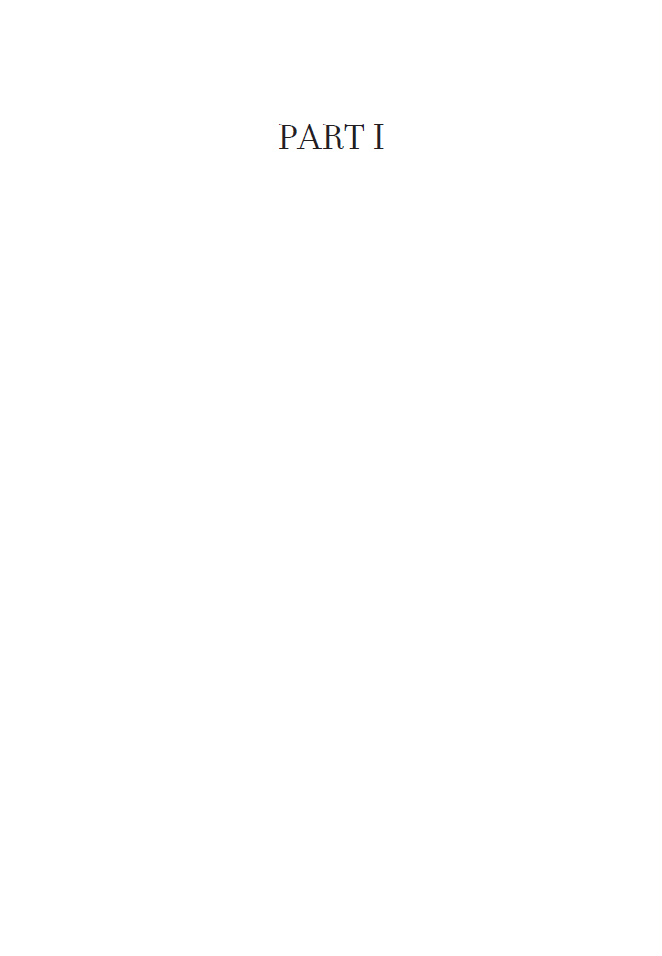 Deal Me Out by Peter Corris
Regina Scott by The Rakes Redemption
Feral (The Irisbourn Chronicles Book 1) by Victoria Thorne
In the Moon of Red Ponies: A Novel by James Lee Burke
The Girl They Sold to the Moon by Chris Stevenson
Sealing the Deal (Business and Pleasures) by Lovecraft, Valentina
Return of the Assassin (Assassin Series 3) by Blake, Russell
Ice Magic by Matt Christopher
The Quiet Twin by Dan Vyleta
One With the Night by Susan Squires