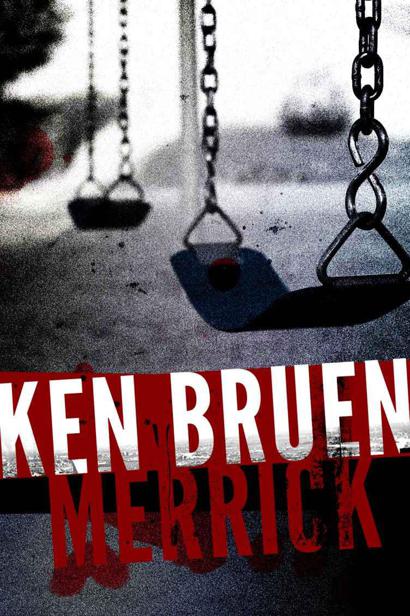 All rights reserved. No part of this book may be reproduced or transmitted in any form or by any means, electronic or mechanical, including photocopying, recording, or by any information storage and retrieval system, without written permission from the publisher, except where permitted by law.

…….LET ME INTRODUCE MYSELF

Whoa…..hold the phones there pal

I love kids, I mean, I really do

Boys, between five and six……ah, bliss

You think they don’t love me back

That whimpering they make after, that’s like………purring

Had one cherub, after a particular strenuous workout, he licked my hand

Society is all bent out of freaking shape

They hunt us down, treat us like animals and why, because they cant make that

transcendence, that leap to pure love

And back up compadre, before you start trotting out clichés, an abused child, I object to

the term
abused
by the way but to stay in your narrow frame of reference, the gospel

Fucks sake, focus, pay attention, you might learn something

Mine and yes, once I have them, they are my property, they wont become
abusers

Because I kill them

Every gorgons angelic one of them

I’m coming for your little darling

After I’ve imitated them into man love, what on earth can top that so I save them the

A celestial choir of them, beaming down on me

Let them think there’s a psycho out there

Me, I’m the sanest guy you’ll ever meet

That is the scary bit

Whoops, gotta hustle, I hear my latest acquisition in the basement, pleading his little

heart out, he wants it, and he sure is going to get it

THE POWER OF TWO.

I’d left Ireland under the fooking proverbial cloud, though cloud is putting it mildly

I’ve been a Garda siochana….translate as literally, Guardian of The Peace

I was born and reared in Galway and so, I was stationed far from me home

In jig time, I lost

Till then, I swear to god, The Guards had a fine rep. Liked by the general populace and

how many countries does that occur in

I was young enough then to think I might be effective

I know about the frame and Hands up, I wasn’t actively involved but I did know about it

and yeah, I took a handout. I’m not proud of it and sure paid the freight.

That is what they call, silent affirmation

See the learned vocabulary I have, been poring over the Reader’s Digest in an attempt to

The fall out was biblical

Top officers were up on charges but yeah, they’d get severe reprimands and be allowed to

retire with their pensions intact

Us grunts got shafted, big time

Fired and no pension

One of me mates hanged himself

Me, I legged it

Out of self pity, loneliness and rage, the lethal Irish trinity

I missed me wife

Oh sweet Jesus, did I ever

She dumped me when I got canned

That shrives me heart

And I guess, always will

Not cos I wanted to but had to

One fierce cold Feb night, I was a t a loss as usual and decided to go and sing some jars,

Hadn’t been out for brews for a time and I’d build up a thirst, headed for a bar in

Brooklyn that had a jukebox, played the hit of the eighties

The bar was warm, with even a real fire, logs blazing and the place was hopping, Bowie

in the juke with
All the Young dudes

The bar man looked like a real dangerous bollix

Big, with a completely shaved head, arms on him that testified to real graft and he looked

mean, he was wearing a T-shirt that read

I managed to grab a stool at the counter and he stood before me, wiping down the place

in front of me, growled

Sounded like a grizzly with a bad hangover, I said

He smiled, no warmth in it but a sort of knowing, said

I nodded and he pushed

“You running a tab?”

He brought the drinks and I asked

He studied me for a minute then said

To my amazement, he put out a meaty hand, said

I was surprised, his tone was warmer, I took his grip, and we shook

“Working hands, you on construction?’

He raised his bottle of Sam Adams, no glass, said

He leaned over, asked

“Run that by me again

He savored the word, like he was tasting it then gave a nigh perfect rendition

“You got a name or I have to like drag every piece of information outa you?’

Before I could respond, he held up his bottle like a hurly, said

“Some of me best mates are of that persuasion.”

Which was a lie but what the fook

It’s one of those lines I’ve always loathed, like,
Gee, what a fookin liberal you are

Christ on a bike

He was massaging his neck, like it hurt, I asked

He was taken aback, as if he wasn’t even aware he was doing it, said

“I play baskets, did my neck in, that damn S.J….she gets me every time and Fusilli, never

can quite out run him, so today, I got a cortisone shot and lemme tell you buddy, them

Took him a moment then he smiled

That smile took fifteen years off him, he looked almost like a nice guy

I didn’t think smiling was something he did a whole lot of, he said

He reached for a bottle on the shelf, Wild Turkey, poured a shot with a practiced ease,

“I’m not taking advantage, I’ll charge you the price of a bud.”

“I got paid yesterday so never no mind.”

He clinked my glass to his shot one, said

What can you say, I said it

“Way better than the goddamn cortisone and a damn sight faster.”

I sunk my Jay, let it warm my gut

Why I drink it

Without asking he grabbed the Jameson bottle, poured me a lethal dollop, and then

looked at me, asked

“You ever in law enforcement?”

I’m Irish, we answer a question with another, keeps them off balance

He used the cloth to wipe up the spillage from my very full glass, said

“Reason I know is, every morning I shave, I see the same eyes.”

My shot at a question

He let out a long sigh, a sadness flitting across his face and then it was gone, he said

“My partner got shot, he’s in a wheelchair, I lost my taste for the job after that.”

The bar got real busy after and I had a few more brews, a nice buzz building..

Thin Lizzy came on the juke box , followed by

I was warming to the guy

I don’t do friends

IN A LATE STYLE OF FIRE.

Not easily or often but this guy, he had some moves

End of the evening, he was stacking chairs and a heavy guy who’d been acting the bollix

all night swayed over towards Merrick, I could see the bottle held down by his side.

I moved quickly, took his knees out from behind and for the hell of it, gave him a wallop

on the upside of his dumb arse head

Merrick whirled around, looked at the heap at his feet, saw the bottle and went

“Phew, the fuck would have cracked my skull.”

He gave me an appraising grin, said

“Guess I owe you one buddy.’

“You wanna go see The Jets choke yet again tomorrow evening, I have some tickets, the

way they been playing, you couldn’t give the damn things away.”

I knew the Yankee’s, and that was about it, said

That’s how we became friends

He lived on Long Island with his wife, two great kids

The Jets finally won a game and he bought a bottle of Jameson, said

“You and me bro, we’re going to get shitfaced.”

Went to my hole in the wall in Brooklyn

He stared at the 1916 Proclamation on the wall, intoned the lines aloud, he had the perfect

voice for it, I put The Pogues on my cheap music set and we got stuck into the Jay

He looked round the sparse room, said

He was considering something, had been all evening, call it cop instinct and finally he got

bought the bar and sort of drifted out of the business

He sipped the Jay then

“Moe got hurt a while back and asked me to follow up on a case he was on, a vile nasty

He took a deep breath then produced a sheet of paper, handed it over, said

The very first line chilled me

Handed it back to him, my stomach in turmoil, Merrick said

“I’m gonna go after this sick bastard and thing is, I wonder if you’d be willing to tag

Looking back, how easy it would have been to say no, and Jesus, all the carnage that