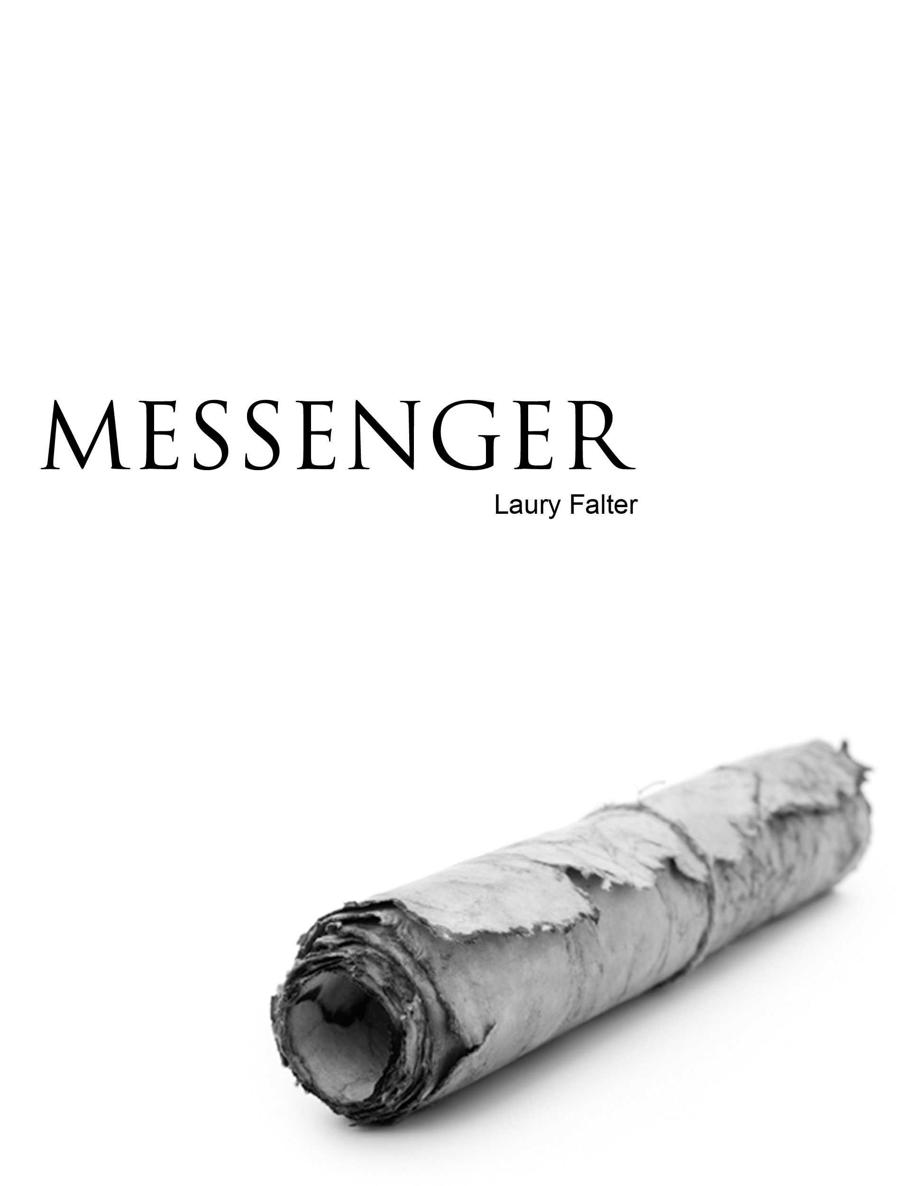 All rights reserved. Except as permitted by the U.S. Copyright Act of 1976, no part of this publication may be reproduced, distributed, or transmitted in any form or by any means, or stored in a database or retrieval system, without the prior written permission of the author or the publisher.

I
T ALL BEGAN WITH A SCREAM.

Undulating down the stark white, arched hall notched with pockets of scrolls and out across the heavens, it was heard by all present in the afterlife.

So unprecedented was this sound in this place that it caused the entirety of those at hand to sit up, to stop speaking, to angle an ear toward it. Glances were exchanged, questioning what it could mean, without any premonition or understanding as to what the answer might be.

That hollow sound was enough to stir fear in a place that had never known that sensation. But what came after it, what filtered from one to another until everyone had been told was what finally sent the chill through us, because it was the cause behind the scream that was truly frightening.

I am fairly certain that I was the last to know. Even those at the farthest reaches of the heavens learned before I did because even if one is surrounded by loving friends, if that one has a preference for it, they do have the option to live in anonymity.

I wouldn’t say I was isolated so much as reclusive, so when the scream rippled across the waters toward my seaside bungalow and rustled the sand on its way by me, I sat alone, watching it pass in curious awe. A second later I was standing, facing the path where the scream had come and rotating to watch where it went, as it faded into the distance, vibrating the almost undetectable aura that separated my afterlife from another’s.

A gathering took place shortly following in which all those interested could attend and discuss the event. This was an unparalleled response for a one of a kind occurrence. Everyone who hadn’t fallen to earth, or was otherwise preoccupied in that particular realm, was there.

The story behind what had happened was recounted again by those in attendance and I was finally made privy to the details of this epic occurrence.

A messenger, one of a small, legendary group with the ability to exist simultaneously both in the afterlife and in the other realm called earth, had awoken in the Hall of Records, opened her mouth, and released that terrifying sound seconds before her body spilled blood from a wound to her stomach, gradually disappearing until there was nothing left but the stone bench on which her body had been laying. It was noted frequently in the course of the conversations that the scream had an edge to it that anyone with experience on earth could recognize as one that is released at the time of death; a particularly painful, frightening death. Since then, her body had not returned, but – as if it had taken her place – a mysterious, previously unseen notation was now entered on her scroll reading Eternal Death.

No one led the ceremony or managed its discussion. As the crowd hovered in a circle over the gorge to the mouth of our shared city, dialogue flowed uninhibited, our broad wings extended from our backs, fluttering in a nearly endless synchronized wave of white. It was a reflection of how we lived, in peace, open, and virtuous.

I remained silent, listening to the conjecture around me, the attempts to form a concrete understanding out of something without any foundation from which to build on. We left that gathering with little more than we’d come with. The only thing we carried away was the realization that something had changed.

When the second scream rattled through the afterlife and all heads turned once again in the direction of the great Hall of Records, we knew it was not the end of something but the beginning. A tear had been created in the fabric of our existence and it was letting in the cold. When this messenger’s death reflected the same notation on his scroll, we gathered again.

There were fewer of us this time, either out of reluctance or disinterest. After all, the scream posed no further threat than to momentarily disrupt our work or festivities.
The missing messengers would reappear soon, wouldn’t they?

But I had a sense, even in the serenity of the afterlife, that something very wrong was happening in the other realm and that it was reaching us the only way it could, through the messengers. So this time, I didn’t hold back.

Floating into the middle of that great circle, I addressed my friends in a manner they had never seen, from anyone, least of all a recluse such as me. Uncertain times called for certain kinds of measures, and so as I hovered before them, I announced what no one else would, what we all knew to be the truth but were too uncomfortable with to acknowledge.

“If they are not reappearing here in the afterlife or on earth, there is only one explanation. They are dying the same type of death that is believed to exist on earth. They are dying a permanent one.”

The crowd grew quiet, to the farthest edges. Only the rumble of the falls below us could be heard as the water rushed over colossal boulders and spilled into the river that flowed to a place I had not been.

“In that other realm, they are facing an everlasting demise, and it is being claimed that they are facing it at the hands of others. And there is only one way to prevent it from happening again.”

“What do you propose?” a man asked from the crowd.

I hesitated, knowing the sentiment I was about to utter was again unheard of here.

“That the messengers learn to fight.”

“That is not their responsibility,” remarked a woman to my right.

I turned to her, undeterred. “It is if they wish to live.”

The crowd that had fallen silent again began their murmurs.

“They have no other choice.”

“Choice?” someone called out.

“They can fight and live or they can continue to die.” Such disturbing concepts weren’t often brought up in the afterlife and it sparked a maelstrom of discussions.

Having said all I needed, having made my decision and knowing it was now up to them to make theirs, I turned to leave but I didn’t make it far.

A woman approached me with several others close behind.

“You believe that is our only option…,” she called out. “To fight?”

I turned to her.

The woman speaking was petite with chocolate-colored hair and wide eyes, which surprised me because we resembled each other. The only difference between us was that she looked innocent, like those gathering behind her.

“Are you a messenger?” I asked.

“We all are.” She swept her hand to the others who had followed her and back around to me.

It was a conscious gesture – including me in that sweep – but I brushed it aside because she was mistaken. I was not a messenger.

She took her time to evaluate me. They all did. “You’re the one who keeps to herself.”

This stunned me. I didn’t know I was “the one”, or the only one.

“For the most part,” I replied, trying not to show my discomfort at being singled out.

“Being quiet doesn’t mean being indifferent.”

She paused, firming up her assessment of me before speaking again. “I am Hermina,” she said with a gentle nod.

She nodded again, more slowly. “How do you expect us to fight, Magdalene? You advise this but have not told us how.”

The woman drew in a breath and held it, recognizing the implications of what she was about to consent to. “Then have them teach us.”

And that is how our loss of innocence became our strength and how I began down the rocky path that led me to the great love of my existence with the legendary guardian named Eran.

W
HEN THE MESSENGERS ARRIVED, IN ONE
tight-knit group, there were more of them than I’d anticipated.

The word had spread. In fact, it spread far enough for spectators to also appear at the edge of the small jungle I’d carved out and created for our training purposes. From below the drooping emerald vines five men and two women appeared, settling into their stances on the outskirts of my training grounds, legs astride, arms hanging ready at their sides, watchful eyes following us as we gathered in a circle. From the looks of their chiseled muscles and the weaponry hanging from their waists, they didn’t need defensive skills.

“They aren’t with you, are they?” I asked Hermina.

“No,” she said, appraising them with the same watchfulness she had used on me. “They seem…strong. They aren’t the ones who will be training us?”

They did have an air of strength and authority, an impression left by their diligent awareness and taut smiles, so they may have been up to the task. But we were strangers and I couldn’t be sure one way or another – even if the fight seemed to emanate from them.

They held their staunch postures even when Hermina remarked about a rustling from the velvety green shadows in the jungle’s thickest clustering of trees.

Squinting at the movement, she mumbled, “What is that?”

“That,” I said smiling, “would be the trainers.”

Daniel and Jacob entered the jungle with enough speed to lift my hair from my shoulders, carving a path through the thickly clustered trees and rousing leaves in their wake into upheaval.

By the time their feet were on the ground, the messengers were ducking.

Hermina glanced questioningly in my direction until she saw their faces and then her expression pinched into frustration.

Unlike me, Daniel and Jacob were known, and for valid reasons.

“No harm in making an entrance…,” Jacob bellowed, thrusting his massive chest outward and retracting his appendages with a violent snap as he waltzed arrogantly by the messengers, flexing every bulging muscle visible to them.

Daniel, the more reasonable of the two, serenely tucked his appendages back and strode carefully across the damp earth to meet me. He was brawnier than Jacob and therefore less prone to displaying his strength.

“Oh? I couldn’t detect it,” I said, brushing the mildew from my shoulders where their arrival had deposited it.