Authors: The Glass of Time (mobi) 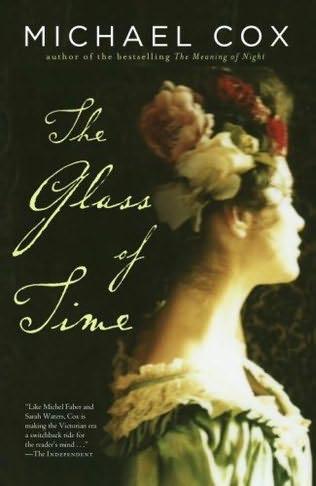 THE GLASS OF TIME

On the edge of day and night—

The unseen herald, ever bringing

Note on the Text
ACT ONE /
A House of Secrets
Prologue: My Lady and Her Sons
1. In My Lady’s Chamber
2. In Which a Friend is Made
3. The First Day Ends
4. Nightmares and Memories
5. A Walk with Mr Randolph
6. In Which Madame’s First Letter is Opened
7. In Memoriam P.R.D.
ACT TWO /
Secret Stirrings
8. Professor Slake is Buried
9. In Which Madame’s Second Letter is Opened
10. Dark House Lane
11. An Announcement in
The Times
12. Mrs Prout Remembers
13. In the House of Death
14. A Gift from Mr Thornhaugh
ACT THREE /
The Past Awakens
15. The Resurrection of Edwin Gorst
16. Miss Blantyre Meets Her Fate
17. In Which Lady Tansor Opens Her Heart
18. Thirty at Table, and What Followed
19. A Voice from the Past
20. In Which Mr Vyse Bares His Teeth
21. A Child is Born
22. In Which Madame’s Third Letter is Opened
ACT FOUR /
Duty and Desire
23. At North Lodge
24. Snow and Secrets
25. A Lingering Scent of Violets
26. The Old Man of Billiter Street
27. The Temptation of Mr Perseus
28. To the South
29. An Italian Spring
ACT FIVE /
Time’s Revenge
30. Mr Barley’s Black Box
31. A Fatal Correspondence
32. The Consequences of a Lie
33. In Which Certain Truths are Faced at Last
34. Retribution
35. The Last Sunrise
36. Aftermath
37. Inheritance
38. Envoi
Acknowledgements

NOTE ON THE TEXT

The manuscript of ‘The Glass of Time’ is held in the Houghton Library at Harvard. Although, like the supposedly confessional text published by the present editor in 2006 as
The Meaning of Night
, it purports to be a record of actual events connected with the ancient, and now defunct, Duport family, of Evenwood in Northamptonshire, it is firmly novelistic in character and should be read first and foremost as a work of fiction, or at least as highly fictionalized autobiography.
Consisting of 647 unlined folios of foolscap, tied with a faded black silk ribbon, the manuscript was first catalogued in 1936 as part of the private library of J. Gardner Friedmann of New York, who purchased it on a trip to London in May 1924. After Friedmann’s death in 1948, it found its way to Harvard, along with the rest of his extensive collection of nineteenth-century fiction.
As with its related literary predecessor,
The Meaning of Night
, I have supplied explanatory footnotes, where I have felt them to be necessary or helpful to the modern reader, and have silently amended a number of mechanical errors and inconsistencies.
J.J. ANTROBUS
Professor of Post-Authentic Victorian Fiction
University of Cambridge

A HOUSE OF SECRETS

We twayne are one too many (quoth I) for men saie, Three maie keepe a counsell, if two be awaie.

My Lady and Her Sons

I
The View from the Gallery