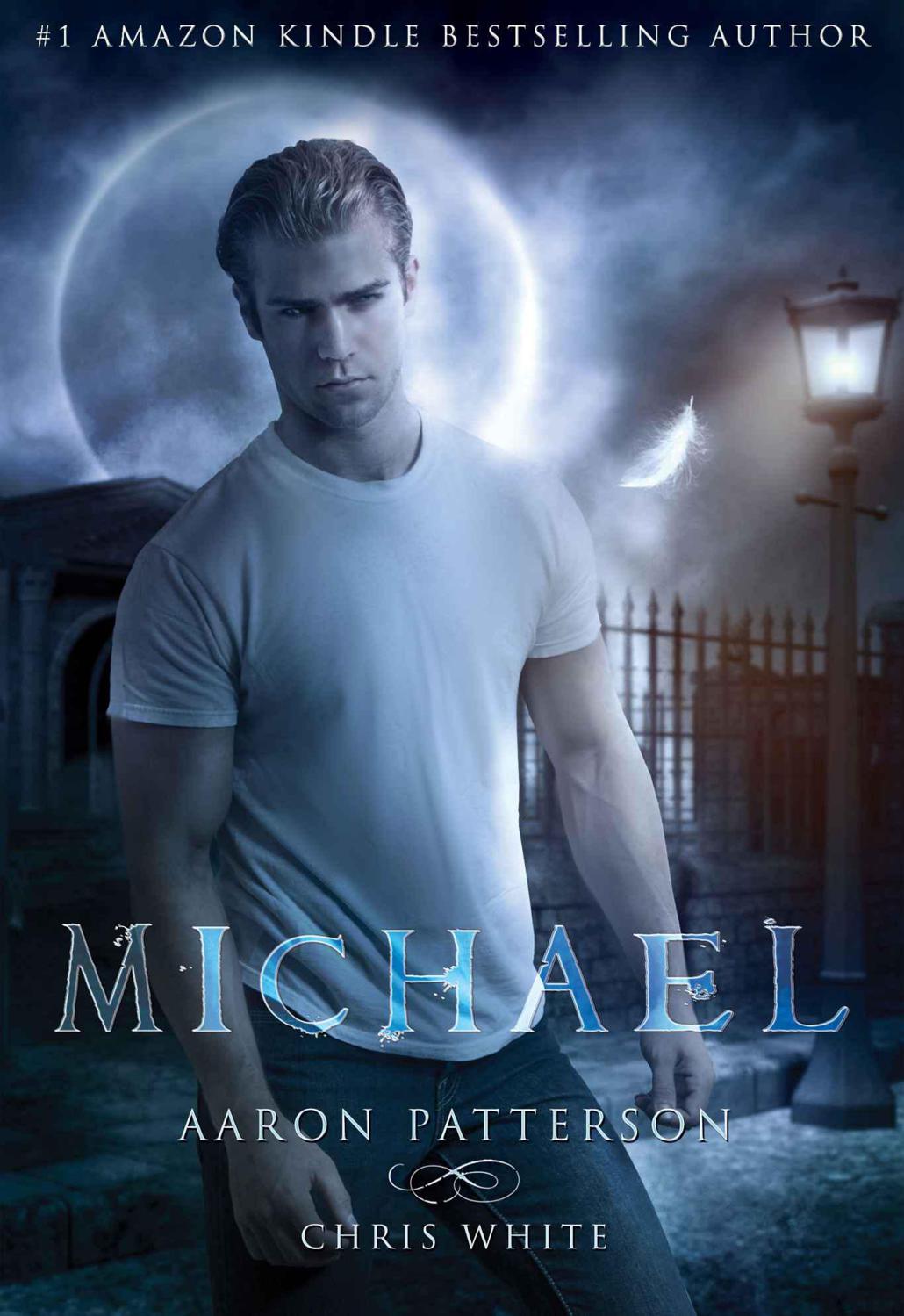 —
Joshua Graham, bestselling author of
Beyond Justice
and
Darkroom

“I was surprised by how much I really, really liked this book. I have not jumped on the whole ‘fallen angel’ bandwagon, just as I didn’t jump on all of the vampire stories that came out after Twilight. This is not your typical fallen angel story. It is one that has left me breathlessly waiting for the next one in the series. Hurry up, please!!!”

“It takes rare talent for a man to write a novel from a male POV and have it published to great critical and commercial acclaim. But it takes a miracle for that same male, or in this case, males, to write a novel from the POV of a teenage girl and have it turn out as incredibly as did the new StoneHouse YA by Aaron Patterson and Chris White,
Airel
. From the first sentence, I felt compelled to dive into this young woman’s story, and just as importantly, I felt like I personally knew her, which means I laughed, stressed, and cried right along with her. A beautifully written and crafted fiction about teenage innocence, faith, loss, and love. A must read for teens and adults alike.”

—
Vincent Zandri, international bestselling author of
The Remains, The Innocent,
and
Concrete Pearl.

“An amazing story that will captivate audiences ranging from young adult to the young at heart!
Airel
crosses boundaries in a fascinating and unforgettable way to engage readers within a story that will not soon be forgotten!”

“I am happy to say that this novel is one of my favorites of its kind. I never thought I could read a novel like this and be so swept away. I am always willing to try new books, but I usually steer clear of this kind of novel. Not anymore. Not when I can be so engrossed into the character’s story, like I was with the beautiful Airel, that before I know, it’s over. I kept turning the pages, wanting, no, NEEDING, to know what was going to happen next.”

“The word ‘enjoyed’ somehow doesn’t express, in a positive light, what this book,
The Airel Saga, Book 1,
gave me. I loved the book and can hardly wait for the sequel! Though the storyline is about Airel’s teenage experience, I, at 75, truly enjoyed the read and was able to identify with her. As it happened to Airel, I felt it was happening to me.”

“Yikes. This is one well-written and very strange book which will pique your interest from beginning to end. The author does a masterful job of moving you between centuries as you read two different point-of -view stories about one very unusual book. The telling of the tale, as found in the father’s diary from the 1800s, is very well portrayed and the writer has you believing you are actually back in that time period. Stepping forward to today, you experience the son’s horror as he reads both his father’s diary and the unusual book, and discovers it is currently driving him into the same mindset it created in his father... near insanity. This is one roller coaster of a read and is sure to delight fans of the occult, supernatural occurrences, and mystery. A solid 4 1/2 star read.”

“A story that conjures mystery, suspense, and dark evils,
THE MARSBURG DIARY
is a page turner. White calls on the spirit of Steven King, Jules Verne, and Edgar Allen Poe to create a contemporary story that is as compelling as it is enduring. Marsburg learns of his father’s past through a diary, a past filled with horror and mystery. But history doesn’t stay in the past and visits Marsburg, sending him into his own thrilling adventures.
THE MARSBURG DIARY
is to
AIREL
what
Torchwood
is to
Doctor Who:
a grownup, stay-up-late, dark theme on a masterful series.”

“I really love Chris White’s writing. He’s extremely talented and he is quickly becoming a favorite of mine.”

“Chris White has the talent of long-ago writers interlaced with his own unique voice. Anything this man writes keeps me up. I literally have to schedule time to read his work because I know when I start I'll not eat, sleep, or bathe until I've finished it. K: [PHANTASMAGORIA] is nothing short of his signature work. In fact, this might be his best novel to date. K is a character that you can't even begin to summarize. His experiences are all too familiar on so many levels. His relationship with others and God is eerily too close to home for not only myself but so many I know. You simply have to read this book.” 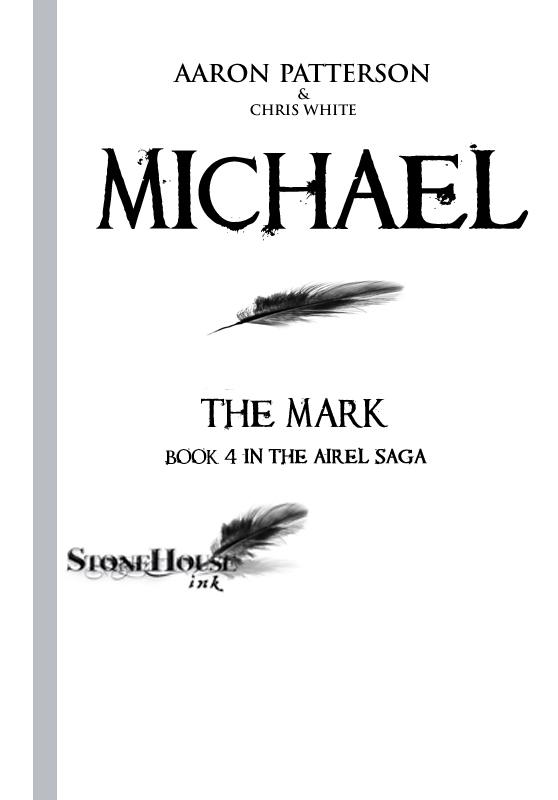 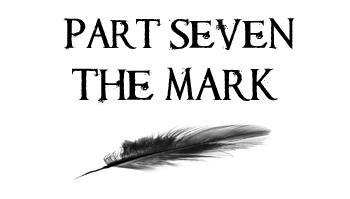 From the Book of the Brotherhood, Volume 3:

The Brotherhood, dear Brothers and Hosts, had the honor to declare war against El from the beginning. The Fallen and their offspring, the Sons and Daughters of God, are traitors, not just to El—but to the original rebellion and the Leader, as well …

THE DUST HAD LONG ago settled from the landing, and the white FBI helo sat immobile with its pilot just off the unusable roadway. The wreckage of the accident under investigation was strewn in lumps and shards more or less in a parallel line nearby.

It was a good decision,
she thought,
playing the federal investigation card.
Gretchen was glad that she had dismissed the local yokels and cordoned off the scene as soon as she had landed.

But there were anomalies. Unexplainable things.
Like this enormous dent in the middle of the road,
FBI agent Gretchen Reid mused. “Holy … look at these cracks in the asphalt, how deep …” she said to no one. Harry, whom she valued both for his usefulness and despised for his subservience, trailed her around, his weak hands trembling a little as he wrung them together at his waist, picking his way carefully, awkwardly, over and through the debris.

Gretchen lifted her pretty head and looked around, assessing the situation. There was the log truck just up the road, with Rawlins’ car, or what remained of it, pinned underneath. Then, in the opposite direction on a line that passed through the dent in the road, the black SUV. Or what remained of it. She made the calculations in her head, sizing it up. At first blush, it would appear that either the SUV or the log truck had crossed the double yellow and caused the wreck. Probably the SUV, because Rawlins had gotten too close, too obvious, and spooked the young man Michael Alexander.
He triggers a high-speed chase; Rawlins foolishly engages the youth. Youth then crashes and burns. Stupid. I wouldn’t have done that.
The youth, driving at triple-digit speeds in the dark and in the rain, lost control.

“And caused the accident?” Again, said to no one.

Harry, still wringing his hands, met her eyes for a moment, and she saw something there that didn’t fit. But she let it pass, moving on.

The SUV had hit the log truck head on. No.
Not possible; it wouldn’t have landed way over there,
she thought, estimating the distance from where she stood to the SUV at about five-hundred feet. No, that wasn’t possible. After all, just look at what happened to Rawlins. Pancake city. No, something didn’t fit.

“It’s almost like it was thrown,” she said.
How could it have been thrown?
Her hunch, that there was more to this incident than met the eye, was beginning to be borne out by events. She stood there in the silence, gusts of wind whipping at her hair, plastering her pantsuit to her athletic body, tugging at the fabric like jealous hands.

She turned around again. Harry had turned his back to her, looking off at the distance, his hand in his jacket pocket as if searching for a stick of gum, perhaps his eReader thing. Once more, she looked down at the dent in the road’s surface. Then, with alarm she realized she hadn’t been seeing what was right in front of her.
This isn’t a dent. It’s dents, plural.
There were two. Side by side, like—feet. That’s when she knew what she had been missing. Whatever had caused this accident … had fled the scene?

“Impossible,” she breathed, looking down, wide-eyed.

Harry turned and she looked up. As he squared his body to her, his hand came out of his jacket. He brought it together with its opposite, raising them up. She then realized that his stance was all too familiar: that of an enemy gunman. And there in those hands was his pistol, real enough.

“That’s impossible—” The last sound she heard was only the first of two shots; a double tap that exploded her head like a coconut breaking open.

HARRY PUT HIS PISTOL, an original Colt 1911A1 .45, back in his shoulder holster. “Hollow-points, Gretchen. Double tap to the head.” He kicked her lifeless body lightly, playfully. “Bet you didn’t see that coming.” He laughed aloud. “Oh, well. Maybe, actually, you did. At least the first shot, anyway.”

In the distance, the helo began to start up, the metallic whine of its single turbine climbing in pitch. The pilot, assigned to Harry and not working for Gretchen or even the FBI, had known what the signal would be, and he was waiting for it. Harry knelt alongside Gretchen’s body in the double depression of the “dents” in the road, the cause of which he had known full well, and all along. He placed a small RFID device down inside one of the cracks, below the surface of the road, and walked away.

The Leavenworth Case by Anna Katharine Green
Eternal War Rising to the South: The Beynok Vampire Series by Bradshaw, Erika
Fall Into Darkness by Valerie Twombly
Burned by Natasha Deen
Cries from the Earth by Terry C. Johnston
Maia by Richard Adams
All Hell by Allan Burd
Beast of the Field by Peter Jordan Drake
Falling (The Soul Collectors Series Book 1) by Tara Benham
Dinner with Edward by Isabel Vincent