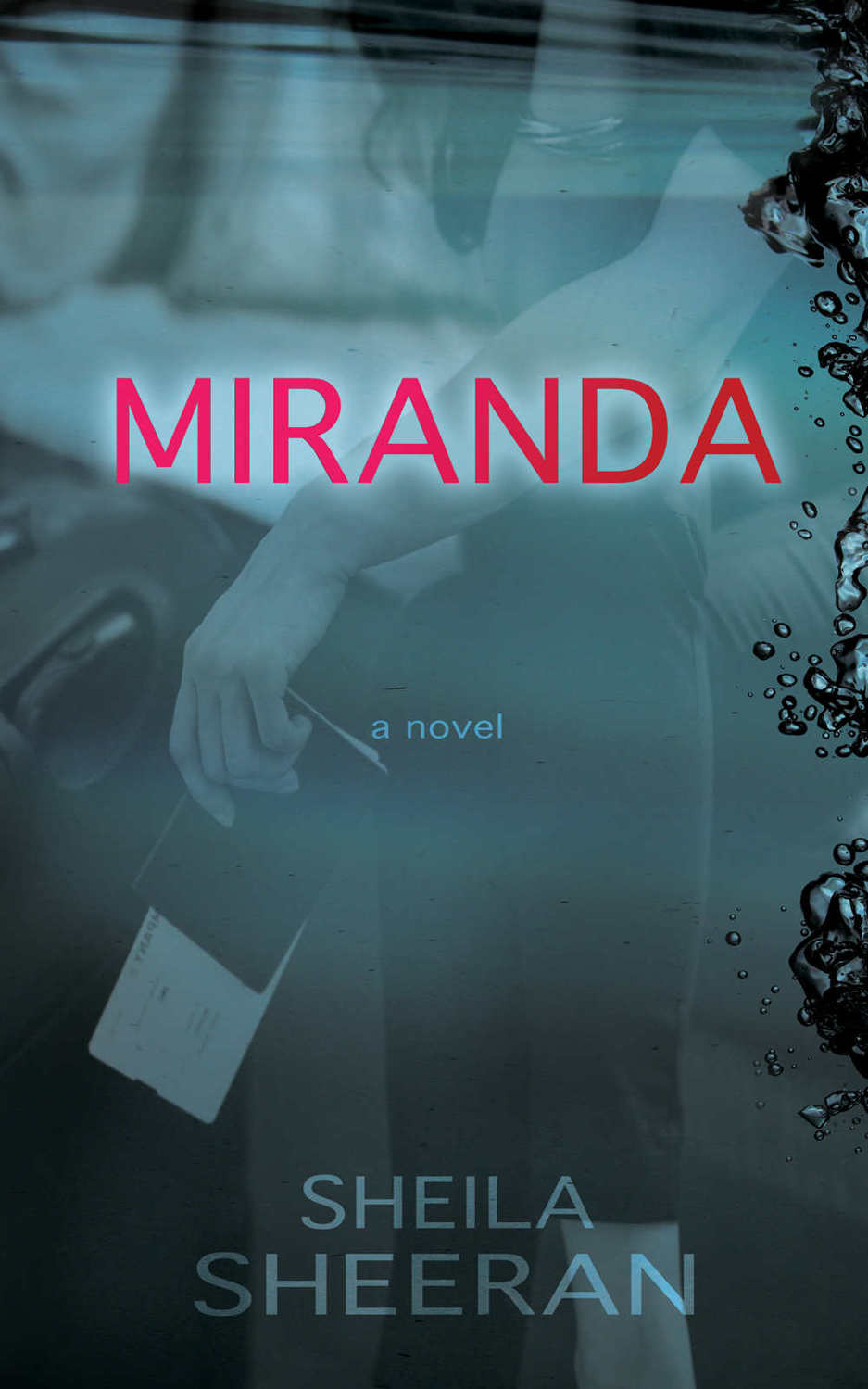 This is a work of fiction, a product of the author’s imagination.

Any resemblance to reality is purely coincidental. The author owns the copyright to this work.

Total or partial publication or reproduction of this work without permission is prohibited.

To my husband and daughter:

Because with the immense love that you give me, the limits of my imagination are banished, and even without having read my stories you are always my #1 fans.

For allowing me to live so many experiences, see the world, and placing wonderful people in my path.

The way the faint lamplight near the bed reflected off his skin aroused me. It made him look hot… smoldering… desirable. His delicate hands roamed my legs. Each time, they dared explore more of my body. I couldn’t resist. My toes would curl while paying homage to his touch.

Ahh, mmm. This one must be handsome. A body like this must belong to only one face: that of a God.

Our silhouettes connected and I could feel the weight of his desire. The dim light slowly revealed his identity… Norman!

My eyes opened wide open and pulsated at the beat of my agitated heart.It was before sunrise. The cell phone rang like it was deranged, and maybe somewhat jealous. I didn’t know whether to be annoyed or to thank it for bringing me back to reality–for saving me from a sin. Although, on second thought, a dream can’t be sinful because it’s involuntary. It’s only a dream.

Damn it! Where did I put you?
The screen’s light gave away its location. There it was, on the nightstand, beside the lamp of sin. The chill of the sheets clung to my skin as I reached for the cell across the empty side of the bed.

My eyes, blinded by the bright green light of the numbers on the phone, could barely see that it was 2:47 in the morning.
Who the hell is calling at this hour?
For a few seconds I hesitated to answer.

“Miranda Wise?” Judging by the seriousness in his voice, it was something important.

“I’m sorry to bother you.” Well at least he apologizes. “This is Detective Hernandez from the Investigation Unit of the Police Department. Are you Miranda Wise?”

“Do you know Norman Clausell?”

“Yes.” I spoke in a barely audible whisper. Now I was worried. It seemed like the room was getting colder.

“All right, I’m calling to inform you that Mr. Clausell has been in an accident and is receiving medical treatment in the trauma center of the local hospital.” It is imperative that you arrive soon.”

Okay? Is that what I said?
I had not realized how much my hands were trembling.
Is this part of the dream?

Some threads of light that streamed under the door lit the floor of the room in darkness. My legs were shaking so much that I almost fell when I jolted out of bed. My brain had not yet processed whether it was real, another dream, or a nightmare. My eyes turned to the cell. No, I wasn’t dreaming. I had to hurry.

I don’t recall having changed from my pajamas into jeans or having driven to the hospital. I remember only that I was there, standing before two enormous sliding doors. When they opened, they let out a blast of cold air, a smell of industrial cleaner, and, no doubt, the departing souls of those who previously had come in alive.

I followed the posted directions that lead me to a counter with an “Information” sign. The guard sitting behind it greeted me.

“Good morning. May I help you?” he smiled.

“I’m looking for Norman Clausell. I think he was admitted a few hours ago. A police detective called me. He said he was here...” I said in one breath. It was impossible for me to minimize the despair that came over me.

The man picked up the phone in front of him and said to the person at the other end of the line:

For a few seconds, the silence was deafening. The man waited, making a strange, rhythmic tapping noise with his shoes, and hung up.

“Miss, I’m told you need to go to the waiting area. In a while, you’ll be given more information.”

“To the waiting area?” I asked to make sure that I understood what he said.

“Yes. Follow the hall to the left and you’ll find it there at the end.”

“Hall, left, hall, left hall, end, hall, end...”
a voice repeated over and over again in my head while I ran. I slowed down as I approached the entrance, but I didn’t enter. Through the glass, there were multiple scenes with different characters and the same script.

The people waiting had the same expression that revealed anguish and despair. I stood right there where I had stopped, leaned against a wall, put my trembling hand in my purse, and fumbled to find the phone. As always, it seemed like that damn purse had swallowed it. After finding it, I dialed the detective’s number.

“Who?” I was surprised that he did not remember me after having interrupted my sleep and calling me at such an unusual hour. I paused before answering, “You called me not too long ago to tell me about Norman Clausell.”

“Ah, yes, of course.” There was plenty of noise on the other end of the line.

“I’m here, in front of the waiting room.”

“Perfect. I’ll be there in ten minutes.”

Those ten minutes were really about fifteen, which seemed eternal. I couldn’t find a place to rest my eyes without tripping over a face in distress. I was staring at the floor when I heard a voice authoritatively calling my name.

It was definitely an order:
Miranda Wise, here, now!
There was no other way to interpret his words. When I looked up, I found a pair of blue eyes gazing at me, waiting for my response. I took two steps toward him, and he did the same. He reached out to shake hands, and I reciprocated. Once again, my words were rushed.

“Hello. What happened? How is he? No one has said anything to me.”

As I bombarded him with questions, Hernandez motioned for us to move to a more secluded spot, but where we could still see doctors go in and out of the waiting room.

“Thank you for arriving quickly,” he began to say, I was thinking:
Forget about the thanks and get to the point, since you still have about fifteen questions to answer...

“I’m sorry. I’m not authorized to give you information about Mr. Clausell’s condition.”

Perfect! He had asked me to come to not give me information?

“What
can
you tell me?” I asked in a tone of irony. The detective noticed it immediately.

“I can tell you that Mr. Clausell was in what appears to be a traffic accident. In fact, a very serious accident,” he stared into my eyes without blinking.

“But how? Where?” It seemed like my questions didn’t make him as uncomfortable as not being able to answer them.

“We are still investigating. Several investigators were sent to where Mr. Clausell was found in his car.” The ease with which his words came out increasingly exasperated me.

“What do you mean 'was found'? Was he alone, or with someone?” I was tempted to push him against the wall and make him spit it out all at once.

What is wrong with you, Miranda? You shouldn’t lose control so easily!

“We found Mr. Clausell because we received an anonymous call alerting us to an apparent multiple vehicle collision.” Little by little, and consciously, he eased his tone. “When we arrived at the scene, we found Mr. Clausell’s car and him inside, in very bad shape. The car was unrecognizable.”

“Wait, stop. I don’t understand. Just one car? And the rest?”

My concerns were not assuaged. The more information the detective provided the greater my confusion.

“We are not yet able to determine what happened.”

The pair of blue eyes diverted their attention from me. He turned away.

A woman was heading towards us. She was wearing scrubs.

“Detective,” she responded. They shook hands.

The doctor reached out to greet me.

I took advantage of the situation to ask abruptly, “How is Norman?” while shaking her hand.

I took refuge in a strategy of insistence.

“How is he?” I was referring to Norman.

What's Your Poison? by S.A. Welsh
The Gypsy Queen by Solomon, Samuel
Operation: Married by Christmas by Clopton, Debra
The Impossibly by Laird Hunt
Zombies! (Episode 4): The Sick and the Dead by Turner, Ivan
The Dirty Duck by Martha Grimes
The Crown of the Conqueror by Gav Thorpe
The Selfless Act by Wanda E. Brunstetter
It Takes a Witch: A Wishcraft Mystery by Heather Blake
Two to Wrangle by Victoria Vane