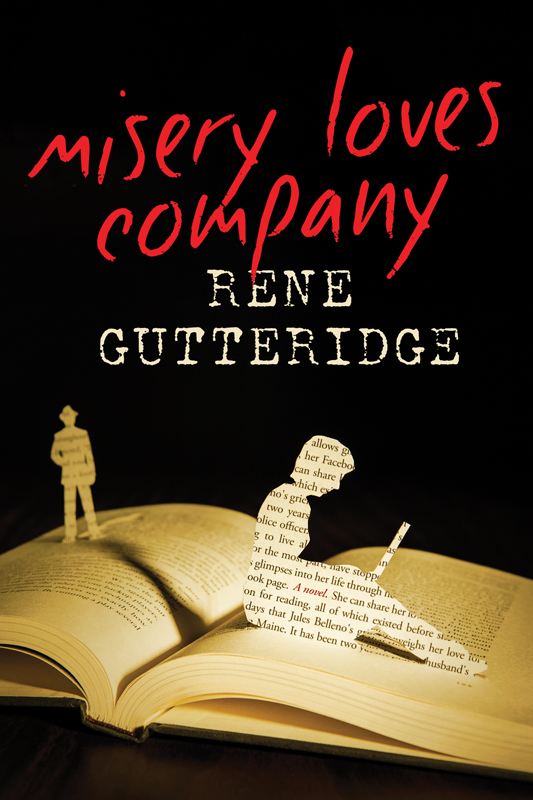 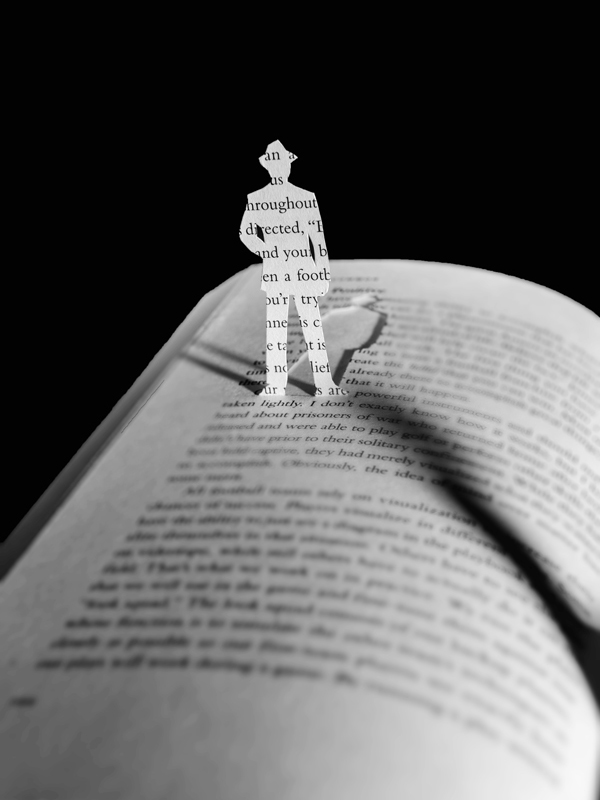 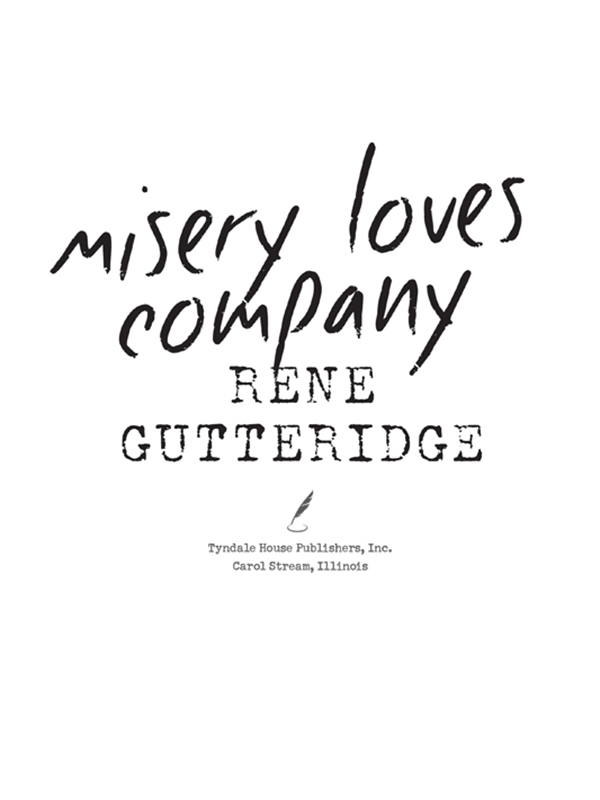 “Gutteridge creates suspenseful tension from the start of the story and doesn’t let up until the end. Twists and turns will keep the reader guessing, and the sweet faith of a child is a refreshingly appropriate counterpoint to the action.”

“From its captivating prologue to its powerful ending, Rene Gutteridge has written an engaging and memorable story.
Listen
concerns a theme of immeasurable importance to us all. Don’t miss it!”

—a story that explores a town’s journey toward redemption with humor, grit, and heart. Rene Gutteridge’s skills are evident in the snappy, realistic dialogue, and her talent for suspense keeps the pages turning.”

—and the awful toll the job can exact on a soul. Rene Gutteridge’s remarkable storytelling ability shines through in this nonstop suspense masterpiece, and it will keep you turning the pages well into the night. Highly recommended!”

MARK MYNHEIR,
homicide detective and author of
The Corruptible

“Clever novelist Gutteridge (the Storm series) has consistently upped the ante of Christian storytelling by offering her readers intelligent and entertaining texts. Her newest work delves into the deepest recesses of the human heart via the spoken word. . . . Gutteridge’s skillful handling of the power of words will have every reader quietly introspective.”

“This is a solidly plotted novel. . . . Gutteridge does a nice job of building suspense.”

“Gutteridge makes her characters wrestle with right and wrong amid shades of gray. In a tightly wound, tension-filled plot, characters consider weighty issues while under extreme duress. . . .
Possession
is an entertaining yet thoughtful read for adrenaline junkies.”

“Current fans will certainly enjoy this offering and I’ll bet that new readers with a penchant for suspense will have found a new author to put on their must-read list.”

Misery Loves Company
is a work of fiction. Where real people, events, establishments, organizations, or locales appear, they are used fictitiously. All other elements of the novel are drawn from the author’s imagination.

IN THE EARLY MORNING HOURS,
with the stars dotted across a fading black sky, the air was still and thick and shadowless. Turning on a lamp, he walked toward her and then stood over her, his thin shadow stretching across her body. She lay motionless, as fragile as a locust shell. It seemed if he touched her, she would crumble into dust.

He could not tell if she was cold. Her hands had been icy since she was in her thirties. But he pulled the blanket to her chin anyway. It was like tucking in a child. Except there would not be any wishes for sweet dreams. The dream was ending, slowly and painfully.

In another room, his dinner was long since chilled. He had no appetite, and she couldn’t insist he do anything anymore.

She stirred and let out the faintest breath, a hiss that sounded like a deflating bicycle tire.

He looked at the clock. In a little under an hour, the nurse
would arrive, the only other person besides the two of them to come to this place. She’d agreed to work off the books.

Another hiss. Then her eyes opened, wide, as if she’d been dropped out the window of an eight-story building. Her gaze frantically searched the ceiling.

“Looking for someone?” He smiled gently.

She tried to lift a hand, but the weight of the sheet and the blanket kept it tucked away.

“Why am I still here?” Her voice was raspy and unkind, weighed down by spite.

He couldn’t answer. He didn’t have the answer.

“Why am I still here?”
Her eyes had turned cloudy. They used to be blue and clear, like an afternoon sky. Now they were gray as gravel.

“You have no right,” he said. “No right at all.” He was not a man easily driven to anger, but it was the only emotion he felt these days.

“I have every right,” she said, her watery eyes looking into his.

He stepped away from the bed, stared at her from a safe distance. Was he capable of this? He dropped to his knees, pressing a fist against his mouth to keep himself from screaming.

It was horrific pain either for her or for him. Which would he choose? Because ultimately, in a quiet, empty corner of his mind, he knew he believed that a soul could be damned.

The misery of it all was more than he could take. He had not understood until now what it meant to suffer.

She called his name, angrily, in a tone he’d never guessed
she was capable of. Over and over she called out to him, then cursed and cursed again. In the thirty-five years he’d known her, she had not uttered a curse word once.

His legs were shaky from age and burden, but he managed to stand again.

She turned her head when he stepped in front of the bedside lamp, sensing he’d returned. Her hair was stringy and clumped, what was left of it. At the crown, it was wispy, her white scalp showing like she had mange.

All the memories they shared were gone. They meant nothing now. He couldn’t have imagined it, but the meaning of their love had trickled through his hands, puddling at his feet like dirty water. And even though he’d known her for most of his years, her foul mouth repulsed him, and her request had rendered her unrecognizable to him.

He thought he heard someone at the door. He checked his watch and listened.
Margaret? Please. Margaret.

But it was silent again.

She’d managed to get her hand out from the covers and was grasping the air, clawing at it with her gnarled fingers. Her nails had grown thick and rough and yellow. The veins in her arms, blue and rigid, appeared to sit atop her skin instead of underneath.

“I know you’re nearby,” she whispered.

“I’m always nearby,” he replied.

“I have done everything for you. Everything. Given you every dream. Offered you every opportunity. Asked nothing in return.”

“And then you cut down my tree. And you let the raccoon out, you ignorant menace. Do you think I didn’t know you cut my tree down?”

It was often like this. She’d seem clear-minded and then slip into nonsense and crudeness. So he wasn’t sure if her only request came from a clear mind or not. And even if it did, he didn’t know if he loved her enough. Or too little.

“The nurse will be here soon,” he said but probably not loud enough for her to hear because she was screaming and grunting now, thrashing about as much as she was capable, her head whipping from one side to the other.

Tears streamed down his face. He could see her pain in the way her eyes bulged and how her hands suddenly clenched the sheets.

Then, to his surprise, her hand grasped his shirt, so tightly that he heard a seam rip in the shoulder. She yanked at him and he stumbled, his bad knee hitting the railing of the bed.

“Don’t ever say you love me again,” she snarled. “There is no decency in you.”

He took her hand and with little effort put it back under the covers, just as she slipped into unconsciousness. He pulled the covers to her chin once again. He brushed the wisps of
hair out of her face. He checked his watch. The nurse would be here soon because she was almost always early.

A few minutes and it could all be over.

A heaviness pressed into his heart muscle, tearing at the fibers that held it together. There was only so much a human being could be expected to overcome. If there was a God, surely He was merciful enough to understand. Surely there was no sin too big.

But he wasn’t certain.

He
was
certain, however, that he loved her.

And love could drive a man to do terrible things.