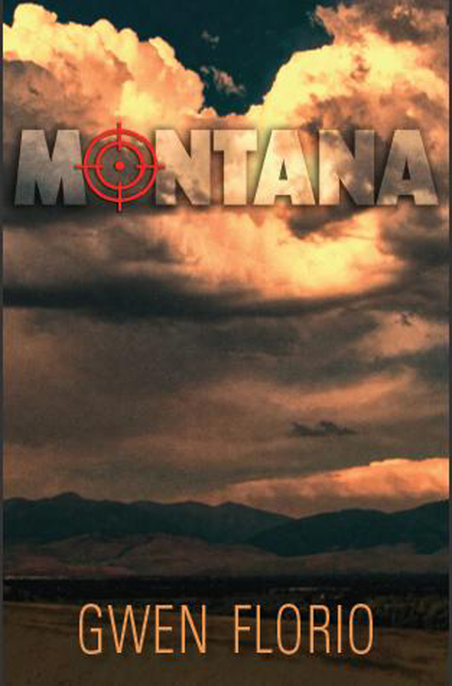 All rights reserved. No part of this publication, or parts thereof, may be reproduced in any form, except for the inclusion of brief quotes in a review, without the written permission of the publisher.

For Sean, Kate and Scott

I
’m so privileged to work with The Permanent Press publishers Martin and Judith Shepard, agent Barbara Braun, editor Judy Sternlight and copy editor Joslyn Pine; thanks also to Lon Kirschner for his gorgeous cover design and Shaila Abdullah for a striking website.

In each place I’ve lived over the last several years, I’ve been mentored by terrific writers:

For shelter and financial backing at crucial times over the years: the New Jersey State Council on the Arts, the Ucross Foundation, the Brush Creek Ranch Arts Foundation, the Cry of the Loon Lodge, and Sally and Andy Lewis.

Deep gratitude to my parents, Pat and Tony Florio, for banning television and hauling us weekly to the library; likewise to my children, Sean and Kate Breslin, whose childhood refrain was “Mommy’s writing.”

Profound appreciation for my partner, Scott Crichton, and his unstinting support. Finally, I’m grateful to Nell for not eating the whole manuscript.

A
stick snapping beneath a hard-soled boot sounds like nothing else in the woods.

Mary Alice Carr spent much of the night on the slope above her cabin wide-eyed and upright, back braced against a rolled sleeping bag, the minutes an inky ooze of boredom cut by fear, the hours flowing so slow and dreamlike that when the crack reverberated through the darkness she wondered if she’d conjured it from the thin mountain air. Beside her, the young dog raised his head. She’d heard right, then.

The cabin stood against a rocky bluff on one of the rare level shelves where the northern Rockies break their headlong surge toward the sky, out of the path of the unremitting wind whose default force was a full-on gale. The wind’s relentless onslaught scoured the land’s surface, sculpting strange and brooding shapes out of the local limestone. It toughened the region’s animal inhabitants into fierce and predatory opportunists, and caused the human ones, upon occasion, to burst into inexplicable tears. But at dawn the wind lay down, gathering strength for the day’s battering siege. Here and there sounds rose up sudden and distinct. Dry needles sifting from lodgepole pines. A coyote’s trailing refrain.

Footfalls across the cabin’s porch.

The half-grown border collie vibrated low and tense beneath Mary Alice’s hand. She closed her fingers around his muzzle and called herself twenty different kinds of stupid. Whoever was down there wasn’t even trying to keep quiet. She felt for her cell phone. Habit, useless. Her cabin sat at the far and unreliable border of the phone’s coverage area. Her position up the hill fell well into the dead zone. Her fingers moved past the phone and fastened on the .45 with a
snick
as she thumbed off the safety, another alien noise in the predawn hush.

Mary Alice eased onto her stomach by centimeters. The slick fabric of her puffy down jacket made soft whispery sounds as she set the gun in front of her, resting her wrist on a flat rock. She’d hauled the rock into place the night before, back when she’d attributed the whole elaborate setup to the paranoia resulting from working too long on a story turned too strange.

“It’s never as bad as you think,” her friend Lola liked to say, of everything from meals to men to the various stories they’d chased as young reporters in Baltimore. “It’s worse.” Lola’s plane would land in just a few hours. They hadn’t seen one another in five years, when Lola had gone off to Afghanistan and Mary Alice to Montana, career paths that had run parallel for years suddenly diverging. Lola had promised her some war stories when she arrived. Mary Alice closed her eyes and contemplated the fact that she’d have a war story of her own once this night was over.

Cold pinched her exposed wrists. He’d been in the cabin a long time, probably at her desk, strewn with files baited with misleading labels, flash drives filled with meaningless junk. If she’d called it right, he’d scoop it all up, assume he’d gotten what he came for, and drive away, giving her a precious few seconds to glimpse his face before he got into his car. She wondered how long she should stay up on the hill after he left.

Then realized she’d never actually heard him drive up.

She opened her eyes.

Mist pooled in the clearing below, the darkness cottony around the edges, dawn commencing. He knelt on the porch, solid and dark and real in the vaporous light, sighting Mary Alice through the scope of an AR-15, its barrel steadied on the porch railing. A hat shielded his face but she had no trouble imagining the crosshairs centered on her own. The sturdy .45, so comforting moments before, felt like a toy in her shaking hand. Fifty yards was pushing the limits of its range. By the time her bullet slowed in a tumbling fall toward the porch, his would have punched through her and beyond, just getting warmed up on its unerring way. The dog began to bark.

Mary Alice dropped the gun and raised her hands high.

“M
iss?” The voice rode the wavering lamplight so softly through the crack in the door that Lola Wicks sank back toward sleep, soothed by the customary noises in the next room.

The endless gurgle of tea into cracked cups. Breathy fricatives of Pashto. The metallic ratchet of magazines locking into place in preparation for the coming day. Lola slid lower in her sleeping bag, inhaling the pleasurable scent of woodsmoke and dung that signaled her most recent foray from Kabul into the highlands, entire centuries falling away the farther she traveled from the city, the only signs of modernity in these mountain villages the terrible weapons hoisted by cloaked men in sandals. The conflict was close here, not like Kabul, where men postured around conference tables with the occasional anonymous grenade tossed through a window to keep things interesting. In the highlands, combatants knew one another’s names. It had taken her months to gain the trust of this particular faction, whose stated purpose was to drive the Americans from Afghanistan’s borders even more decisively than they’d dealt with the Russians two decades earlier.

Despite the risks of leaving Kabul’s questionable safety, any return to the outlying regions always felt like a sort of homecoming to Lola, a welcome respite from filing her stories in the crowded villa whose outlandish expense she shared with a shifting, quarreling cast of other foreign correspondents. Distractions and obligations peeled away as she traveled, until she arrived at a destination where filing the story and staying alive remained the only two things that mattered. Lola pulled the bag tighter around her head. It was mid-June but nights still snapped with cold in these lower reaches of the Hindu Kush.

The door opened wider. Her fixer again, his voice insistent. Lola sat up and reached for her headscarf, the only article of clothing she discarded at night, even keeping her boots on, the laces merely loosened.
“Ho,”
she murmured. Yes.

“A call, miss.” He scooted her beeping satellite phone, freed from its generator recharge, across the dirt floor. It came to a stop against the edge of a rug whose rich dyes and labyrinthine swirls mocked the spartan surroundings. Lola cursed quietly, in English. Not even the most publicity-hungry warlord would call her at this hour. It had to be an editor. She flipped open the phone without bothering to look at the number. “Don’t you people ever think about time zones?” she asked. Then sat up straighter.

“You’re not serious,” she said.

And cursed again, not bothering to whisper this time.

A
WEEK
later found her over the Atlantic, encased within a sleek, gleaming cylinder, its occupants as well-upholstered as the seats, not a Kalashnikov in sight. She’d spent so much time among the casually over-armed that the sudden absence of weaponry unnerved her. Below, the rumpled grey sheet of ocean billowed and flattened. Lola shifted, trying to get comfortable, and apologized for elbowing the person next to her. She wondered when her newspaper had stopped paying for business class on overseas flights. She was too tall for coach. Still, she took a moment to savor the fact that the people around her seemed to take things like flight attendants and readily available alcohol for granted. She calculated drink against dosage, broke a sleeping pill in half, and signaled for a glass of wine. She’d already prowled the cabin’s aisles twice, staring hard-eyed at her fellow passengers. But she’d been gone too long. They all looked alike. She’d lost the ability to read her own kind. The pill lay halved and crumbly-edged on her tray table.

She couldn’t remember the last time she’d tried to sleep on a plane. She’d spent too many years trying to get to the sorts of places that sane people sought to leave, traveling there on rusting prop planes of questionable pedigree flown by pilots of dodgy backgrounds under conditions that made her wonder why she’d ever fretted over an assignment of window versus aisle; each new trip a gut-liquefying opportunity to wonder when luck would turn on her, demanding payment for past excesses of hubris. She didn’t sleep on planes but she would damn well sleep on this one, grab a few hours of oblivion to stave off the reality of that phone call. She scooped up both halves of the sleeping pill and swallowed them dry. She hit the call button again. The attendant was at the front of the plane, the first-class curtain pulled aside, speaking to someone there. She glanced back and kept talking.

Lola balled her napkin within her fist. She leaned into the aisle. Such a short, straight shot, almost too easy, even given the improbable physics of wadded paper and pressurized cabin air. She cocked her arm, then whipped it forward. The napkin streaked the length of the aisle and hit the attendant between the shoulder blades, bouncing into someone’s drink with a soggy splash. Lola pressed the call button again. The flight attendant turned, the expression on her face an unmistakable emergency warning.

The Midnight Choir by Gene Kerrigan
Beyond the Grave by Mara Purnhagen
The Jack the Ripper Location Photographs: Dutfield's Yard and the Whitby Collection by Hutchinson, Philip
Alex Ferguson My Autobiography by Ferguson, Alex
A Question of Impropriety by Michelle Styles
The Cassandra Sanction by Scott Mariani
The Celestial Globe: The Kronos Chronicles: Book II by Marie Rutkoski
Psychobyte by Cat Connor
Yesterday's Bride by Susan Tracy
B0161IZ63U (A) by Trevion Burns