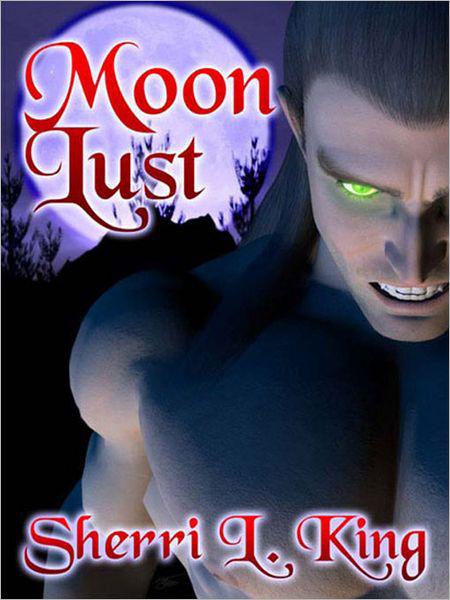 During Brianna's trip to the Ural Mountains of Russia, a life-threatening accident places her at the mercy of a strange, reclusive man. A man whose secrets and unquenchable hunger will change her life forever . . .

An Ellora’s Cave, Inc. electronic publication in association with author:

This book/e-book may not be reproduced in whole or in part by email forwarding, copying, fax, or any other mode of communication without author and publisher permission.

Today was her birthday. As of 9:20 a.m she was no less than 32 year
s
old. Brianna sighed, sending a puff of steam out into the frigid air.
So why am I out here, in the middle of the Ural Mountains, listening to a tour guide drone on and on about old growth forests in Russia?

Because she’d made a promise to a dying man, that’s why. Her eccentric though much beloved Uncle Alexi had always wanted to revisit the land of his birth but had never had the chance. After the death of her parents Uncle Alexi had raised her like a daughter. So for years he’d been too busy caring for her and overseeing his international forestry conservation projects to take the time for himself. As time wore on, Brianna had grown up and helped him in his conservation efforts…but he’d never found the time to get away.

He’d asked her to go in his stead.

“You must see the mountains and forests, Bri. Promise me you will go when I am gone. They are so beautiful the angels weep with envy. I want you to see them. Perhaps you will weep too, eh?” He tried to chuckle, but his body had been too weak with the cancer. He’d died that very day, but only after she’d vowed to visit his homeland.

Uncle Alexi had been right about the Middle Ural region—it was breathtaking. The air, though cold, was crisp and clean—so clear that one could see for miles in the higher regions. It was humbling to stand among the dense forest of trees as she was now, but it was also…
spooky
.

Brianna wasn’t sure why the beautiful landscape should inspire such an uncomfortable fear within her—but there it was. She felt nervous, edgy.
Hunted
. As odd as it would sound to anyone else who knew her, she’d felt this way for two days now. Ever since she and the thirteen other people in her group—tourists, students, guides—had entered a particularly dense region of old growth forest.

For two days, she’d felt stalked by some unnamed fear. She could almost swear that if she turned at just the right moment she’d see a monster bearing down on her. Not even the beauty of the land and wildlife could take her mind away from that awful, hunted feeling.

It didn’t help that every hour or so she caught a glimpse of something in the forest out of the corner of her eye. Like now, when something low and swift darted between the trees, obscured by the dense vegetation…

She bit her lip. Her guides had mentioned that the area was teeming with wildlife—especially foxes and wolves. Brianna found herself hoping that the shadows she so frequently saw between the trees were just the curious forest inhabitants and not the monsters of her imagination.

She blinked. “You’re losing it,” she murmured to herself. “There are no such things as monsters.”

Realizing that she’d lagged behind the group while lost in her thoughts, she hurried to catch up. She yelped as she tripped, failing to notice a protruding root in the ground. Stumbling, she was unable to regain her footing. Loose sediments gave way as she tottered, sending her skidding.

Brianna fell off the path, gasping as she watched herself uncontrollably race down the face of a steep ravine. “Oh god!”

Her eyes widened as a piercing howl rose up into the sky. Crying out as her head struck a rock, she quickly surrendered to black unconsciousness.

“Drink this, Brianna, it will help warm you.” The voice was dark and far away. The words were English, but the accent was thick and Russian. Brianna struggled to open her eyes, and the light that penetrated through the slit she managed sent shards of glass splintering through her mind. She felt a cup pressed to her mouth, and a warm, comforting liquid trickled down her throat.

Too soon the warm drink was taken away, and a hand came to smooth the hair away from her brow. Her body was sore, and it was difficult to use her arms and legs. It took several seconds for her to realize that it was hard to move not because of injury, but because several heavy blankets were piled upon her, weighing her down.

“You suffered a fall. You took a fever in your weak state—I have been nursing you back to health,” the voice said soothingly.

“Where am I?” Her voice was raw and barely discernible.

A soft, masculine chuckle sounded close to her ear. “You talk in your sleep.”

The hand at her brow trailed down to caress her cheek. It felt cool against her fevered skin. The covers that had imprisoned her were pushed aside, and she felt the chill of the air as it caressed her naked flesh. “You are very beautiful,” he said roughly.

She tried to protest as hands palmed her breasts and plucked at her nipples, but to no avail. Her eyes would not open, her lips would not form words. She felt drugged and listless, too weak even to cry out.

Cool lips pressed softly against hers, even as she struggled for words. Sharp teeth nipped at her mouth, gentle now but with a promise of passion and danger. All the while, fingers played with her nipples, plumping them and tugging them in a way she found incredibly arousing, though it should have only made her nervous and uneasy.

Who was this man? How had he found her? She remembered the fall but then…nothing. How long had she been here with him?

She turned her head away from his kiss, but he was undeterred. His lips moved down her jaw to her neck where he brought his teeth to bear upon her. Stinging little nips at her tender skin made her gasp, and he laved the tiny hurts with his tongue. He growled softly and moved his head downward over her collarbone, biting and suckling as he went.

His hand plumped up a breast, and she felt his hot breath play over her nipple a split second before he licked her. His tongue licked a long, wet path from her nipple to her throat and onward to her lips where it speared between them to delve inside. She could not contain a moan of arousal as he masterfully kissed her.

Whoever he was, he was the sexiest kisser she’d ever locked lips with. And even though she was utterly at his mercy, she felt no fear now. She somehow sensed that this man would not bring harm to her. He seemed content to kiss and caress her, the feelings he evoked enjoyable despite her weakened, weary state.

His mouth moved down once more and latched onto a swollen nipple. She moved beneath him, no longer striving to get away, wanting only to experience more of this delicious embrace. He sucked upon her nipple, making wet noises as he feasted there. His hands were suddenly everywhere upon her, stroking her wherever he could reach.

Brianna felt his fingers slip between her thighs, and she opened her legs wider for him. Whatever madness drove him now seemed to drive her too, and she welcomed the feel of his fingertips as they parted the lips of her labia to stroke her. He unerringly found her swollen clit, and pressed it in such a way that lightning seemed to shoot straight through her.

He abruptly pulled away from her, making her gasp in disappointment. “I apologize.” His voice was a low growl, his eyes penetrating. “I have restrained myself these past few days while I nursed you, but seeing you just now—awake and much recovered…I could not help myself. You will rest now—yes? You will grow strong with sleep
.
”

W
ith those last words Brianna felt him pull the covers back over her body. Despite the unfulfilled longing his expert touch had awakened in her, within moments she was asleep once more.

Ivan Davidovich Basileus looked down at his woman as she lay sleeping. Her bruises had faded to dull discolorations under her translucent skin, and the gash in her scalp was no longer swollen. Her feverish ramblings had ceased the night before, leaving her to a restful sleep at last. She was truly on the mend.

He would never forget the feeling of terror that had swamped him when he’d seen her fall down the ravine. How his heart had thudded in his chest when she’d gone limp at the rocky bottom, ending her fall in absolute stillness. He’d rushed immediately to her side, fearful of the worst.

After assuring himself that she was indeed still alive, he’d dragged her to his cabin deep within the wilderness. Here in the quiet stillness of his home, he’d seen to her scrapes and bruises with more care than he’d ever shown another living person. It was fitting, he thought, that she would inspire such protective instincts within him.

He wanted to wake her, to give her no time to protest that they were strangers, and take her like a beast. This wanting of her was like a fever eating at his body and soul, one he could not fight or control. He found himself unable to leave her side for more than a few moments at a stretch, wanting only to sit in the silence and look at her face and form.

There was no way for him to rationalize or explain his fierce attraction to her. She was not a great and ravishing beauty, with her plain brown hair and brown eyes. Her skin was translucent and delicate—lending her an elfin quality, but it by no means made her the stuff of a man’s wet dreams. She was thick through the bust and hips, traits that he loved on a woman—but that wasn’t a good enough reason for the strength of his desire for her either.

No, her physical attributes were not what made him lust after her like an animal. This desire, this
hunger
that he had for her went far beyond such a thing. What he felt was far, far more dangerous a thing than mere physical attraction.

In Medias Res by Yolanda Wallace
They Were Born Upon Ashes by Kenneth Champion
The Scottish Witch by Cathy Maxwell
The Submarine Pitch by Matt Christopher
Caleb's Blessing by Silver, Jordan
The Love Potion by Sandra Hill
Star League 5 by H.J. Harper
Slick by Daniel Price
The Engagement Deal by Kim Lawrence
Biker Bound: The Lost Souls MC Series by Ellie R Hunter