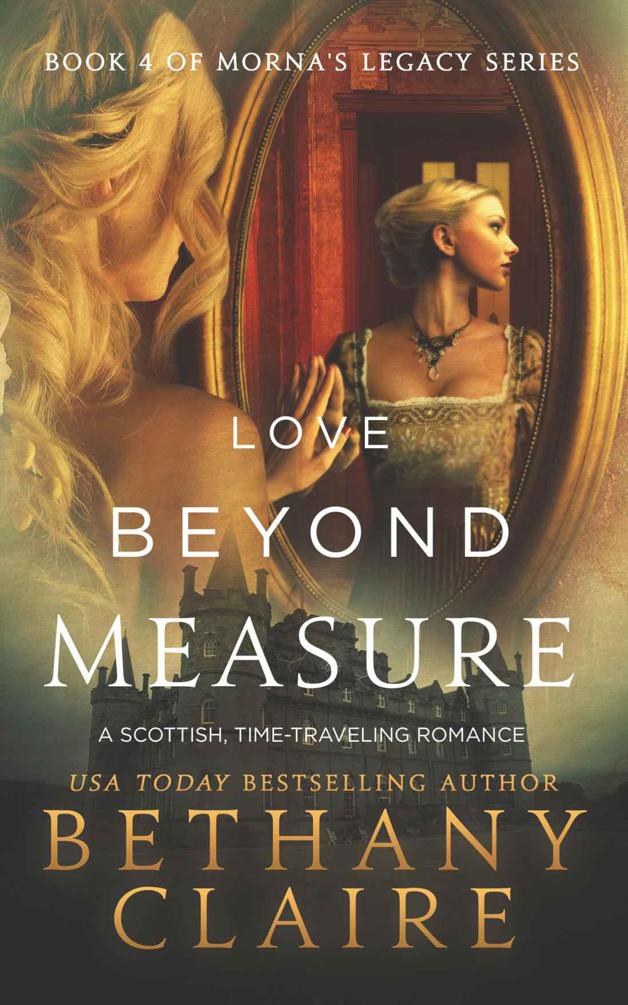 This story is a work of fiction. Names, characters, places, and incidents are either products of the author’s imagination or used fictitiously. Any resemblance to actual events, locales, or persons, living or dead, is entirely coincidental.

Formatting by RikHall.com and Author E.M.S.

Believing he’d heard something, but not sure enough to fully turn his head toward the sound, the corner of Cooper’s right brow lifted slightly.

I grinned, making sure not to stick my head out too far past the archway. I didn’t want anyone sitting in the outdoor aisles to see me. “Pssst…” I said it once more, waiting for the child to turn his head in my direction so that I could wave him toward me.

His bow tie hung crooked and his dirty blonde hair, which I’d gelled down only hours before, now stuck up in every direction, unruly curls descending over his face. He turned his head slowly, deep green eyes widening at the sight of me before the fading sun hit him square on the nose, spreading a soft light across the dash of freckles across his face. He squinted trying to make me out properly while his little legs fidgeted as he restrained from stepping away from his assigned spot.

Cooper’s mouth opened and then closed as I silently waved a finger in front of my lips, pleading with him to stay quiet. Turning the inside of my finger toward me, I extended it out so that I could gesture for him to join me.

It took only a brief moment before his feet found their freedom, and he ran toward me so quickly that I hardly had time to open my arms to him before he sailed into me. I smiled into his collar as he spoke, in what I could only assume was his full-hearted effort at a whisper, although it truly ended up sounding more like a breathy squeal.

“I thought maybe you were Dad! He bet me five dollars I couldn’t stand still until the end
of the ceremony, and I been just waitin’ for him to try to make me lose.”

“That does sound just like him, doesn’t it? He’s actually waiting for us in the car. How about the three of us get out of here?” I swung him onto my hip, not the least bit worried about smushing any of the lacy mess that covered me head to toe.

“What?” He made no effort to whisper this time.

I quickly took off in the direction of the car before we were noticed. It wouldn’t do for anyone to see that the bride and groom, along with their son, were about to bail away from their own wedding. I wanted to be at least off of the estate property before word got out.

“Shh…” I said nothing else, moving toward our favorite spot by the water. Thankfully, it also happened to be far enough away from the wedding crowd that no one would hear or find us there.

“Are we going to the swing?” He managed a real whisper that time, and the sweetness of it made me lean in to kiss him hard on his cheek. Still young enough not to have total disdain for his mother’s affections, he smiled and lay his head against my shoulder.

“Yes, we are. I want to talk to you a minute. Just you and me, before we go join your dad. How’d you know I was taking you to the swing?”

“Oh Mom, don’t you member that we always go there when we need
you and me
time at Grandfather’s?”

“Of course, I remember. We’ve just really never discussed it, so I’m surprised you picked
up on it is all.”

“I can see that. You’re very smart for a four year old.” And he was—exceedingly so. If it wasn’t for his small size, most would guess him to be a good two years older.

“Oh my, and you’re quite sure of yourself, too. That trait comes from your father.”

By now, we’d reached what, in my opinion, was the most beautiful part of my parents’ grand estate on Lake Placid. Nestled under a wide, broad-leafed tree that stood out among the many pine and spruce trees scattered throughout, hung a large white swing built so that it hung perfectly from one of the tree’s largest branches. Large cushions enveloped the floating chair. I collapsed into it, still holding on to Cooper as we fell back into the softness together.

I tugged playfully on one of his loose curls so that he’d look at me. “Alright. Enough with the ‘yeps.’” He giggled sheepishly at his orneriness. “I want to talk to you about something serious for a minute.”

He scooted away from my arm so that he could regard me fully and, with all the determination he could muster, pulled the expression on his face into one of sheer seriousness. “I’m ready.”

He regarded me sternly so that I would get on with whatever it was I wished to discuss with him.

“Ok. What did you think about all of this today?”

His eyebrows scrunched together as if he were thinking very hard about how he should answer. I reached out to squeeze his hand, reassuring him that he could say whatever he wished. “I…I think it’s weird.”

“How do you mean, Coop? What was weird about it?”

“Well, I know that I’m only little, but I been thinkin’ about this real hard.”

I smiled, no doubt he had done just that. “I’m sure you have.”

He glanced up at me beneath thick brown lashes, twirling his little fingers in nervous swirls before continuing. “And…I know that Grandfather thinks that moms and dads should be married, but I like things the way they are now. I heard something…”

He hesitated, gauging my reaction. He had a penchant for eavesdropping, and I could tell he worried I’d get on to him for doing it again. “It’s alright. What did you hear?’

“Last night, I heard Grams talking to Aunt Jane and Aunt Lily, and I didn’t hear everything, but she said it was wrong of Grandfather to push you into this, Mom. That you and Dad liked each other too much to get married.”

It sounded just like my mother. I only wished she’d said it to me and not my sisters. Perhaps I would’ve decided to call this thing off before the day of the actual wedding. “And what do you think about that?”

Cooper shrugged a little as he spoke, “I think she’s right, Mama. All Grams and Grandfather do is fight, and they’re married. So do Aunt Lily and Uncle Jim. I don’t want you and Pops to start fighting.”

“Pops?” I laughed at the oddity of it. He’d never called Jeffrey ‘Pops’ once in his life.

“I heard Dad calling Bebop that and I liked it. Thought I would try it out.”

“I see.” I grinned, messing with his hair. “Well, I agree with you and so does ‘Pops.’ Your father and I can’t get married. It wouldn’t be fair of us to do that to this family. But that’s why I wanted to talk to you, we
are
still a family. No matter whether me and your Dad are married, the three of us are a family. Do you understand that?”

“Yes, Mom.” He sighed, clearly believing that I had no reason to doubt his understanding much of anything. Honestly, I really didn’t.

“And one more thing before we join your father. I don’t want you to think that because you’re little that I think less of what you think. If anything, I value what you think more than anyone else because you are little.”

That…and I was slightly afraid he was already smarter than me, but I certainly wasn’t
going to say something like that to my son. I very much wanted him to think I was the smartest person on earth for at least another decade.

“Absolutely. Let’s get out of here.” Lifting Cooper out of the swing, I wrestled with the globs of white lace that gathered around me until I once again stood on two feet. Grabbing his hand, I peeked around the tree to make sure the coast was clear and we took off, running toward the front of the house where his father waited with our escape vehicle.

“Are we going back to the City?” Cooper’s words came out choppy, bouncing with every step his short stride took.

“For a minute we are, but I’ll do you one better. What’s the one place you’ve always wanted to go?”

In that instant, his little feet stopped moving completely, and I nearly took a tumble with the jolt at the sudden stop of his movement.

I laughed. He was four, nearly five truthfully, but still, how long could he really have been waiting? “Yes, you are. You’re going to go on a job with me.”

We neared the vehicle. Jeffrey must’ve seen us for he started the car, awaiting our approach.

“Do you mind taking off your jacket so that I can drape it over Coop? He’s asleep. Can you hear him snoring?”

“Gladly. Sweet sound, isn’t it?” Jeffrey held his arm out to me so that I would pull on his sleeve while he shrugged out of the tux jacket. Once free of it, I twisted so that I could reach into the backseat and drape it over our sleeping son.

Once I faced the front of the car again, Jeffrey reached over to squeeze my shoulder. “We’re getting close. Do you want to call the office to see if he’s even there? It’s pretty late.”

I shook my head, confident that nothing much had changed in Mr. Perdie’s routine since I took off work three days before for my wedding. “No, he’ll be there. He works so much he wouldn’t even come to our wedding, not that there was a wedding to come to, but you know what I mean.”

“Alright. Are you going to wear that?” He glanced at me, keeping one eye on the road.

“What are you saying? Do you think it’s too much?” I laughed, but quickly silenced myself so that I wouldn’t wake Cooper. “Don’t worry. He’ll be the only one in the office at this hour, and he’ll be so buried up to his elbows in work of some kind that I doubt he’ll even take notice of the fact that I’m in a wedding gown. So yes, I am going to wear this. I need to talk to him before we do anything else to make sure it’s alright that I start the job early.”

For the first time since all of the wedding madness began a few days earlier, I thought about the new job. Mr. Perdie had come into my office literally an hour before I was due to take off for the next two weeks for my wedding.

Apparently, an anonymous Scottish land owner had called Perdie, willing to donate a large sum of money to the magazine under the condition that we would do a lengthy piece on Scotland in an upcoming issue.

The call must have come as quite a shock to my boss. Not only did our readership seem to decline daily but, unbeknownst to the anonymous donor (or perhaps he knew quite well), our small travel magazine neared the brink of death, with only five more issues guaranteed. His donation would ensure that we could all keep our jobs for at least another five years.