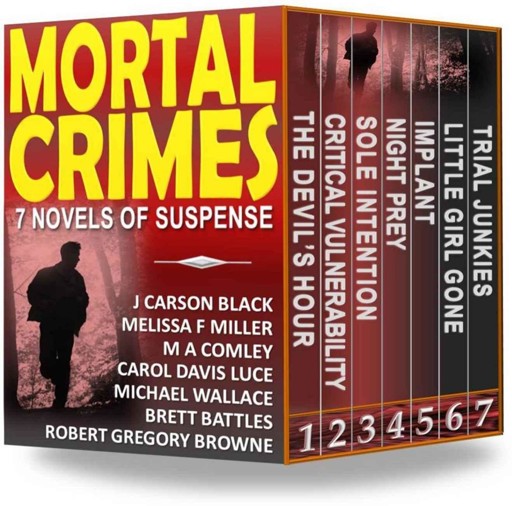 All works in this collection are copyrighted by their respective authors.
Published by Steel Magnolia Press

Copyright © 2007 by Margaret Falk. All rights reserved. No part of this book may be reproduced or retransmitted in any form or by any electronic or mechanical means, including information storage and retrieval systems, without permission in writing from the publisher, except by a reviewer who may quote brief passages in a review.

For my mom, who taught me at an early age I could be anything I wanted to be, especially a writer.

The bones found in a shallow grave at a construction area on Tucson's west side yesterday may belong to a missing Tucson girl. Kristy Ann Groves, 14, disappeared from her neighborhood on April 21, 1997, three miles from where the remains were found. Laura Cardinal, the Arizona Department of Public Safety detective in charge of the investigation, declined to comment pending further investigation.

The Man in the Moon

Steve Lawson was on his way back to the cabin when he met the little girl.

It was a beautiful morning, the kind Steve loved. As he hiked, his eye automatically catalogued the glittery trail of schist mixed in with the dirt along the dry creek bed, the granitic boulders flecked with biotite flakes and garnet. But this morning, he wasn't thinking about the geological events that had shaped these mountains. He was preoccupied with the message someone had left on his cell phone. He wondered if the message had anything to do with the break-ins.

Two nights in a row, somebody had broken into the tool shed behind the cabin. Nothing was taken, but last night they'd slit open a bag of potting soil and dumped it all over the shed floor. And then there was the message he'd retrieved from his cell phone earlier today.

The message had gone on for nearly a minute. Heavy breathing and then crying. A man's voice mumbling something unintelligible. The only word he could pick out was “Why?” After that, there was silence stretching all the way to the beep. A long, menacing silence. It had left him feeling edgy and ill at ease.

So when Jake, his black Labrador retriever, stopped abruptly on the trail, Steve felt a jolt to the heart.

Jake stood absolutely still, every muscle rigid. The soft flap of his ears pitched forward, and he growled low in his throat. The sound changed to a high-pitched mewl. Steve felt as if someone had pushed him in the back with a forceful finger. “Jake, what's the matter with you?”

Jake looked at him briefly, then back at the little girl by the creek bed. For a moment, Steve thought of the nearest neighbors over the hill—a family with several children and an angry pit bull chained to a stake out front. The children were unkempt and often stared at him with blank, sullen eyes as he drove by.

But this girl was nothing like those children. This girl looked well-cared for and happy.

She was anywhere from seven to nine years old. Her hair was the color of ripened wheat. She wore some kind of uniform—camp shirt, shorts, and hiking boots. At first he thought she was a Girl Scout, but the uniform was tan with green piping on the collar. Girl Scouts wore mint green. He knew that because he periodically encountered bands of Girl Scouts outside Safeway selling cookies with their mothers.

This girl was crouched down on her heels trying to dislodge a rock from the stream bed.

Steve was aware of all sorts of dynamics that would never have occurred to him even a few years ago. These days, a grown man's proximity to kids who were not his own, no matter how innocent, took on a cautionary aspect. Enough to make him self-conscious—the same kind of feeling he had when a credit card check by a cashier went on longer than it should have, the feeling that he was guilty, even though he wasn't.

He was thinking about what to say to her, all the time casting his gaze about for the girl's mother or camp counselor or classmate, when the girl saw him. She got to her feet. “Hi,” she said.

She brushed off the dirt from her hands on her shorts. “What a neat dog. Can I pet him?”

Steve glanced around for Jake, who was now ten yards down the trail behind him, sniffing at a fern.

“Jake,” Steve called out. The dog wagged his tail and manufactured a deep, loud whuffle, but kept his nose where it was. It was almost as if he didn't want to acknowledge either one of them.

“That's okay,” the girl said, but he could tell she was disappointed. She had a heart-shaped face, a sprinkling of freckles over her nose, and serious brown eyes.

“Normally—” Steve stopped. Why tell her Jake usually loved to meet people? “Are you with a troop? A camp or something?”

“Where are the other kids?” Wondering immediately if he'd said the wrong thing. Like he was sounding her out, something a child molester would do.

She just shrugged. “I'm looking for my book. Maybe you've seen it.”

“It's this big.” She held her hands about ten inches apart. “It's called
The Man in the Moon
.”

A breeze blew through the ravine. Abruptly, the warm aroma of pine needles was overcome by the stench of garbage. Steve glanced at his grandfather's cabin. They were downwind from the dumpster.

He was about to ask the little girl why she was looking for a book in the stream bed when his cell phone chimed.

It was his wife—his ex-wife. She of the purple PT Cruiser. Now she had a new SUV and he had the Cruiser, a car he felt ridiculous driving. A purple car.

“I just called to see if we were going to—just a minute.” Steve heard Julie talking to a customer as she rang up a sale.

He waited. A bee zoomed past his face. Jake was back, sprawled at his feet, panting. He glanced around for the girl, but she was gone. Must have gone back to wherever she came from. A summer camp, he guessed. Although he'd never seen anything like that on his walks with Jake.

He squinted against the sun, tried to pick her out on the trail above. Either she was the fastest kid in the world, or she was hiding somewhere.

Julie came back on the phone. “Are you still up at the cabin?” She didn't wait for an answer. “I've got a reading tonight, but after that I was thinking I could drive up and we could have a late dinner. We could go to Lemmon Rock and watch the fireworks.”

Steve broke in. “I'm pretty tired, Jules. I might just go to bed.”

“That would be even better.” Her voice coy.

He blamed himself for that. When they ran into each other at a concert a month ago, one thing had led to another and they had been seeing each other ever since. Steve was beginning to think it was a mistake. The attraction between them was strong, but he knew the underlying problems remained.

He was speaking into dead air.

Jake looked up at him with his golden acorn eyes.

Steve sighed and flipped his phone closed. “Do me a favor, will you, Bud? Don't say it.”

When they got back from their walk, it was one o'clock and Steve was hungry. Even though there were dry goods like soup and potato chips in the cabin, he didn't feel like facing the kitchen again. Instead, he drove down the mountain a half mile into Summerhaven.

His grandfather's cabin was one of the few that survived the forest fire which had devastated the mountain a few years ago. The ponderosas near Steve's cabin were untouched, but large swaths of the mountain were stark and blackened under the new summer grass and ferns.

He remembered his anticipation as a kid, the road dropping down to the last curve into Summerhaven, revealing the lodge and a couple of eateries and souvenir shops. The shade trees along the creek had been spared, but the old structures were gone. New houses and businesses were going up, bigger and grander, but lacking the character of the old cabins. Every time he drove in, he saw more raw wood frames, plywood siding, and finished mansions.

Steve left Jake in the shade outside the Mount Lemmon General Store and threaded his way to the cold case. He got a salami-and-provolone sub, Gatorade, and a pouch of doggie treats for Jake.

“How's it goin' up there?” the shopkeeper asked as he rang up Steve's purchase.

“Digging out little by little.”

“Your grandpa was a pack rat all right.” He placed the sub in a bag.

“Have you heard of any break-ins around here?”

“Somebody got into my shed. Didn't take anything, though.”

Steve hadn't thought of that. It made sense. He could see a bear tearing open a bag of potting soil. Looking for food maybe. And the phone call—that was probably just kids. A prank. As he turned to leave, Steve thought of something else. “Is there a girl's camp around here?”

Alight The Peril by K.C. Neal
No Perfect Secret by Weger, Jackie
Unos asesinatos muy reales by Charlaine Harris
Black Bridge by Edward Sklepowich
Out of the Shadow by J.L. Paul
Hired: Nanny Bride by Cara Colter
Made For Sex by Joan Elizabeth Lloyd
Anne O'Brien by The Enigmatic Rake
Empath (Book 1 of the Empath Trilogy) by Savage, HK
Cocktails & Dreams by Autumn Markus